Yesterday, we finally got our first glimpse of the long-awaited Apple Watch — the wearable that’s meant to set the standard for all future wearables. The real-time reactions from many in the tech sector provided the expected awe and admiration — TechCrunch breathlessly tweeted “It’s beautiful” within a millisecond of Apple’s announcement. But the fanboys and tech editors weren’t the only demographic Apple needed to convince yesterday.

Between the luxury- and fashion-world hires and the number of fashion editors in attendance at yesterday’s keynote, it’s quite clear that Apple is seeking the approval of the fashion sector with this one. What was their verdict?

“What the Swiss did was marry quality and craftsmanship with precision time-telling. If we’re looking for those qualities in the digital era, that’s what the Apple watch is about,” said Joe Zee, Editor-in-Chief of Yahoo Style.  “I didn’t think I was going to wear it pre-announcement, and now, absolutely, I like the practicality of it. I’m also a tech geek at heart, so for that reason alone, I would wear it.”

“I think it’s going to be huge,” said Joanna Coles, Cosmopolitan editor-in-chief, who hopes Apple will release a diamond version. “People can find out about themselves.  They think it will tell them something about themselves, they’re going to love it.”

But is it actually stylish?

“I would absolutely not rock it,” Arthur Kulkov told the Cut at a GQ party last night. “It looks kind of childish, like a toy. And a lot of companies have already come out with these watches. This is hardly original. I’d rather wear a sophisticated, manly watch.”

Said designer Todd Snyder, “I would never replace my Rolex for that watch.” 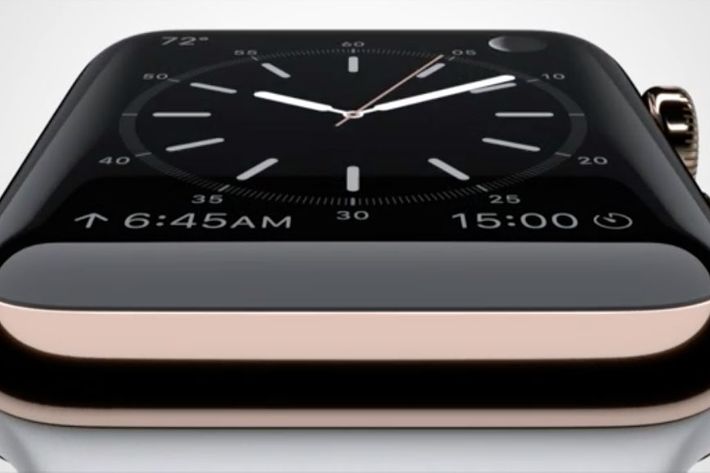 If a tech company expects the consumer to wear an item every single day, it has to be beautiful as well as useful. What the gadget actually does is ultimately secondary to how the gadget looks and feels. So let’s take a look at the aesthetics: The watch starts at $349, which puts it in the luxury market alongside, say, a Michael Kors watch. There are two face sizes — 38 mm and 42 mm — I’m guessing the smaller face is designed to make the somewhat masculine-feeling watch slightly more appealing to women. There are different ranges for consumers to choose from: the basic Apple Watch Sport and the higher-end Apple Watch Edition, which will come in rose or 18-karat yellow-gold. There’s also an emphasis on customization; bands can be removed and changed, and owners can select their detail colors and choose which digital image best reflects their personality. 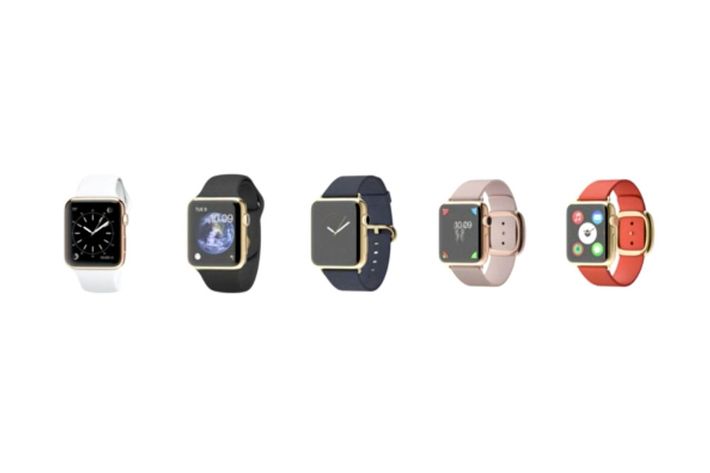 It doesn’t seem like a stretch to call the Apple Watch the prettiest smartwatch on the market. (The only real competition there is Opening Ceremony’s snakeskin-and-precious-stone wearable, the Mica, which was also announced this week.) But still, that’s not saying much. “I don’t think it looks that geeky,” said model and DJ Hannah Bronfman, “but I’m also not wearing it for the look. It’s changing the way people communicate.” Sabine Seymour, consultant and owner of wearable-tech company MoonDial, echoed that sentiment: “Form is not what’s going to sell this. It’s about the user experience.”

But maybe that’s okay, says Lucky editor Eva Chen. Instead of thinking of the Apple Watch as a Rolex competitor, she sees it as something new: “This is kind of like a whole new category of watch, but the thing is that most young women these days, they’re defined by technology, and they’re defined by how you use tech. I know it’s woven into every step of my day. What this needs to do is prove that it’s something that improves your life, tech-wise, but at the same time, it’s like you’re not embarrassed to wear it.”

keeping up with the royals 3:52 p.m.
Will and Kate’s Big Night Out (in Boston) The Prince and Princess of Wales touch down in Beantown on Wednesday.
yikes 3:31 p.m.
Rebel Wilson, We’re Confused Her new loungewear collection isn’t size-inclusive … at all.
crime 2:24 p.m.
An Ex-Cop Allegedly Catfished a Teen and Killed Her Family The former Virginia trooper was killed in a shoot-out with authorities last week.
holiday gifts 1:13 p.m.
17 Best Luxury Candles That Double As Great Holiday Gifts Including an affordable option.
celebrity 12:26 p.m.
Billie Eilish Is Amped to Be Dating Jesse Rutherford “Round of applause for me.”
do i need this? 12:10 p.m.
The Dapper Dan x GAP Hoodie Collab Is Back In four new plaid colorways for the holidays.
divorce 10:58 a.m.
Kim and Ye Are Officially Divorced Ye will reportedly pay Kim $200,000 in child support every month.
ask a beauty editor 8:00 a.m.
‘Is Dermarolling at Home a Good Idea?’ The issues with DIY microneedling aren’t as obvious as you might think.
parenting 8:00 a.m.
What Is It This Time? When my younger child recently woke up barfing, I tried to figure out if she had RSV, flu, COVID, hand, foot, and mouth disease, or yet another thing.
By Lydia Kiesling
fashion Yesterday at 5:23 p.m.
What to Know About the Balenciaga Ad Scandal The fashion house is under fire for two separate campaigns that consumers say promote child exploitation.
why is your skin so good Yesterday at 5:08 p.m.
How Kelly Rowland Gets Her Skin So Good Her “obsessive” routine involves regular cryotherapy facials, lots of face tools, and multiple cleansers.
celebrity Yesterday at 3:01 p.m.
Meghan Markle Won’t Be Joining The Real Housewives Anytime Soon Fans will have to settle for watching her life on Netflix.
strength Yesterday at 2:56 p.m.
Country Singer’s Kids Are Naturally Ripped, You Freaks Jessie James Decker did not Photoshop abs onto her young children, okay?
is this flirting? Yesterday at 2:55 p.m.
So This Is How Ben Affleck Signs His Flirty Emails Is it a promise, or is it a threat?
gone sale-ing Yesterday at 2:40 p.m.
These 16 Cyber Monday Beauty Deals Are Still Going Strong Tatcha, Sephora, and Nordstrom are still offering some great discounts.
black friday Yesterday at 1:10 p.m.
17 Cyber Monday Fashion Deals You Can Still Shop From Everlane, Nordstrom, Saks, and more.
celebrity Yesterday at 12:52 p.m.
Hailey Bieber Shares Her Experience With Ovarian Cysts She revealed she’s suffering from a cyst “the size of an apple.”
crime Yesterday at 12:27 p.m.
What We Know About the Death of Shanquella Robinson A 25-year-old American woman was found dead while on vacation in Mexico. Authorities have issued an arrest warrant for one of her friends.
ask a boss Yesterday at 12:00 p.m.
‘Should I Give My Boss a Holiday Gift?’ All your questions about holiday gift-giving at work, answered.
dream date Yesterday at 8:00 a.m.
Bilal Baig Steps Into Their Comfort Zone Sort Of’s star and co-creator finds their sweet spot.
More Stories