Joe Zee is unveiling his next chapter. The former creative director of Elle  has settled into his new position as editor-in-chief at Yahoo! Style, and the relaunched site debuted today, just in time for the beginning of Fashion Week. The “cover story,” so to speak, features Jessica Biel, photographed by Pamela Hanson, with whom Zee once worked at Allure. Reached by phone today, Zee said he was settling in nicely to his new digital life. “I love being faster. I always walk fast, talk fast. So that’s me anyway,” he said, adding that, like so many of us, he wakes up with his phone plugged in and immediately starts digesting Twitter and Instagram. “Even when I was at Elle, I really wanted to touch on topics that were going on, like what was happening right now. And it was very hard to do it in print, because you have to find a way to package something and hope — and cross your fingers — that it was still relevant five months later.”

Committing to visuals, with an emphasis on original shoots, was an important part of his vision for the site — in addition to working with Hanson, he’ll soon be debuting one with Arthur Elgort. “Every single tile was approached like it was a [magazine] cover on a newsstand,” he says. “A magazine is an emotional thing. It’s not a tactile thing. I think people want to compare it to flipping pages. You don’t get excited about flipping pages! You get excited about what’s on those pages!”

Also on the horizon: Zee is continuing his popular column “A to Zee,” which ran in Elle during his tenure there, and will debut two new video series. “Fashion Bites” — which will be set, appropriately enough, at a diner (in the first episode, Carolina Herrera eats a grilled cheese sandwich!) — was inspired by a dishy conversation Zee had with Michael Kors over, of all things, fried chicken and sliders. “Unbuttoned” is a panel series aimed at getting behind the mythos of fashion, in which he gets assistants, casting directors, and more to spill on the realities of their industry. Most intriguing, Zee says he’ll be giving his audience a voice, and not just via comments and shares. He plans to live-stream fashion meetings and accept real-time pitches from readers, so start getting those ideas ready. 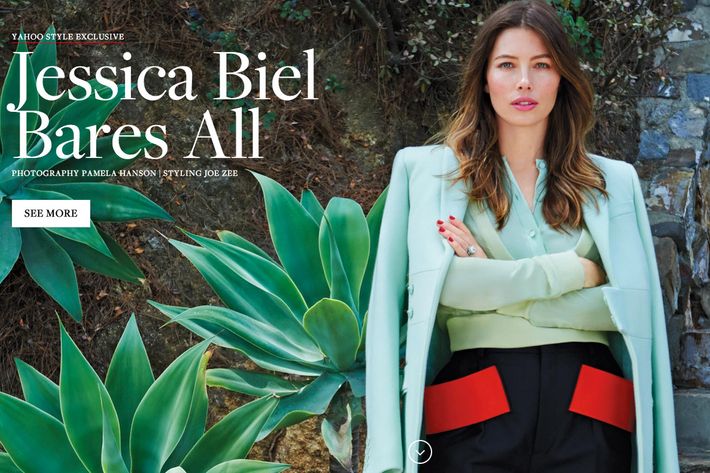