Few people hold any illusions about the long-term — or even not-so-long-term — prognosis for paper books as a commercially viable product (hint: not good). But a new graph just released by the Bureau of Labor Statistics (hat tip to Catherine Rampell) shows just how dire the situation looks when you take into account age-related differences in reading, and therefore purchasing, habits. Kids these days are not into traditional books. 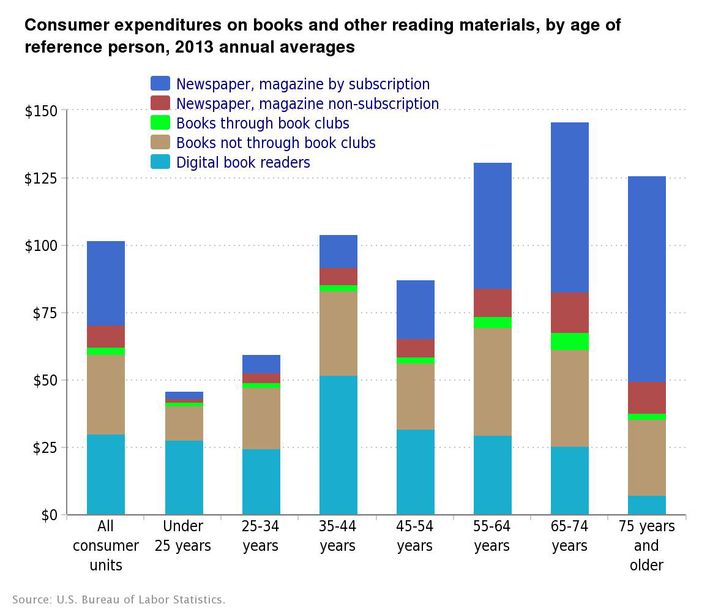 The accompanying post lays out the rather woeful numbers:

$12.56 per year! There was a time when that would barely buy you a single book.

The bright side, of course, is that reports of the demise of long-form reading appear to be greatly exaggerated. Young people are spending a fair amount of money on e-reading devices, which certainly jibes with the notion held by many that even as bookstores shut down left and right, in a broader sense, the last couple of years have been good ones for the #longform (ugh) world.