For anyone who spends a lot of time online, it shouldn’t come as a surprise that people are, in this Reddit thread and elsewhere, currently in the process of trying to come up with the funniest Ebola jokes possible. This is what certain sorts of people do, after all — seek to violate taboos the moment they come into existence.

As some comedians are fond of pointing out, basically anything can be joked about if you do it the right way. Ebola would seem to be a particularly tough subject — it is, after all, killing a lot of people at this very moment, so anyone attempting to joke about it has to scale a rather imposing initial wall of tastelessness.

But that doesn’t mean it can’t be done. Take these Ebola jokes, for example, all of which an admittedly small sample of New York staffers agreed were (1) at least decently funny, and (2) not horribly offensive:

-From Clickhole: “Ebola In The U.S.: Will It Ever Be Bad Enough To Where We Get To Stay Home From Work?”

-From some random corner of the internet: 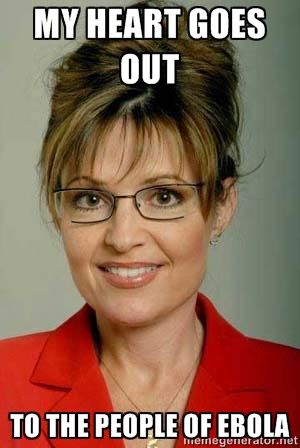 -From Twitter: someone who subsequently made the Tweet private wrote “how to cure Ebola https://pbs.twimg.com/media/BzNWbd7IIAECiqb.jpg” — the link is to this photo: 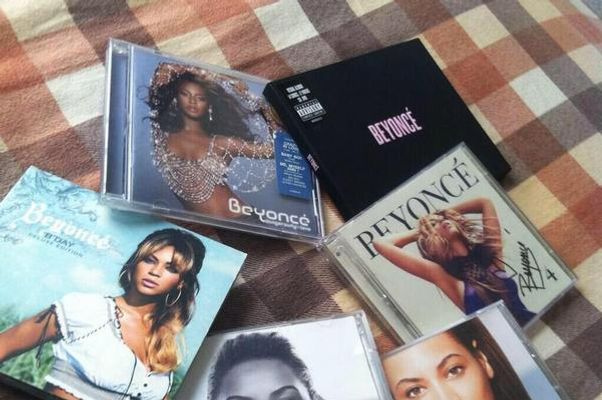 Why do these jokes work? Benign violation theory, a “general theory of humor” (are you laughing yet?) developed by Peter McGraw, a University of Colorado - Boulder psychology professor, in collaboration with Caleb Warren of Texas A&M, can offer up some insight here.

According to the theory, “humor occurs when and only when three conditions are satisfied: (1) a situation is a violation, (2) the situation is benign, and (3) both perceptions occur simultaneously.”

Do Different Things Make Liberals and Conservatives Laugh?
Explaining the Funny, Then Not Funny, Then Funny Again Joke

So how does this apply to the three jokes above? In all three situations, the violation is pretty obvious: We’re joking about a terrifying, tragic disease. But then think about the other elements: complaining about work, calling Sarah Palin dumb, and considering Beyoncé to be fierce. For most people, these are rather bland, benign expressions of opinion. So the jokes pull off a balancing act: We have the horror of Ebola, yes, but it sits alongside much more common, familiar subjects of jokes — and opinions that everyone (or at least everyone who’s the target audience) can agree with.

And, importantly, the jokes don’t target Ebola victims — as McGraw put it in an email, “the successful jokes use Ebola to make fun of someone other than an Ebola victim.” There are surely jokes floating around the internet that do target victims, but it’s likely they have a much narrower audience. (Maybe the same people who still watch Family Guy.)

So for those of you who truly have nothing better to do and are hoping to write the next great Ebola joke, your mission is clear: Read up on benign violation theory, find an uncontroversial target, and then hit the least mature Reddit thread you can find.

recommendations 3:00 p.m.
18 Best Butt Plugs You Can Buy Online According to experts.
okay?? 2:41 p.m.
Oscar Isaac Is Still Struggling to Explain That Red-Carpet PDA Apparently he and Jessica Chastain are … like flatworms?
love and war 2:03 p.m.
Tinder’s Fatphobia Problem The dating app’s hold on the culture began around the same time as the mainstream body-positive movement. So why hasn’t anything changed?
By Kelsey Miller
do i need this? 2:03 p.m.
Do I Need a One-of-a-Kind Piece From Éliou’s New Clothing Line? The collection will pair nicely with the beaded necklaces beloved by Harry Styles.
intimacy coordinators 1:17 p.m.
Amanda Seyfried Reflects on Feeling Pressured Into Nude Scenes “I didn’t want to upset anybody, and I wanted to keep my job.”
??? 12:12 p.m.
Prince William Apparently Has Another Sexy Nickname In addition to the “Prince of Pegging,” of course.
parenthood 12:05 p.m.
Mindy Kaling Does Not Care Who You Think Her Kids’ Father Is Apparently, speculation that it’s B.J. Novak doesn’t bother her.
sobriety 12:00 p.m.
‘Can I Stay Sober Without Counting the Days Since My Last Drink?’ If adding up the days one by one makes you feel bad, rethink the math.
By Ana Marie Cox
life after roe 11:20 a.m.
Mom and Teen Daughter Accused of Illegal Abortion Based on Facebook Messages Police obtained Facebook messages in which they discussed ending the then-17-year-old’s pregnancy with pills.
encounter 10:00 a.m.
Abbi Jacobson Knows the Pressure Is On A League of Their Own, her first big project since Broad City, premieres this Friday.
By Katie Heaney
celebrity Yesterday at 2:29 p.m.
Has Camila Cabello Moved on With a Dating-App Founder? She was recently seen holding hands with Lox Club founder Austin Kevitch.
culture Yesterday at 1:10 p.m.
How Jennette McCurdy Survived Child Stardom — and Her Mother She spoke with the Cut about her memoir, her mother’s abuse, and finding solace in Disneyland.
fashion Yesterday at 12:23 p.m.
Japanese Designer Issey Miyake Has Died at 84 Known for his innovative Pleats Please collections, Miyake was a fashion innovator for five decades.
ask a boss Yesterday at 12:00 p.m.
‘I’ve Been Overworked for Months and My Manager Won’t Help’ You need to be less invested in keeping your office running smoothly.
the bachelorette Yesterday at 11:51 a.m.
So, Who’s Going to Win The Bachelorette(s)’? Mid-season front-runners have emerged.
goat Yesterday at 11:49 a.m.
Serena Williams Announces Her Retirement From Tennis In a Vogue essay, she says she plans to step away from the sport after the U.S. Open wraps next month.
gone sale-ing Yesterday at 11:21 a.m.
Restock Your Fall Beauty Lineup During Dermstore’s Anniversary Sale These fall faves will keep your skin glowing like it’s summer.
all of the lights Yesterday at 11:00 a.m.
11 Light-Therapy Masks That Will Make Your Skin Glow Even after you take them off.
celebrity Yesterday at 10:20 a.m.
Did Rita Ora and Taika Waititi Secretly Get Married? Reports of an intimate London wedding have emerged after they were spotted wearing matching rings in Paris.
allegations Yesterday at 9:40 a.m.
All the Allegations Against Ezra Miller The actor has been charged with felony burglary in Stamford, Vermont.
More Stories