Internet harassment has been a big subject recently, first as part of a national conversation on cyberbullying sparked by several tragic incidents, and more recently by a certain video game controversy that shall here remain nameless. A new study just released by Pew helpfully breaks down who’s getting what sort of harassment, and the results show an inevitable — and depressing — gender aspect.

The basic story is that 40 percent of internet users report having been harassed, and one in five has experienced harassment they described as severe: 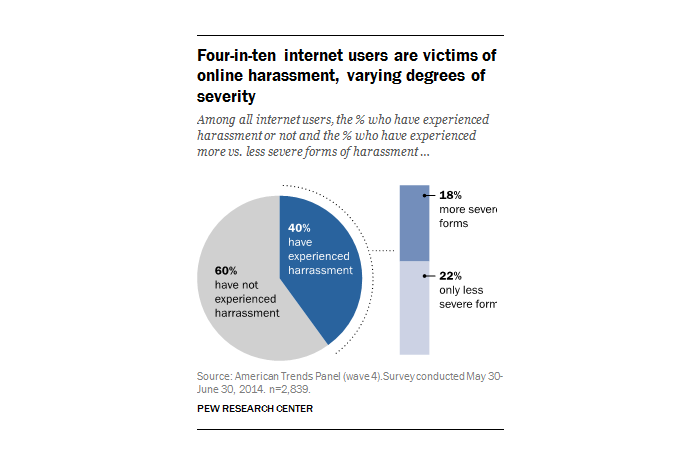 And at first glance, it seems like there’s some degree of gender “equality” when it comes to harassment (yay?): 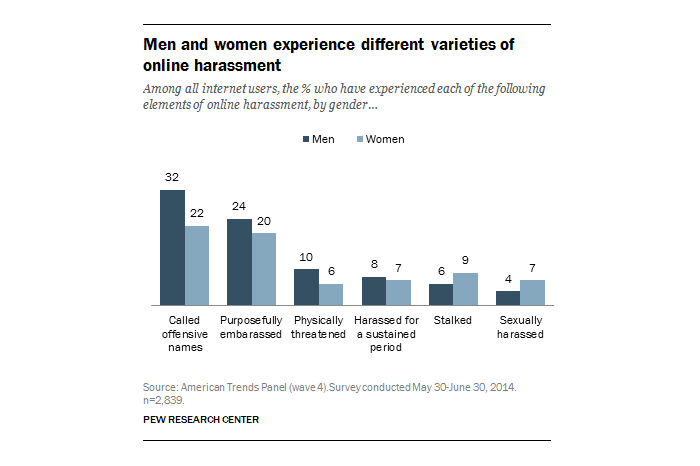 Alas, when you break things down further and look at the group of internet users most likely to experience harassment in general — that is, younger ones — some not-so-surprising disturbing things emerge: 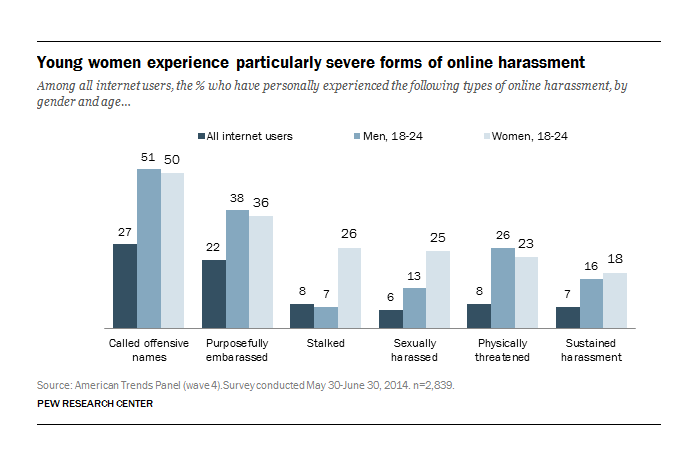 Pew is right, of course, to attempt to get specific about the different types of online harassment. Anyone who participates in an online conversation about a hot-button (or, sometimes, not-so-hot-button) issue is going to have someone call them a jerk or a hack on Twitter or other social media. That’s an unfortunate reality, and most of us develop a thick skin about it pretty quickly.

But even though the overall bulk of this standard, run-of-the-mill trollery targets men and women about equally, there’s long been evidence that women, particularly young ones, are a lot more likely to be victimized by harassment of a particularly obsessive and sexualized variety, a lot of which rises to the level of downright scary. Pew’s report adds to that evidence. If a quarter of young women online are getting stalked, something very toxic is going on.

Pew
Young Women Have It the Worst Online