Mission accomplished, sir. The groundbreaking video features straight, gay, and lesbian couples having sex alfresco on the beach, in the mountains, nestled in the mossy bed of a regal forest, amid the blossoming crops of an apple farm, and on the side of a highway against a vintage-looking royal-blue car. It’s like if a Google Maps camera caught you humping unawares amidst a Kinfolk photo shoot. Or perhaps the uncensored, unrated cut of Planet Earth. Simply stunning. 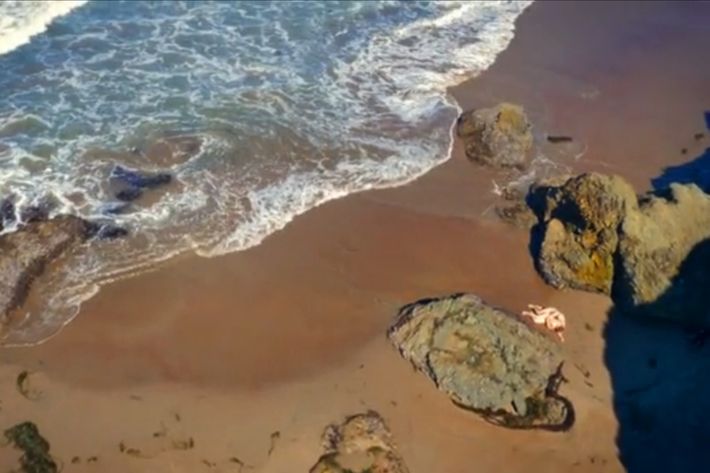