This year marks the 40th anniversary of Nicholas Nixon’s The Brown Sisters, a photo series that documents his wife, Bebe, and her three sisters, Heather, Mimi, and Laurie, with one portrait taken every year. The project began in August, 1974, when, apparently on a whim, Nixon shot a group portrait of the sisters. Displeased with the image quality, he discarded it yet took another portrait of the Browns a year later. Mimi, the youngest, was 15 at the time; Bebe, the oldest, 25. He saved that portrait and then took another the following year at Laurie’s graduation — at which point he asked the sisters whether they’d be interested in taking a portrait every year. The resulting 40 images are currently on display on the Museum of Modern Art and are also the subject of a new book, Nicholas Nixon: Forty Years of the Brown Sisters.

“These pictures grew out of my curiosity about and admiration of this band of beautiful, strong women, who first let me into their lives, then allowed me to try making one picture, then joined me in a tradition, an annual rite of passage,” Nixon, now 67, writes in the introduction to the book. Click through the slideshow to follow the Brown sisters through the past four decades, from the first portrait in 1975 to the most recent, taken this year.

Nixon will be at MoMA on December 8 to sign copies of his new book. 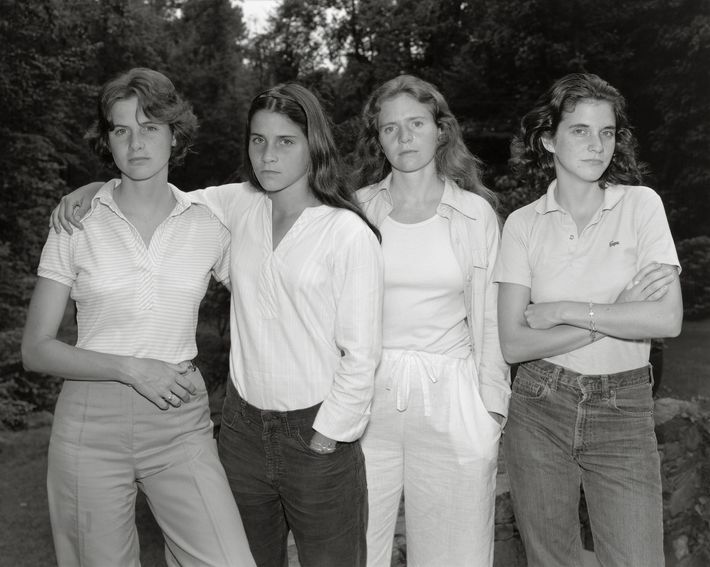 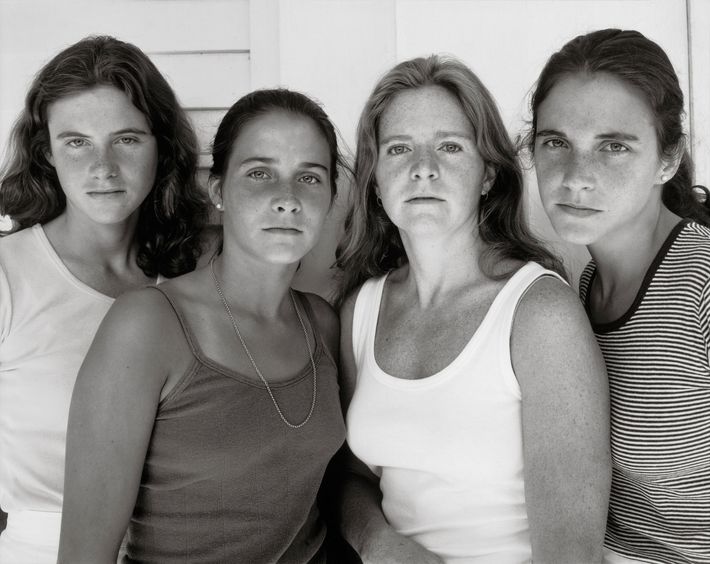 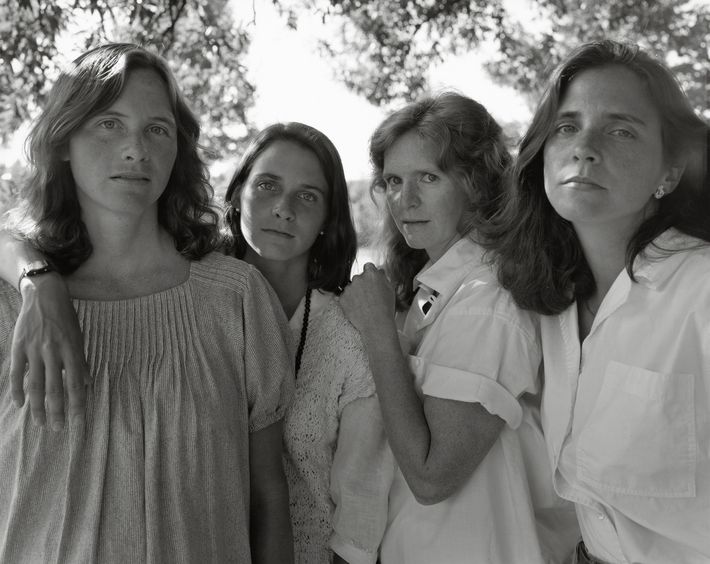 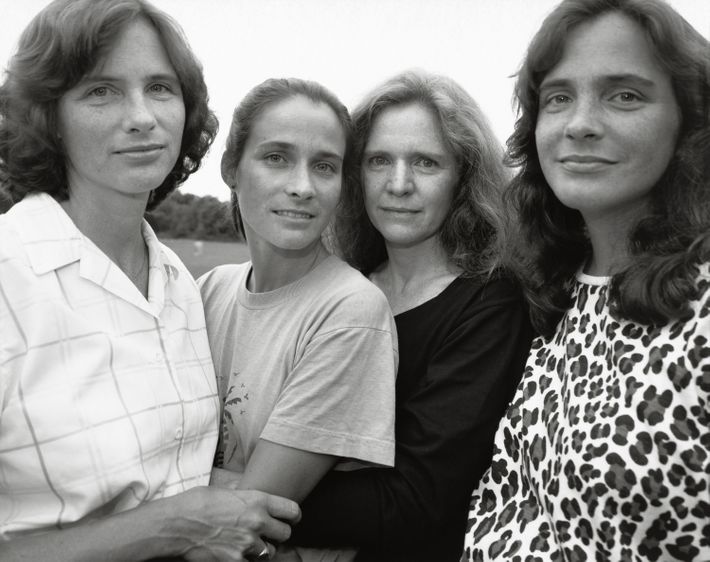 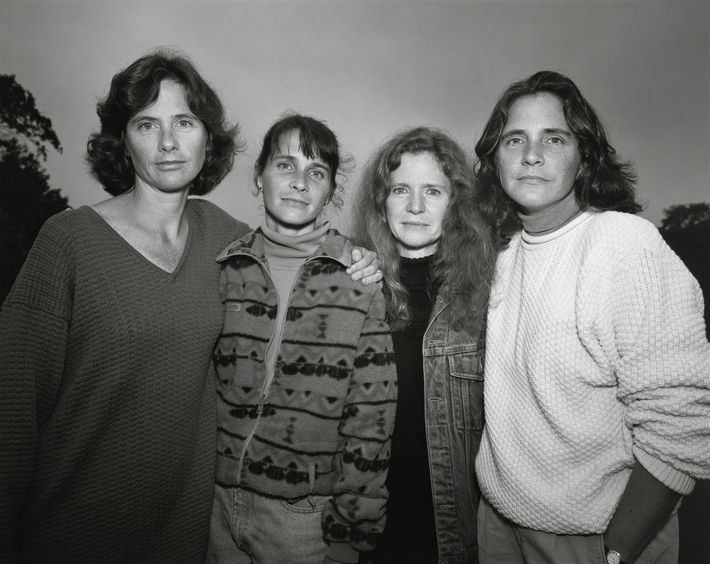 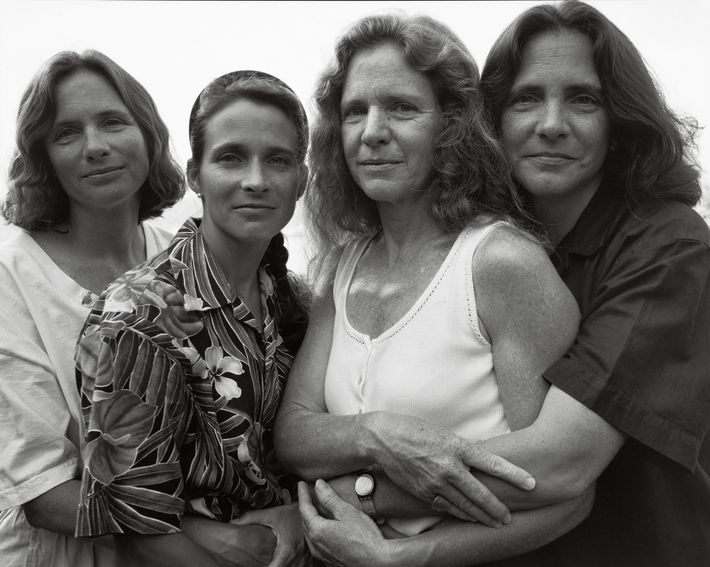 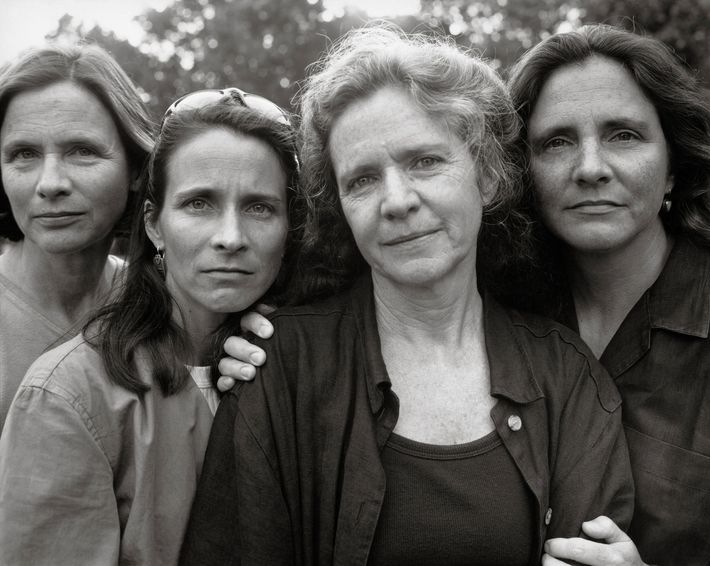 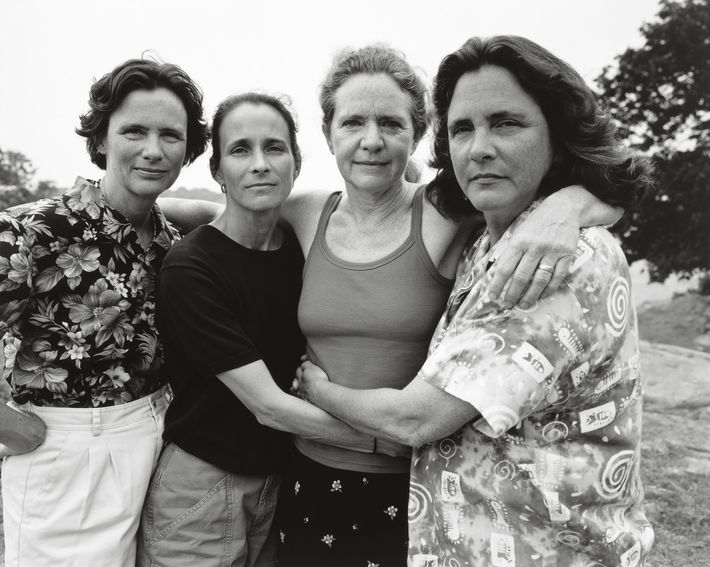 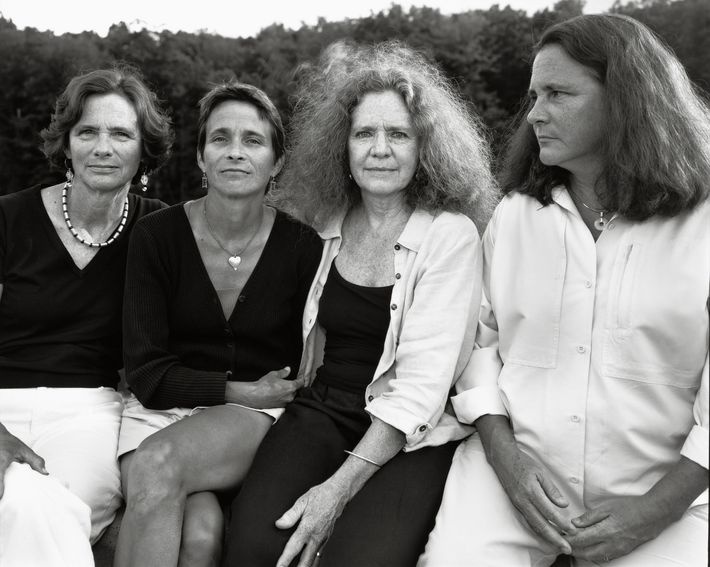 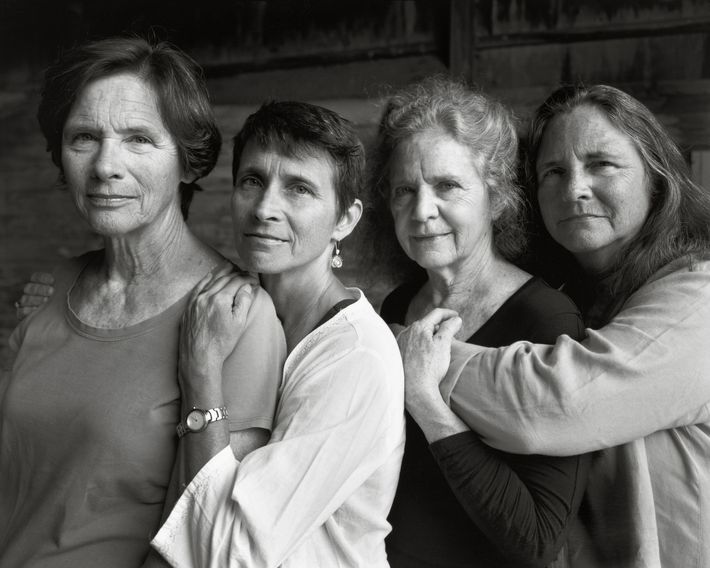 25 Famous Women on Getting Older

fashion 15 mins ago
Virgil Abloh’s Vision, on Full Display at the Brooklyn Museum We chatted with “Figures of Speech” curator Antwaun Sargent, who worked on the exhibition with Abloh before the designer’s death.
power 17 mins ago
Everything to Know About the WNBA Star in Russian Custody Legal experts say Brittney Griner’s trial is likely to end in conviction.
explosions 19 mins ago
Goop Candles Continue Their Campaign of Terror in the Hamptons Two men reportedly caught fire in a Sag Harbor Goop store.
gone sale-ing 12:00 p.m.
Your July 4 Sale Shopping Guide That NuFACE you wanted? It’s on sale.
rsvp yes 11:00 a.m.
Winning the Wedding-Season Marathon How guests with fully booked weekends are getting through it all. (Excel, mostly.)
By Emilia Petrarca
the kardashians 10:30 a.m.
I Can’t Shut Up About ‘Krissing’ A TikTok trifecta: Kris Jenner, catchy audio, and being obnoxious.
By Mia Mercado
allegations 10:23 a.m.
All the Allegations Against Ezra Miller In the past few months, the actor has been arrested twice, repeatedly accused of physical assault, and accused of brainwashing a minor.
life after roe 10:14 a.m.
Are Social-Media Platforms Censoring Information About Abortion? Facebook and Instagram have been restricting and removing posts intended to help people seeking reproductive care.
encounter 8:00 a.m.
Becca Tilley Gets Her Rose Coming out to Bachelor Nation wasn’t easy, but it sure felt good.
By Katie Heaney
the grub street diet 6:00 a.m.
Rachel Antonoff Names Her Pies “I’m like, ‘Do you prefer Bob or Judy?’”
By Rachel Sugar
crime Yesterday at 5:58 p.m.
A Mother Pushing a Stroller Was Shot and Killed in Manhattan Investigators say 20-year-old Azsia Johnson was shot at “very close range” while on the Upper East Side Wednesday night.
5 questions with... Yesterday at 4:43 p.m.
Saucy Santana on the Formula for Going Viral Santana makes viral videos in one take. He does so by staying true to himself.
the body politic Yesterday at 4:00 p.m.
The Abortion Stories We Didn’t Tell How decades of silence left us unprepared for the post-Roe fight.
By Rebecca Traister
pride Yesterday at 2:00 p.m.
‘I’m Trying to Focus on the Joy’ Celebrating 20 years of Pride in St. Petersburg amid Florida’s anti-LGBTQ+ crusade.
By Ashley Dye
that's hot Yesterday at 1:19 p.m.
Paris Hilton Has Her Priorities Straight No president is more important than Britney, bitch.
trendspotting Yesterday at 1:00 p.m.
The Bride Who Didn’t Care Meet the too-cool-for-tradition aesthetic.
By Laura Pitcher
power Yesterday at 12:40 p.m.
Ketanji Brown Jackson Is Officially a Supreme Court Justice She was sworn in on Thursday, becoming the first Black woman to ever serve on the bench.
celebrity Yesterday at 12:40 p.m.
The Investigation Into Meghan Markle Bullying Claims Is Over The findings will not be made public.
life after roe Yesterday at 12:00 p.m.
What Makes People Change Their Minds About Abortion? Pro-choice evolutions can take years, a timeline that feels painfully slow in this post-Roe moment.
life after roe Yesterday at 11:40 a.m.
The Uphill Battle to Codify Roe v. Wade President Biden has called on Congress to make an exception to the filibuster rule so it can reinstate federal abortion protections.
More Stories