Science of Us has been pretty on top of the paper towels vs. hand dryers debate, but some new evidence has just emerged, and it demands our attention. Because it’s gross. As part of a new study in the Journal of Hospital Infection, researchers from the University of Leeds lathered up volunteers’ hands in paint and then had them dry their hands using paper towels, warm-air dryers, or jet dryers — the idea being that paint would allow for an easy way to see which method was best at preventing the spread of germs to nearby surfaces (not to mention people).

Here’s what the warm-air dryer did: 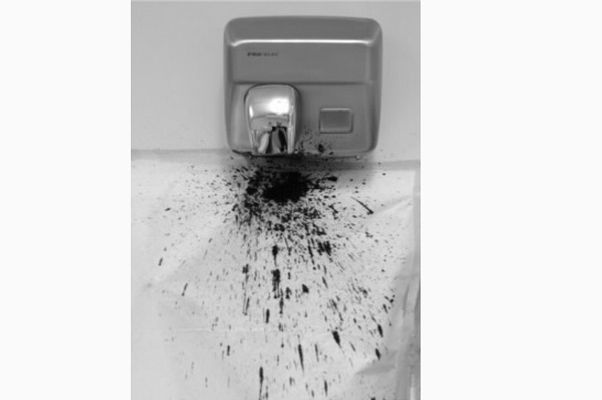 Ewww. In another part of the experiment, the researchers coated volunteers’ hands with lactobacilli, a harmless (I assume?!) bacteria, had them dry their hands, and then tested the air nearby. The final tally? The jet dryer left 4.5 times more bacteria in the immediate vicinity than did the warm-air dryer, and 27 times more bacteria than good ol’ fashioned paper towels.

So, yeah: While there’s an environmental case to be made against paper towels, it’s probably best to stick to them if you have the option.

Which Gets Hands Cleaner: Paper Towels or Air Dryers?

You’ll Never Want to Use a Hand Dryer Again