Coachella, the giant Instagram backdrop masquerading as a music festival, has finally taken a firm stance against the selfie-obsessive concertgoers who make up 98 percent of its ticket buyers. This year, the rules proudly state that “Narcissists” and the most beloved tool of the narcissist, the Selfie Stick, are both banned from the festival. (Native American—style headdresses are still A-okay, though.) 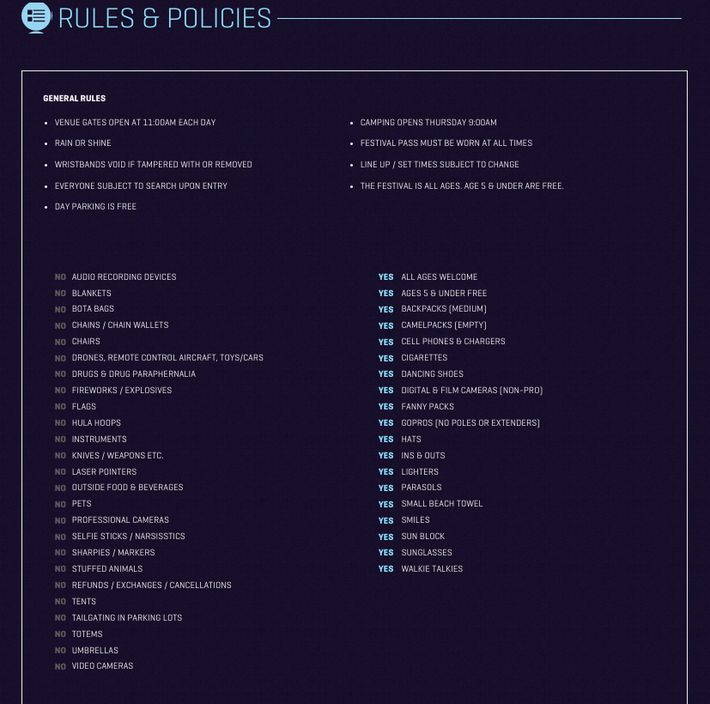 In other news, analysts predict that 2015 Coachella ticket sales will be the lowest in the festival’s history.