PARIS — The Place Vendome echoed with the sound of revving engines on Saturday night, as the annual Cash & Rocket tour — a charity drive through Europe — pulled into town. Thirty-five luxury cars, each of them painted lipstick red, came across the Chunnel from London and parked outside Valentino’s Paris premises, a glamorous pit stop before Lyon, Milan, and, finally, Cannes.

The tour’s group of all-female drivers and their co-pilots — among them Elena Perminova, Arizona Muse, model Ashley Graham, and Fast and Furious actress Michelle Rodriguez — are fund-raising for African charities, including OAfrica, Shine on Sierra Leone, and Sumbandalia, and have so far raised more than 1.4 million pounds.

Last night’s all-female guest list, dressed in either Valentino or Valentino red, boisterously toasted the end of their first leg before calling it a night at a surprisingly respectable hour. (There was, after all, an early start the next day and a pre-departure breath test to look forward to.)

Estee Lauder model Muse — with Stylebop’s Leila Yavari as co-pilot — was leaving the tour in Paris and seemed sorry to go: “This is my first year doing this and I got lucky because I’m in a Phantom Rolls Royce,” she said with a grin. Perminova, who clocked in to take her place, was very happy to use her Insta-stardom for a good cause. “I have a platform with over 900,000 followers and I just want to be able to help, to be able to ask them for help,” she said.

Twenty percent of the proceeds from Valentino’s Cash & Rocket capsule collection will go to charity. Click through our slideshow below for a look at last night’s party in Paris. 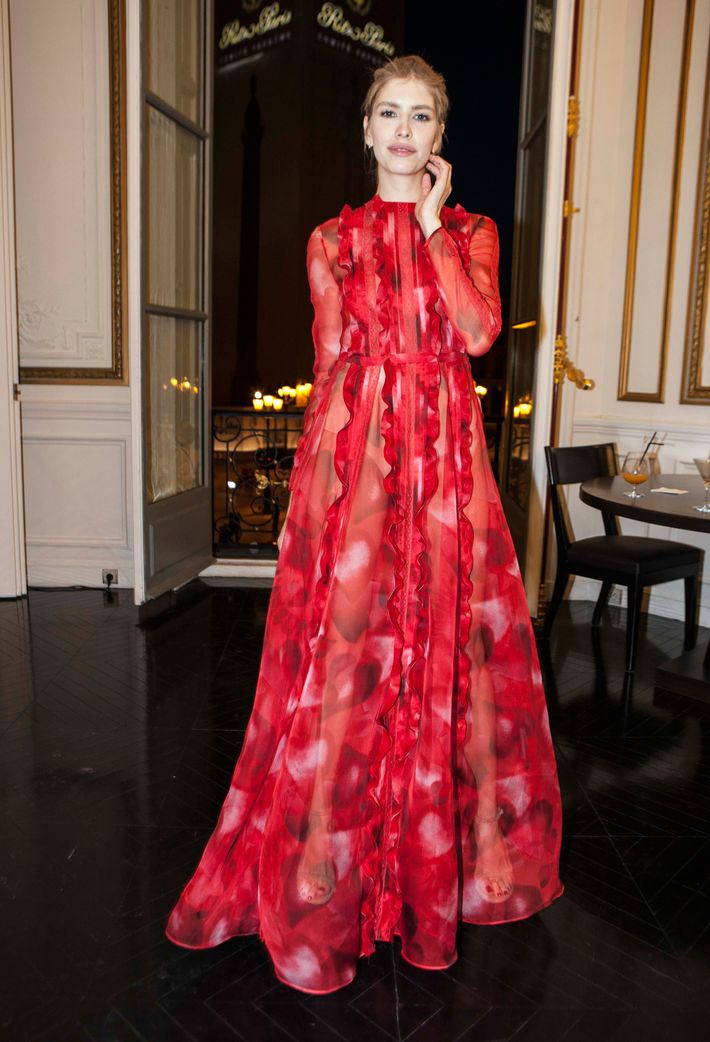 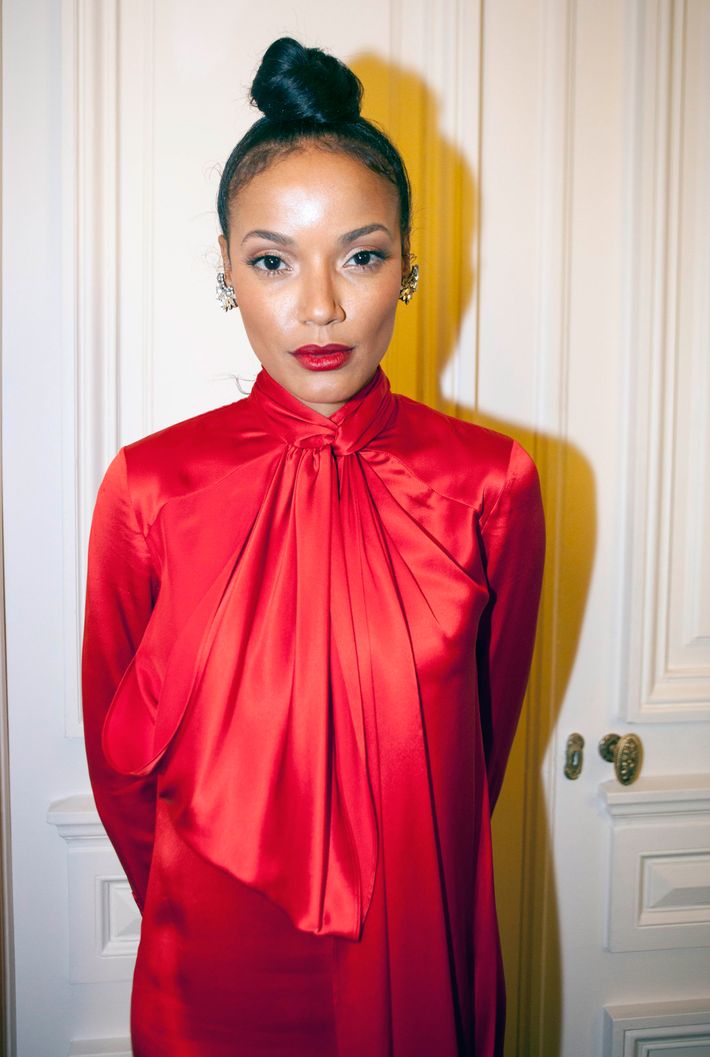 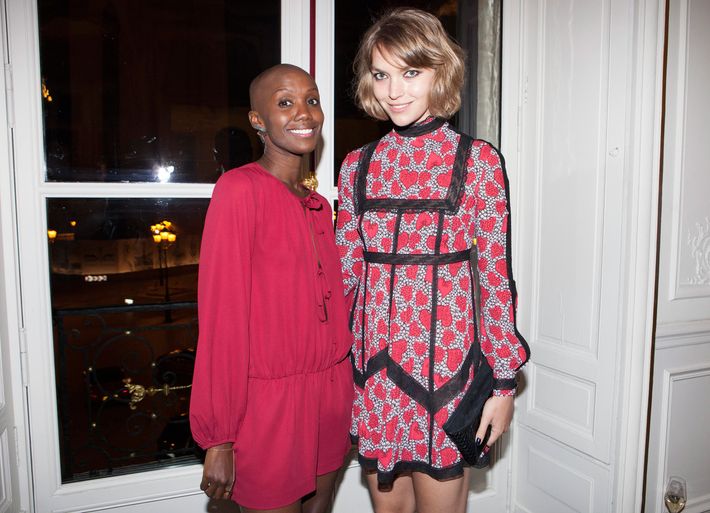 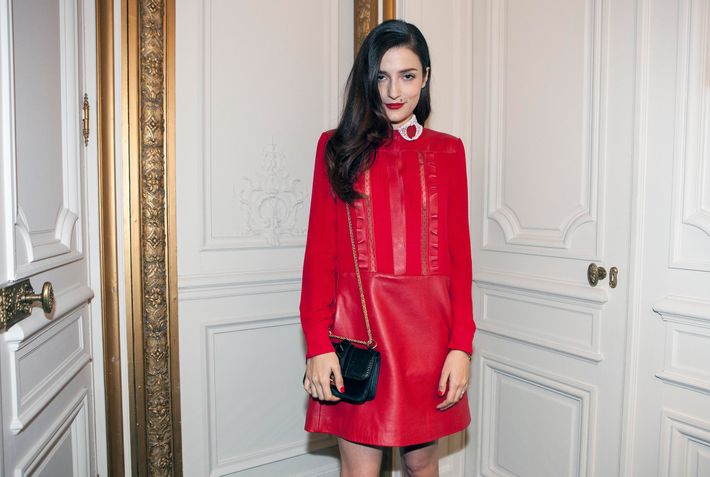 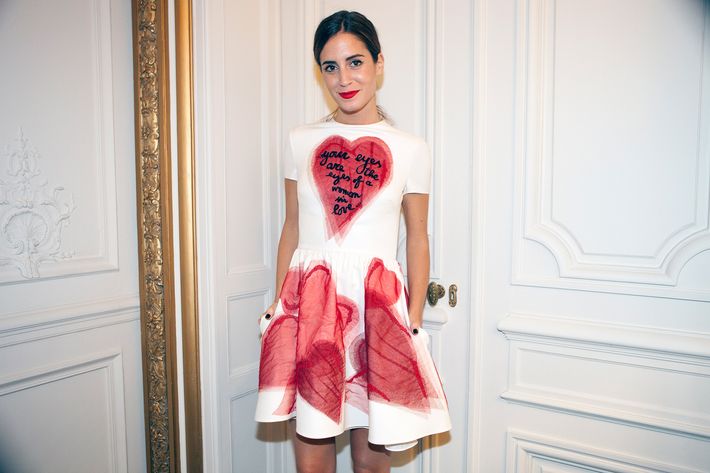 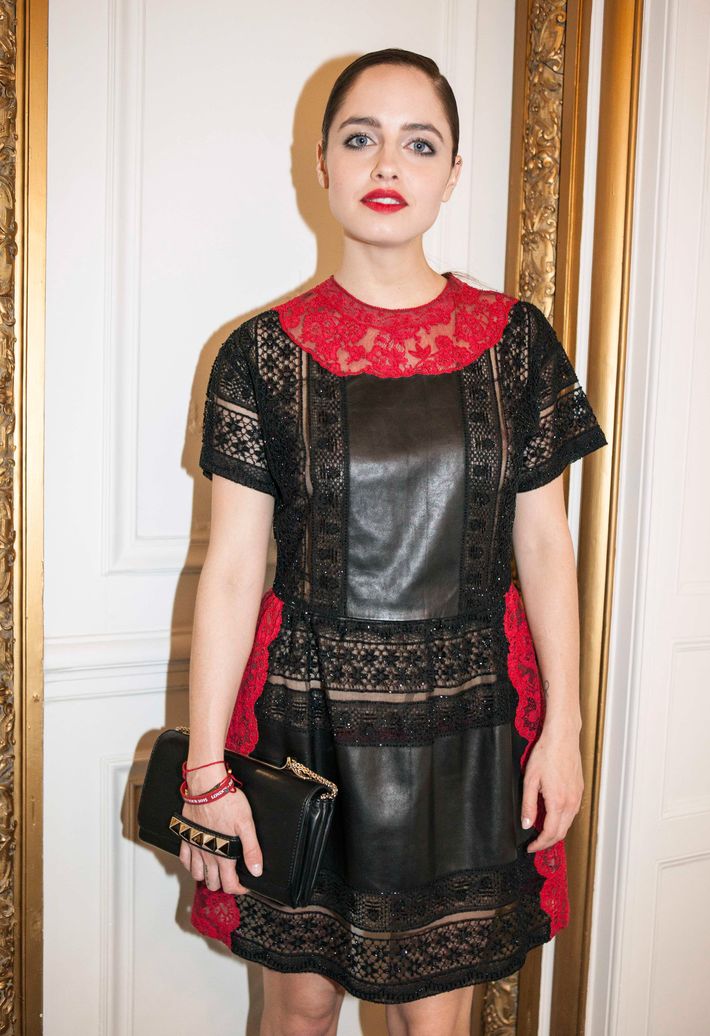 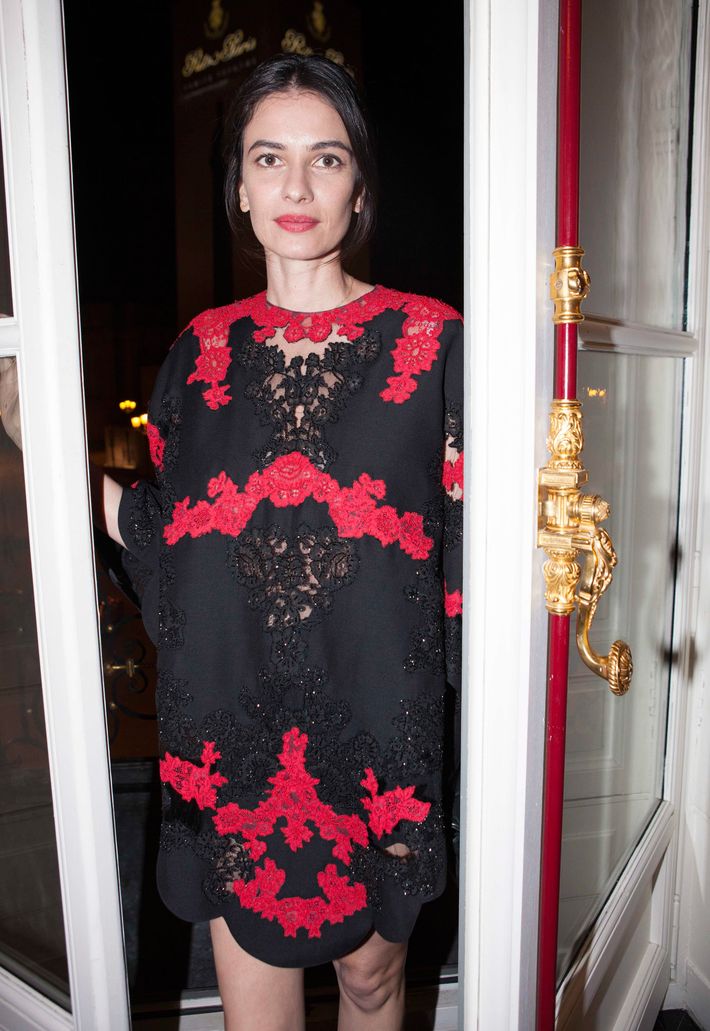 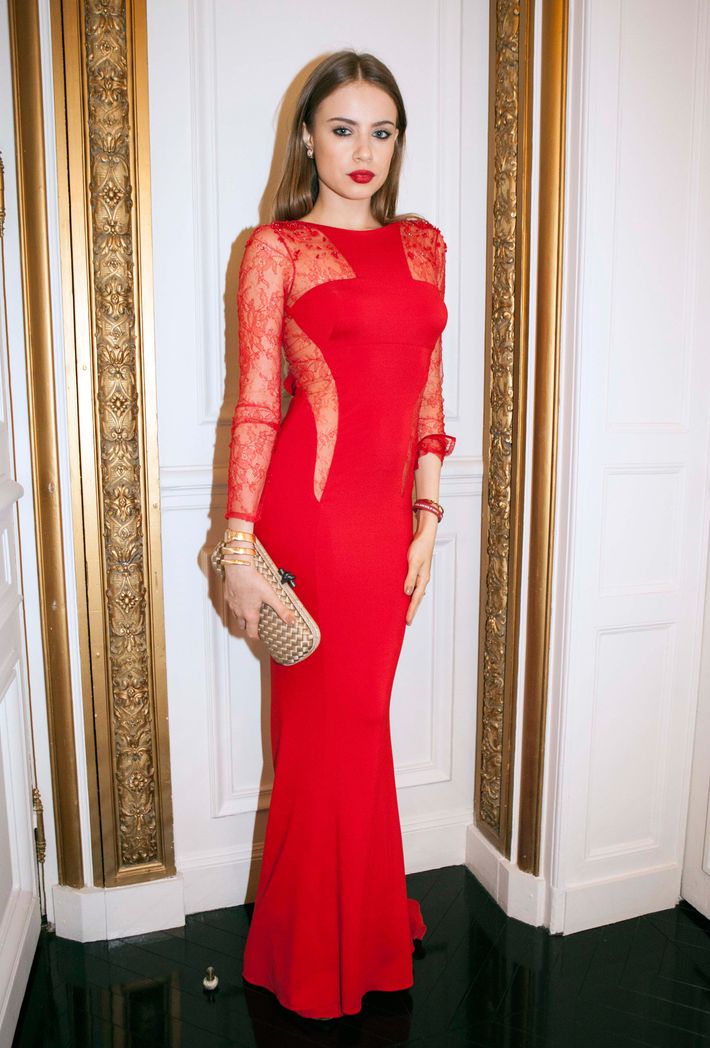 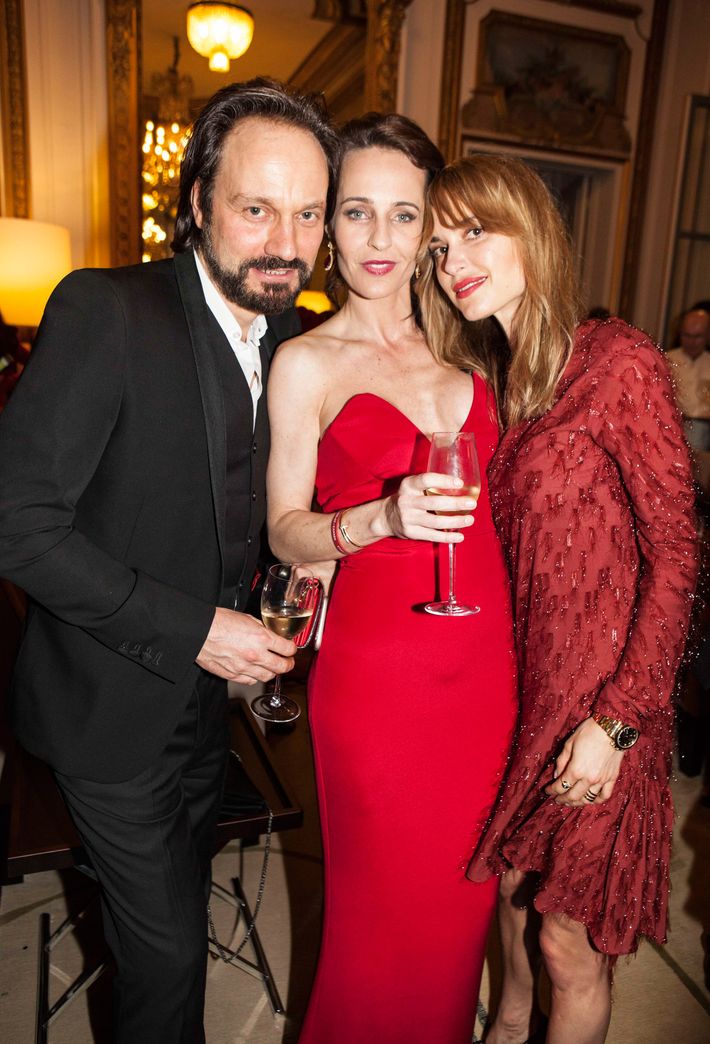 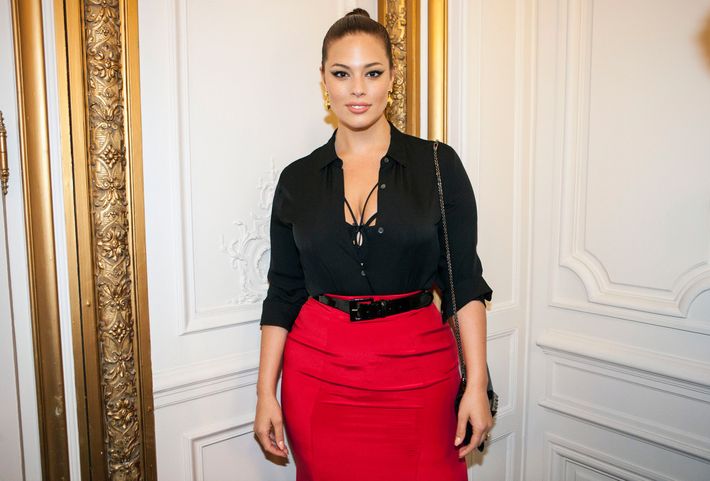 celebrity 13 mins ago
Excuse Me, Is Armie Hammer Really a Hotel Concierge? A staffer at a Cayman Islands hotel claims a perplexing flier circulating on Twitter was a joke.
paris haute couture 2022 14 mins ago
At Chanel, Simplicity Sings Plus: Houses are holding haute-jewelry presentations, separate from the shows, that have become part of Couture Fashion Week.
By Cathy Horyn
gone sale-ing 5:38 p.m.
14 Unreal Beauty Deals at Nordstrom Right Now Early access to its Anniversary Sale has kicked off.
gone sale-ing 5:26 p.m.
The Nordstrom Anniversary Sale Has Your Summer Wardrobe From Levi’s, Madewell, and Cult Gaia.
fourth of july 4:16 p.m.
Everything We Know About the Highland Park Shooting Robert Crimo III has been charged with seven counts of first-degree murder.
uvalde 3:48 p.m.
What We Know About the Police Response to the Uvalde Shooting One officer had the gunman in his sights but waited on permission from his supervisor instead of shooting, according to a new report.
the most fertile man 2:38 p.m.
And Now Nick Cannon Is Rapping About Parenthood “All of my children will always be friends / Even if they mamas is not in agreeance.”
sports! 2:10 p.m.
What Was Prince William Mumbling at Wimbledon? Some people think they saw him drop a royal F-bomb.
transphobia 1:43 p.m.
Celebs Keep Doubling Down on TERF Talking Points Bette Midler and Macy Gray spent the weekend spewing anti-trans rhetoric.
your next move 1:00 p.m.
‘Can I Back Out of a Job Offer a Week Before My Start Date?’ It’s never too late — but you don’t know what connections you may be burning.
explosions 12:40 p.m.
Two Men Caught Fire in Hamptons Goop Store?? Conflicting reports have emerged about the source of the reported blaze.
runway 12:20 p.m.
Two Very Important Blondes (VIBs) Walked Balenciaga Couture Actually three, if you count Kim Kardashian.
paris haute couture 2022 Yesterday at 8:08 p.m.
Dior Shines With a Strong Womanly Show It points to the craving for more female voices.
By Cathy Horyn
power Yesterday at 2:43 p.m.
Everything to Know About the WNBA Star in Russian Custody Brittney Griner sent a personal plea to President Biden.
reading list Yesterday at 10:00 a.m.
Honey & Spice Is the Ultimate Summer Romance Read Author Bolu Babalola is a “Romcomoisseur.”
self Yesterday at 8:00 a.m.
How to Help Your Friend Through Divorce There’s not a perfect universal script we can use to respond. But here are a few places to start.
in sickness and in health July 4, 2022
Travis Barker Is Feeling ‘Much Better’ He said he was hospitalized with “life-threatening pancreatitis” after an endoscopy went wrong.
extremely online July 4, 2022
I Can’t Shut Up About the Barbie Movie Each behind-the-scenes look is a sparkly pink hit of nostalgia and dopamine.
By Mia Mercado
celebrity July 4, 2022
Halsey Reflects on the Abortion That Saved Their Life “My abortion saved my life and gave way for my son to have his.”
swimwear July 4, 2022
21 Swimsuits Worth the Awkward Tan Lines From Everlane, ASOS, Ganni, Miaou, and more.
More Stories