While they’ve been cited — alongside fellow young labels like Mansur Gavriel and Kara — as part of the minimalist, anti-“It”-bag movement, sisters Kimberly and Nancy Wu don’t consider their emerging accessories brand Building Block to be minimal.

“I struggle with that label,” says Kimberly. “We don’t want to put excess product in the world, so we try to make sure everything we produce is wanted, needed, and has validity to be owned by someone, but to be labeled as a minimal brand would be surface-level.” Instead, she prefers the term “considered accessory.” Building Block takes an alternative approach to luxury and functionality — editing out the hardware and beautifying the bare bones. The handbags (and shoes, a recent addition) play with geometry while exposing features that aren’t usually considered luxe — rubber tubing, unfinished wooden objects, clear acrylic Lucite, and utility canvas. “Our bags speak to women who don’t traditionally like handbags,” Kimberly sums up.

Finding themselves bored with the “throwaway” fashion mentality and in search of a quality functional bag that wasn’t necessarily on-trend, the sisters started making their own bags four years ago. They both had design experience, but not in fashion: Kimberly was in Tokyo designing concept cars for Honda, and Nancy lived in Portland and designed shoes for Nike. The two exchanged sketches over Skype, while Kimberly found the materials, constructed the bags, and uploaded them to her blog. “It started off as ‘some girl in Japan’s experimental bags,’” Kimberly recalls. “But when stores started becoming interested we started talking about doing this for real.” They relocated to Los Angeles (where they grew up and went to school, at the Art Center College of Design in Pasadena), found manufacturers in Taiwan, and opened a studio and concept-store space with their friends Kristin Dickson-Okuda and Shin Okuda of Iko Iko. Building Block is now sold at various concept stores and online boutiques — including Opening Ceremony, Net-a-Porter, and the MoMA store.

The Wus’ shared background in industrial design underlies their approach to making handbags, which is a far cry from most designers’. No mood board, no trend reports — the designers are inspired by shapes, buildings, even product packaging, and create 3-D mock-ups in their studio to send out to their manufacturer. On their clean, simple e-commerce site, the accessories are simply listed under “products.” They hope to expand to furniture, watches, and men’s accessories in the future. “With industrial design, you’re thinking about the way that this product will affect the person using it,” Kimberly said. “It’s a lot about ergonomics and usability. We approach [making handbags] that way versus ‘This is just a bag that will sell well for the time being.’” 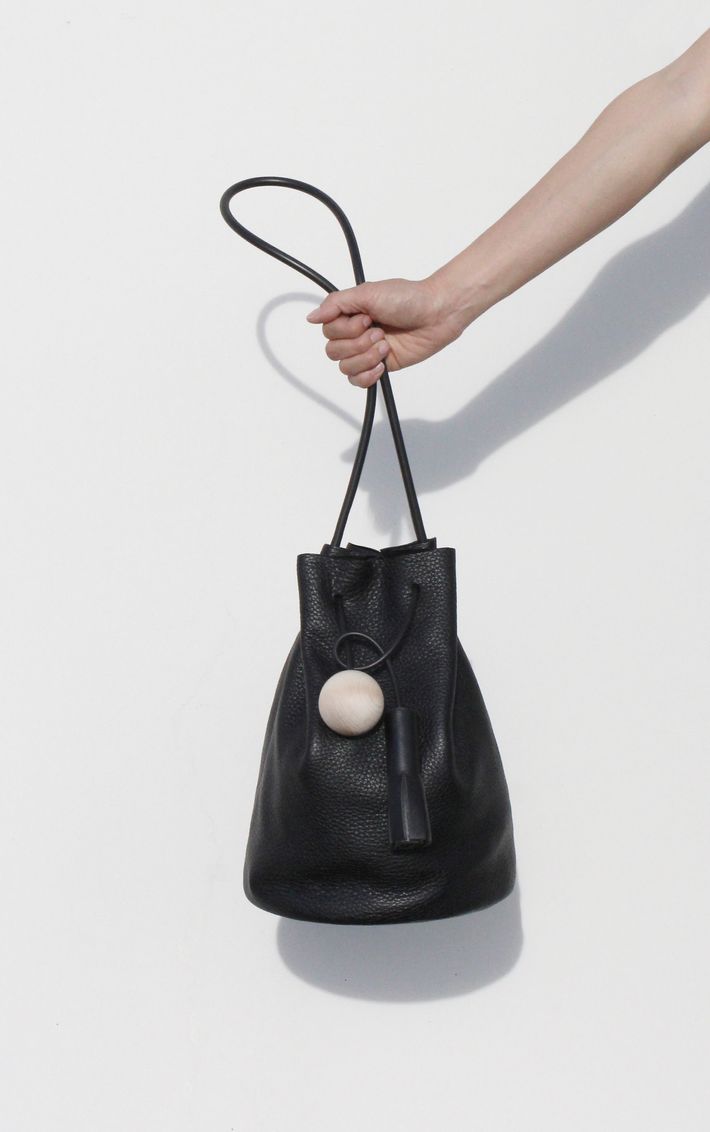 The sisters answered our Taste Test to gauge some of their fashion, architecture, and car preferences.

The colorful buildings in Havana or the modern architecture in Dubai?
Nancy: Cuba.
Kimberly: Cuba.

An Accessory Brand Made by Fashion Outsiders

astrology Yesterday at 8:30 p.m.
Madame Clairevoyant: Horoscopes for the Week of May 16 It’s Gemini season, but don’t let that scare you. Give the twins a chance.
By Claire Comstock-Gay
sex diaries Yesterday at 8:00 p.m.
The Woman Wondering If She’s Bisexual Enough to Come Out This week’s sex diary.
culture May 13, 2022
At the New Museum, Faith Ringgold and Women in the Workforce Rebecca Traister, Kimberly Drew, Paola Ramos, and Isolde Brielmaier kicked off a new speaker series from the Cut and the New Museum.

fashion May 13, 2022
Grimes DJs the Apocalypse at Louis Vuitton A billowing metallic dress with a high neckline was a natural starting point for the silhouettes that followed: boxy, oversize, and sculptural.
always shopping May 13, 2022
18 Weekender Bags That Aren’t Ugly From a luxury leather carryall to the Amazon find that costs less than $30.
the glow up May 13, 2022
This Week in Beauty News From new launches and Bratz wigs to major sales.
parties! May 13, 2022
The Bestest Party Looks of the Week  Bury me in Dove Cameron’s Saint Sintra skirt.
fashion friend May 13, 2022
Hey Fashion Friend: I Want to Go to the Beach, But I Don’t Want to Get a Wax Swimwear solutions to help you avoid grooming this summer.
big vegetable May 13, 2022
Does Kendall Jenner Know How to Cut a Cucumber? If this clip from The Kardashians is any indication … no.
extremely online May 13, 2022
It’s ‘Hot-Girl Walk’ Season TikTok’s least intimidating workout obsession isn’t really about working out at all.
5 questions with... May 13, 2022
Tierra Whack Hates Mushrooms (Not the Drug Type) The rapper is embarking on a new journey designing jewelry.
power May 13, 2022
Everything to Know About the WNBA Star in Russian Custody Russian authorities have extended Brittney Griner’s pretrial detention by another month.
abortion May 13, 2022
Why Were There Fetuses in Her Refrigerator? How a radical abortion opponent ended up dumpster-diving for remains.
By Sofia Resnick
seeing someone May 13, 2022
‘Why Isn’t Anyone Sliding Into My DMs?!’ This isn’t about you ‘not being hot’ on Instagram.
By Randa Sakallah
celebrity May 12, 2022
Chrishell Stause Is Having a Ball Coming Out on Social Media G Flip’s new music video “Get Me Outta Here” has arrived.
celebrity May 12, 2022
Kourtney, There’s People That Are Dying She cried “hysterically” after breaking her $1 million engagement ring. Hmmm, why does that sound familiar?
life after roe May 12, 2022
It’s Too Late to Be ‘Civil’ About Abortion Rights Democrats scolding people for protesting ignore just how much is at stake.
power May 12, 2022
Adora Perez Is Free Prosecutors dropped the charges against a woman sent to prison for her stillbirth. Advocates hope her case will be the last in California.
self May 12, 2022
This Underwear Is FDA-Cleared for Oral Sex Lorals are only the second product that has been authorized for protection against STIs during oral sex.
power May 12, 2022
Which Women Do We Choose to Believe? Amber Heard claims an extremely famous man abused her for years. Why do so many people hate her for it?
More Stories