A particularly eventful London Fashion Week has come to a close — it’s always a fashion circus of delightfully eccentric moments, and this turn of the merry-go-round included miniature horses, marathon sandwich-making, huge leg o’mutton sleeves, and skateboarding models. Read on for a dozen of our favorite happenings in the shortest, but most action-packed stretch of fashion month. 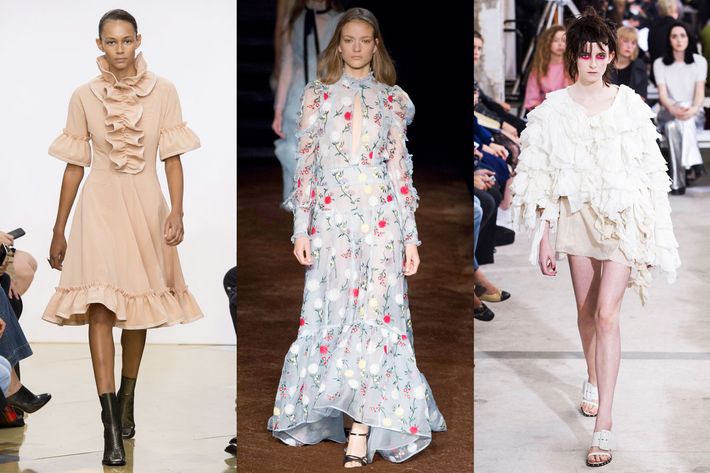 Historical references abounded, from the Miss Havisham looks at Marques’Almeida to Erdem’s inspiration: the “prairie madness” experienced by lone pioneer women. J.W. Anderson’s show called back both to the Regency era — with leg o’mutton sleeves that could conceal an actual leg of mutton — and to the ‘80s club days of the New Romantics. 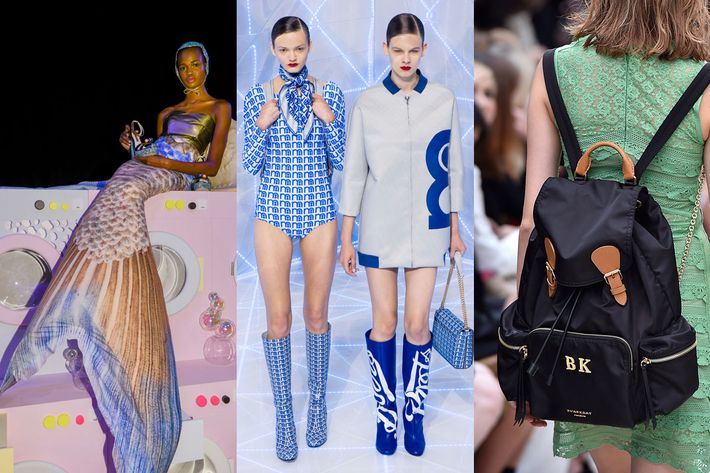 Wantable accessories were all over the place: Anya Hindmarch’s cheeky blue boots bearing the Boots chemist logo were in keeping with her irreverent high-low M.O. Burberry’s personalized backpacks with initials brought us back to our school days, and Sophia Webster proved that mermaidcore really is a thing — but kindly provided shoes for the tail-less among us.

Burberry always features a major musical guest — Christopher Bailey is more plugged-in than most A&R execs. This season, it was singer Alison Moyet, who performed with a 32-member orchestra.

Christopher Kane’s show was, unsurprisingly, neon-bright. This season, he was inspired by artists John Chamberlain and Scottie Wilson.

Ashish’s “Shut Up” outfit would really come in handy in certain situations. As would his chic skateboards.

The crazy false eyelashes backstage at Thomas Tait might make you reconsider why “spidery” is thought of as a bad thing. 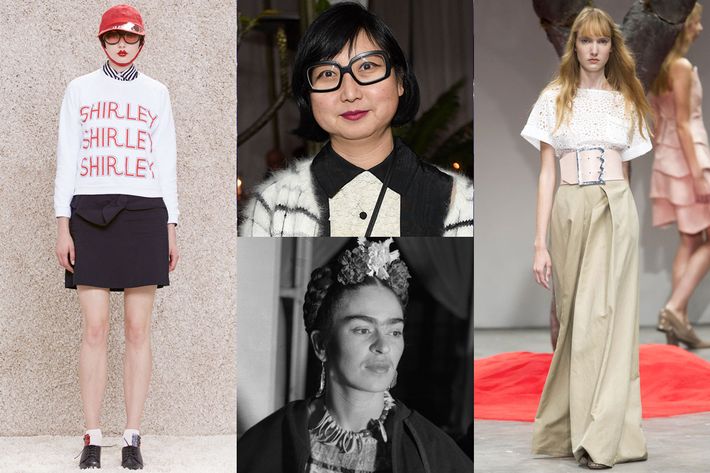 Cute overload: There were MINIATURE HORSES at Hill and Friends, the new venture from former Mulberry designer Emma Hill.

There’s still a little bit of anarchy left in the U.K. Vivienne Westwood’s Red Label show included protesters carrying signs that read “Fracking Is a Crime” and Gareth Pugh had coins strewn on the runway and on his dresses — a possible nod to the city’s ongoing takeover at the hands of high finance?

power 2:09 p.m.
The New York Post Gets Its Own Tabloid Scandal A former top editor sues, saying the paper’s notorious former boss was welcomed back after sexually harassing her.
By Shawn McCreesh and Angelina Chapin
movies 2:00 p.m.
Daniel Radcliffe, We Are Ready for Your Music Career The actor will be portraying Weird Al in an upcoming biopic.
the bigger picture 1:34 p.m.
Wrestling Has a Dark Side. But for Some, It’s a Safe Space. Photographer Sofie Vasquez spent a year traveling the country, documenting the indie-wrestling scene.
By Bindu Bansinath
keeping up with the royals 1:29 p.m.
Uh, Prince Andrew Has a Teddy Bear Collection? A new documentary claims he yelled at staff who didn’t arrange his stuffed animals to his liking.
dinosaur bones 12:48 p.m.
This Is a Truly Surreal Zoom Background Dwayne “the Rock” Johnson made a recent TV appearance sitting in front of an enormous dinosaur skull named Stan.
celebrity 10:52 a.m.
Tracing the Ongoing Feud Between Britney and Jamie Lynn Spears Things spiraled out after Jamie Lynn went on Good Morning America to promote her new book.
recommendations Yesterday at 3:00 p.m.
We Should All Be Wearing House Shoes A foolproof way to avoid bringing a dustpan’s worth of dirt into your bed.
k-i-s-s-i-n-g Yesterday at 10:00 a.m.
Lexi and Fez, Sitting in a Tree Could this be Euphoria’s most unexpected romance?
buzz buzz buzz Yesterday at 9:00 a.m.
All Our Burning Questions From the Yellowjackets Finale Some of the biggest mysteries remain unraveled.
how i get it done Yesterday at 7:00 a.m.
How Milk Bar’s Christina Tosi Gets It Done “More colorful, more magical, and more rule-breaking.”
By Kristen Bateman
astrology Jan. 16, 2022
Madame Clairevoyant: Horoscopes for the Week of January 17 Aquarius season begins this week, and there’s a full moon in sensitive Cancer.
By Claire Comstock-Gay
sex diaries Jan. 16, 2022
The Mom Trying to Meet Her Online Boyfriend IRL This week’s sex diary.
kimye Jan. 16, 2022
The Ups and Downs of Ye’s Dramatic Weekend From a tell-all interview to the saga of Chicago’s fourth birthday party.
news Jan. 16, 2022
Everything We Know About The Texas Synagogue Hostage Situation The suspect has been killed, but a motive remains unclear.
vaccines Jan. 16, 2022
Australia Is Now Djokovic-Free Unvaccinated tennis star Novak Djokovic is out.
yellowjackets Jan. 15, 2022
Misty From Yellowjackets Is the Scariest Character on TV Beware the quiet ones.
culture Jan. 14, 2022
Jerry Harris Was Our Hero He was the most-loved cheerleader on Cheer’s premiere season. Season two charts his downfall.
friday sales Jan. 14, 2022
19 Things on Sale You’ll Actually Want to Buy: From Aesop to Crocs Including a dog collar that’s rarely on sale and one of our favorite portable speakers.
beauty Jan. 14, 2022
How Gym Culture Went From Punishing to Meditative People are starting to insist that exercise focus on mental health, not be an obligatory regimen that will change the way they look.
celebrity Jan. 14, 2022
Neve Campbell Was Once Attacked by a Bear on a Movie Set “They said dip your hand in honey and just run.”
More Stories