If you didn’t tune in to the premiere of  CBS’s Supergirl last night, this is a strong and stern recommendation for you to get someone’s Hulu password and watch it right away. The show is great — funny, entertaining, smart, and modern. Supergirl (a.k.a. Kara Devers in her civilian life) is a spunky (not in a twee way) 20-something who works at a major “print media company” in a big city. Spoiler alert: She quickly decides to save the day and ditch her “normal” persona to embrace being a superhero. It’s an update on the standard quarterlife-crisis story, and not just because the heroine can literally fly. After one episode, I’m hooked, and here’s why:

It’s refreshing to see a superhero who likes being a superhero:
Leave it to a woman to lean in to her calling. Batman is tortured and brooding and didn’t ask to be a hero; Superman (Supergirl’s cousin) longs to be human; Spiderman is the most emo superhero in existence. But Kara Danvers is so stoked to be Supergirl that she makes about ten impassioned speeches explaining how awesome it is. (She can lift a bus, stop a bullet, and fly, what else do you need?) She treats being a superhero like an awesome privilege instead of something that was thrust upon her. As she puts it, “I didn’t travel 2,000 lightyears to be an assistant.” (Millenial entitlement is endearing in this context.)

Supergirl is just like you and me: She online-dates! And it still sucks. Being a hero from another planet doesn’t exclude her from going out with a bunch of D-bags, which is sort of refreshing. Right?

That hot guy from True Blood is back as James (Jimmy) Olsen: Welcome back, Mehcad Brooks. Never leave me or stop smiling again. 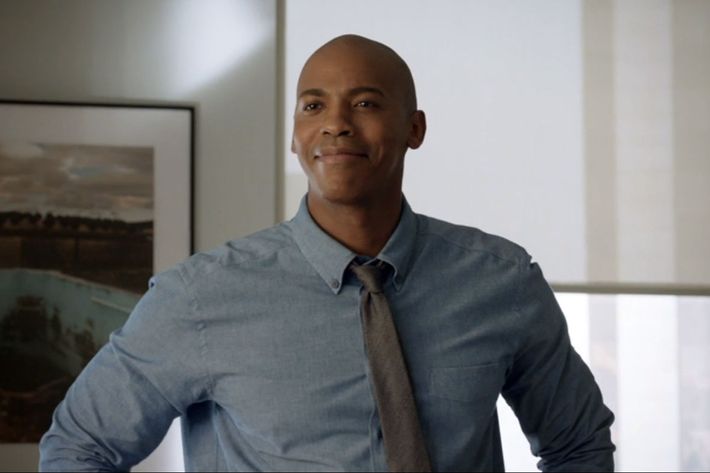 There’s a makeover scene: Always fun. Kara starts her transformation from “normal girl” to Supergirl by putting on that iconic red, yellow, and blue outfit. But her journey is not fully complete until she whips off her glasses — a “nudge, nudge” moment, spoofing all of those makeover scenes where the ugly girl is revealed to be a total fox once she removes her nerdy eyewear. This show is smart enough to poke fun at all of those “new girl, big city” moments.

The new Supergirl outfit is a worthy contender for Halloween 2015: Is it weird to fight crime in a skirt? I don’t know, but  if you could design your superhero costume, would you not also choose thigh-high boots and a kicky miniskirt? I know I would.

There’s a captivating sister-sister relationship: I foresee Supergirl’s relationship with her sister Alex being one of the more interesting ones to watch this season. They’re a ride-or-die pair — human Alex helps her sister get ready for her date, superhero Kara saves Alex when her plane is about to crash into a burning heap — but they have their conflicts. Bonus: Her sister is a bioengineer. Three cheers for women in STEM.

We’ve been deprived of a traditional female superhero for way too long: As is widely noted, Supergirl is the first female-led live-action superhero show on a network in 40 years. Forty years! I miss Buffy and I love Orphan Black, but it’s refreshing to have a light, earnest heroine who is on the side of good, fighting crime, and isn’t battling personal demons.

The show is inherently feminist: The series doesn’t announce, “We are feminist,” but it also doesn’t have to because it’s inherent. For example, the writers cleverly address how bitching about her being called Supergirl instead of Superwoman is a totally outdated argument with this line from the show: “What do you think is so bad about ‘girl’? If you perceive ‘Supergirl’ as anything less than excellent, isn’t the real problem you?”

All the Reasons to Start Watching Supergirl