Consider the midriff. For several fashion seasons now, it’s reigned on the runway, with designers from Alexander Wang to Karl Lagerfeld (who included a bonus Chanel belly chain) taking a crack at the all-encompassing crop top. It even showed up at couture, on Kristen Stewart. But this season, while the midriff showed no signs of disappearing as a trend, a new skin-baring region emerged: the shoulder. We saw it on the runway, most notably at Céline, where Phoebe Philo paired Renaissance-worthy scooped-out necklines with bell-shaped tops. At Proenza Schouler and Derek Lam, there was a cold-shoulder effect, with high necklines that cleverly exposed them; at the standout new label Monse, off-the-shoulder shirtdresses made the models look as though they’d just shrugged off their boyfriend’s bedsheets.

That hint of dishabille is what makes the look suggestive, even if it’s otherwise covered-up. Like the midriff, the shoulder-scoop is sexy without being overtly sexual, in the way, say, a deep-V neckline or a thigh-baring hemline might be. Call it the thinking-woman’s cleavage. For Ohne Titel co-designer Flora Gill, “the shoulder is a part of the body that is universally beautiful,” which was behind her decision to show drawstring bohemian off-the-shoulder tops in her spring 2016 collection. Added her design partner Alexa Adams, “Shoulders are an unexpected and sexy place to reveal skin without being cheap or obvious.”

More forgiving is the cold-shoulder trend (which has resurfaced on Instagram, in the form of ‘90s Hillary Clinton wearing Donna Karan’s famed cutout dress). It doesn’t induce the same kind of body anxiety that the scoop might: As Karan herself once put it, the shoulder area is “the only place you never gain weight.” Wes Gordon, who closed his show with a sweeping cold-shoulder white gown, pointed to the surprise factor: “Nothing is less sexy than the obvious and expected.”

The look also has a certain kinetic appeal. Julie de Libran, creative director of Sonia Rykiel, is a longtime fan of bared-shoulder silhouettes, which, she says, “make you walk, move, dance in a certain way.” In her latest collection, she focused on “showing enough,” she says, “to stay sexy, feminine, glamorous and create surprise.” A ruffled orange minidress with a dropped neckline had a sweet, youthful feeling, while a chain-accented version worn over pants reads more rocker-chick.

Even though none of these runway looks have yet come to stores, the trend has been bubbling up for some time. Johanna Ortiz’s off-the-shoulder tops — which bridged the gap between a traditional peasant top and more sophisticated styles — were a street-style hit this spring. And you only have to cross the threshold of a Zara store to find plenty of price-friendly iterations of the trend. It’s even come to holiday-party sweaters.

Still, these are the kinds of pieces that may look daunting on (or practically falling off of) a hanger. Karla Welch, a stylist who works with Lorde and Amy Poehler, calls the approach “non-obvious dressing.” She says, “It is for women who are supremely confident and are okay to project a different idea of what is sexy. And, historically, the slip of a shoulder always has been appealing.” One pitfall, she notes, is that it requires the right angle to look just right in photos, which might cause some consternation, “but I say eff it and go for it.”

Click through the slideshow to see some of the best shoulder-baring looks from the spring 2016 runways. 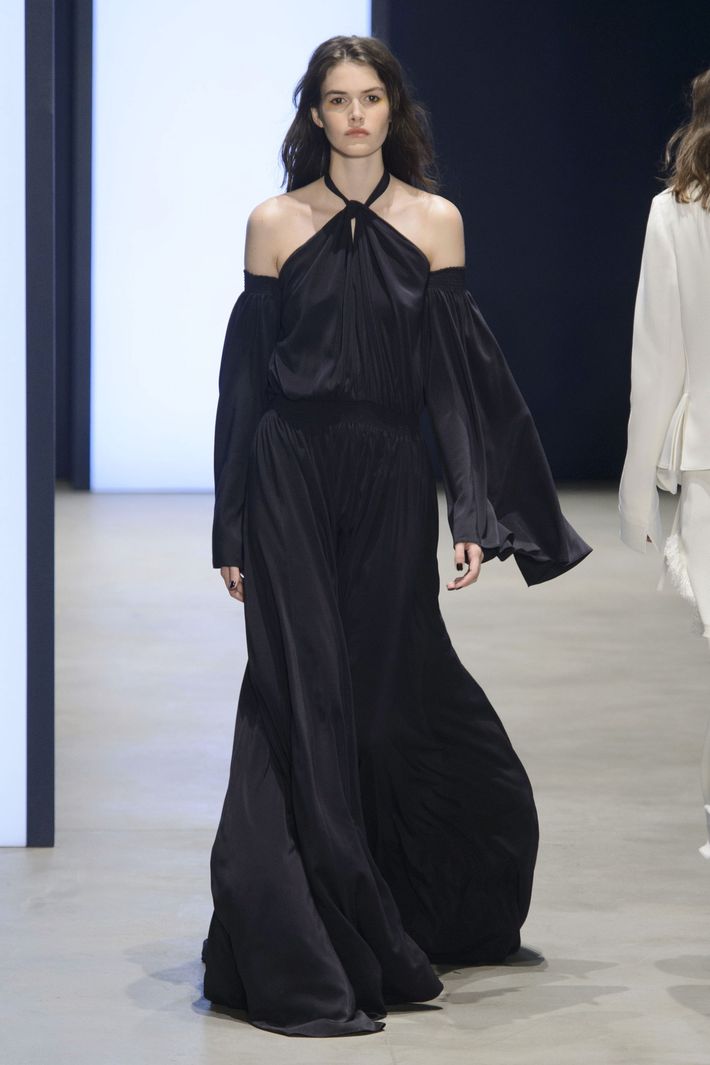 Get Ready to Start Showing Off Your Shoulders