I have been known to brag that I have “no apps on my phone.” This brag is largely rooted in my superstition surrounding how battery life on my old iPhone gets allocated — the more apps, the more likely I will end up with a dead phone during an important World Series game and be unable to heckle my friends via text message. Apps always seemed like a waste of time — but that was before I heard about Who’s Down, which is, contrary to how it sounds, not a casual-hookup app. It is freedom.

Google unveiled Who’s Down (complete with trendy typeface) three days ago, and because it’s invite-only, it may be days — perhaps longer — until its simplicity is at my disposal, but already I look forward to unsubscribing from all the group-text chains that currently clutter my message inbox. The pitch of the app is simple: “Instantly see which of your friends are free to hang out, right when you are. And with one slider, you can let your friends know you’re down to hang out too.” Users can customize “what they’re down for” and once everyone has agreed on an activity — say, naked roller hockey or 4 a.m. taco run — a chat log pops up to coordinate the plan. The beauty of this design is that “conversations within the app disappear after 24 hours of inactivity.”

This means there can be no more group texts that go on for years after one innocent day when you happened to text a few pals about meeting up for burgers. This means plans can be made without the long and painful process of seeing your text-message number rise into the triple digits because no one can figure out what they want to do that night. This means more time spent sports-heckling and less time dinner-planning. Its only apparent flaw so far is in the prompt upon sign-up that asks users what school they go to. Being in college is not a prerequisite for hating to make plans. Good riddance, group texts. You sucked and I hated you. 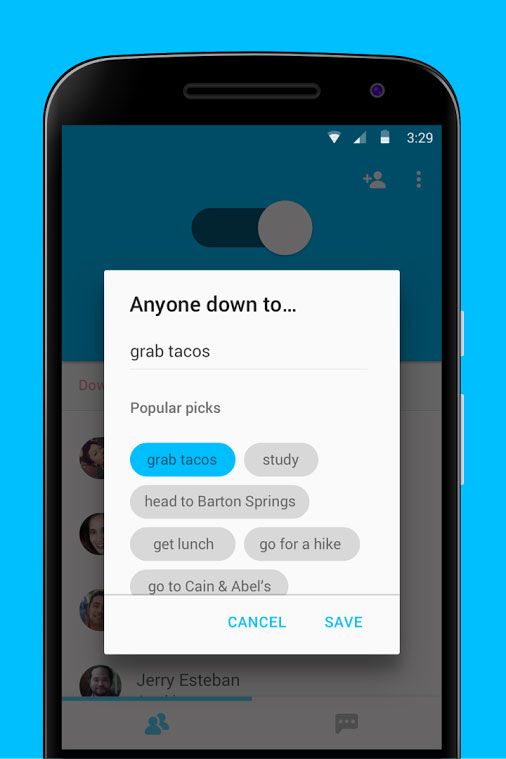 Will This New App Free Us From Group Texts?