To capture a season as playful and colorful as resort, the latest installment of the Cut’s Out of the Box series explored the City of Flowers and Sunshine, Los Angeles. The city provided a fluorescent backdrop for some of resort’s most exuberant looks, from the rainbow stripes at Sonia Rykiel to the tropical hues at Edun and Gucci.

The assignment was a new venture for South African photographer Kent Andreasen, who had recently taken a long road trip that inspired his of-the-moment style for this shoot. “Not knowing L.A. that well, I decided we would just drive around as a team and whatever stood out me, we would [photograph],” he said. From there, the crew let the visuals flow organically. “We tried to have as much fun with the clothes, making use of the spaces the city provided” — of course, “while dodging L.A.’s horrific traffic jams.”

The result is a collection of photographs that capture both the natural and industrial aspects of the city, in obscure neighborhoods and fields. The wild beauty of L.A. takes on a new sheen when paired with the radiant prints and patterns of the season. Click ahead to see all of the looks from the shoot. 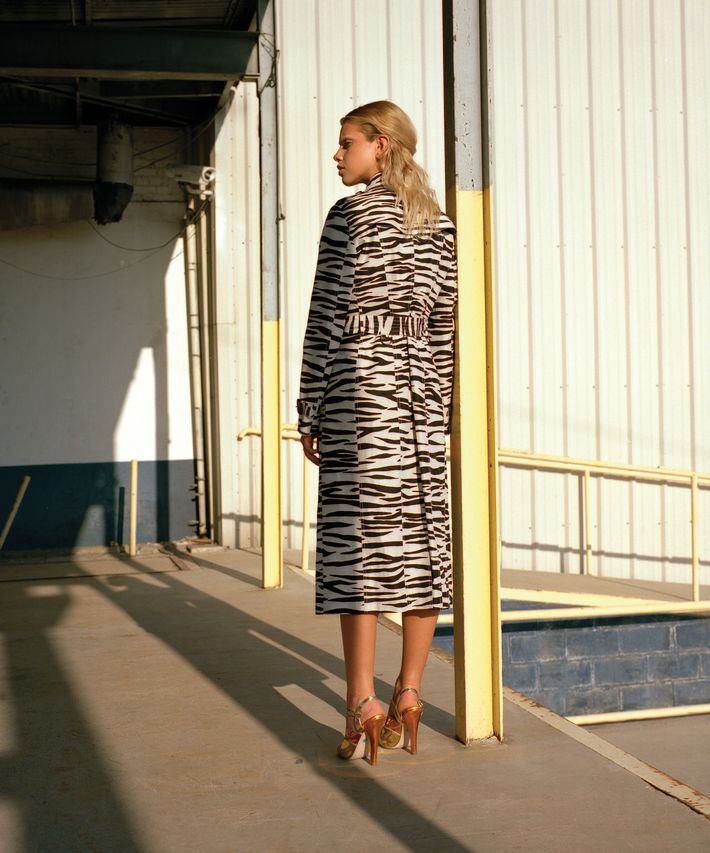 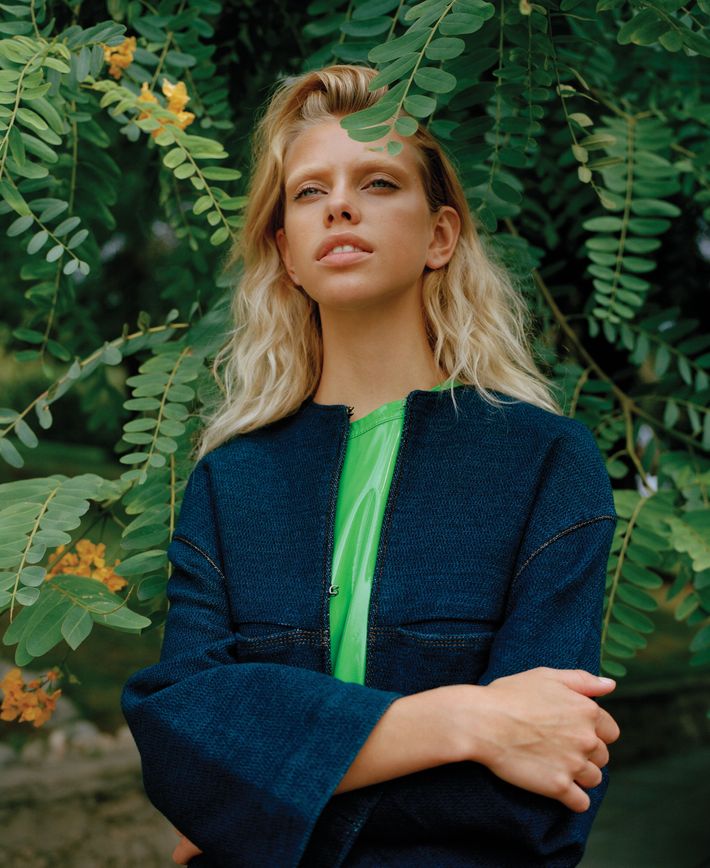 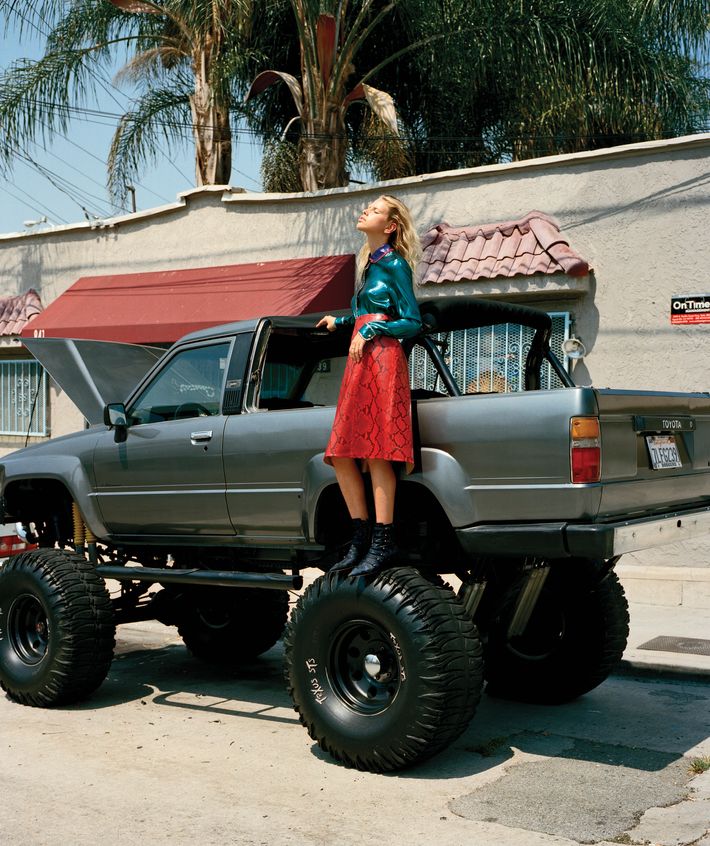 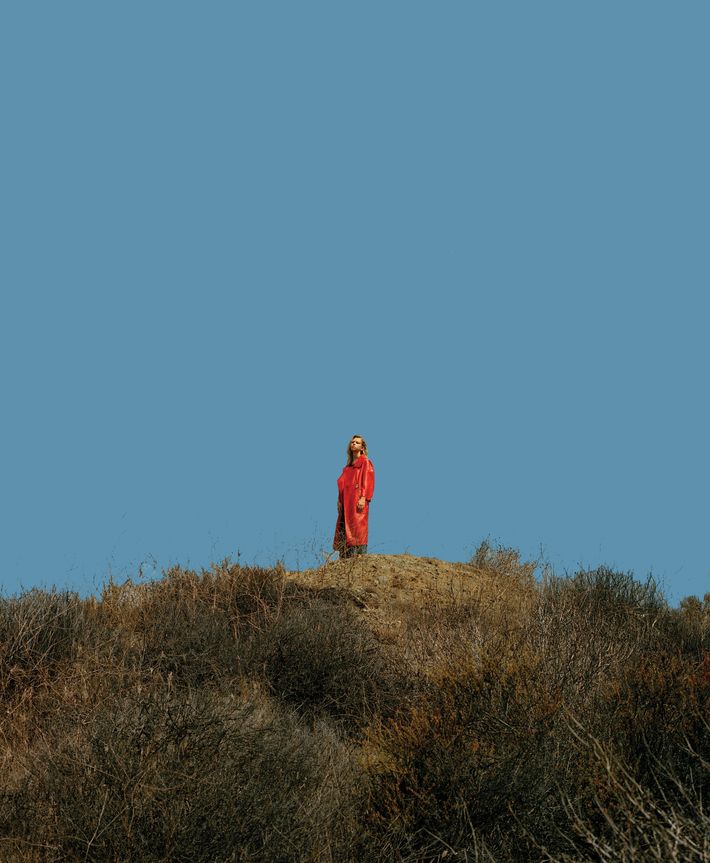 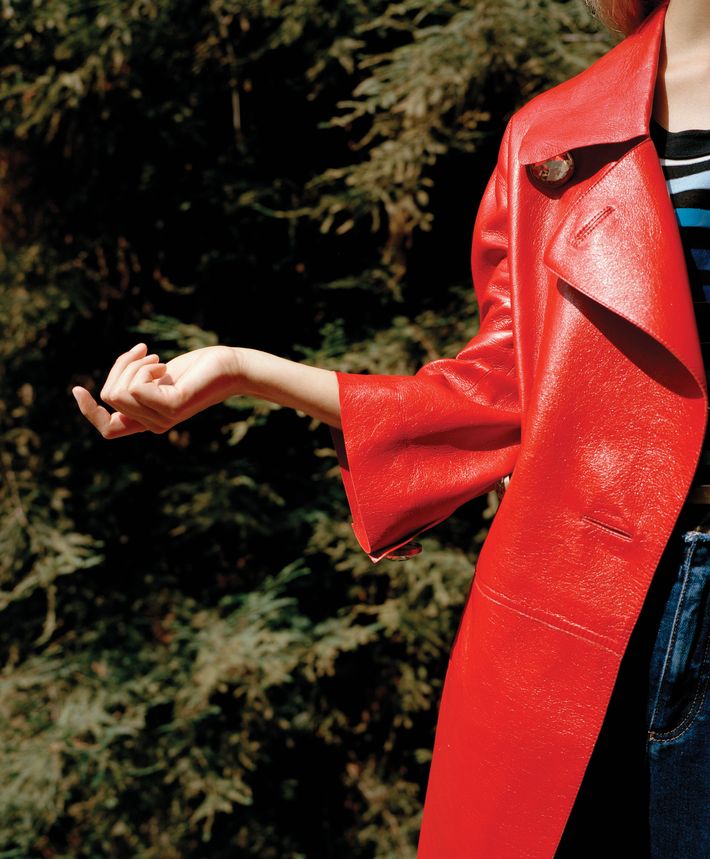 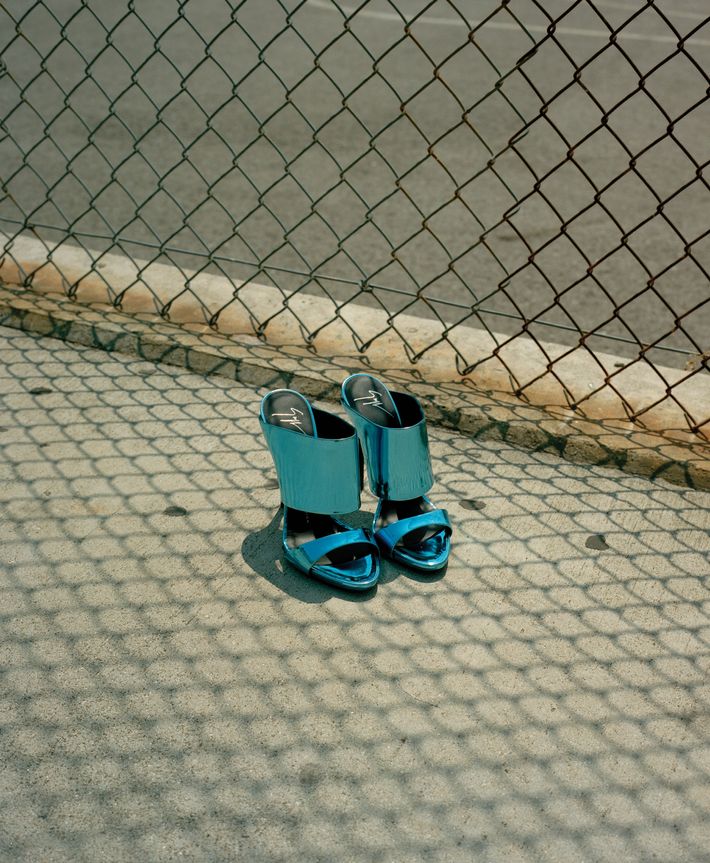 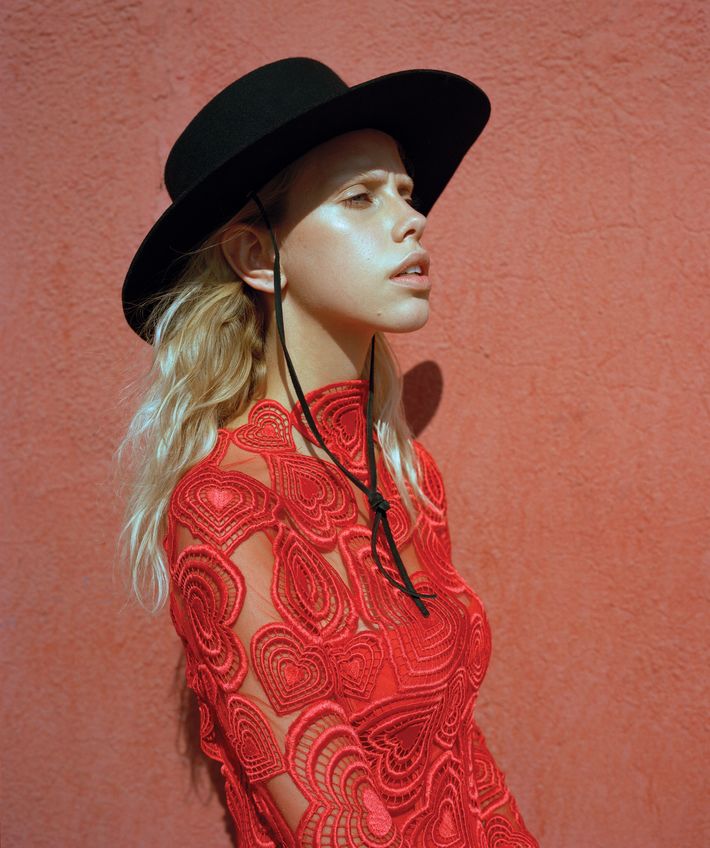 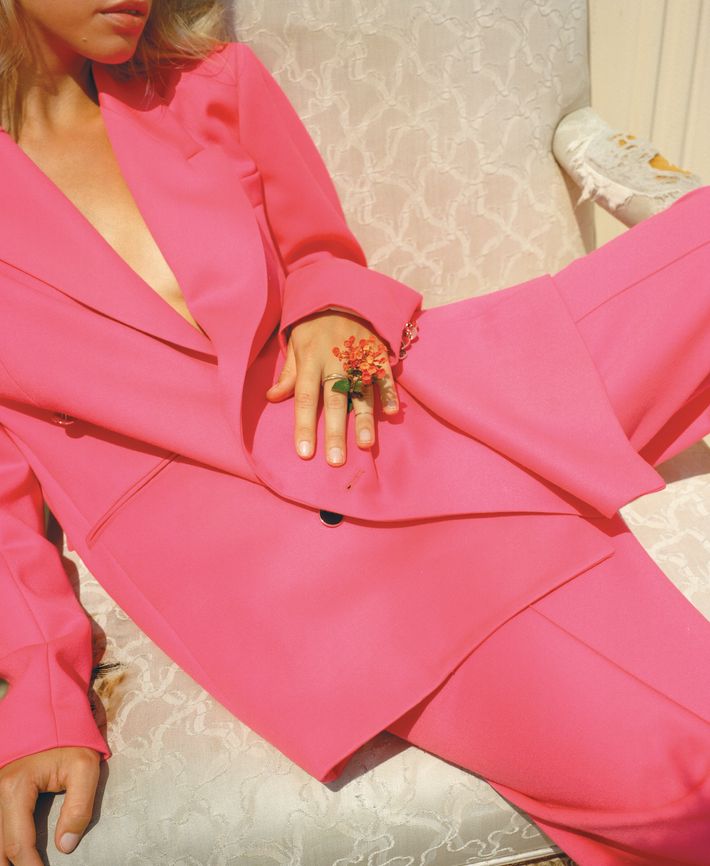 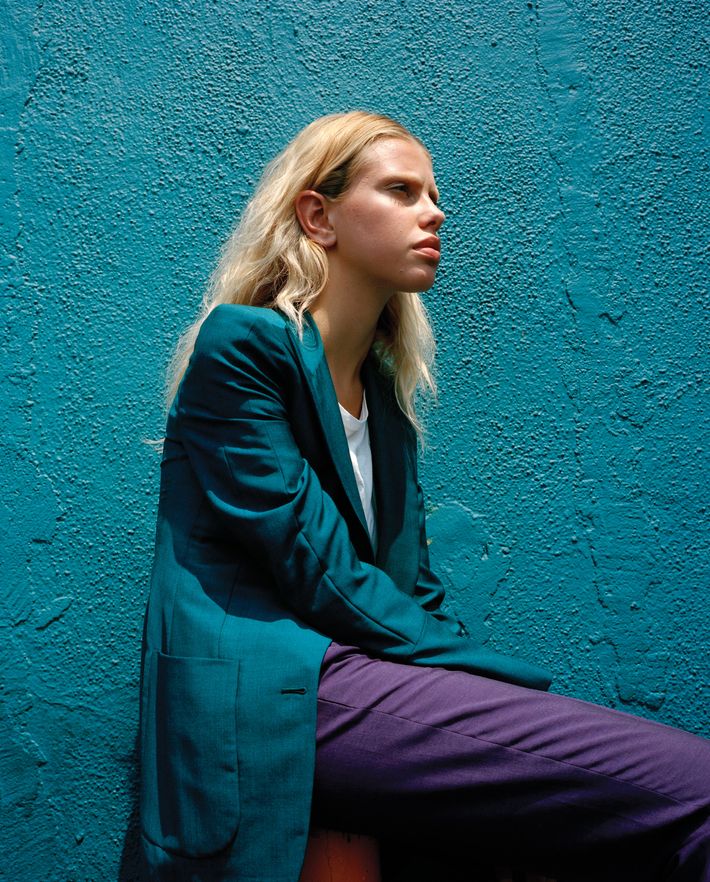 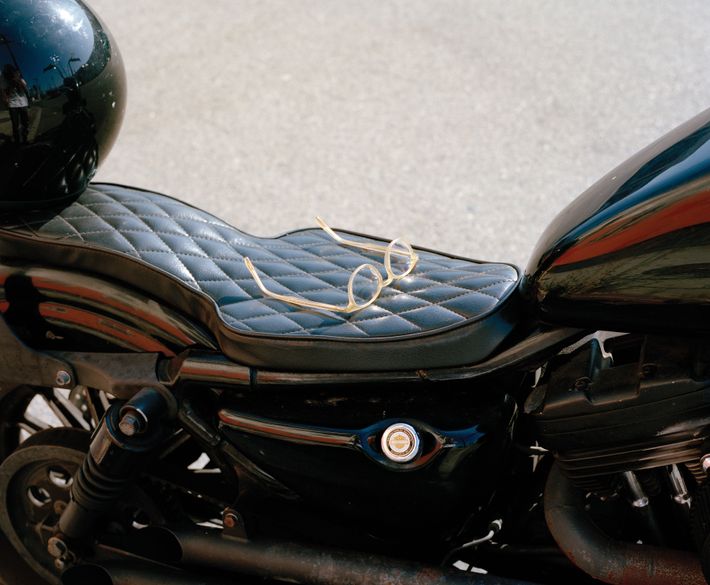 Take a Drive With Kent Andreasen

astrology 9 mins ago
Madame Clairevoyant: Horoscopes for the Week of January 30 The overarching astrological story right now is one of growth, action, and following through on intentions.
By Claire Comstock-Gay
tyre nichols Yesterday at 6:07 p.m.
Memphis Police Disband Controversial SCORPION Unit: Updates One day after the city released footage of Tyre Nichols’s arrest and beating, the police department deactivated its embattled violent crimes unit.
spring fashion Jan. 27, 2023
12 Ways of Looking at André Leon Talley The friendships and love stories found inside his estate auction, as told by his nearest and dearest like Anna Wintour, Marc Jacobs, and Tom Ford.
By Cathy Horyn
wait what is happening on tiktok? Jan. 27, 2023
Everything We Know About TikTok’s Lashgate Drama Did Mikayla Nogueira add false lashes or not?
parties! Jan. 27, 2023
Teyana Taylor, Anna Camp, and More of the Bestest Party Pics This Week Parties with Gucci, Sundance, and more.
gone sale-ing Jan. 27, 2023
10 Things You Don’t Have to Pay Full Price for This Week Deals from Dyson, Nordstrom, Shopbop, and more.
friday sales Jan. 27, 2023
19 Things on Sale You’ll Actually Want to Buy: From Lunya to Areaware Including fuzzy Birkenstock clogs, a teensy Cricut heat press, and our favorite weekender bag from Patagonia.
recommendations Jan. 27, 2023
20 Best Butt Plugs You Can Buy Online According to experts.
q&a Jan. 27, 2023
Saint Omer’s Guslagie Malanda Is No Longer an Actress in Secret How the Saint Omer actress went from art curator to awards-season hopeful.
the wedding files Jan. 27, 2023
A Twice-Rescheduled Midweek Wedding in the Hudson Valley “We’re not really ‘farm wedding’ people, so that limited our options.”
By Kaitlin Menza
celebrity couples Jan. 27, 2023
This Good Morning America Romance Keeps Getting Messier Amy Robach and T.J. Holmes are reportedly out at ABC.
keeping up with the royals Jan. 27, 2023
Has Prince Andrew’s Teddy-Bear Collection Been Confiscated? His Buckingham Palace apartment has reportedly been revoked, and with it, his dozens of stuffed toys.
bellissimo Jan. 27, 2023
Where Have I Seen Michael Imperioli’s Home Before? It’s unclear where The White Lotus ends and Imperioli’s apartment décor begins.
couture spring 2023 Jan. 27, 2023
At Valentino, Couture for Today Designers often look to the past for couture inspiration, but Pierpaolo Piccioli of Valentino believes it is only relevant if it talks to the moment.
By Cathy Horyn
valentine's day Jan. 27, 2023
13 Flower Alternatives to Shop for Valentine’s Day Options that will last longer than a week.
culture Jan. 27, 2023
Pamela Anderson Found Pam & Tommy ‘Crushing’ The actress called the Hulu series “salt on the wound.”
extremely online Jan. 27, 2023
I Can’t Shut Up About the M&M’s Drama Revisiting Tucker Carlson’s one-man campaign against the “spokescandies.”
valentine's day Jan. 27, 2023
16 Beauty Products My Boyfriend Won’t Stop Stealing From Me They double as great Valentine’s Day gifts, too.
¡hola papi! Jan. 27, 2023
‘I’m Ashamed of Being Unemployed’ The path is long, crooked, embarrassing, and deeply silly. Having friends and passions will make it tolerable.
By J.P. Brammer
celebrity Jan. 26, 2023
Britney Spears Just Wants Some Privacy The star confirmed police were called to her home by fans.
More Stories