March’s installment of the Cut Book Club might be a little heavy, but that’s okay — daylight saving time doesn’t start until the middle of the month, so now’s the time to hibernate with a book before beach-read season rolls around. Scroll down for the best books we’re reading this month, new and old, ranging from a collection of haunting short stories to a nonfiction look at people who commit radical acts of charity. Got other recommendations? Let us know in the comments. 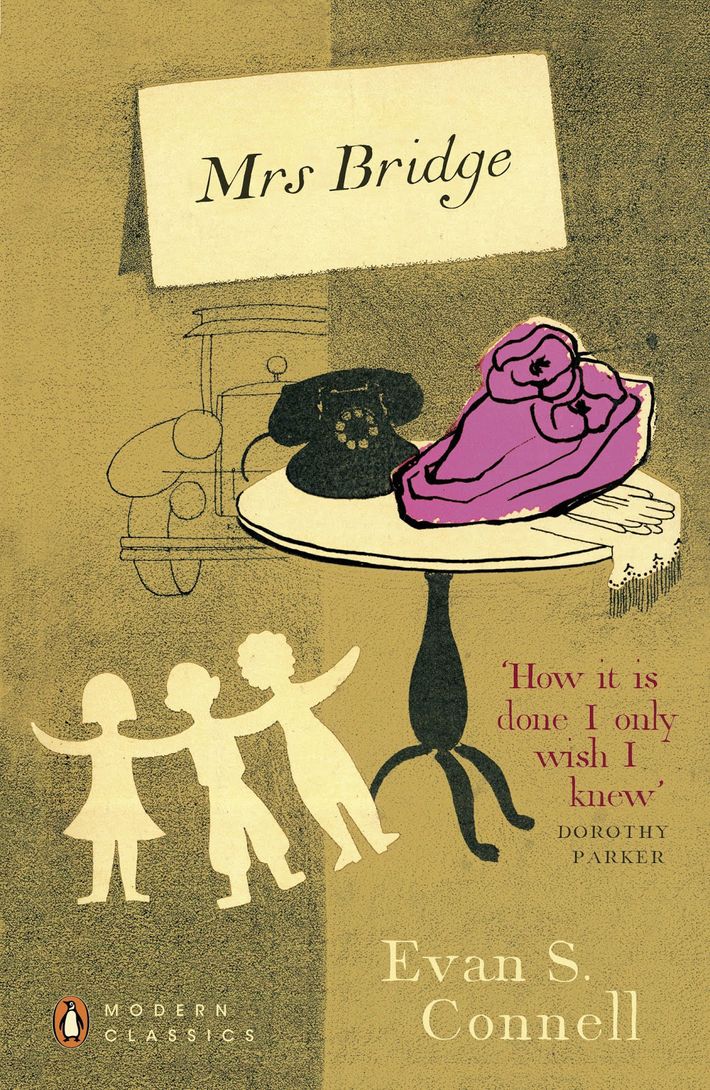 “This bleakly funny 1959 novel tells the story of a repressed Kansas City housewife in small vignettes from her day-to-day life. Mrs. Bridge is obsessed with proper behavior but largely incapable of bending her family to her will. Told entirely from her point of view, the book manages to indict everything wrong with mid-century upper-middle-class life without ever breaking character. There’s an equally good follow-up, Mr. Bridge, about her jerk of a husband, but start with this one. And when you’re done, say a silent prayer of thanks that you’re living in the year 2016.” —Izzy Grinspan, senior editor

2. Astonish Me by Maggie Shipstead

“Astonish Me is recommended by Oprah, but, more important, it is recommended by Jen Gann, the Cut’s copy editor, who gifted the book to me in December. The book hops through time as it follows the life of Joan, a former ballerina who traded the barre and her slippers for ho-hum domesticity in California. As her son grows up, Joan discovers that she passed along the gift of pointe to him and is drawn back into her former crazy-dramatic life, complete with Russian defectors, globe-hopping gigs, sex, and so many, many drugs. It’s anything but boring.” —Ashley Weatherford, associate beauty editor 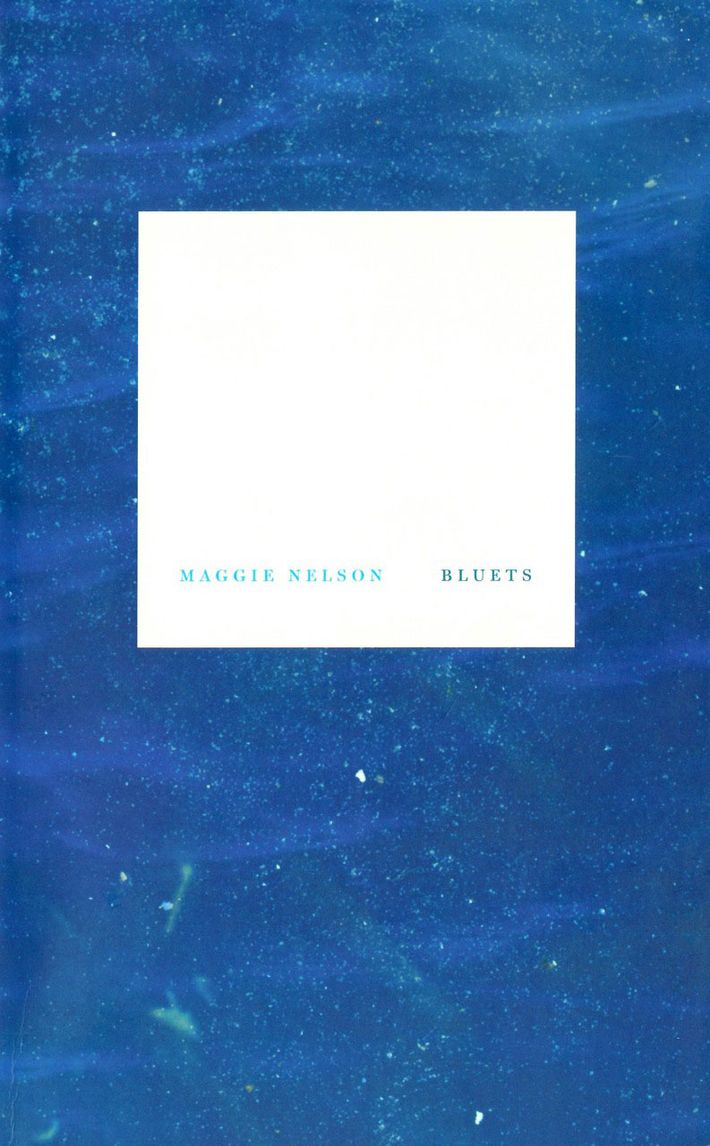 “Bluets is one of those books that is so good, it made me want to write, draw, read, feel things, make things, reread the book, and copy the entire thing down by hand in my notebook and pretend I wrote it. It feels like a running commentary or like reading an ongoing train of thought. It has something of Walter Benjamin’s Illuminations in it in that Maggie Nelson weaves quotes and ideas into her own writing, but transforms them. It’s almost impossible to separate Maggie Nelson from the quotes she pulls, though. It’s hard to draw a line where one ends and the other begins. One of my favorite quotes: ‘58. Love is something so ugly that the human race would die out if lovers could see what they were doing (Leonardo da Vinci).’” —Aude White, public relations associate 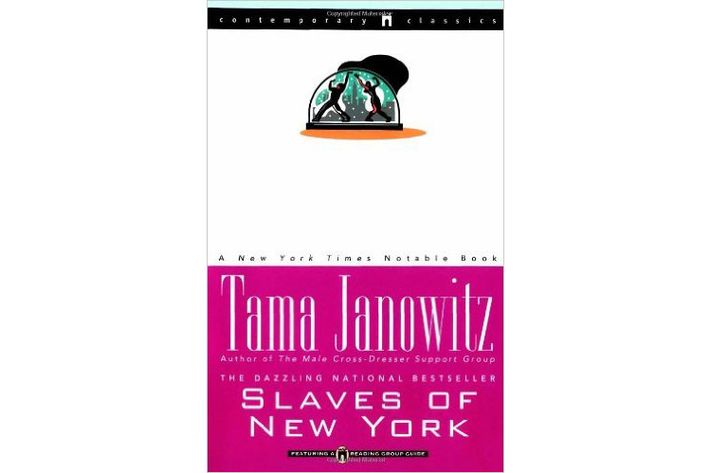 “The only thing I remember about my early childhood babysitter is that she had glorious, glossy chestnut-colored hair she brushed constantly, and that she once had a copy of Slaves of New York in her bag when she came to my house to watch me and my brothers. A notorious book snoop, I secreted the book from her purse but only got a few minutes alone with it before she snatched it back from me. Still, those little glimpses were enough. Janowitz’s New York — the New York of the early 1980s — is the one I imagined for years after: It was dirty and dark, covered in graffiti, awash in drugs, and full of prostitutes. It was, in short, exactly the kind of place I wanted to live in. New York has changed, but this book has not. I finally picked it up off a library shelf a few weeks ago randomly and remembered I’d meant to read it for close to 30 years. All of its short stories are bizarre, sometimes-hilarious rides.” —Laura June, staff writer 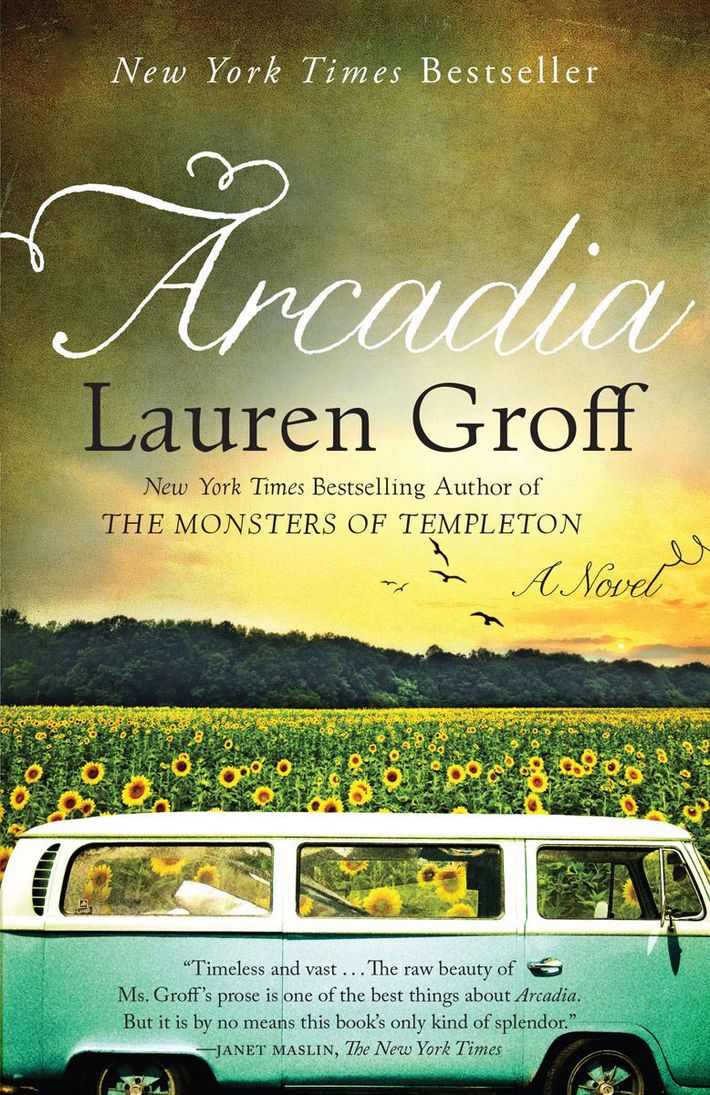 “If you liked Lauren Groff’s Fates and Furies, you’ll enjoy Groff’s previous novel, Arcadia, about a boy growing up on a commune and the life he lives once he ventures into the world beyond. It almost makes me wish I grew up living in a bread truck without heat or plumbing or electricity. I said almost.” —Jessica Roy, senior writer 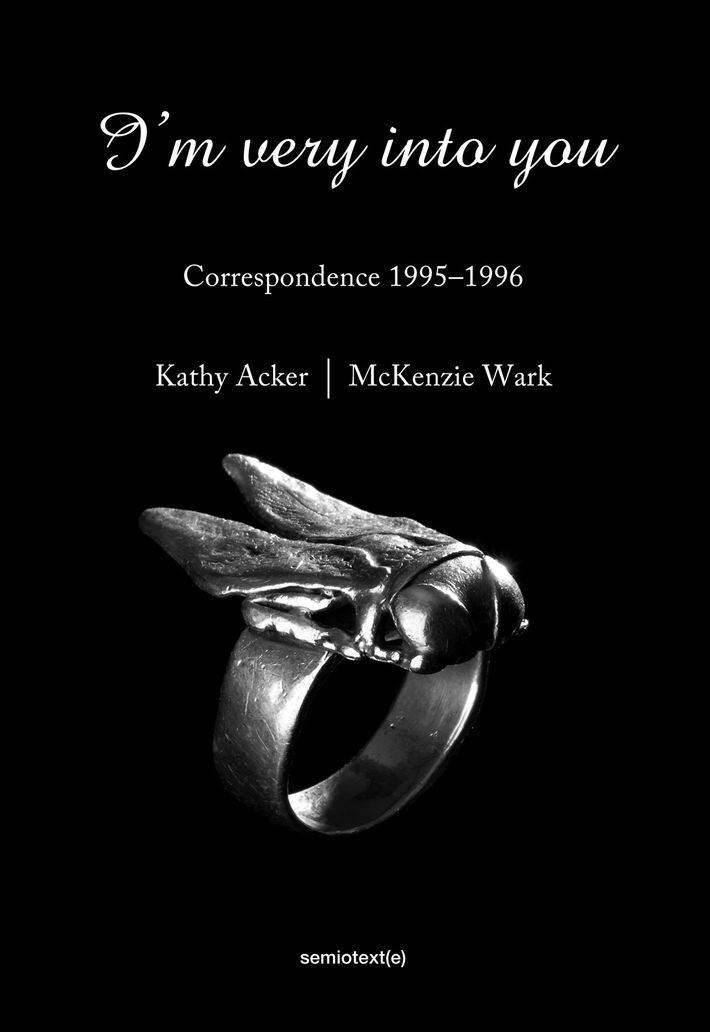 6. I’m Very Into You by Kathy Acker

“’If paper letters were best suited for love, perhaps email does the best with crushes,’ the introduction to I’m Very Into You reads. The book is a collection of email correspondences between writers Kathy Acker and McKenzie Wark, written after they had a brief fling. A mix of gossip, queer theory, and love letters, it’s perfect for anyone who enjoys critical theory and writing wacky emails (a.k.a. me).” —Eve Peyser, writer 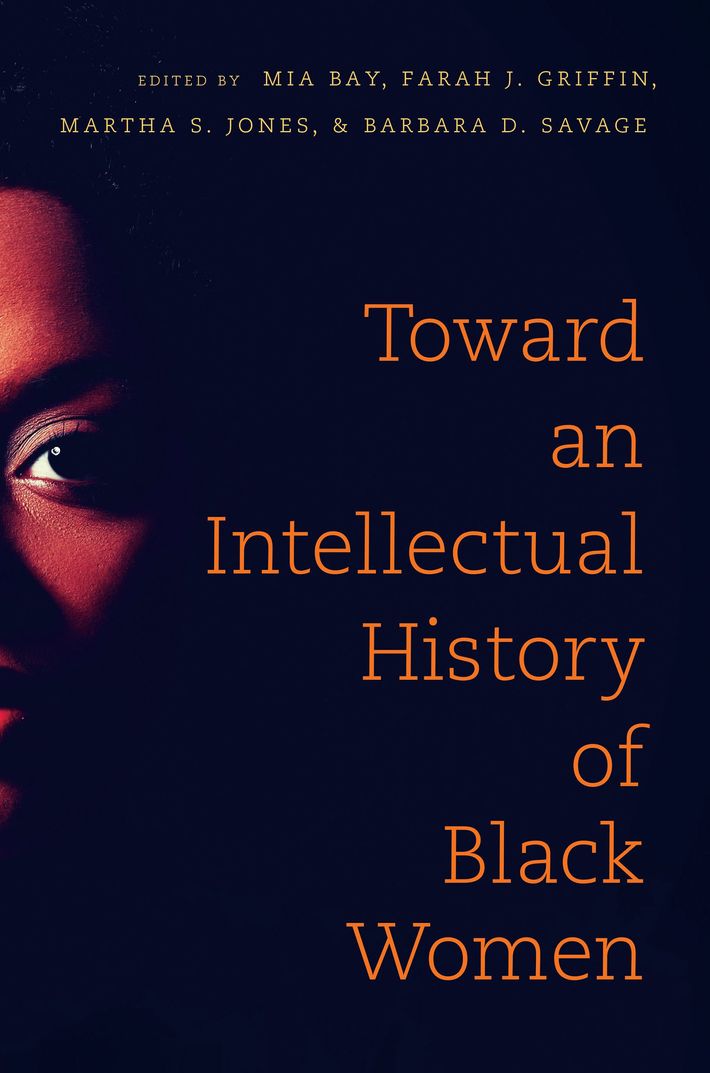 7. Toward an Intellectual History of Black Women by Mia Bay, Farrah Griffin, and Martha Jones

“This book is really the only way I have been able to learn about history in an in-depth educational manner and not be bored. It’s a compilation of essays written by writers, educators, and activists from all walks of life that make you question society’s standards and what we are taught about race and gender.” —Lindsay Peoples, associate market editor 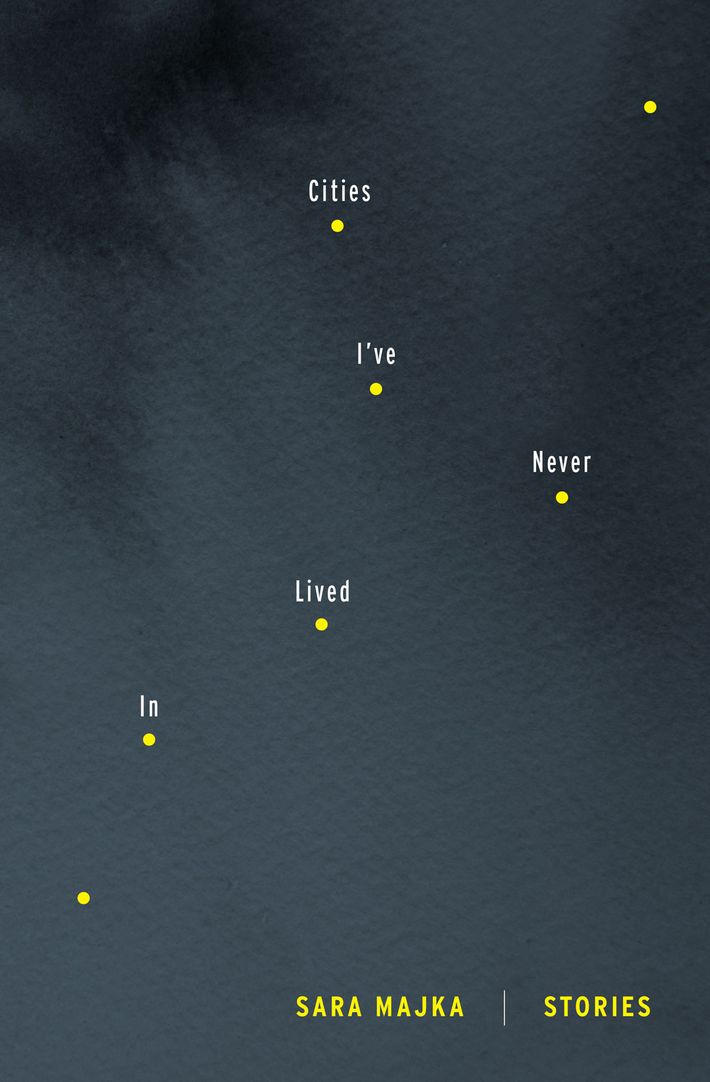 “I read Sara Majka’s Cities I’ve Never Lived In a week ago and I still can’t get some of her perfect assessments of the human condition out of my head. Her writing is matter-of-fact (though very beautiful), and her characters are sad, occasionally desperate. In one story, she offhandedly notes that sometimes you can love someone and then not remember loving them at all in the same moment, and it’s these things that stuck with me. She’s incredibly effective.” —Dayna Evans, staff writer 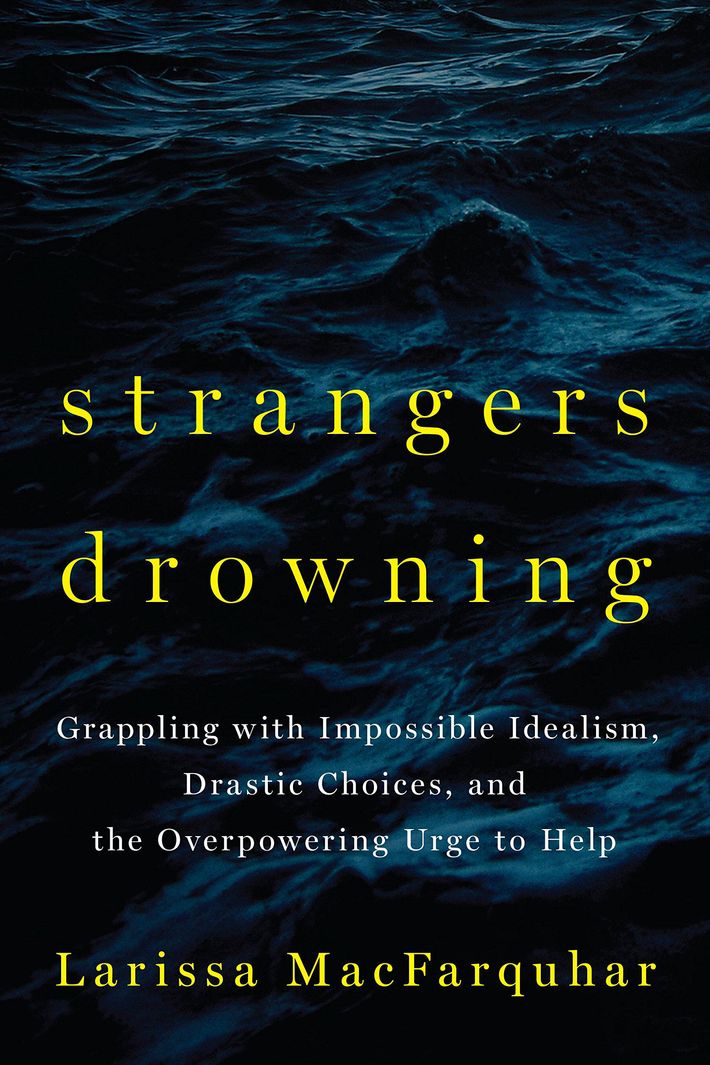 “We all have guilt over not volunteering enough, not donating enough, not being better people. Larissa MacFarquhar sought out the people who dealt by going to the extreme: adopting 22 children, moving to a lepers’ colony, Dumpster-diving for food because they’ve given all their money to charity. Are they exceptionally good people, or exceptionally disturbed? MacFarquhar avoids any neat conclusions, which feels both philosophically unsettling and the only option. I can’t stop thinking about it.” —Megan Greenwell, features editor 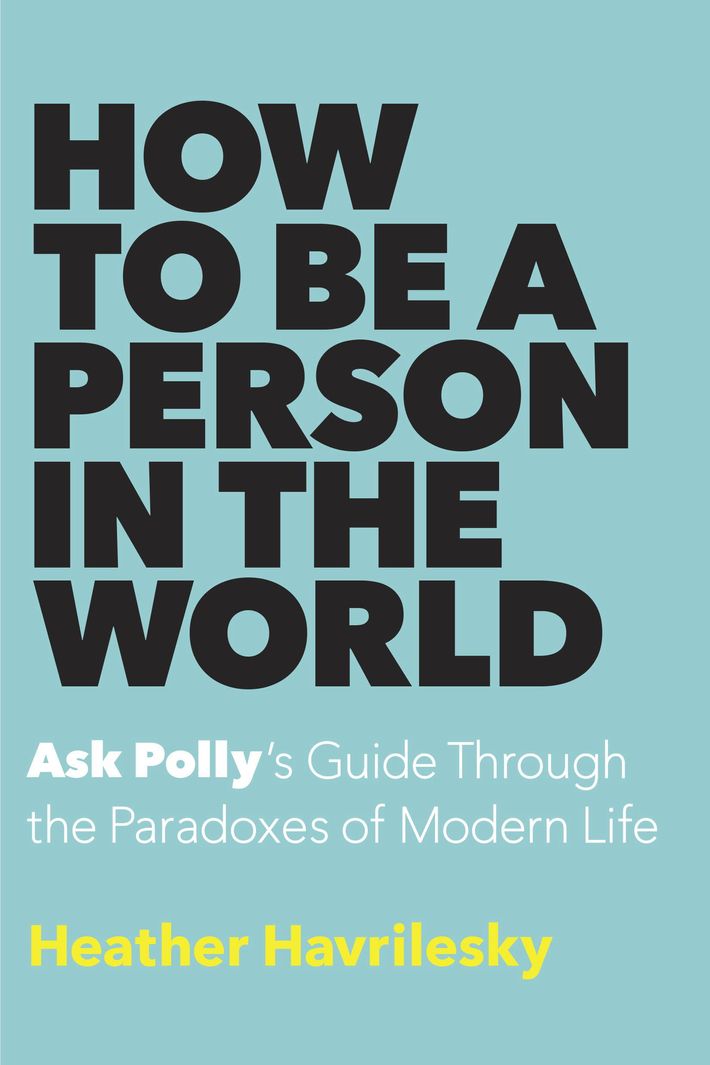 10. How to Be a Person in the World: Ask Polly’s Guide Through the Paradoxes of Modern Life by Heather Havrilesky

“A few years ago I wouldn’t be caught dead reading a self-help book. Maybe 2016 is the year it became socially acceptable to publicize our efforts to be better, or it has something to do with getting older, but now I’m toting around How to Be a Person in the World, by Cut columnist Heather Havrilesky, in broad daylight, around other humans, without a deceiving book jacket! Whether you’re already an Ask Polly fangirl or new to her tough-love approach to advice, this collection of old and new letters with responses, plus fun existential cartoons, will light a fire under your butt in the warmest, most loving way possible.” —Leah Rodriguez, producer 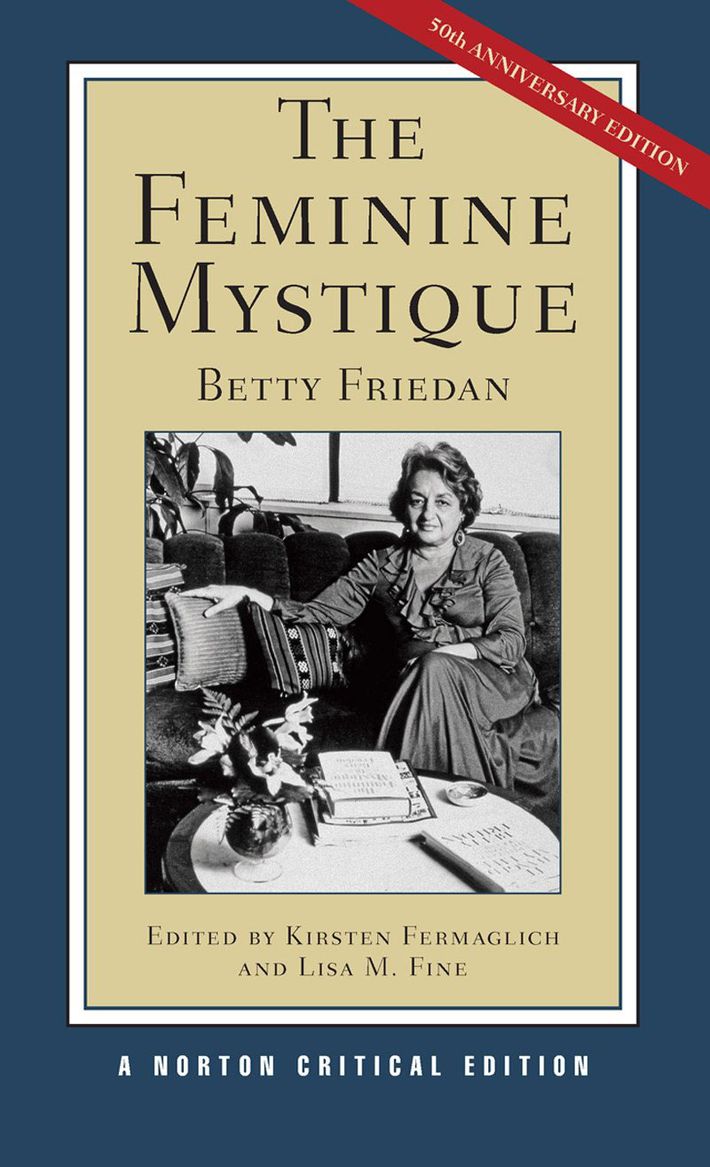 11. The Feminine Mystique by Betty Friedan

“I started this book the night after reading Rebecca Traister’s single-ladies cover story, and now I’m finally realizing what life was really like for my grandma in the 1950s. When The Feminine Mystique was published, in 1963, 70 percent of American women were getting married before age 24. Fourteen million girls were getting engaged by age 17. To understand where we are now, this is a must-read. Betty Friedan interviews housewives and researches the advertising, media, and psychology behind ‘the problem that has no name.’” —Catie L’Heureux, assistant editor

the carters 13 mins ago
I Love Watching Beyoncé and Jay-Z Pretend to Be Regular Tiffany & Co.’s latest ad features the couple, a cameo by Blue Ivy, and some pizza.
something borrowed 2:05 p.m.
Ah, to Raid Angelina Jolie’s Closet I guess that is one perk of being a celebrity’s offspring.
boyfriends 1:47 p.m.
The Only Man Who Could Get Me to Care About Marvel Movies Harry Styles is reportedly joining the MCU.
closure 12:15 p.m.
How Are Kourtney’s and Travis’s Exes Holding Up? Sounds like they’re not exactly thrilled about the engagement.
skin deep 12:01 p.m.
How to Get Rid of Ingrown Hairs And how to stop them before they form.
ask a boss 12:00 p.m.
‘My Manager Sucks, and There’s Nothing I Can Do’ Sometimes it’s easier to stop obsessing over a problem when you’ve accepted that it won’t change.
déjà vu 11:47 a.m.
It’s Time for Olympic Protests Again Didn’t we just do this?
mysteries 10:36 a.m.
Kanye West Has a New Name, Haircut, and … Face? The rapper debuted all three on Monday.
q&a 7:00 a.m.
How Chloë Sevigny Is Trying to Declutter Why the actress, known for her eclectic taste, is leaning into minimalism with her latest apartment.
the cut podcast Yesterday at 3:48 p.m.
In Her Shoes: Cynthia Erivo In this episode, Cynthia talks about playing iconic Black women and what it’s like being so close to an EGOT.
By the Cut
on the rise Yesterday at 3:35 p.m.
The Surreal Designer Making Extremely Freaky Footwear For Beate Karlsson, it’s Halloween all year long.
By Andrew Nguyen
wellness theories Yesterday at 3:30 p.m.
This Ballerina Soaks Her Feet in ‘Miracle Baths’ After performing at Lincoln Center.
By Daise Bedolla
crime Yesterday at 3:27 p.m.
A Woman Was Raped on a Train While the Rest of the Car Watched Pennsylvania police said not a single passenger tried to intervene during the eight-minute attack.
keeping up with the royals Yesterday at 2:55 p.m.
Let the Queen Have Her Martinis Her Majesty has been told to forgo her nightly cocktail in preparation for next year’s Platinum Jubilee.
star wars? Yesterday at 2:04 p.m.
What Even Is Dune? Will I ever understand? And other questions about fall’s big sci-fi blockbuster.
thank god for tiktok! Yesterday at 1:52 p.m.
Anna Marie Tendler Is Clearly Thriving She joined TikTok to teach us how to put on a duvet cover and butter toast.
weddings Yesterday at 12:57 p.m.
At Least Someone’s Pandemic Fling Worked Out Well Sarah Snook married her quarantine sex friend in Blundstones and a vintage Chloé coat.
paris in love Yesterday at 11:07 a.m.
Paris Hilton’s Marathon Wedding Month Has Begun With a “Paris in Wonderland”–themed bridal shower.
halloween Yesterday at 10:37 a.m.
11 Halloween Costumes You Can Do With Your Beauty Products Selfie-friendly ideas for those who don’t want to get fully dressed.
By Erica Smith
celebrity Yesterday at 10:06 a.m.
Kourtney Kardashian and Travis Barker Are Engaged A match made in goth heaven.
More Stories