Karl Lagerfeld isn’t Cara Delevingne’s only admirer. For his campaign for La Collection de Paris, the silent runway show he recently presented in Saint Laurent’s new couture salon, Hedi Slimane shot the model turned actress in some of his ‘80s-inspired looks, including the show’s oversize-heart closer.

She’s not the only Saint Laurent muse to make a splash this week— Slimane, who has a knack for casting unexpected faces, also unveiled the iconic Jane Birkin as the face of his Le Smoking campaign earlier this week. The black-and-white shots were taken at the house’s new couture salon, where Birkin sat front row at the most recent show. 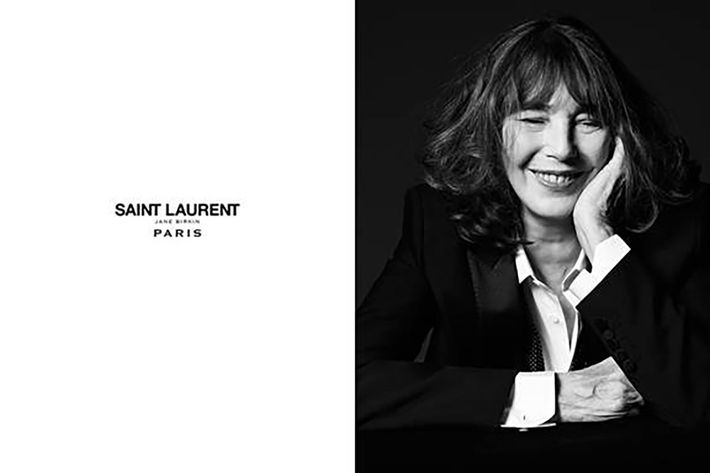 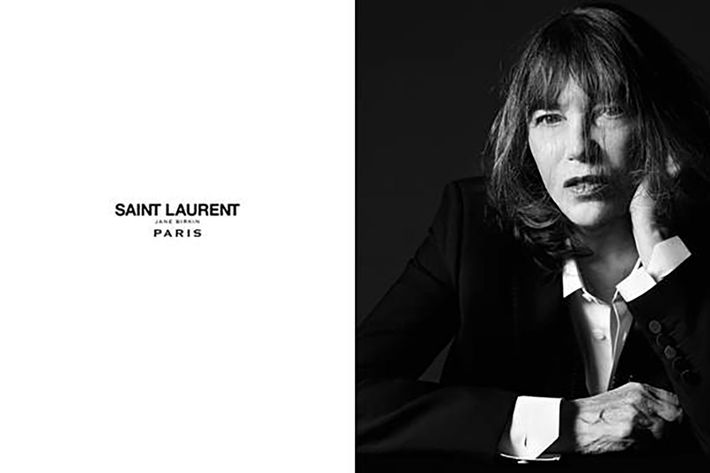 See All
astrology 8:30 p.m.
Madame Clairevoyant: Horoscopes for the Week of January 25 Mercury goes retrograde this week, and there’s a full moon in dramatic Leo.
By Claire Comstock-Gay
sex diaries 8:00 p.m.
The Dog Trainer Hooking Up With the New Boy Next Door This week’s sex diary.
keeping up with the royals 6:05 p.m.
We Welcome the Rumored Royal Pup Prince William and Kate Middleton have reportedly acquired a puppy.
hell yeah 5:01 p.m.
JoJo Siwa Is ‘the Happiest She’s Ever Been’ Since Coming Out “I’ve been happy in this land for a minute now, and now that I get to share that with the world, it just, it’s awesome!”
capitol insurrection 2:25 p.m.
Man Charged in Capitol Riot Called for AOC’s Assassination Garret Miller reportedly tweeted “assassinate AOC” on the day of the attack.
screen time Jan. 22, 2021
Some Fun Outfit Ideas for Ella Emhoff And a niche Bernie meme you might have missed.
By Emilia Petrarca
niche drama Jan. 22, 2021
What’s All This Drama About a Pro-Trump Parenting Guru? Receipts have surfaced documenting four years of donations from the Taking Cara Babies founder to the MAGA Committee.
a beautiful life Jan. 22, 2021
Ella T. Gorgla Wants More Black Leaders in Beauty And her organization, 25BWB, is going to help them get there.
animals Jan. 22, 2021
Finally, Science Has Allowed Us to Gaze Upon a Dinosaur’s Orifice A paleontologist says the newly discovered dinosaur butthole specimen is “perfect” and “unique.”
2021 inauguration Jan. 22, 2021
Who Will Be the J.Crew of the Biden Administration? Michelle Obama famously embraced the brand in the aughts. Who will get the spotlight now?
next level Jan. 22, 2021
The Melbourne Club Kid Taking Over The NYC Fashion and Art Scene  PR maven Gia Kuan is excited for the future.
By the Cut
drama Jan. 22, 2021
The Bachelorette Breakup Is Getting Incredibly Messy Rumors are swirling that Dale cheated on Clare … and that is just the start of it.
niche drama Jan. 22, 2021
I Know Too Much About This Disney Love Triangle Now The drama started with Olivia Rodrigo’s “drivers license,” and now everyone (allegedly!) involved has released their own song.
celebrity Jan. 22, 2021
We Finally Know What Gigi and Zayn Named Their Baby Apparently, the name is a tribute to Gigi’s paternal grandmother.
friday sales Jan. 22, 2021
15 Things on Sale You’ll Actually Want to Buy: From Adidas to Coola Including lots of cold-weather essentials for the long winter ahead.
dream date Jan. 22, 2021
Bollywood Just Gave Us Our Next Leading Man Hollywood should take note of The White Tiger’s Adarsh Gourav.
By Sangeeta Singh-Kurtz
what?? Jan. 22, 2021
Wait, So Did Jenna Maroney Actually Date the MyPillow Guy? It’s a rumor that sounds right out of 30 Rock.
we tried this Jan. 22, 2021
What’s a Good Lipstick for Working From Home? Testing a popular one from Lisa Eldridge.
the body politic Jan. 22, 2021
America Is Back, Indeed With Biden, we’ve restored our country’s favorite tradition: basic, middling, white patriarchy.
By Rebecca Traister
introductions Jan. 22, 2021
For Rhye, Making an Album Created a Community The singer-songwriter wants people to feel present in his music.
More Stories