Fifty years after Frida Kahlo died in her home in Mexico City, her most private rooms were finally opened to the public, revealing a trove of diaries, letters, and hundreds of clothes still perfumed by paint and cigarettes. When the items became available to the Frida Kahlo Museum in 2004, the brocade corsets and hand-embroidered silk skirts were rumored to grow heavy at night, as if her spirit had returned to wear them.

Fashion was as much a part of Kahlo’s paintings as her daily life: She spent hours in front of the mirror getting dressed and loved shopping at department stores as much as the shops in San Francisco’s Chinatown. The book Frida Kahlo: Fashion As the Art of Being, out March 22 from Assouline, juxtaposes Kahlo’s clothing with the fashion and designers she has continued to influence for decades.

While artists and magazine editors have reproduced her bold style countless times (some featuring linen skirts, thick eyebrows, and hair adorned in flowers), she has more recently influenced designers like Riccardo Tisci for Givenchy, Dolce & Gabbana, and Carolina Herrera. Her corsets inspired Madonna’s famed “cone” bustier, designed by Jean Paul Gaultier for her 1990 Blond Ambition tour. Click ahead for a glimpse at her influence over the years.

Wearing one of her plaster corsets, which she decorated with the Communist hammer and sickle, c. 1951–52.

Frida Kahlo With Flowers in Her Hair, portrait by Bernard Silberstein, c. 1940. 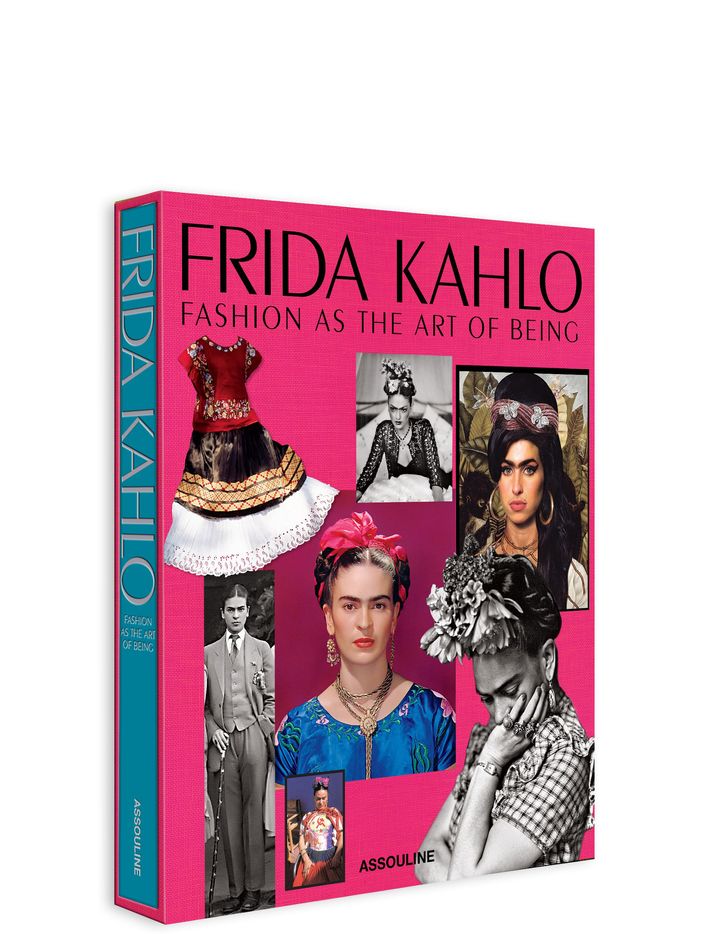 Frida Kahlo: Fashion as the Art of Being, out March 22 from Assouline.