About 25 years ago, the very British designer Rachel Ashwell started a brand that quickly became synonymous with mushy slipcover couches, fluffy duvet covers, and lots and lots of knockoffs. Now she’s rebranding, with a name change from Rachel Ashwell Shabby Chic to simply Rachel Ashwell, and a look that’s a bit more modern. It’s a reflection of how her own home has evolved, she says (“This is just how I personally live”). And how she personally lives, of course, involves some designs that aren’t her own, which we asked her to reveal here. 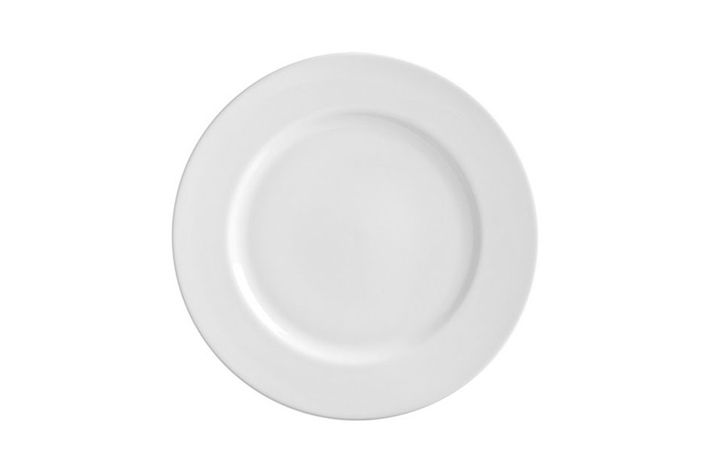 10 Strawberry Street Royal Charger Plate Set
“I have a lot of vintage plates, but I like to layer them with white. Target has really good staples of just plain, white china, and it’s always very affordable. It’s as good as any top-end line that you might find in a more expensive store.”
$97 for six at Target 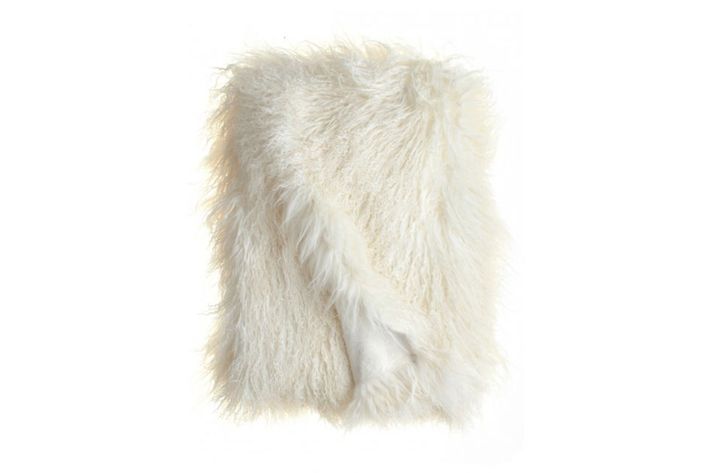 Tibetan Goat Rug
“I love this creamy goat-hair rug. I like the island-y feel of things from Calypso.”
$950 at Calypso St. Barth 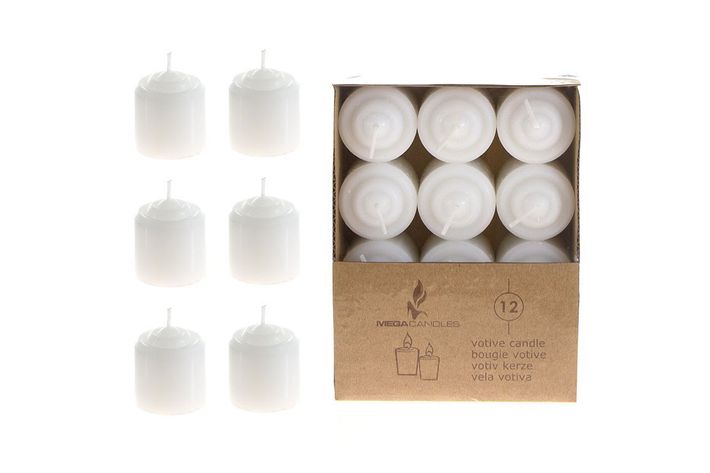 Votive Candles
“As far as candles go, I tend to like very simple white votives because I like to weave in and out of mixing high-end things with basic staples. But because they’re so basic, I’ll put little flower petals on the table around them.”
$8 for 12 at Amazon

Capiz Scalloped Chandelier
“I bought this for my daughter’s room. I’m known for chandeliers, so I typically like a fixture that makes a statement, but I like this one because it has a subtle hue and a little bit of that boho feeling.”
$295 at Serena and Lily 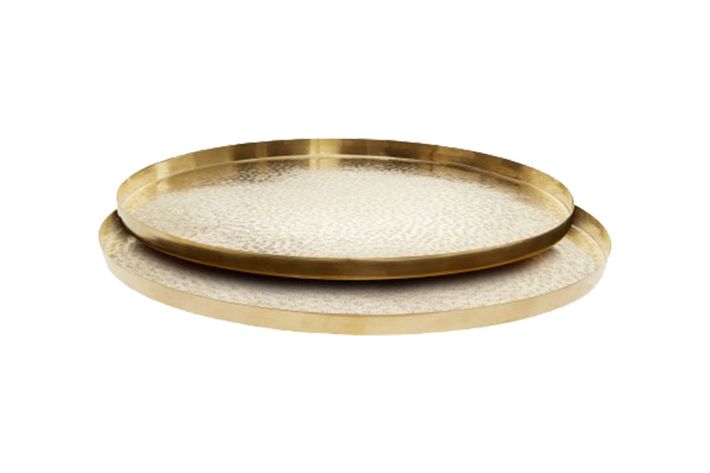 Hammered Brass Tray Set
“For side tables, or even coffee tables, I like to use a soft fabric ottoman and then put a tray on top. There’s a bit of versatility to that and I find that quite useful.”
$525 at Calypso St. Barth 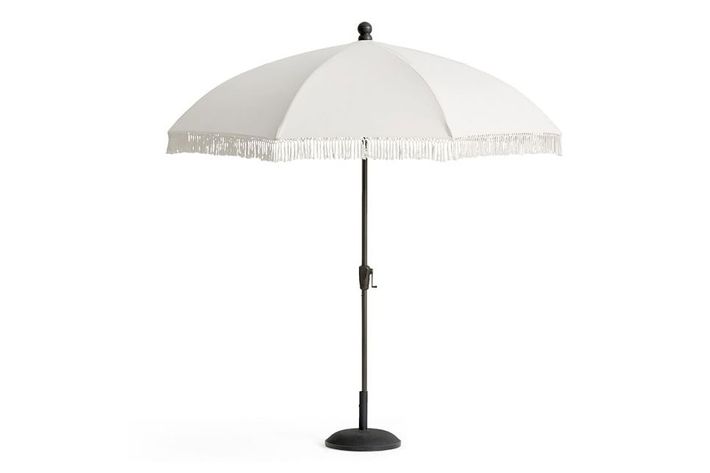 Outdoor Tassel Umbrella
“I just ordered these tasseled patio umbrellas. For the outside I lean toward a bohemian Ibiza feeling as opposed to anything too traditional. The little tassels add the flair.”
$299 at Pottery Barn 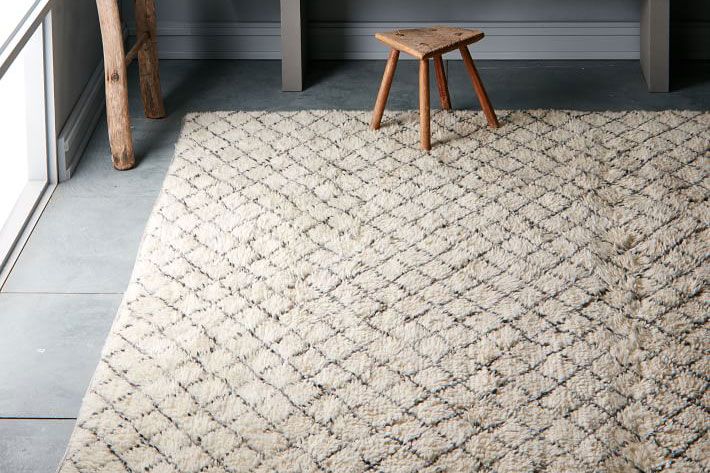 Wool Shag Rug
“Obviously when you’re putting something on the floor that has a white or cream background there’s a danger that it’s going to look grubby very quickly, but there’s just something forgiving about this brown diamond pattern. It still feels fresh and nice even when it starts getting a little bit worn.”
From $188 at West Elm 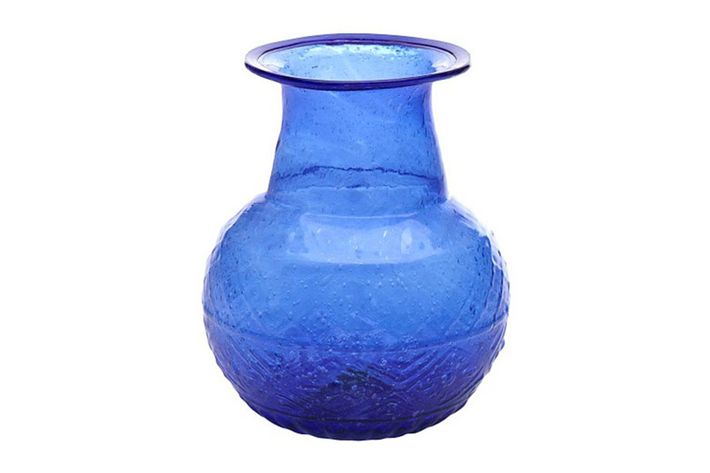 “Flowers are really important accents to any room and Target is my go-to for little bud vases. I tend to pick a theme and either do everything in white or clear or a palette of blue, just to keep the vision quite simple. What’s nice about Target is that what you find there today might be completely different tomorrow.”
$17 at Target

hot bod 9:00 a.m.
The Most Fun You Can Ever Have With Weights Finally, a workout worthy of our precious dumbbells.
By Maggie Lange
my two cents 9:00 a.m.
How to Cope With Being Broke, Angry, and Ashamed Lessons from a financial therapist.
By Charlotte Cowles
the bigger picture 8:47 a.m.
Photographing the New New York Cheryl Dunn captures the city’s suddenly quiet streets.
By Julia Kramer
influencers 8:45 a.m.
Popular Mommy Vlogger Admits She ‘Rehomed’ Her Adopted Son YouTuber Myka Stauffer is facing backlash after announcing the decision in a new video.
encounters 8:00 a.m.
Kelly Rowland Has Been Holding Back She’ll share the hardest story of her life on her new album.
the longest lives 8:00 a.m.
‘We Lost Sister Grace on Monday’ The sisters of Mount Saint Vincent Convent are praying we learn from this.
By Amelia Schonbek
love these days 7:00 a.m.
This Is Like High-School Dating All Over Again There’s nothing like longing from afar to make something old feel totally new.
crime Yesterday at 9:04 p.m.
Everything We Know About the Killing of George Floyd Video of Floyd’s arrest shows him pleading, “I can’t breathe,” as a white police officer kneels on his neck.
sure why not Yesterday at 8:20 p.m.
You Can Now Buy Grimes’s Soul Price? “Best offer.”
no thank you Yesterday at 6:54 p.m.
Why Go On A Roller Coaster If You Can’t Scream? Theme parks in Japan are considering a ban on screaming to mitigate the spread of coronavirus.
ask a cool person Yesterday at 5:45 p.m.
The Best Men’s Underwear, According to Cool Men Real guys and fashion experts on what they wear, from Hanes to Tom Ford to, yes, a lot of Calvin Klein.
By David Notis and Louis Cheslaw
?!?!?! Yesterday at 4:43 p.m.
The ‘Murder Hornets’ Are Expanding Their Dominion What fresh hell is this?
cut chat Yesterday at 4:05 p.m.
The Comfort and Power of Asian Cooking in Quarantine Coronavirus has changed how I feel about my mom’s recipes.
they seem cool Yesterday at 4:00 p.m.
The Stylist Who Calls Dries Van Noten ‘Papa Dries’ Meet Amanda Murray.
By Devine Blacksher
new faces of things Yesterday at 3:27 p.m.
Naomi Campbell’s Face Has a New Job It’s a match made in makeup heaven.
this thing's incredible Yesterday at 2:14 p.m.
With This Retro Eyeglass Chain, I Keep My Mask Within Reach at All Times No more fumbling for a face covering.
keeping up with the royals Yesterday at 12:52 p.m.
Harry and Meghan Are Dealing with ‘Unimaginable’ Invasions of Privacy Drones are reportedly flying as low as 20 feet over their rental property in L.A. to photograph the former royals and their infant son, Archie.
culture Yesterday at 12:14 p.m.
What Exactly Is a ‘TikTok Cult’? Thankfully, it’s not as sinister as it sounds.
space of the week Yesterday at 11:00 a.m.
A Designer’s Alfresco Escape in Brooklyn During the summer months, Robert Farrell retreats to the outdoor garden room he spent decades cultivating.
By Wendy Goodman
fiction Yesterday at 11:00 a.m.
The Conditions of Deliverance “Nothing was better than aligning with one of Vern’s messages from God.”
By Chelsea Bieker
More Stories