Imagine the sweetest thing on earth, so sweet it almost makes your teeth hurt. Now put it in a makeup compact and slip that in a box covered with flowers or Jules Verne–era hot-air balloons. This is Ladurée Les Merveilleuses makeup, named after the famous Parisian tea salon and pastry shop, home of the pastel-colored macarons. I stumbled upon the makeup on a recent trip to Tokyo — it’s sold only in Asia — and when I tried to take a picture of it, I was politely, solicitously, and apologetically scolded, which the salesperson managed to do while smiling. Sweetly. 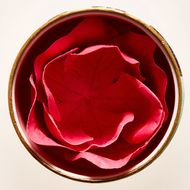 The ivory plastic compacts have a gold cameo glued on top, which looks as disappointingly cheap as it sounds. The surface of the blush inside, which comes in various shades of bright pink or orange, also is stamped with a cameo. Blush is the key product in the line, and the most popular one looks like rose petals and releases pigment when the petals are skimmed with a brush. It’s all very cute or kuwaii, and fits in nicely in the Harajuku neighborhood where I saw them at Laforet, a shopping center that appeals especially to teenagers. Grown-up women seem to be equally bonkers over the stuff at the Isetan department store I visited. 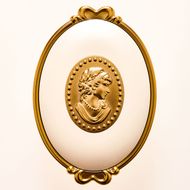 The makeup was “created for women who enjoy being women, and who value something that enchants them not reasonably but intrinsically,” according to the Ladurée website. There are other reasonable products in the line but the salesperson told me the intrinsically enchanting blushes are the best sellers, and they’re the main focus of the collection. Allow the French philosopher in the Ladurée marketing department to explain: “The most important part for expression is the cheek area. In 18th-century France, cheek colors that determine the whole expression of the face were the only representational art noble women were allowed to use on their faces to make them more attractive.” 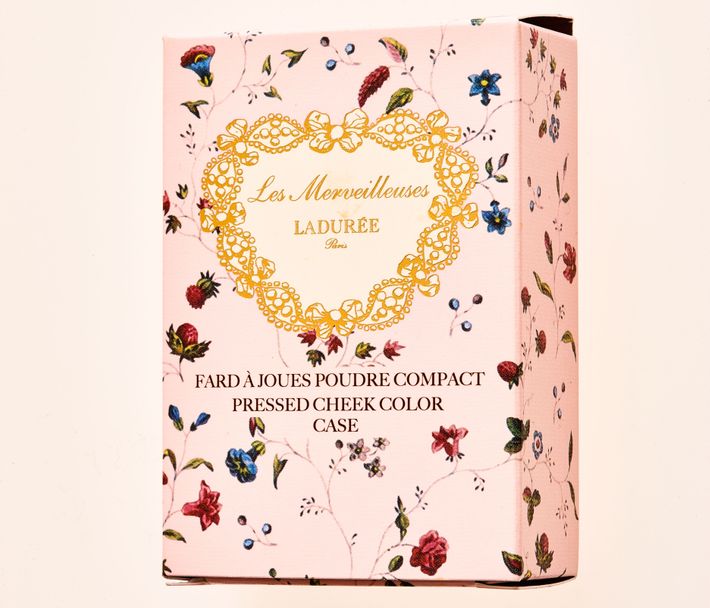 Besides, who doesn’t want their blush to match their dessert? 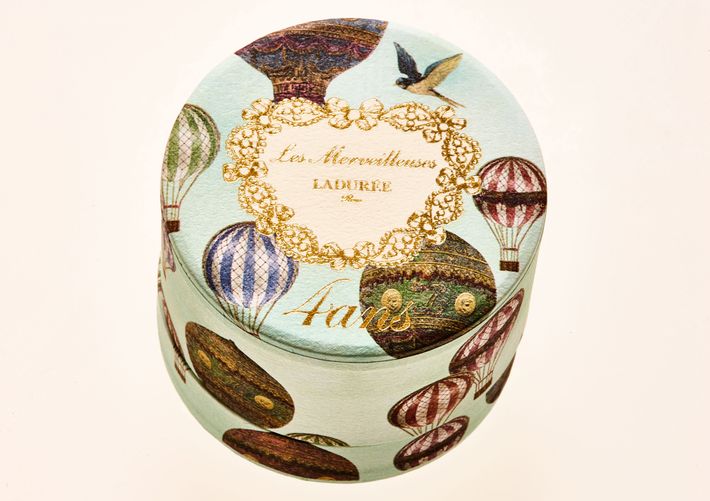 This Ladurée Makeup Is the Sweetest

astrology 24 mins ago
Madame Clairevoyant: Horoscopes for the Week of November 28 Jupiter retrograde is ending, so you can put the rose-colored glasses back on.
By Claire Comstock-Gay
sex diaries 8:00 p.m.
The Divorced Lawyer Who Loves Getting Ready for Dates This week’s sex diary.
snacks Nov. 25, 2022
I Can’t Shut Up About Spam Figgy Pudding It’s so wrong, and yet so right.
gone sale-ing Nov. 25, 2022
25 Black Friday Lifestyle Deals to Make Your Humble Abode a Little Less Humble It’s all in the details.
black friday Nov. 25, 2022
22 Best Black Friday Fashion Deals From Everlane, Nordstrom, Saks, and more.
culture Nov. 25, 2022
Rebranding Midlife Celebrities like Naomi Watts, Stacy London, and Judy Greer are determined to make a business out of menopause.
gone sale-ing Nov. 25, 2022
36 Amazon Gift Ideas That Are Also On Sale For Black Friday Kill two bird with one stone.
5 questions with... Nov. 25, 2022
For Quentin Plair, Stripping Wasn’t Always on the Menu But the Welcome to Chippendales star’s confidence was renewed after playing an exotic dancer on TV.
gone sale-ing Nov. 25, 2022
The 27 Best Black Friday Beauty Deals Tatcha, Sephora, and Nordstrom are already offering some great discounts.
5 questions with... Nov. 25, 2022
How Amanda Gorman Fostered Her Confidence It didn’t always come naturally, but the poet built it with affirmations from her mom and using her imagery as activism.
¡hola papi! Nov. 25, 2022
‘I Lost My Creative Spark’ Don’t think about the book you haven’t written or the drawing you haven’t sketched out. Think about what role you want art to play in your daily life.
By J.P. Brammer
star material Nov. 24, 2022
A Handy Guide to Astrology’s Black Moon Lilith Lots of mystery and intrigue with this one.
5 questions with... Nov. 24, 2022
Pauline Chalamet Shares Her Most Embarrassing College Story Live lobsters were involved.
my two cents Nov. 24, 2022
How to Buy the Best Gifts With Less Money and Time It’s simple: Ask people what they want.
By Charlotte Cowles
celebrity Nov. 23, 2022
Pete Davidson and Emily Ratajkowski Hit a New Relationship Milestone The rumored couple reportedly celebrated Friendsgiving together.
chaos Nov. 23, 2022
Taylor Swift’s Ticketmaster Disaster Is Going to the Senate Congress will hold a hearing on competition in the ticketing industry.
ch-ch-changes Nov. 23, 2022
Alessandro Michele Confirmed Out at Gucci The creative director, who transformed the brand into a more playful, quirky, and gender-fluid version of itself, is exiting after almost eight years.
style Nov. 23, 2022
Is it a Crime to Go to the Met Gala? If you’re a sitting U.S. representative, the answer might be yes.
holiday gifts Nov. 23, 2022
These Nordstrom Black Friday Deals Should Be on Your Gifting Radar At every price point.
tis the season Nov. 23, 2022
Sir Elton John Lights Up Fifth Avenue For Saks’s annual holiday-window unveiling.
More Stories