May’s installment of the Cut Book Club ranges from a popular book about the dangers of wheat to a novel that reads like the female version of Fight Club. Scroll down for the best books we’re reading this month, and if you have other recommendations, let us know in the comments. 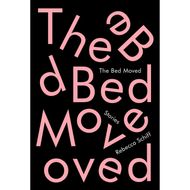 1. The Bed Moved by Rebecca Schiff
“’I only know about parent death and sluttiness,’ begins Schiff’s story ‘Write What You Know.’ In her hands, these are vast, rich subjects. I finished this brief collection and only wished there were many more stories. (But look! Here’s an essay Schiff wrote for the Cut.)” — Molly Fischer, senior editor 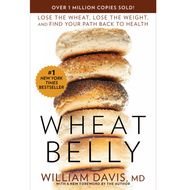 2. Wheat Belly by William Davis
“Is there anything sadder than a book about the downside of delicious, comforting, ever-abundant wheat? According to author and cardiologist William Davis, wheat is the source of a host of medical conditions, including diabetes, obesity, cognitive impairment, and bad skin. He blames this on a combination of modern hybrid wheat strains and GMOs. If there’s any strong takeaway, it’s that wheat is everywhere, even in foods you wouldn’t expect. Though for the record, I just ate an egg sandwich this morning. I guess I’m not a quick study.” — Ashley Weatherford, associate beauty editor 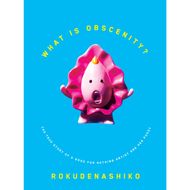 3. What Is Obscenity? by Rokudenashiko
“Ever since I heard about the kayak that Rokudenashiko constructed from a 3-D-printed scan of her vagina, she’s been a personal hero of mine. Arrested twice by the Japanese government for obscenity, Rokudenashiko (a self-described “manko artist” based in Japan) has been fighting the good fight to destigmatize pussy in her otherwise sex-obsessed home country. What Is Obscenity? is the English translation of her graphic memoir that tells the story of her two times in jail for manko art. It’s an inspiration.” — Dayna Evans, staff writer 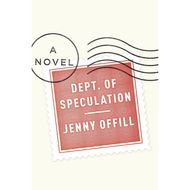 4. Dept. of Speculation by Jenny Offill
”Seeing that I was mired a state of post–Maggie Nelson Bluets/The Argonauts what-do-I-read-next?-fueled despair, a friend recommended Jenny Offill’s Dept. of Speculation, which is a beautiful book about the dissolution of a marriage, written in short vignettes. It’s funny, sad, and moving all at the same time, and I would gladly have read about 600 more pages.” — Aude White, publicist 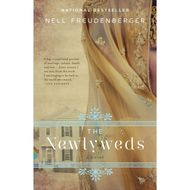 4. The Newlyweds by Nell Freudenberger
”I found myself in a nightmare scenario: about to face six cumulative hours of bus travel over two days, having just finished my last book with nothing else lined up. I grabbed The Newlyweds from the office book pile because I had been meaning to read it for a couple of years, and it hasn’t disappointed. It’s a thoroughly engrossing tale of a cross-cultural marriage, and you’re certain to become emotionally invested in the main character.” — Gabriella Paiella, staff writer 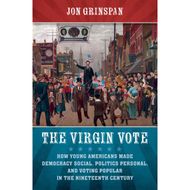 5. The Virgin Vote by Jon Grinspan
“Full disclosure: My brother wrote this book, so I initially picked it up for reasons other than my abiding personal interest in 19th-century voting patterns. But I am perpetually interested in What the Teens Are Up To, and this offers a fascinating look at the lives of adolescents in the era leading up to the Civil War. The best part is the individual stories, like the tale of Mattie Thomas, who convinced her hot long-distance boyfriend, Uriah, to move back and marry her on the pretext that he had to come home to cast his ballot.” — Izzy Grinspan, senior editor 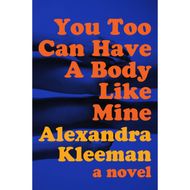 8. My Kind of Place: Travel Stories From a Woman Who’s Been Everywhere by Susan Orlean
”With zero travel plans on my calendar, I’m reading this book of essays by Susan Orlean as the next best thing. I will likely never attend the World Taxidermy Championships, float in the radioactive waters of Hungary’s Lake Héviz, or shoot clay pigeons in Scotland, but Orlean did, and she writes about it beautifully. Most of the stories were published in The New Yorker years ago; all of them are unexpected.” — Catie  L’Heureux, assistant editor 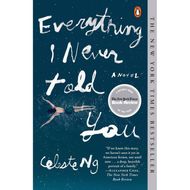 9. Everything I Never Told You by Celeste Ng
“This book is like a conversation with your closest friend — it flows effortlessly and you never want it to stop. It feels like the author is whispering all the secrets of this family — their thoughts and pasts — to only you. It’s almost as if a low hum, filled with warmth, settles inside your body as you read. The time disappears, you become part of the community in the book, and can somehow relate to every character.” — Raydene Salinas, photo editor 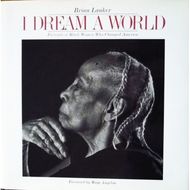 10. I Dream a World: Portraits of Black Women Who Have Changed America by Barbara Summers
“I stumbled upon this book while waiting for my dad to pick me up from the airport recently, and I’m so thankful I did. For $2 including tax, you get so much information about black women in history. Learning about details of these powerful women’s lives makes them seem more human and their accomplishments seem more incredible. There are stories about poets, lawyers, singers, and activists, and an inspiring foreword by the incomparable Maya Angelou.” — Lindsay Peoples, fashion market editor

See All
executive powers 6:01 p.m.
Did Biden Get Rid of Trump’s Precious Diet Coke Button? Trump would apparently press it in the Oval Office to summon a butler bearing the soft drink on a silver tray.
let's makeup 5:44 p.m.
Michelle Obama Was Wearing Fenty Beauty at the Inauguration Her personal makeup artist breaks down the eyes-only look.
what?? 5:19 p.m.
Wait, So Did Jenna Maroney Actually Date the MyPillow Guy? It’s a rumor that sounds right out of 30 Rock.
coronavirus 4:59 p.m.
‘I Feel Like I Got in Through a Side Door’ Five people who lucked into an extra vaccine dose talk about their complicated feelings.
power 3:54 p.m.
Please Stop Contacting the Woman Who Made Bernie’s Mittens In a matter of hours, the teacher who gave Sanders the mittens received more than 6,000 emails. But the mittens aren’t for sale.
the object of our affection 3:18 p.m.
Peak Relaxation Is a Comforter With Sleeves Like a Snuggie, but make it fashion.
tastemakers 2:25 p.m.
The Shoe Designer Making ‘Nude’ Inclusive Salone Monet knows that one color does not, in fact, fit all.
q&a 1:56 p.m.
@ArmasUpdates Weighs In on the BenAna Split The infamous stan account on Ana de Armas’s breakup with Ben Affleck.
celebrity 1:35 p.m.
What Has Ol’ Chet Hanks Got Up His Sleeve? Checking in on Tom Hanks’s rapper son.
power 11:22 a.m.
AOC Spent Inauguration Day at a Strike The congresswoman joined a picket line with striking produce workers in the Bronx.
acquiescence 10:34 a.m.
Turns Out, It’s Pretty Good: Tracking My Steps This dumb little gadget gave me a little nudge in the right direction.
capitol riot 10:34 a.m.
A Proud Boys Organizer Has Been Arrested for His Role in the Capitol Riot Joseph Biggs, who belongs to the far-right extremist group and stormed the building on January 6, is facing a slate of federal charges.
my two cents 10:00 a.m.
‘How Can I Afford the Therapy I Need?’ You shouldn’t have to choose between your mental health and your financial future.
By Charlotte Cowles
television 9:00 a.m.
They Tricked Me Into Watching a Marvel Show WandaVision has more in common with The Marvelous Mrs. Maisel than most comic-book movies.
2021 inauguration Yesterday at 6:19 p.m.
An Encouraging Day for Democracy, and Coats The Republic has been damaged, but the outerwear is strong.
By Emilia Petrarca
keeping up with the kardashians Yesterday at 4:25 p.m.
Kim and Kanye to Divorce in Most Kardashian Way Possible Their failing marriage will reportedly be a major plot point in the final season of Keeping Up With the Kardashians.
lunchtime buy Yesterday at 3:54 p.m.
This Nectar Makes Any Moisturizer Feel Like La Mer And it’s made from tulips.
2021 inauguration Yesterday at 3:47 p.m.
Ella Emhoff Brings Art-School Chic to the Capitol The First Daughter of Bushwick sent Twitter into a frenzy in Miu Miu.
2021 inauguration Yesterday at 3:26 p.m.
Bask in the Brilliance of Amanda Gorman The 22-year-old poet was a ray of light at the inauguration.
fashion Yesterday at 2:00 p.m.
‘God Bless Lady Gaga, and God Bless America’ Words of wisdom from Schiaparelli’s designer.
More Stories