So far we’ve told you what to get for your dad who doesn’t like golf, your dad who does like booze, and your baby-daddy dad. Next up, what to buy your dad who enjoys a good read — or just likes to stare at pictures of David Bowie and Ed Ruscha’s omelettes. 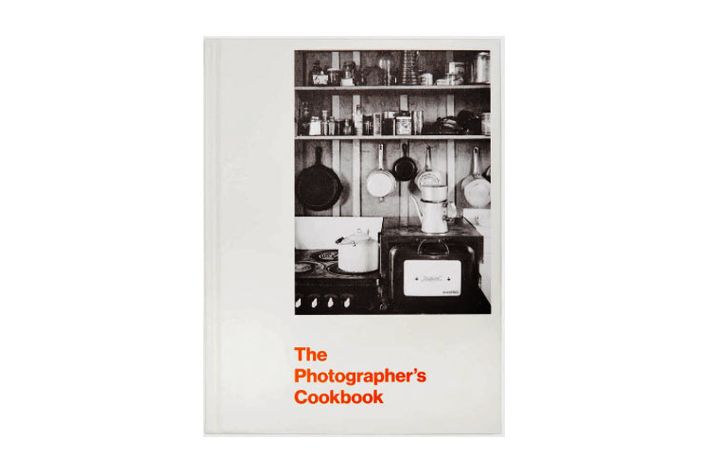 The Photographer’s Cookbook
In 1977, the George Eastman Museum in Rochester got in touch with a group of photographers — among them Robert Adams, Ansel Adams, Richard Avedon, and William Eggleston — asking them to send in their favorite recipes along with accompanying photographs. The book, however, was never published, until a few months ago. Now your dad can learn how to make Ansel Adams’s poached eggs in beer or Ed Ruscha’s cactus omelette.
Buy it: $30 at The Line 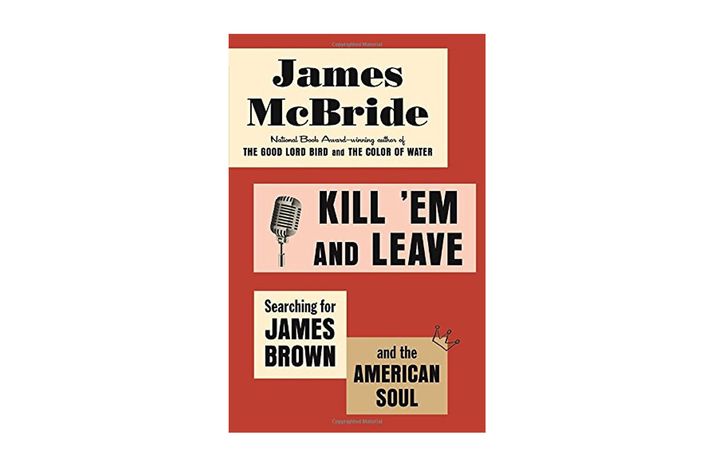 Kill ‘Em and Leave: Searching for James Brown and the American Soul, by James McBride
His gazillion-selling memoir The Color of Water may have focused on his mom, but McBride’s thinky sideways biography about the Godfather of Soul in all his glory, suffering, and imperfection has funky dad written on every page.
Buy it: $19 at Amazon 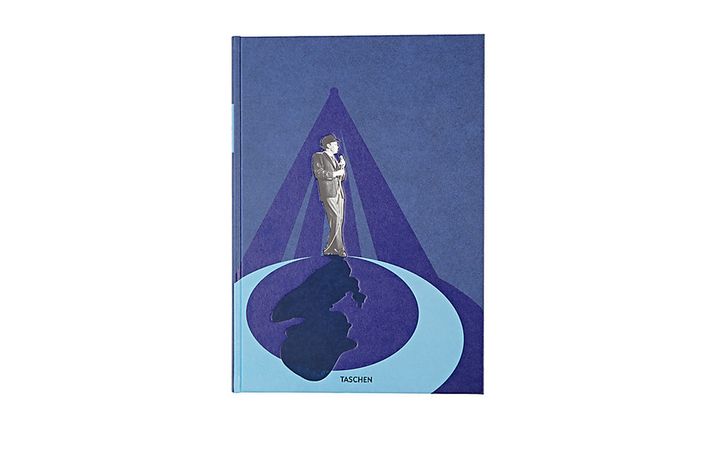 Frank Sinatra Has a Cold, Limited Edition, by Gay Talese
Everything Dad ever wanted to know about Gay Talese’s seminal non-profile profile of Sinatra for Esquire, featuring Talese’s original storyboards, reprinted manuscript pages, and lots of never-before-published photos of Ol’ Blue Eyes. There are only 5,000 copies of this beautiful (Italian letterpressed) tome, and each one is signed by Talese himself.
Buy it: $200 at Barneys 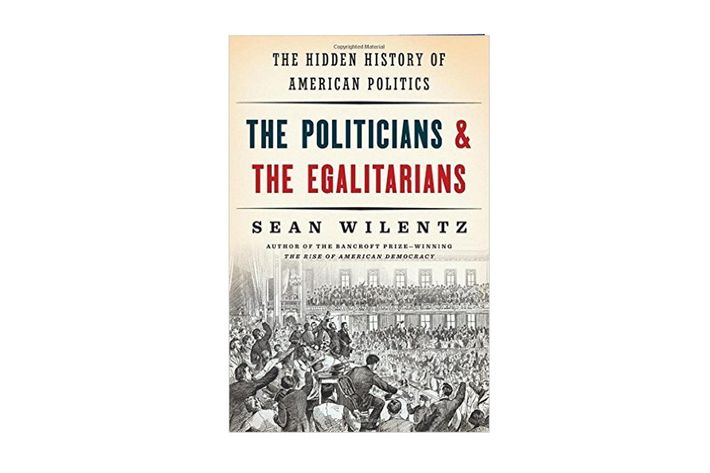 The Politicians and the Egalitarians: The Hidden History of American Politics, by Sean Wilentz
The Princeton historian doesn’t get Bernie either! Or that’s the subtext of this very smart dadsplainer’s paean to the undersung heroes of lefty compromise, from Lincoln on down, and the need to leaven that Berning in the belly with some old-fashioned triangulation.
Buy it: $19 at Amazon 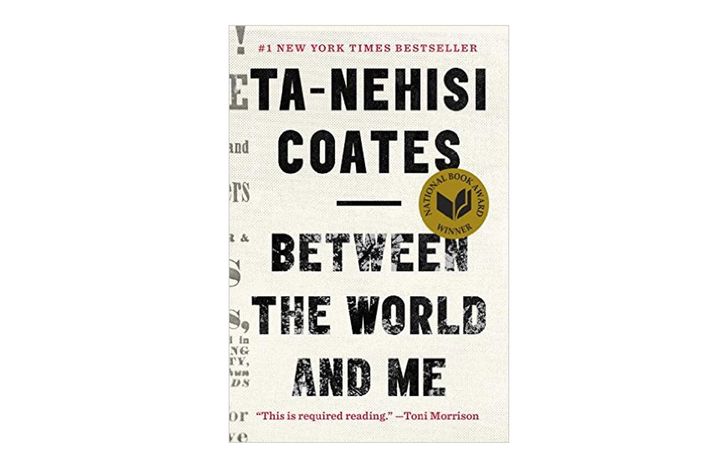 Between the World and Me, by Ta-Nehisi Coates
Maybe he’s heard about it or even asked about it; it’s time to put the book in his hands. Coates structures his battle cry for black lives as a letter to his son — a public survival lesson any father can understand.
Buy it: $13 at Amazon 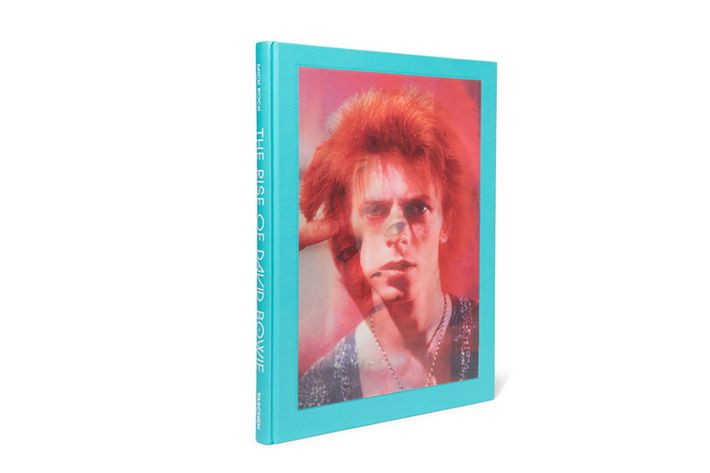 The Rise of David Bowie, 1972-1973, by Mick Rock
From 1972 to 1973, at the height of his Ziggy Stardust period, Mick Rock trailed Bowie as his official photographer, shooting him backstage, having lunch, and attempting to bite a guitar.
Buy it: $70 at Mr. Porter 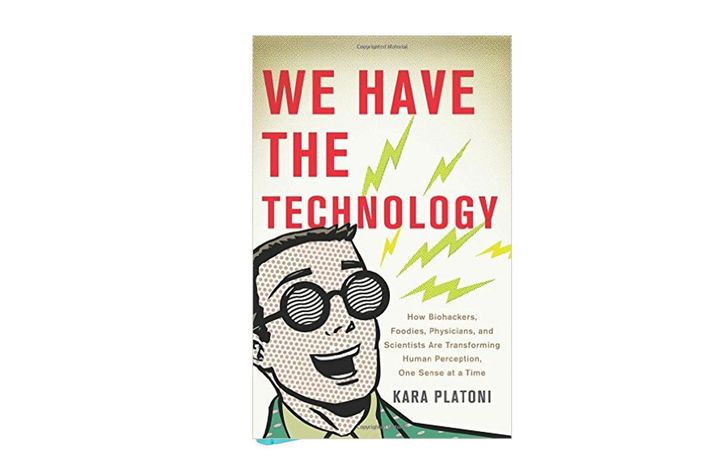 We Have the Technology: How Biohackers, Foodies, Physicians, and Scientists Are Transforming Human Perception, One Sense at a Time, by Kara Platoni
Nerd him out with this journalist’s whistle-stop tour of technology that expands our senses — VR, AI, flavor enhancement, and the rest — while walking the fine line between “gee whiz” and “be very afraid.”
Buy it: $22 at Amazon 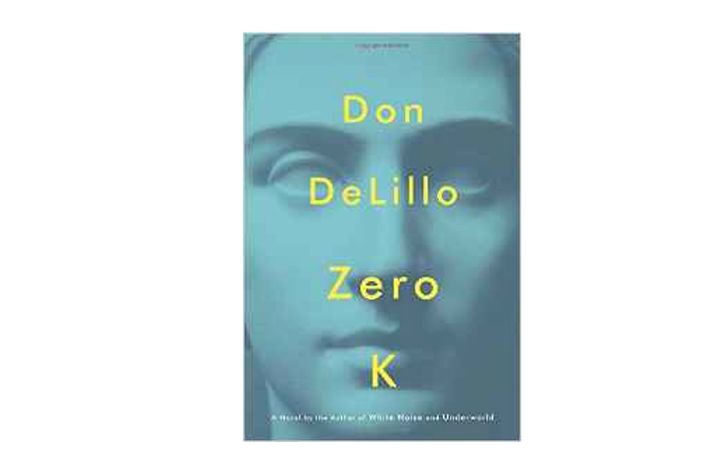 Zero K, by Don DeLillo
The master is celebrated and knocked for his postmodern cool, but for the more adventurous patriarch this will get personal fast. DeLillo’s latest foray into the terrifying wilds of technology plumbs the tension between a billionaire father set on freezing himself for eternity and his more earthbound son.
Buy it: $18 at Amazon 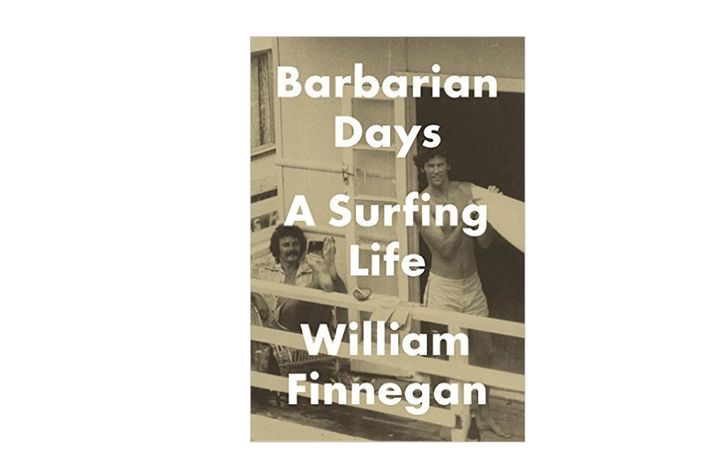 Barbarian Days: A Surfing Life, by William Finnegan
Imagine Hemingway as a recovering hippie favoring longer sentences, better drugs, and animal-friendlier sports. The war correspondent and lifelong surfer roamed the world in search of the best wave and the liveliest story, returning with a memoir any survivor of the 60s can relate to, seaworthy or not.
Buy it: $19 at Amazon 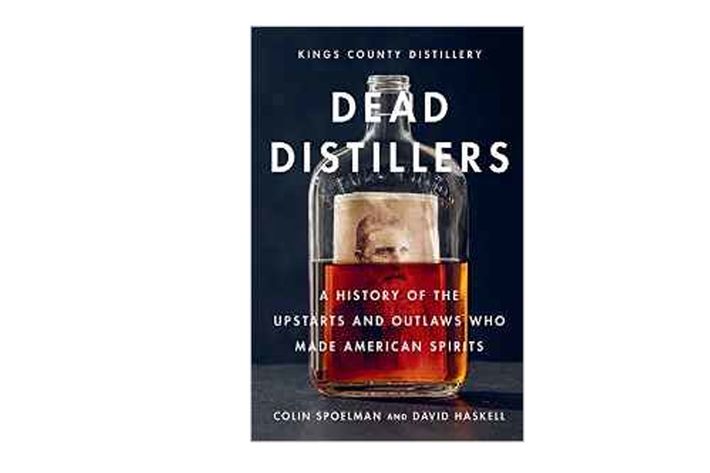 Dead Distillers: A History of the Upstarts and Outlaws Who Made American Spirits, by David Haskell and Colin Spoelman
If Dad likes his drinks stiff. Haskell (an editor at this magazine) and Spoelman, the duo behind Kings County Distillery, have written a follow-up to their Guide to Urban Moonshining: a history of Big Booze’s most tantalizing characters, from Jasper “Jack” Daniel to (surprisingly) Andrew Mellon.
Buy it: $15 at Amazon 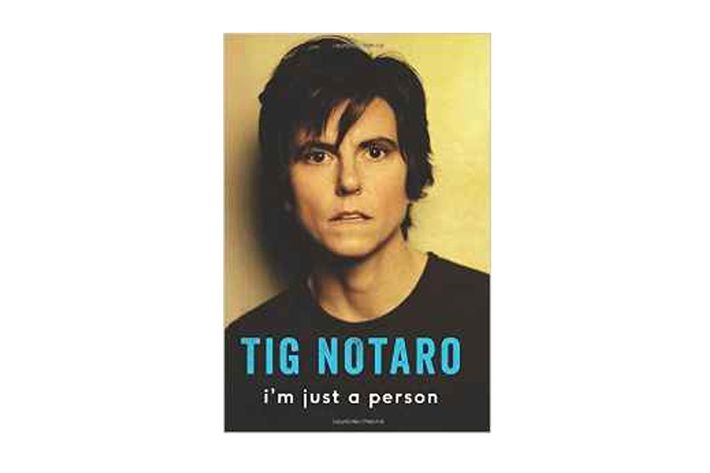 I’m Just a Person, by Tig Notaro
The comic’s now-famous routine about being diagnosed with cancer while her mom died may not be every dad’s thing, but this more emotive memoir focuses on the aftermath — including a reconciliation with her distant father. It’s still funny, too.
Buy it: $16 at Amazon

See All
friday sales 12:53 p.m.
19 Things on Sale You’ll Actually Want to Buy: From Eileen Fisher to Everlane Including a relationship-saving vacuum and lots of summer dresses.
gimme 12:27 p.m.
I Can’t Wait to Be Absolutely Pummeled by Knives Out 2 (Screams in Daniel Craig’s Southern accent)
politics 12:18 p.m.
Marjorie Taylor Greene Won’t Stop Harassing Her Colleagues This week, the Georgia representative followed AOC through the Capitol, berating her for supporting Black Lives Matter.
animals 11:56 a.m.
Fugitive Tiger Continues to Evade Arrest A big cat has been on the lam in Houston for nearly a week.
ask a cool person 11:45 a.m.
What Is the Best Women’s Underwear? We asked stylists, rappers, models, and designers about their favorites.
By Hilary Reid, Lauren Levy, and Jenna Milliner-Waddell
hot bod 11:16 a.m.
The Personal Trainer That Monitors Your Every Heartbeat Could constant surveillance make me perfectly fit?
sexual assault awareness 10:09 a.m.
Charlyne Yi Responds to Seth Rogen’s James Franco Statement She also suggests names of seven actresses for Rogen to apologize to.
celebrity 9:00 a.m.
Notorious Cheater Has Allegedly Cheated Again The latest drama with Tristan Thompson and Khloé Kardashian keeps getting messier.
the bigger picture 8:00 a.m.
Envisioning Hidden Histories Avion Pearce’s photographs imagine a Black lesbian love story for the ages.
By Devine Blacksher
police bruality 7:16 a.m.
4 Ex-Officers Face Federal Charges for George Floyd’s Murder Derek Chauvin and three other former Minneapolis police officers have been indicted by a federal grand jury.
¡hola papi! 6:00 a.m.
‘I Don’t Know How to Be Single’ It’s harmful to let a fear of being disliked govern your existence.
By J.P. Brammer
celebrity splits Yesterday at 8:40 p.m.
Pour One Out for the Pasta Scion Katie Holmes is reportedly single.
huh! Yesterday at 7:09 p.m.
Is This 2021’s Most Unexpected Celebrity Couple Yet? John Mulaney … and Olivia Munn?
let's makeup Yesterday at 5:48 p.m.
Prince Is Getting His Own Makeup Collection The Prince estate has teamed up with Urban Decay.
what gives Yesterday at 5:45 p.m.
Screw You, Universal Pictures The company has apparently been hiring male actors to dub Laverne Cox in foreign releases.
relationships Yesterday at 5:11 p.m.
I Mean, I’d Wear Megan Fox’s DNA MGK discusses the romantic origins of his Megan Fox blood necklace.
coronavirus news Yesterday at 4:59 p.m.
CDC Says Vaccinated People Can (Mostly) Stop Wearing Masks Under the new guidance, fully vaccinated people can now go bare-faced in almost all indoor and outdoor settings.
shopping Yesterday at 3:18 p.m.
37 Summer Sundresses to Wear Right Now Because it’s finally getting warm.
celebrity Yesterday at 2:15 p.m.
Kat Dennings and Andrew W.K. Are Engaged?! The pair shared ring pics on Instagram.
power Yesterday at 1:15 p.m.
The Matt Gaetz Scandal Keeps Getting Worse His wingman has agreed to plead guilty in his federal sex-trafficking case, which could spell trouble for the Florida Republican.
More Stories