“It’s very sad that Terence Donovan is not around, because I think he would without question be one of the grand old men of British photography,” says Robin Muir, curator of “Terence Donovan: Speed of Light,” a new exhibition at London’s The Photographers’ Gallery.

Donovan, who died in 1996, was one of the significant image-makers who produced the famous London look of the 1960s. “It’s a very British thing: the Union Jack, Twiggy,” says Muir. But, as the new show demonstrates, there was more to Donovan than his renowned women’s-fashion shoots. His menswear photographs, for example, were groundbreaking: “He took them to the most extraordinary locations. He took them to the gasometers that punctuate the London skyline; he took them to the Blitz-rubbled landscape of east London, which of course he knew as a child; and he gave men’s fashion a drama that it had never had before — and paved the way for the photography of men’s clothes that we know today.”

He was also an accomplished portraitist. “I’m putting one of his portraits of Diana, Princess of Wales, in [the show], which I like enormously, and that’s a very good example of somebody who came alive under Terence’s direction in the studio,” says Muir. Beyond the walls of his studio, Donovan occasionally produced his own documentary photographs, which are less known than his fashion portfolio; they include a series following a day in the life of a stripper, and another observing an artists’ commune. “He photographs them like he’s rediscovered a sort of interesting, unseen tribe,” says Muir. “They’re in the tradition of the photo essay, which is something he didn’t really pursue thereafter — which is a great shame, because I think he was very good at it.”

Donovan’s 1970s and 1980s work in advertising and music videos, however, showed a highly commercial eye. He produced the iconic 1986 video for Robert Palmer’s “Addicted to Love,” in which the singer performs with a band of Alaïa-clad women with slicked-back hair and glossy red lips. “And you know, we found a piece of paper — the back-of-a-fag-packet idea he had — and sure enough it’s translated into this video,” says Muir. “Terence came up with the idea. I don’t quite think he thought it would have the life that it did.” Click ahead for a preview of the photographer’s London retrospective.

“Terence Donovan: Speed of Light” in association with Ricoh is on display at The Photographers’ Gallery, London, from July 15 through September 25. Terence Donovan: Portraits is published by Damiani at £35.00 ($46).

From “Thermodynamic,” fashion shoot for About Town, January 1961. 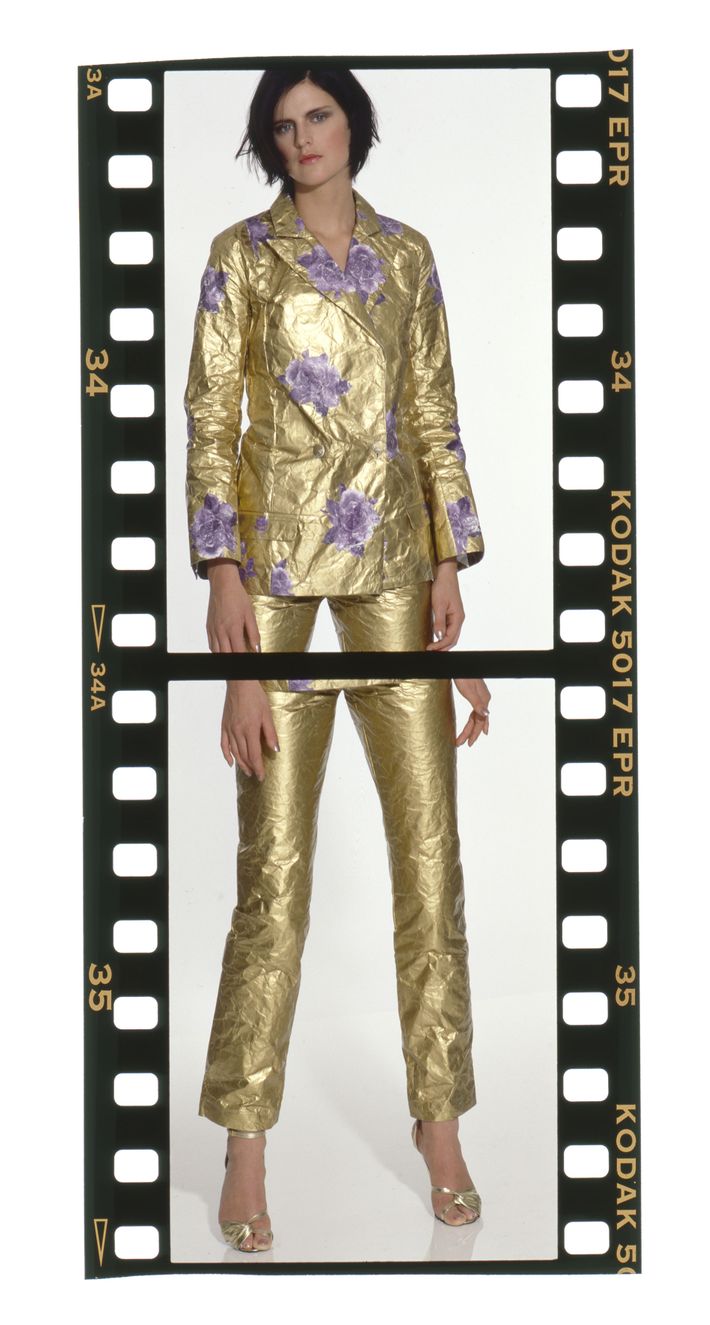 celebrity 6 mins ago
Kourtney and Travis Had the Goth Wedding of Their Dreams The lavish Italian ceremony was apparently sponsored by Dolce & Gabbana.
how i get it done 26 mins ago
E! Host Nina Parker Isn’t Afraid to Make Mistakes “I’m no longer in a place where I need to be loved by everybody. The right people find you.”
covid-19 10:43 a.m.
When Will Young Kids Be Able to Get the COVID Vaccine? Pfizer says its three-dose vaccine appears to be effective for children under 5.

life after roe 8:00 a.m.
Don’t Trust the DIY Abortion Advice You See on TikTok These are the risks involved.
life after roe 8:00 a.m.
How to Have a Medication Abortion Where to find the pill and what to expect.
life after roe 8:00 a.m.
The Crisis Pregnancy Center Trap And how not to fall for it.
life after roe 8:00 a.m.
The Future of Abortions in America An access map.
By Irin Carmon
life after roe 8:00 a.m.
How to Protect Yourself When Seeking an Abortion Learn your legal risks and take control of your digital privacy.
life after roe 8:00 a.m.
How to Get Help for Your Abortion The abortion mutual aid network getting patients the funds, travel, and childcare assistance they need.
life after roe 8:00 a.m.
Find an Abortion An exhaustive guide to the clinics open in each state, how to reach them, and the services they offer.
By
astrology Yesterday at 8:30 p.m.
Madame Clairevoyant: Horoscopes for the Week of May 23 Mercury’s still retrograde, and now it’s headed into stubborn Taurus. Try to keep an open mind while it’s there.
By Claire Comstock-Gay
sex diaries Yesterday at 8:00 p.m.
The Designer Having Sex With an Actor After ‘Work Drinks’ This week’s sex diary.
day in the life May 20, 2022
Up on the Rooftop in Gohar World Sisters Laila and Nadia Gohar launched a line of coolly unusual housewares with a party on a Rockefeller Center rooftop. Cue the doves.
By Matthew Schneier
gone sale-ing May 20, 2022
How to Shop the Ssense Sale Like a Pro It’s a marathon, not a sprint.
art? May 20, 2022
Anna Delvey Is Ready for Her Comeback She hosted her first solo art show remotely from an ICE detention center.
harry styles May 20, 2022
Here Are Your Weekend Plans Courtesy of Harry Styles Harry’s House is finally here.
sure why not May 20, 2022
What Is Johnny Depp’s Deal With Alpacas? They keep coming up in the actor’s defamation trial, but … why?
why May 20, 2022
Ted Cruz Is Curious How Pete Davidson Gets These ‘Hot Women’ He posed the question during a podcast segment about “toxic femininity.”
parties! May 20, 2022
The Bestest Party Looks of the Week  Harry Styles > everyone!
pda May 20, 2022
Chrishell Stause and G Flip Can’t Keep Their Hands Off Each Other Even at the airport.
More Stories