For July’s installment of the Cut book club, we’re reading buzzy new fiction like Yaa Gyasi’s Homegoing and Brit Bennett’s The Mothers, snappy beach reads like Robin Wasserman’s Girls on Fire, and very un-beachy reads Åsne Seierstad’s devastating One of Us. Scroll down for the best books we’re reading this month, and if you have other recommendations, let us know in the comments. 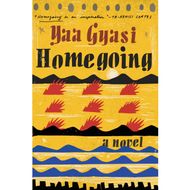 Yaa Gyasi’s debut novel covers 300 years of history on two continents, yet is also one of the most beautifully written novels I’ve read in years. The story starts with half-sisters in Ghana — one becomes a wealthy wife who lives in a castle, the other a slave shipped off to America — and traces the fates of their descendants through war in west Africa, slavery in Alabama, and much more. I’m already craving the 26-year-old Gyasi’s next book. — Megan Greenwell, features editor 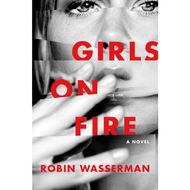 2. Girls on Fire by Robin Wasserman 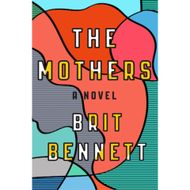 3. The Mothers by Brit Bennett

Recommended in our Bloop Guide to Summer Parties, The Mothers lives up to the hype. Sad and quick-paced and full of one-liners that capture the human experience almost too astutely, Brit Bennett’s debut is the kind of book that makes you excited to watch an author grow over the years. If Bennett’s first novel is this good, imagine her fourth, her fifth. — Dayna Evans, staff writer 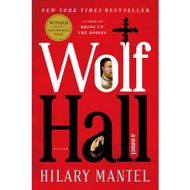 I picked up this book after binge-watching The Tudors one weekend left a Henry VIII–sized hole in my life. It’s a historical-fiction narrative about life in the Tudor court told from the point of view of Thomas Cromwell, who served as chief minister. It’s full of historical details, but Mantel’s light, straightforward style makes it a fun, easy read. — Claire Landsbaum, staff writer 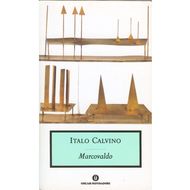 I was gifted a copy of this short-story collection a few years ago, and just finally decided to make it my roof read. The stories cycle through the seasons and follow city-dweller Marcovaldo’s struggles with urban life as a nature-lover, which is a little surreal to read on your barren — save for soccer-mom chairs, milk crates, and beer bottles — Brooklyn roof. To Marcovaldo, the literal grass always seems greener, but only on the surface, which is reassuring to a proud city person who’s been feeling uncharacteristically antsy to get out this summer. — Marissa Cetin, social media editor 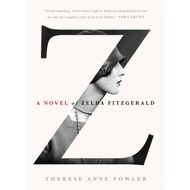 6. Z: A Novel of Zelda Fitzgerald by Therese Anne Fowler

A novel told through diary entries of F. Scott Fitzgerald’s wife about the delicious and exciting life they went through together in America during the ‘20s, which led them from Manhattan to Long Island, across Europe, and then the addiction and heartbreak that came with their return to the U.S. An addicting love story about a life of excess. — Emily Sundberg, Instagram editor 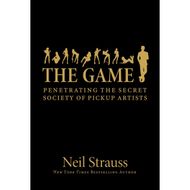 7. The Game by Neil Strauss

The Cut profiled reformed pickup-artist Neil Strauss a while back, but I wanted to learn more about the guy responsible for introducing negging to the generation of men trying to date me. Surprisingly, it’s not the insufferable men’s-rights activists that I find most entertaining, but Strauss’s celebrity-culture insight. He used what he learned from the online-dating community to navigate Hollywood as a journalist — even Britney Spears fell for his tricks. Who knew at one point Courtney Love called his wannabe Playboy mansion home? — Leah Rodriguez, producer 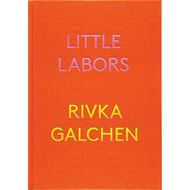 8. Little Labors by Rivka Galchen and Mislaid by Nell Zink

Rivka Galchen’s Little Labors is a collection of short pieces about babies and how your life explodes when you have one. Nell Zink’s Mislaid is a comic novel about a Virginia lesbian who marries a gay man and, when the relationship doesn’t work out, goes into hiding by pretending she and her daughter are black. I didn’t read them back-to-back on purpose, but it worked out well: Little Labors is a little self-serious, Mislaid is a little too antic, but as smart, unusual books about motherhood go, they complemented each other perfectly.  — Izzy Grinspan, senior editor 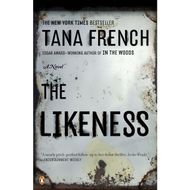 9. The Likeness by Tana French

A friend has been recommending Tana French to me for some time, and I finally checked her out in my desire for some fun summer reading. While “fun” isn’t the way I’d describe French’s masterful detective stories set in current-day Dublin, they are completely absorbing and I will almost certainly be chewing my way through all of them this summer in advance of the publication of her new book, The Trespasser, this fall. — Laura June, staff writer 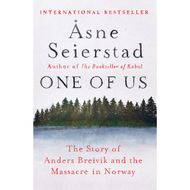 10. One of Us: The Story of Anders Breivik and the Massacre in Norway by Åsne Seierstad

One of Us is an unflinching account of the 2011 massacre in Norway, in which right-wing extremist Anders Behring Breivik murdered 77 people, mostly teenagers at a Labor Party retreat on the island of Utoya. This is one of the most devastating works of nonfiction you’ll ever read — the antithesis of a beach read (sorry!) — but also one of the most masterful. Seierstad is a prodigious reporter, combining gorgeous prose with a forensic orientation to detail as she catalogues Breivik’s traumatic upbringing and radicalization, the lives of the victims, the political and cultural climate in Norway, and the minute-by-minute unfolding of the massacre itself. Almost too much to bear at times, the book will leave an indelible mark on anyone with the strength to forge through it.  — Anna Silman, culture writer 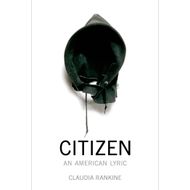 Two people who really know their shit recommended this book to me, and I’m glad that they did. Where to start? Citizen is prose that plucks at the fiber of race in America. “Perhaps this is how racism feels no matter the context — randomly the rules everyone else gets to play by no longer apply to you, and to call this out by calling out ‘I swear to God!’ is to be called insane, crass, crazy,” Rankine writes. “Bad sportsmanship.” Each page is a piece of art within itself, and the very short read — 160 pages — is worth a reread, a reread, and then another read. — Ashley Weatherford, associate beauty editor

your next move 1:00 p.m.
‘Can I Back Out of a Job Offer a Week Before My Start Date?’ It’s never too late — but you don’t know what connections you may be burning.
explosions 12:40 p.m.
Two Men Caught Fire in Hamptons Goop Store?? Conflicting reports have emerged about the source of the reported blaze.
runway 12:20 p.m.
Two Very Important Blondes (VIBs) Walked Balenciaga Couture Actually three, if you count Kim Kardashian.
paris haute couture 2022 Yesterday at 8:08 p.m.
Dior Shines With a Strong Womanly Show It points to the craving for more female voices.
By Cathy Horyn
power Yesterday at 2:43 p.m.
Everything to Know About the WNBA Star in Russian Custody Brittney Griner sent a personal plea to President Biden.
fourth of july Yesterday at 1:00 p.m.
Highland Park Shooting Suspect Is In Custody Charges have yet to be filed.
reading list Yesterday at 10:00 a.m.
Honey & Spice Is the Ultimate Summer Romance Read Author Bolu Babalola is a “Romcomoisseur.”
self Yesterday at 8:00 a.m.
How to Help Your Friend Through Divorce There’s not a perfect universal script we can use to respond. But here are a few places to start.
in sickness and in health July 4, 2022
Travis Barker Is Feeling ‘Much Better’ He said he was hospitalized with “life-threatening pancreatitis” after an endoscopy went wrong.
extremely online July 4, 2022
I Can’t Shut Up About the Barbie Movie Each behind-the-scenes look is a sparkly pink hit of nostalgia and dopamine.
By Mia Mercado
celebrity July 4, 2022
Halsey Reflects on the Abortion That Saved Their Life “My abortion saved my life and gave way for my son to have his.”
swimwear July 4, 2022
21 Swimsuits Worth the Awkward Tan Lines From Everlane, ASOS, Ganni, Miaou, and more.
wait what is happening on tiktok? July 4, 2022
Why Does TikTok Want Me to Use My Vagina for Perfume? It’s called “vabbing,” obviously.
how i get it done July 4, 2022
How Juliette Binoche Gets It Done The actress tells the Cut about almost drowning while filming, her favorite chocolat, and why she doesn’t watch movies before bed.
By Jenna Mahale
astrology July 3, 2022
Madame Clairevoyant: Horoscopes for the Week of July 4 Late Monday night, action planet Mars enters Taurus and invites us all to settle in for a long haul.
By Claire Comstock-Gay
sex diaries July 3, 2022
The Queer Divorcé Exploring Polyamory This week’s sex diary.
lawsuits July 3, 2022
Amber Heard Asks the Court to Set Aside the Defamation Verdict A new filing from her attorneys claims the verdict was not supported by evidence.
celebrity July 3, 2022
Ricky Martin Denies Allegations Resulting in a Protective Order A rep called the allegations “completely false and fabricated.”
congrats! July 3, 2022
Lindsay Lohan Is Now a Married Woman “I am the luckiest woman in the world.”
day in the life July 1, 2022
The Anti-Wedding Wedding Planner Everything it takes to throw a “love party.”
More Stories