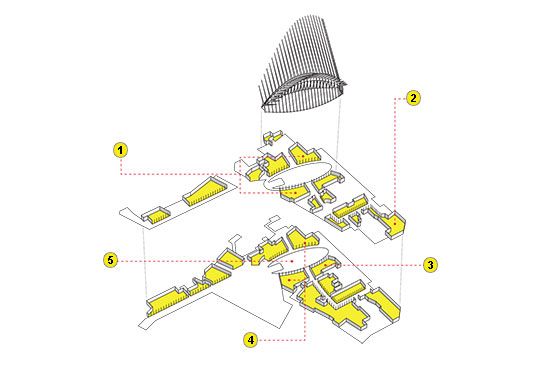 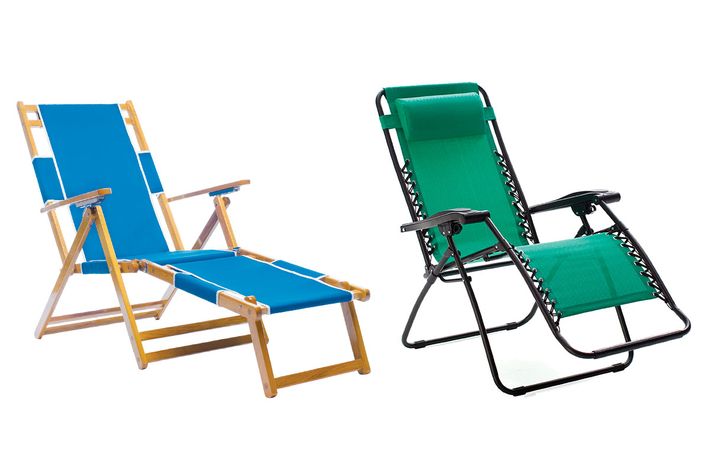 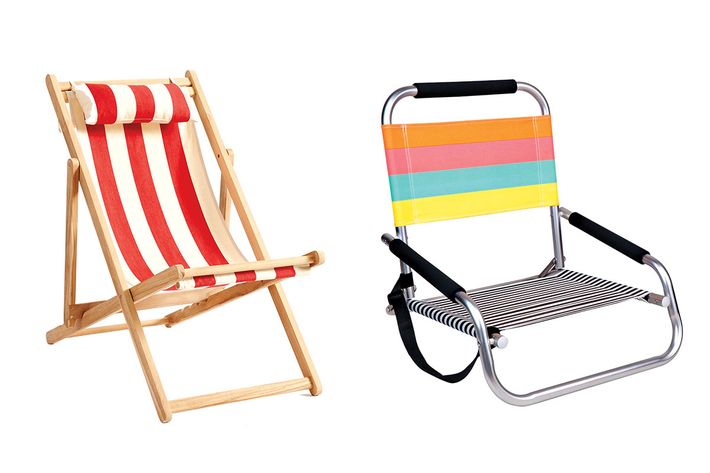 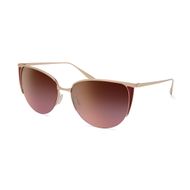 “I take a gallery approach to eyewear, so I found a really light space and built curved walls with floating shelves, where you could see the details of our flat-based mirrored lenses ($540) that we developed alongside Allied Metal Works. It took us four years to master the technology for those glasses, and even our simplest frames take seven weeks to make. I had designed an Oliver Peoples store around the corner when I was CEO there, but this one is more sophisticated. Patty Perreira, our designer, and I are inspired by the furniture designer Vladimir Kagan; we took one of his vintage floor lamps from the ’60s and hung it on the ceiling.”

Side by Side
Two new designer collectives, one for menswear, one for women’s. 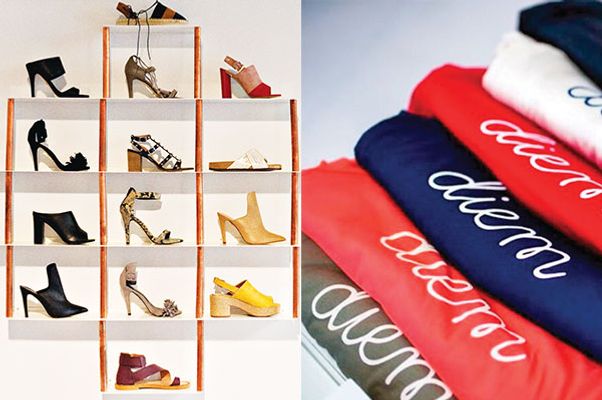 Concept : 33 womenswear designers from around the world; every decision is presented to the group for a vote.
Goods: Sergio Mannino silk scarves ($200); Hi June Parker gold studs ($860); David Isaac snakeskin shoes ($150).
Space: Concrete floors; racks made of copper pipes; each member works two shifts per week, as in a co-op. 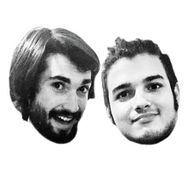 D.K.: I studied film production in college and noticed the increased focus on comic-book adaptations. There was a need for us in the neighborhood. We carry all the Marvel series, plus graphic novels like Watchmen ($20) and Brooklyn-drawn comics like Copra ($15).

C.S.: I studied neuroscience. Maybe that helps me understand our customers. 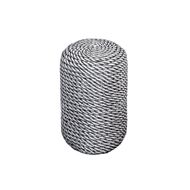 “Uhuru designed this stool ($350) to look like a nautical rope buoy, but it’s made out of metal. We have them in the dressing rooms here, but they’re actually for sale.” 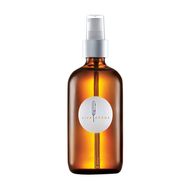 “The Thunderbird blend of this Jiva-Apoha body oil ($70) has juniper and white sage and is meant to be ‘vibrational’ and ‘transforming.’ Whatever that means, I want it on my skin.” 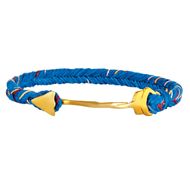 “I wear three of these wax braid bracelets (from $110) during the summer, and I never take them off. You can swim in them.” 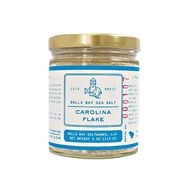 “As far as I’ve seen, this is the only pure sea salt ($15) made from the Atlantic Ocean. It’s collected off South Carolina and has this perfect sort of brininess.” 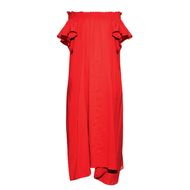 “I designed this hydra maxi-dress ($450) so that you can wear it off the shoulder or pulled up. It’s made with our signature airy cotton that’s grown in the north of India.”

*This article appears in the July 25, 2016 issue of New York Magazine.

rust 1:40 p.m.
Everything We Know About the Rust Shooting An FBI report concludes that the trigger must have been pulled.
shopping Aug. 12, 2022
The $6 Brow Product That Changed My Eyebrows It took me almost a decade to find the perfect brow product.
obits Aug. 12, 2022
Anne Heche Has Died at 53 The actor suffered severe injuries after a car crash in L.A. earlier this month.
fashion Aug. 12, 2022
Julia Fox Is Back! And she is giving us the latex looks we’ve been so thirsty for.
feminism Aug. 12, 2022
Who Actually Lost the Sex Wars? And were there any winners? A conversation with Christine Emba, Nona Willis-Aronowitz, and Lorna Bracewell.
friday sales Aug. 12, 2022
19 Things on Sale You’ll Actually Want to Buy: From Ninja to Isabel Marant Including the most effective foot peel and some Chuck 70’s for just $35.
i'd buy that Aug. 12, 2022
Drop Everything, Joan Didion’s Estate Sale Is Coming How much would you pay for a mohair throw that once graced her couch?
do i need this? Aug. 12, 2022
Do I Need Lori Harvey’s Gym Outfit? I couldn’t get with Pilates, but this I can do.
breakups Aug. 12, 2022
Michelle Branch Announces Her Separation From Black Keys’ Patrick Carney Branch was arrested for misdemeanor domestic assault shortly after the announcement.
selling sunset Aug. 12, 2022
Looks Like Jason Oppenheim Has Also Moved On Surprise: His new girlfriend isn’t an O Group agent.
celebrity Aug. 12, 2022
Kim Kardashian Bravely Takes Shot On-Camera Behold, the face of someone who’s made a huge mistake.
extremely online Aug. 12, 2022
I Can’t Shut Up About This Photo of Austin Butler’s Girlfriends Vanessa Hudgens and Kaia Gerber met each other long before they both dated Butler.
5 questions with... Aug. 12, 2022
Chanté Adams Is Redefining A League of Their Own The star hits a home run in Prime Video’s new series.
parties! Aug. 12, 2022
Beyoncé, Remi Bader, and More of the Bestest Party Pics This Week Celebrating the release of Renaissance, the launch of the Remi x Revolve collab, and more.
seeing someone Aug. 12, 2022
Help! Both Women I’m Seeing Want to Be Instagram Official You don’t have to “launch” a relationship if you don’t want to.
By Randa Sakallah
style Aug. 11, 2022
Hey Fashion Friend: How Do I Wear Fashion Cargo Pants? We provide you with 15 non-ironic pairs to go with your tiny shirts.
anne heche Aug. 11, 2022
Anne Heche in a Coma, Under DUI Investigation, Following Car Crash According to a representative, she has remained in a coma since shortly after the accident.
ugh why Aug. 11, 2022
Britney’s Lawyer Has Some Words for Kevin Federline “Britney Spears is a brilliantly talented, extremely hardworking icon … The same, unfortunately, cannot be said about Mr. Federline.”
sigh Aug. 11, 2022
Male Actor Doesn’t See the Point of Intimacy Coordinators Emma Thompson and Kumail Nanjiani disagree.
5 questions with... Aug. 11, 2022
Gugu Mbatha-Raw Takes on the Neo-Noir In Surface, she plays an amnesiac trying to uncover her truth.
More Stories