When it comes to expensive designer handbags, it’s a given that favorites like Hermès and Chanel have extensive wait lists for their most popular styles. But as far as other brands go, there have only been a few other bags that have caused frenzied hunting in the past few years. Back in 2012 getting your hands on a Céline luggage tote meant calling store after store, in hopes that a sales associate would take pity on you. Then in 2014, everyone went crazy trying to find a Mansur Gavriel bucket bag. And this fall, expect the Balenciaga Bazar bag to join those ranks.

Designed by Demna Gvasalia, the striped totes were featured prominently in his well-received debut collection for Balenciaga. Considering that his prior work at Vetements has resulted in sold-out DHL T-shirts, Titanic sweatshirts, and more, these aren’t going to last long. Currently only the blue, white, and black version is up on the site while the other colors are available in stores, albeit in very limited quantities. The roomy bags come in a few sizes — you can go as massive as the version on the runway or downsize all the way to a striped clutch. Either way, expect to see some version of these on the arms of nearly every Fashion Week attendee come September. 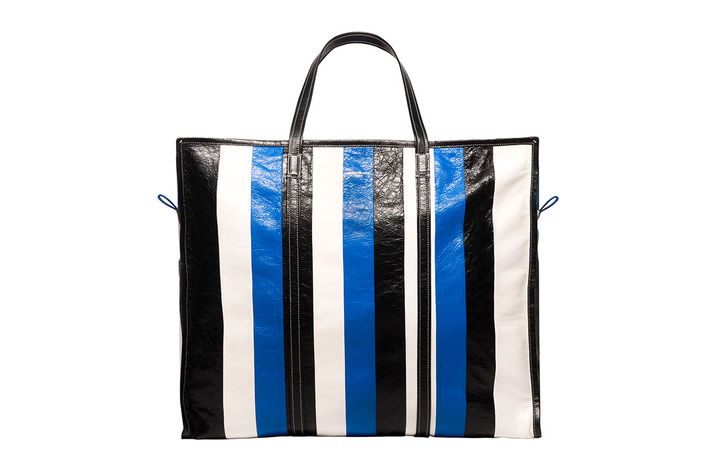 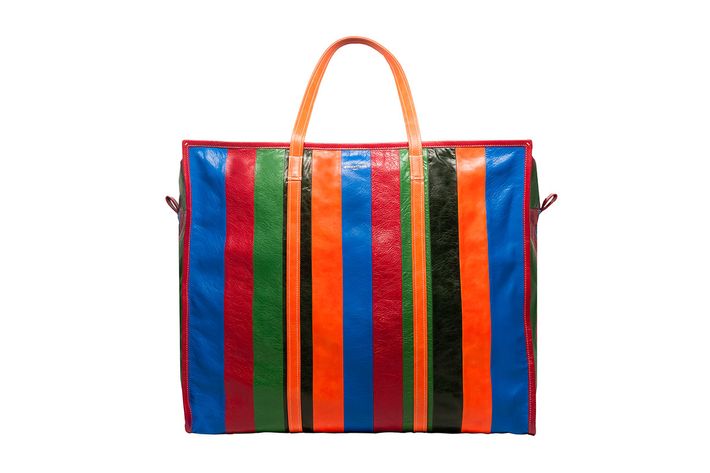 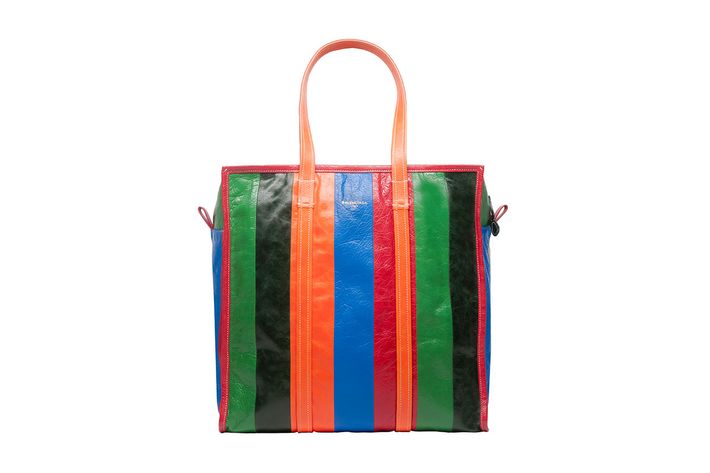 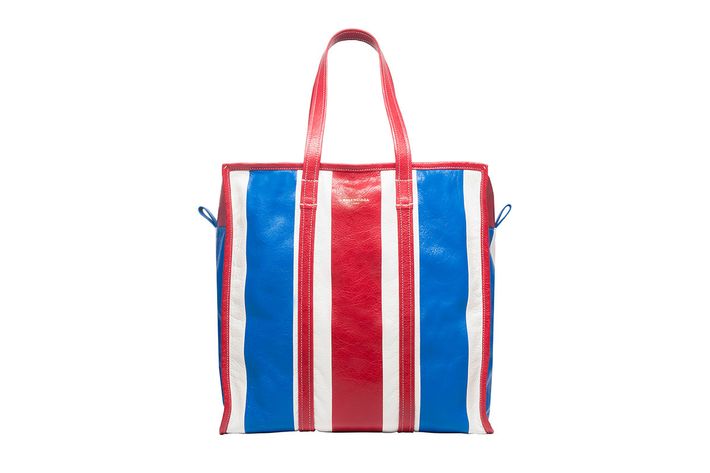 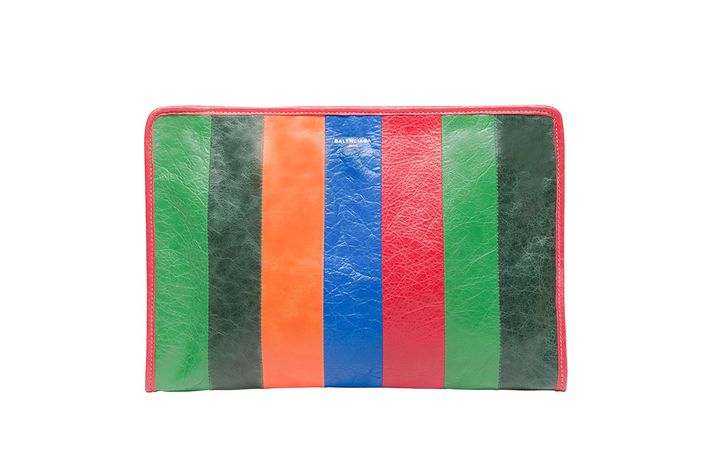 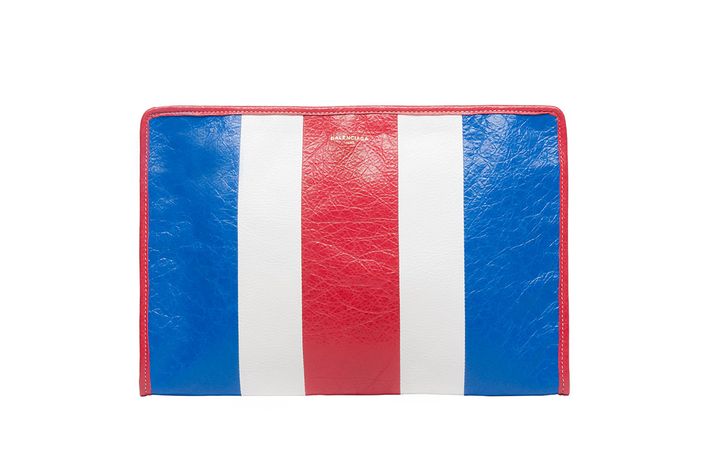