It’s already looking like a long, grueling slog to November: We deserve a break from this election. I do, you do, you definitely do, Debbie Wasserman Schultz, Hillary Clinton does, Ivanka probably, too, and — so let’s all of us just take an afternoon off and relish in the wondrous, unadulterated ‘90s masterpieces that are Green Party candidate Jill Stein’s folk-rock albums.

Back in simpler times, Stein was not running for president on a third-party ticket but instead creating chill tunes and chiller vibes as the lead singer in Somebody’s Sister, a duo comprised of Stein and collaborator Ken Selcer. In 1996, they released a self-titled album, followed by 1999’s Circuits to the Sun. (Tiffany Trump’s auto-tuned disaster of a pop song can take a backseat.)

The songs — with titles like “Dancin’ Wild,” “We All Rise,” “Powerful Love,” and “Thing Junky” — all sound exactly like you’d expect. (That’s not to say they’re bad.) And then there’s “American Dream,” track nine on Circuits to the Sun. “American Dream” is perfect. It is my song of the summer, it will be my wedding song one day, it will be my walk-up song if I ever become a professional baseball player. It is five minutes and 12 seconds of pure Steinian ethos with a groovy melody and a catchy chorus:

Hey American dream / Goin’ up in smoke / Thomas Jefferson / Your promises are broke
Times are changing / It ain’t no joke / Hey revolution / Take back your vote
Mmmm take-a back-a your vote, yeah

Damn. My favorite part is two minutes and 43 seconds in, when Stein takes over for 10 full seconds to sing the line “Gotta take your vote back from the corporation.” If she doesn’t make this her campaign song, she is out of her mind.

But don’t just take my word for it. Dust off your old Lisa Loeb glasses, slip into your Birks, hit play, and find yourself transported away. 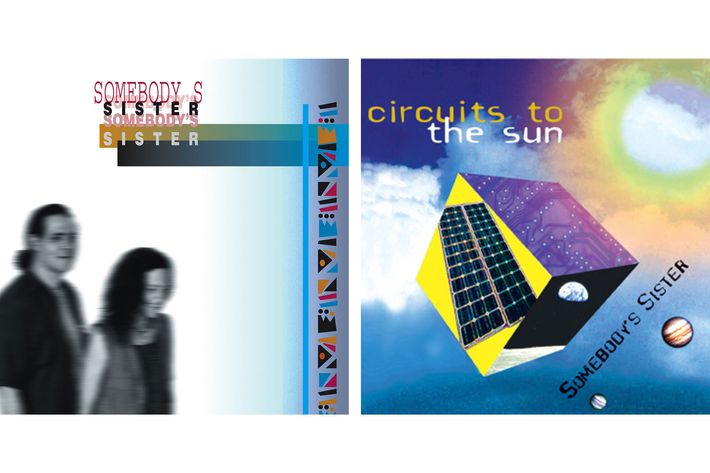 life after roe 3:38 p.m.
The Future of Abortion Pills Is on the Line One Trump-appointed judge holds the power to effectively ban medication abortion even though the U.S. approves its use up to ten weeks into pregnancy.
spring fashion 3:00 p.m.
Ella Emhoff’s Other Plus One Her always-present Secret Service detail.
style 2:41 p.m.
At Marc Jacobs, a Generous, Life-Enhancing Fashion History Lesson The designer’s latest show, “Heroes,” celebrated the the late Vivienne Westwood.
in memoriam 2:33 p.m.
Paco Rabanne Has Died The revolutionary fashion designer was 88.
spring fashion 2:00 p.m.
11 Spring Bags, From $7 to $7,900 This season’s most compelling bags, from Forever 21 to Hermès.
best in class 1:50 p.m.
16 of the Very Best Water Bottles Always be hydrating.
By Emma Wartzman
valentine's day 1:20 p.m.
The 21 Best Last-Minute Valentine’s Day Gifts Where and when to get them.
friday sales 1:06 p.m.
20 Things on Sale You’ll Actually Want to Buy: From Klorane to Patagonia Including a heart-shaped mini waffle maker, our favorite cream-blush stick, and a moisturizer packed with snail mucin.
valentine's day 12:14 p.m.
19 Nontraditional Valentine’s Day Gifts Give something unexpected this February 14.
spring fashion 12:00 p.m.
Mei Kawajiri’s Very Extreme Nails  Her completely over-the-top talons landed her features in magazines and gigs backstage for Marc Jacobs, Tom Ford, Miu Miu, and Moschino.
By Maya Allen
fashion 11:59 a.m.
Do Not Show Up Late to the Marc Jacobs Show Lourdes Leon was apparently denied entry for arriving after the doors closed.
keeping up with the royals 10:53 a.m.
Will Harry and Meghan Get to Go to the Coronation? Sources suspect they’ll be invited; whether or not they accept is another question.
q & a 10:00 a.m.
Rachel Bilson Has Some Notes for The Bachelor The Accused actress and podcast host also talked about reuniting with her O.C. co-star Mischa Barton.
a choice? 10:00 a.m.
What Is Going On With Austin Butler’s Voice? I fear he may be stuck talking like Elvis forever.
extremely online 9:40 a.m.
I Can’t Shut Up About About Nancy Pelosi’s Hot-Dog Diet The former House Speaker also endorses ice cream for breakfast.
spring fashion 8:00 a.m.
The Woman Who Became McQueen The quiet ascendance of Sarah Burton.
By Cathy Horyn
culture 8:00 a.m.
This Is Pamela, Finally The model-actress’s memoir and documentary reveal only what she wants us to know. It’s about time.
By Roxane Gay
the wedding files 7:00 a.m.
At Georgia O’Keeffe’s Ghost Ranch, an ‘Epic’ Wedding No speeches, just dancing.
By Kaitlin Menza
¡hola papi! 6:00 a.m.
‘I Feel Abandoned by My Friend’ Hopefully the two of you can have a productive conversation that leaves you both in a healthier place.
By J.P. Brammer
power Yesterday at 9:16 p.m.
Dave Portnoy Has Dropped His Lawsuit Against Insider The Barstool Sports founder filed suit last year in response to allegations he filmed women without consent during sex.
More Stories