The thirst for intimate details surrounding John Mayer is a coffer that is never truly filled. It seems like yesterday when the world learned the curious fact that his penis suffers from a lifelong battle with racism. Just a month ago, he triumphantly announced his surprising singledom on live TV, and last night, Mayer chose to divulge the most telling detail yet: his nightly skin-care routine.

Using Snapchat as his medium, artist of our time John Mayer explained that he cleanses first with Proactiv. He then employs a flock of Natura Bissé products to carry him through the night. Never heard of Natura Bissé? Don’t worry, your rich aunt has. 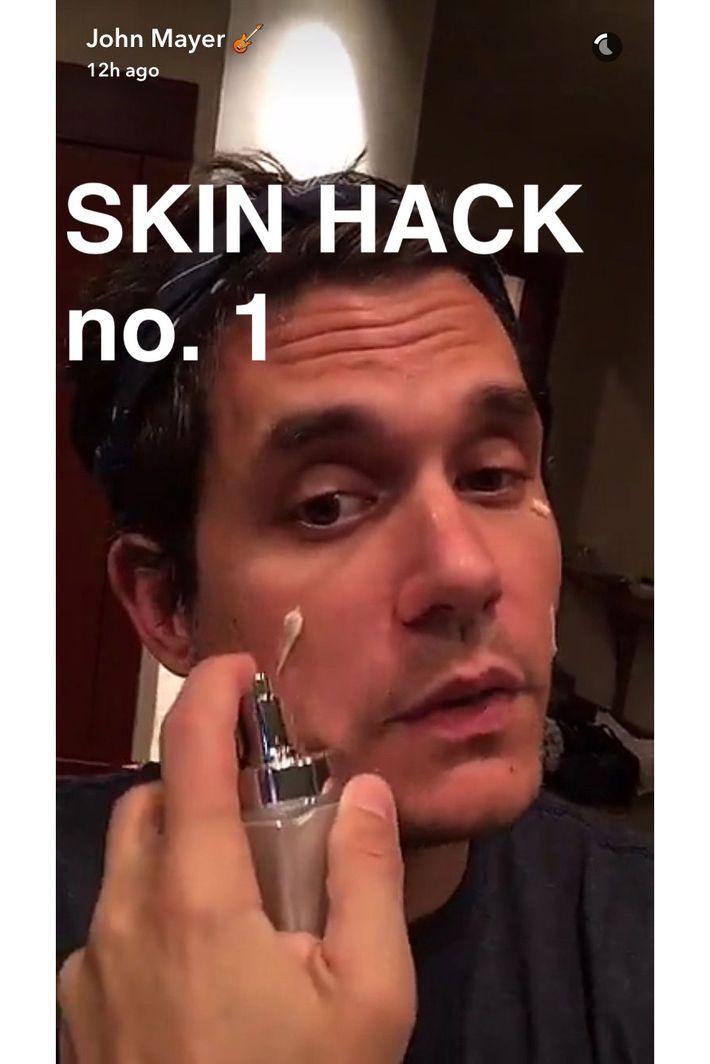 Mayer’s first tip is a kind one: He says to apply the $600 Diamond Life Infusion directly to your face to save money. Some of the cream could get lost in the crevices of your fingers, and wow, what a waste that would be. 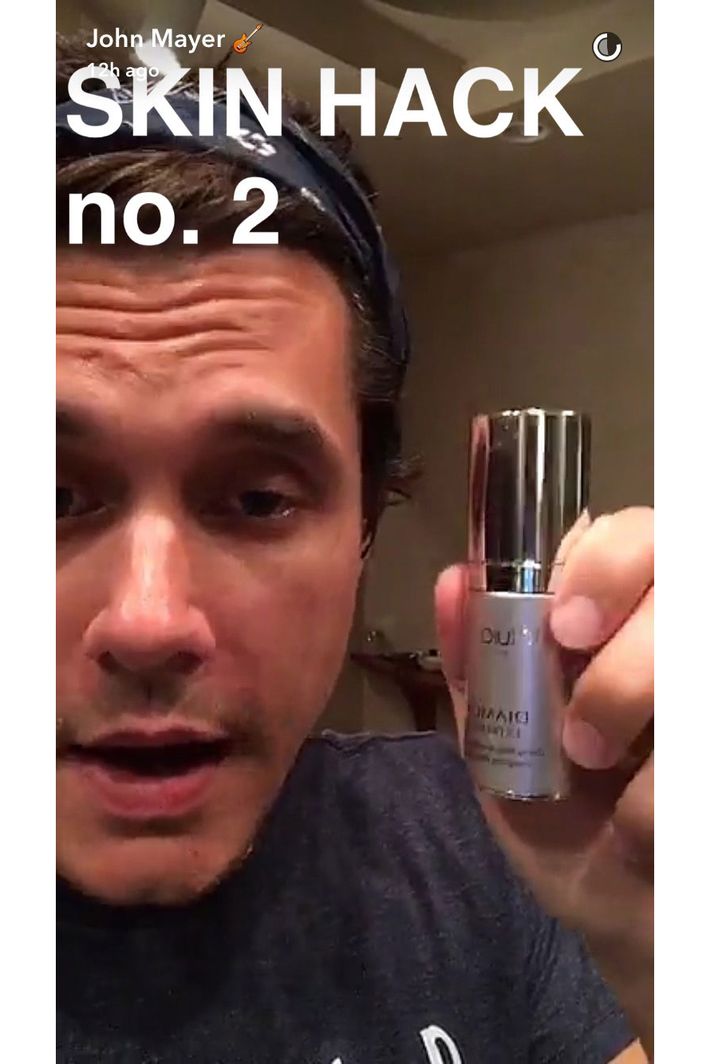 After that, he slathers the brand’s Diamond Extreme Eye cream all over his face, because he’s getting old, not to mention the cream’s mystical powers help perfect his many guitar faces. 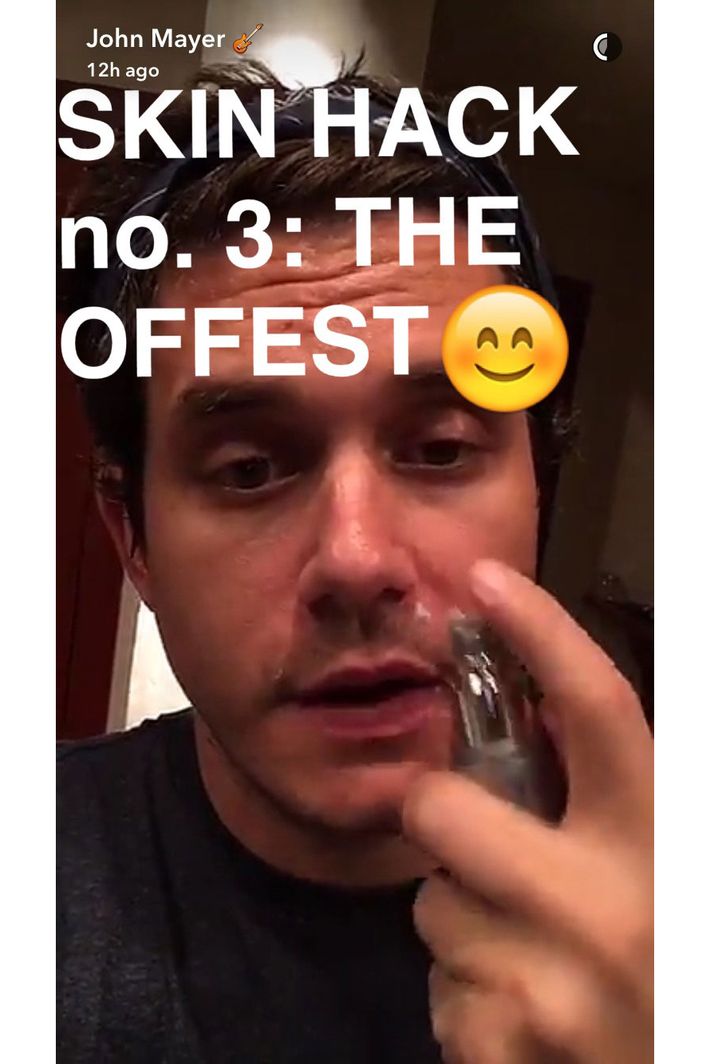 Step three is the “Offset Smile,” where Mayer pumps C+C Vitamin Complex along his frown lines for seemingly inexplicable reasons. 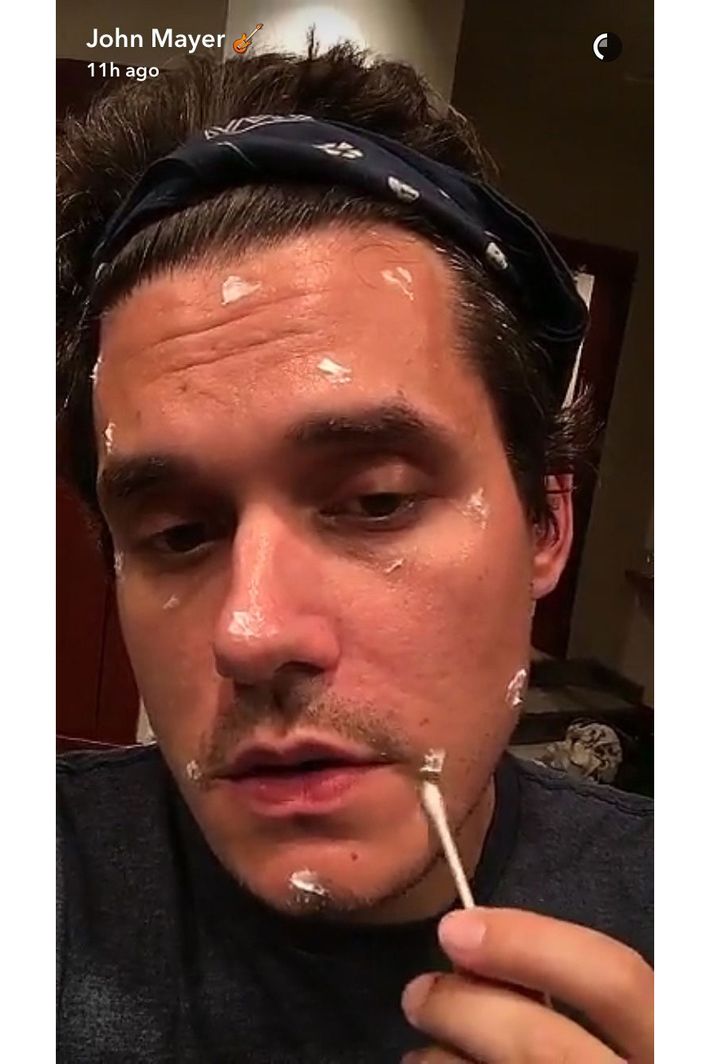 He follows that by dotting Natura Bissé’s Diamond Extreme cream in what Mayer calls his “CNZ,” or “Crucial Necessity Zones.” He rubs the cream into his skin with a Q-Tip and instantly looks like a teen trying to dry the life out of his zits before the big dance on Friday. 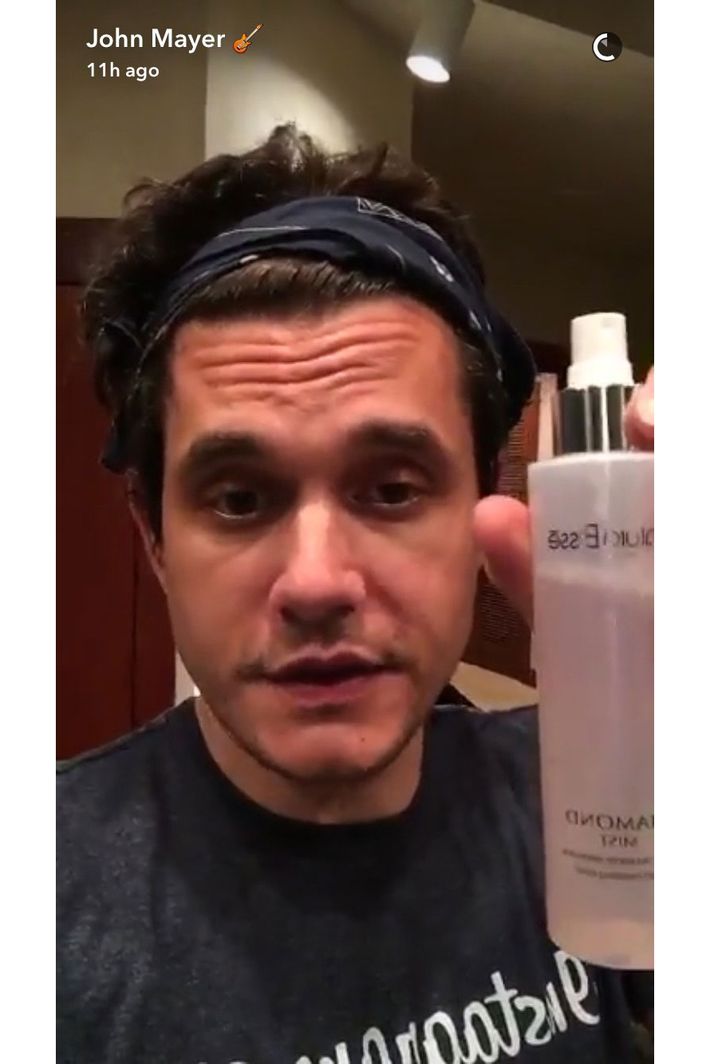 “Two hours later,” he mists his face to set all the moisture he’s layered over his skin, and he’s done. Look, John Mayer’s lesson is simple here: A pretty face may fade, but affiliate links last forever.

what we know 5 mins ago
New Details Emerge About the Texas School Shooting The gunman barricaded himself in a fourth-grade classroom for an hour or more.
uvalde 8 mins ago
What We Know About the Police Response to the Uvalde Shooting After a gunman opened fire on a Texas elementary school, questions have arisen about what officers on the scene did to stop him.
uvalde 28 mins ago
“It’s One of the Biggest Fears of My Life” After the Uvalde shooting, a Columbine survivor dreads sending her daughter to preschool this fall.

gun control 12:33 p.m.
The NRA Will Still Hold Its Conference in Texas This Weekend Ironically, attendees will not be allowed to bring guns to the event.
power 11:47 a.m.
States Are Scrambling to Restrict Abortion Access With the Supreme Court expected to rewrite abortion rights, conservative states are advancing increasingly extreme bans.
life after roe 11:12 a.m.
10 Women on Getting an Abortion in the End Days of Roe “It felt like an insult to have to read that my fetus is the size of corn.”
uvalde 10:00 a.m.
‘Who Are the Bad Guys?’ It’s the question my children asked. My answer: the moral cowards who slobber and grovel over money from the gun lobby.
By Kathryn Jezer-Morton
action item 9:30 a.m.
How to Help the Uvalde Community From supporting Robb Elementary School families to pressing for gun-control legislation.
sports! 8:00 a.m.
This Advice from Elite Runners Will Inspire Even Non-Runners Running advice for your entire life.
style 8:00 a.m.
Hey Fashion Friend: I Need Summer Sandals That Won’t Give Me Blisters Hopefully these 18 pairs won’t destroy your feet.
By Emilia Petrarca
books 8:00 a.m.
The Sad Young Literary Man Is Now a Middle-Aged Dad Keith Gessen wrote a memoir about family life. His wife, Emily Gould, is mostly okay with that.
By Elizabeth Weil
gone sale-ing Yesterday at 5:28 p.m.
Here’s My Designer-Sunglasses Shopping Secret I never pay full price.
lawsuits Yesterday at 5:18 p.m.
Kate Moss Says Johnny Depp Never Pushed Her Down a Staircase Testifying in Heard v. Depp, the model denied the rumor.
uvalde Yesterday at 4:47 p.m.
The Children Are No Longer Our Future So now what?
By Brittney Cooper
i tried it Yesterday at 4:00 p.m.
Okay, Fine, Journaling Kind of Works After years of carrying around an empty notebook, I finally forced myself to write down my weirdest, dumbest thoughts.
texas school shooting Yesterday at 2:10 p.m.
Beto O’Rourke Confronts Greg Abbott Over Shooting: ‘This Is on You!’ The Democratic candidate for governor interrupted a press conference about the elementary-school shooting before he was pulled away by security.
texas school shooting Yesterday at 1:18 p.m.
‘We Can’t Get Numb to This’ Basketball coach Steve Kerr expressed how many are feeling after the Texas elementary-school shooting: exhausted and angry.
your next move Yesterday at 1:00 p.m.
‘How Can I Convince My New Boss That I’m Ready to Be a Manager?’ The arrival of a new boss means having a clean slate at work, especially if they’re an external candidate. So position yourself as an asset to them.
survivors Yesterday at 1:00 p.m.
Stop Forcing Me to Endure the Horror of Depp v. Heard The defamation trial against Amber Heard by Johnny Depp has turned abuse into online entertainment. For survivors, it’s shattering.
do i need this? Yesterday at 12:28 p.m.
Do I Need the First-Ever Uniqlo x Marni Collaboration? How to get the drop tomorrow, May 26.
More Stories