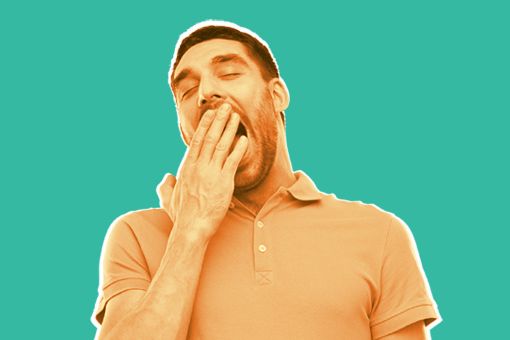 Few things are more glorious than waking from a good night’s sleep. From the fading sensations of your last dream to a satisfying full-standing stretch, studies affirm that great sleep begets enhanced well-being, less stress, a surge in creative output, greater immune function, better sex, and a host of other positive returns we’d pay a goodly portion of our take-home salary to achieve. But why do we sleep? Why does the brain tire so readily, and why do we need to be unconscious with such urgency at regular cycles over the course of the day?

One theory holds that sleep developed in mammals as an evolutionary mechanism to keep us still and hidden from nocturnal predators. Another, that it became advantageous to power down as a means of preserving energy. Given that our metabolism slows in sleep by around 15 percent — and more in other animals — this theory has some weight. Still, another theory suggests that sleep gave mammals the chance to restore, replenish, and repair what was expended during wakefulness. And, this idea is buttressed by recent scientific inquiry. A study conducted by Harvard Medical School showed major restorative functions like muscle growth, protein synthesis, tissue repair, and the release of growth hormone occur primarily at night.

And, that’s just the start. While there are dozens of reasons why sleep is integral to human existence and accompanying theories, some are more surprising than others. According to airweave Sleep Expert Dr. Rebecca Robbins, “the sleeping body and brain are highly active. Sleep not only regulates vital processes, but also offers tangible benefits to our waking lives, ranging from the ability to manage a healthy weight to reach creative solutions to complex problems.” 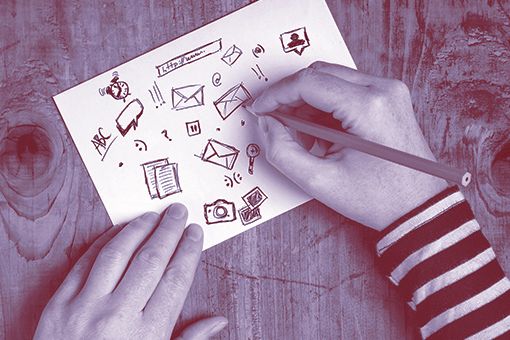 Improved memory and recall: As research advances, we’ve learned sleep plays a critical goal in the formation and maintenance of higher brains functions. Infants, for example, spend 12 to 14 hours sleeping, with fully half of that in REM (Rapid Eye Movement) or dream sleep. Depriving adults of sleep for prolonged periods of time provokes severe cognitive impairment, with symptoms resembling psychosis.

Not only is sleep vital for cognitive functionality, but quality rest makes for improved memory and recall. Consider the following scenario: It’s December, and you’re attending a holiday party. In a sea of coworkers and their families, you’re introduced to your new boss’s spouse and kids. You bump into her the next morning, and you say how nice it was to meet — quick, what are their names? Researchers say your ability to pluck them out of your memory on command has a lot to do with how much, and how well, you slept the night before. After the late night (and the cocktails you downed to stomach the awkward coworker dance party it entailed) your rest was not up to par.

During wakefulness, your adult brain is a discriminating sponge, absorbing new information and prioritizing data. To make sense of this titanic inflow, your brain needs downtime for filing and storage. While you sleep, your brain figures out where to put everything, moving data locked in the hippocampus where short-term memories are stored, to the cortex, the part of the brain holding longer-term memories. Sleep optimizes these functions – it’s critical to the steps associated with learning and memory: the acquisition phase, the consolidation phase (sorting what’s important and what’s not), and the recall phase (being able to consciously draw on what was stored—the names of important people you’ve met at a holiday party, for example).

Improved creativity: It’s long been treated as an anecdotal standard asserted by scientists and artists alike that sleep enhances creativity and creative thought. An unusual study conducted in Europe in 2012 found support for the notion that conscious creative thinking could be enhanced by tricking the brain into thinking along a more freely associative dream-like state. And as sleep researcher Dr. Sara Mednick related in National Geographic, study participants who rested with REM sleep were better able to make creative connections between unrelated words and concepts.

At the top of your game: If you’re the athletic type, good news: Not only does sleep promote muscle recovery, but it also reinforces muscle memory. Moreover, a study published in Sleep Research Society’s Sleep showed an average faster sprint-time, increased shooting accuracy, plus overall improved physical wellbeing after Stanford University basketball players extended their nightly slumber for a period of 5-7 weeks. On the flip side, if you’re not getting enough sleep, studies show you risk delayed reaction times. To further stack your odds while you snooze, a Stanford/Akita University study found that there’s a possibility that athletes who opt for a high rebound (a.k.a. breathable) mattress may see improved athletic performance.

More sleep, more svelte: For years, researchers have postulated that losing sleep predisposes people to weight gain. A 2006 study published by the American Journal of Epidemiology found that adults who sleep less than five or six hours a night are at greater risk for being overweight. As research into the relationship between the body’s response to the benefits of sleep have advanced, scientists have finally started to zero in on the cause.

A study released by the National Academy of Sciences found that while sleep-deprived people tended to burn more calories a day, their bodies pushed them to overcompensate for the loss by overeating. Moreover, they tended to favor fatty and high-carbohydrate foods rather than healthier alternatives. Intriguingly, researchers also found that lack of sleep alters the biology of fat cells, making them less sensitive to fat-burning insulin, a change associated with diabetes and obesity. 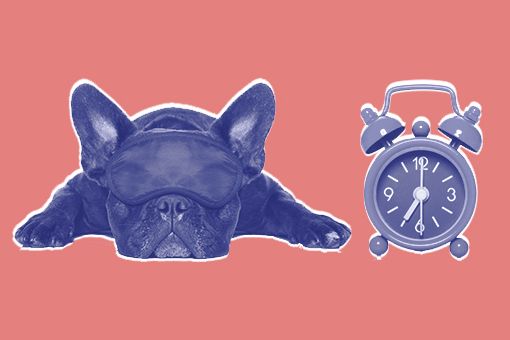 How to Get the Sleep of Your Dreams

With so many benefits, we’re guessing you’re compelled to get a few more z’s. But how to get that coveted quality sleep? It’s not as difficult as you might think. Here’s a few suggestions get better, sounder, more productive rest.

Keep a consistent sleep schedule: Our bodies are creatures of habit. If we sleep in on the weekends or if stay out late during the week, these changes actually trigger our bodies to believe we’re attempting to adapt to a new time zone – our circadian rhythm becomes misaligned with our environment. “Find a bedtime and rising time you’re able to meet almost every day of the week, set an alarm for the corresponding wakeup time, and do your best to keep this schedule consistent,” says Robbins.

Mind what you eat and drink around bedtime: The best nutrition advice when it comes to sleep is to consume the majority of your calories in the early half of the day, and reserve the dinner meal for something light and healthy that won’t keep you up. “Good options for dinner are a light meal, ideally three hours before bed, consisting of lean meats or proteins and vegetables,” suggests Robbins. If we’re talking booze, alcohol may make you drowsy at first, but it can affect sleep later in the night, and has been linked to reduced REM stage slumber.

Create a bedtime sleep sanctuary: Turn down for sleep by making your room dark, quiet, and cool. Your pillows, mattress, and sheets are quite literally the foundation for good rest: Choose a mattress that provides proper support to help you sleep through midnight tossing and turning without trapping body heat. Consider airweave mattresses and mattress toppers to stabilize your core temperature: 90 percent of the product’s core is air, which helps dissipate heat and moisture. Finally, make sure your bedroom is completely dark at night, cool (about 65 degrees), and quiet. “If you live in a city, earplugs can be useful. Small changes, particularly in the bedroom, go a very long way to sound and efficient slumber,” suggests Robbins.

Combat stress: “Stress is the number one cause of insomnia,” says Robbins. “Combat this sleep thief by finding ways to relax and unwind before bed.” To quell pesky racing thoughts once in bed, consider picturing a relaxing scene. Studies show that such exercises occupy enough “cognitive space” to keep the would-be snoozer from re-engaging in their worries, and further affecting sleep’s onset.

Power down electronics: Unsurprisingly, your nightly social media scouring isn’t helping you on the sleep front. Our cell phones, tablets, and computers offer the potential to email, binge watch your latest Netflix addiction, and surf the web into the wee hours of the morning. These activities are not ideal before bed — they’re alerting, but moreover, devices emit blue light that can suppress melatonin production. “Power down your cell phone by hitting airplane mode one hour before bed,” suggests Robbins.

This is paid content produced for an advertiser by New York Brand Studio. The editorial staff of Science of Us did not play a role in its creation.

The Fringe Benefits of Sleep

See All
celebrity 4:42 p.m.
A Man Crashed His Car Into Taylor Swift’s Apartment Building The 31-year-old was arrested after trying to break into the singer’s apartment, police say.
dry january 2:15 p.m.
Will Nonalcoholic Cocktails Actually Help Me Drink Less? My attempt to make dry January seem a little less dry.
By Bindu Bansinath
paris couture week 2022 2:03 p.m.
Ronald van der Kemp and Fendi Exemplify Couture in Paris Plus, Glenn Martens charms at Gaultier, while Valentino misses the mark.
By Cathy Horyn
ugh 2:00 p.m.
Actors Are Still Bending Over Backward to Defend Woody Allen Wallace Shawn wants you to know he’s looked into the sexual-assault allegations, and he doesn’t believe them.
horny police 1:15 p.m.
This New Emoji Is Flirting With Me Who is she?
By Mia Mercado
:') 1:05 p.m.
Mr. Olympics Will Not Be Attending the Olympics But he has a good reason.
friday sales 12:46 p.m.
18 Things on Sale You’ll Actually Want to Buy: From Fitbit to West Elm Including some sheepskin-lined slippers, a dupe for Le Creuset’s heart-shaped cocotte, and a delightful pair of space-themed cuff links.
culture 12:00 p.m.
Reading Is a Competition Now Welcome to my toxic relationship with Goodreads.
and just like that 11:56 a.m.
When Did Carrie Bradshaw Get So Rich? Wealth is the real main character in And Just Like That …
celebrity 11:54 a.m.
John Mulaney Has Perfected the Dad Selfie And he and Olivia Munn are finally posting pictures of each other.
power 11:45 a.m.
Chris Brown Has Been Accused of Sexual Assault Again A new lawsuit alleges he drugged and raped a woman in 2020.
self 10:30 a.m.
The Fantasy of TikTok’s Healthy-Eating Videos What makes the app’s easy recipes so appealing?
parenthood 10:00 a.m.
Weed’s Last Taboo: Pregnancy Inside the quiet rise of cannabis use among expecting and breastfeeding parents.
By Jenni Avins
butt week 10:00 a.m.
These Ankle Weights Are Like Dumbbells for My Butt They’ve turned up the volume on my at-home exercises.
By Diane Chang
¡hola papi! 6:00 a.m.
‘I Can’t Handle Being Vulnerable’ It’s not that you lack softness. You’re just afraid to show it.
books Yesterday at 9:01 p.m.
Tennessee School Board Stands by Maus Ban The school board responded to backlash to the ban, standing by its decision.
celebrity Yesterday at 8:43 p.m.
Kim, Pete, and Khloé Walk Into an Escape Room … First it was Jeff Bezos, and now it’s Khloé Kardashian’s turn to third-wheel on a Kim Kardashian and Pete Davidson date night.
sure why not Yesterday at 6:39 p.m.
Self-Proclaimed Goth Nicolas Cage Has a Crow That Insults Him “He has taken to calling me names.”
sundance 2022 Yesterday at 3:27 p.m.
Fresh Is a Meet-Cute Horror The gory thriller will make you think twice about giving a guy at the supermarket your number.
culture Yesterday at 2:14 p.m.
Minnie Mouse Is Getting Girlboss-ified Tee-hee, a pantsuit!
More Stories