The filmmaker John Waters once described the artist Brigid Berlin as a “lady who really lunched but also loved being nude.” He called her a “hostile debutante” — her mother was a New York socialite; her father was president of Hearst for 30 years. She was Andy Warhol’s best friend, a fixture at his Factory, and an obsessive recorder of her surroundings.

Experimenting with a Polaroid 360 camera, Berlin often captured wayward kids and her closest friends in evocative multiple-exposure prints. Her selfies could be considered her most revelatory works. “I invented selfies,” she once proclaimed. “I’d put in a roll of film. And then I would suck in my cheeks to look like a model. And then snap, snap, snap.” 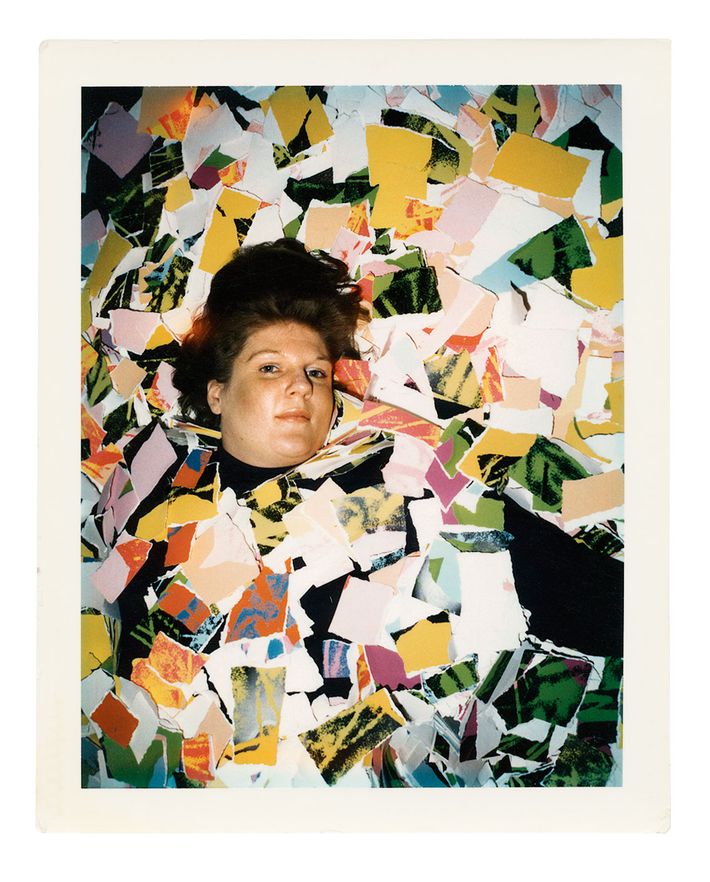 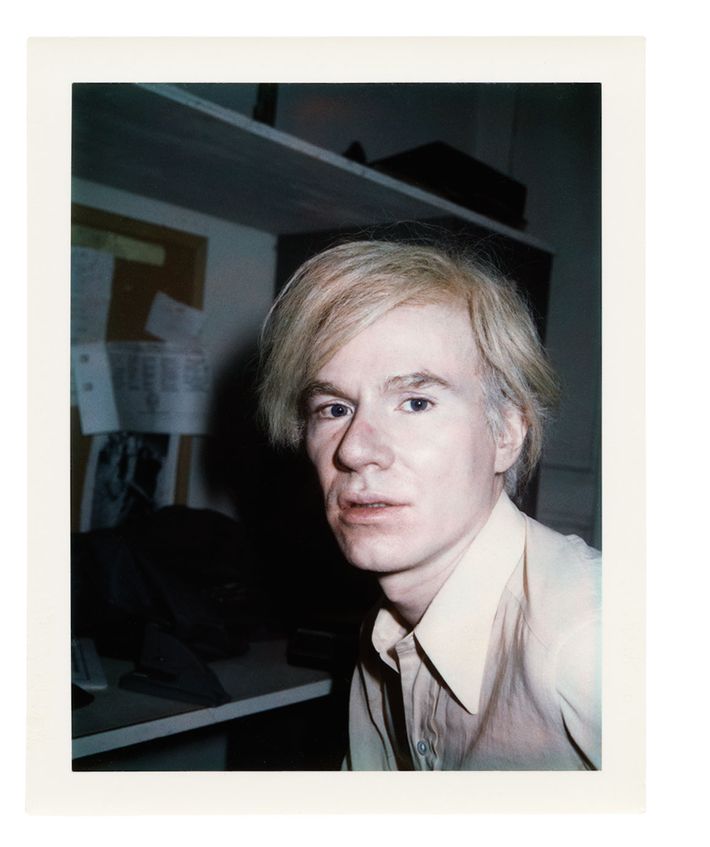 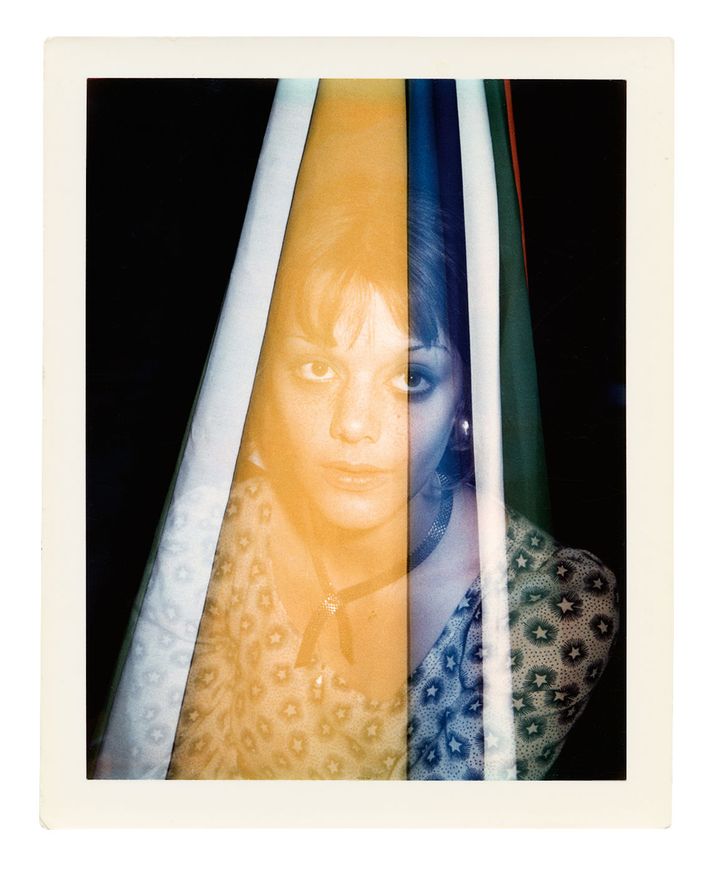 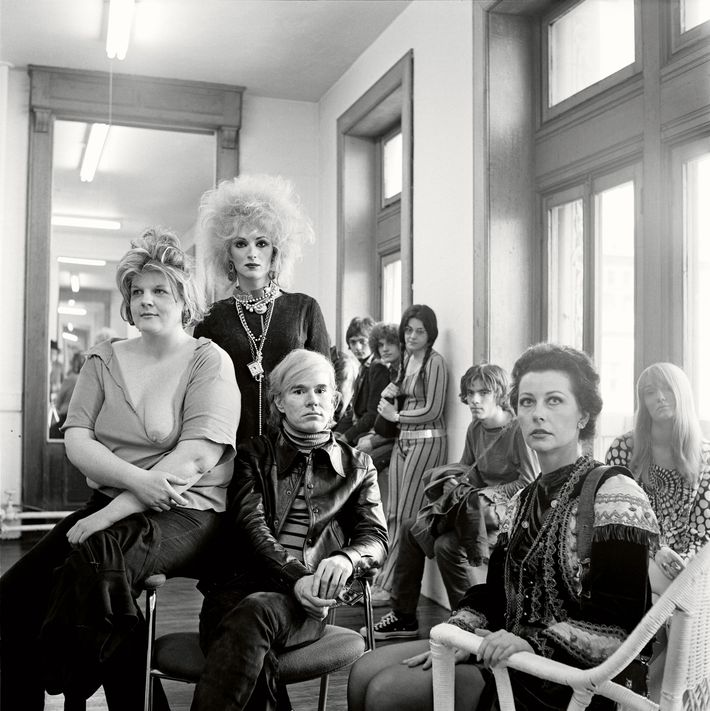 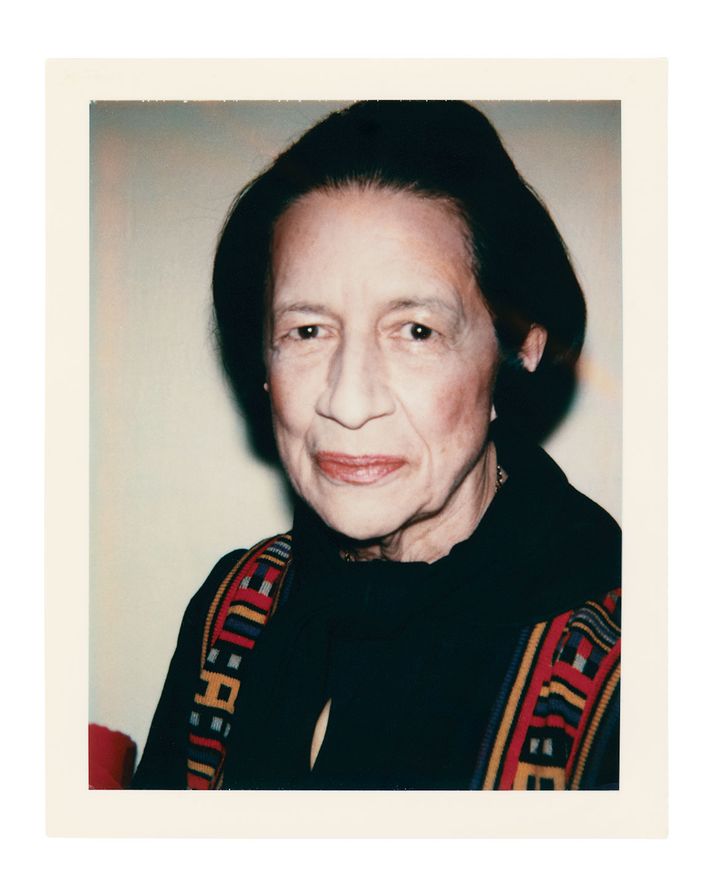 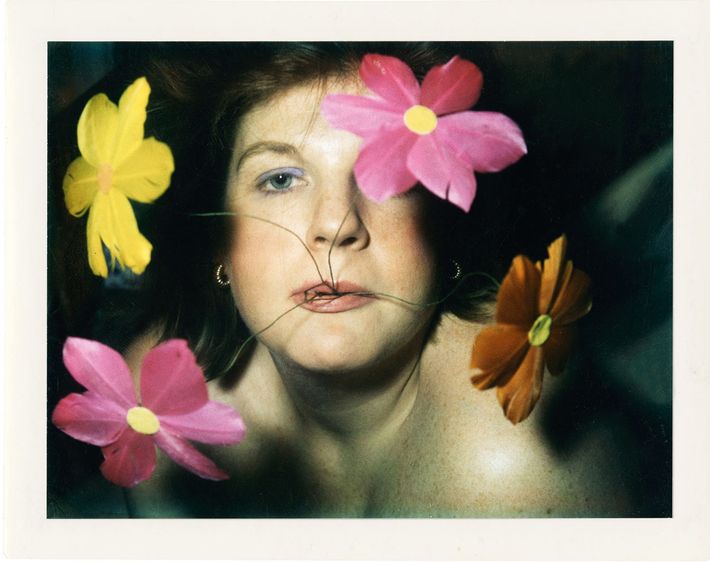 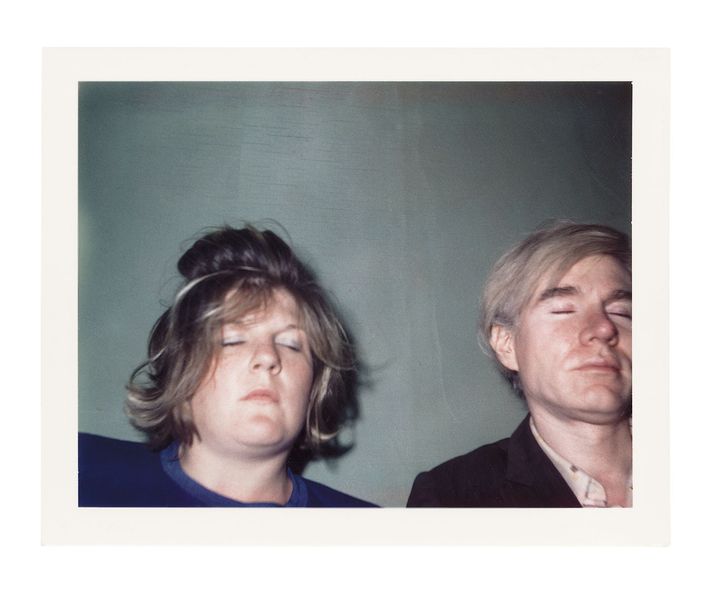 Brigid and Andy, by Andy Warhol. 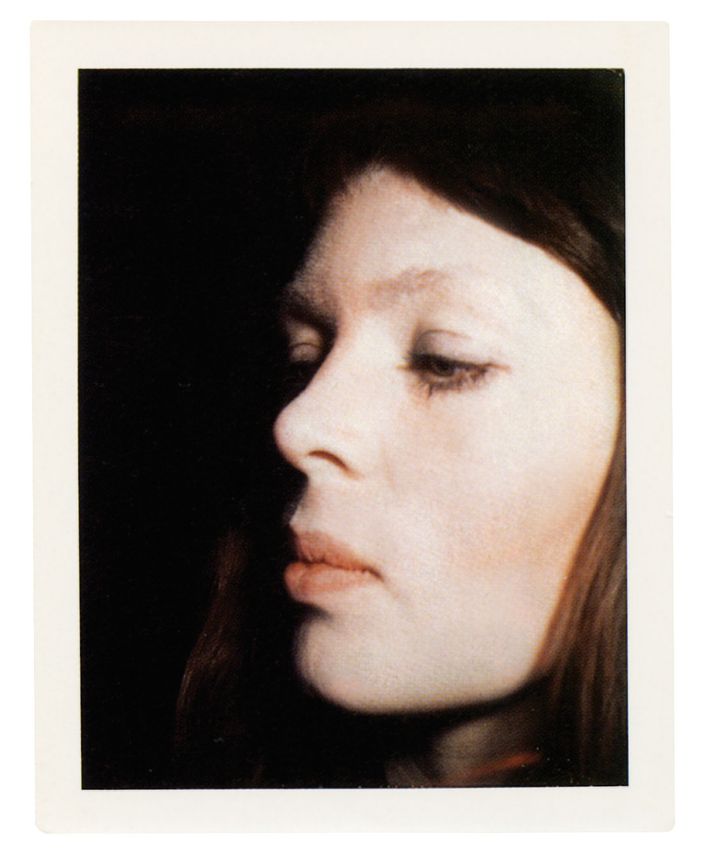 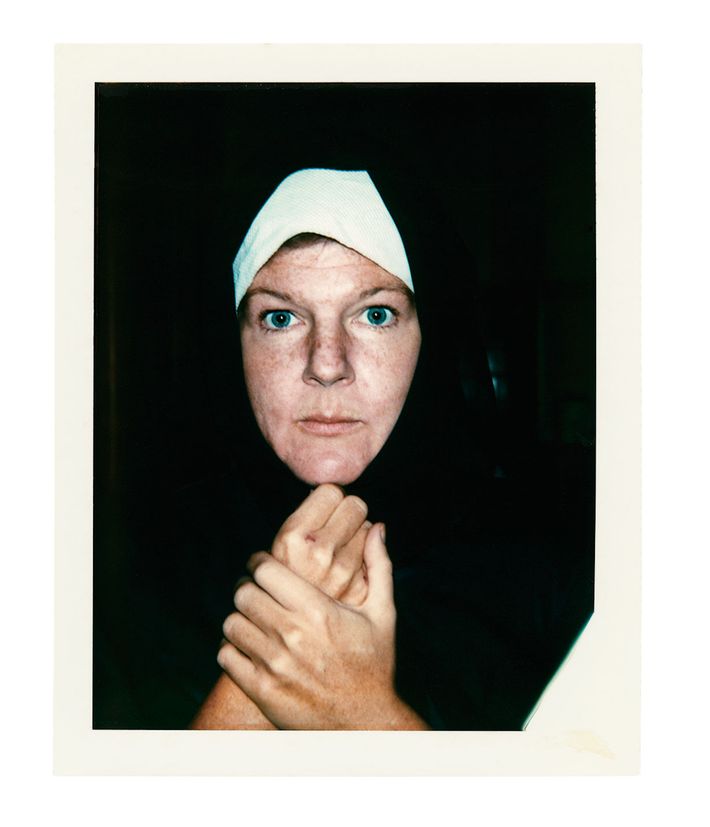 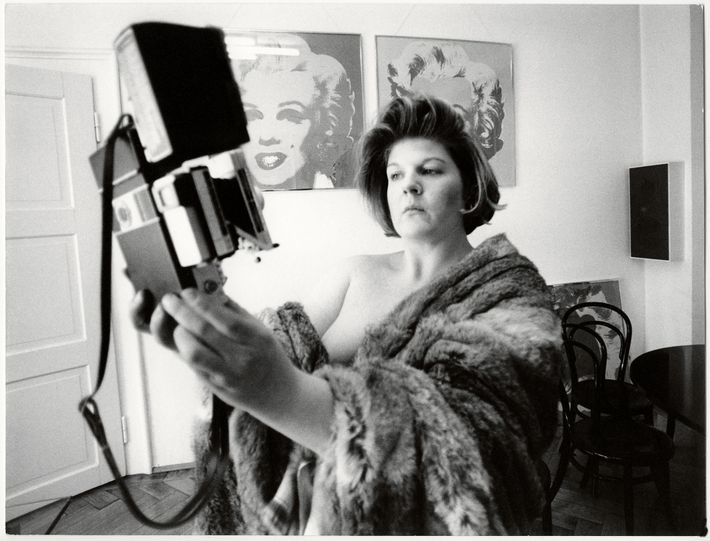 keeping up with the kardashians 10:30 a.m.
Khloé Says She Turned Down Tristan’s Marriage Proposal “I said I’m not comfortable accepting this right now, because I’m not excited to tell my family.”
5 questions with... 9:15 a.m.
Billie Eilish on Her Style Changes and Smelling Like a Christmas-Tree Lot We have the exclusive on her second fragrance, Eilish No. 2, which is woodsy and spicy.
look book 8:00 a.m.
The Look Book Goes to We Met IRL  We talked to singles at the speed-dating series for people of color, whose tickets tend to sell out minutes after they go live.
money talks 8:00 a.m.
3 Women on How Much It Cost to Get Married in 2022 “My sense of money got so warped that it stopped being real to me.”
By Charlotte Cowles
grief 8:00 a.m.
‘Nature Has Its Own Way of Ending Life. I’m Changing the Manner and the Time.’ Days before her grandfather-in-law was set to fly to Switzerland for a voluntary assisted death, Rachel Handler called him to say good-bye and more.
By Rachel Handler
obits Yesterday at 9:14 p.m.
‘Gangsta’s Paradise’ Rapper Coolio Dead at 59 A legend of ’90s hip-hop.
review Yesterday at 6:28 p.m.
Excess Everywhere at Paris Fashion Week Dior showed nudity with a youthful eye. Saint Laurent hit repeat.
By Cathy Horyn
culture Yesterday at 4:06 p.m.
Riverdale Chooses Chaos With ‘Don’t Worry, Darling’ Episode The show’s season seven premiere has a very interesting title.
celebrity Yesterday at 4:00 p.m.
Sounds Like Hailey Bieber and Selena Gomez Are at Peace On a new episode of Call Her Daddy, Bieber denied the rumors that she and Gomez are feuding after she “stole” Justin Bieber.
where did you get that? Yesterday at 3:34 p.m.
Reign Judge on Her On-set Essentials and Wes Anderson Films Plus the beauty products she always keeps on hand.
breast cancer Yesterday at 3:10 p.m.
Katie Couric Opens Up About Breast-Cancer Diagnosis In a new essay, Couric encourages her audience to get regular mammograms.
always shopping Yesterday at 3:10 p.m.
18 Rain Boots to Wear Even When It’s Not Raining From affordable Hunter dupes to edgy lug-style boots.
your next move Yesterday at 1:36 p.m.
‘Why Do I Outgrow Jobs So Quickly?’ It’s your responsibility to make each role your own once you settle into a new company.
sports Yesterday at 1:08 p.m.
What Exactly Is Going on With That Disgraced Celtics Coach? Ime Udoka’s suspension over inappropriate relations with a fellow staffer leaves his team and the public with questions.
how i get it done Yesterday at 12:52 p.m.
How Makeup Artist Katie Jane Hughes Gets It Done During Fashion Week “I feel weirdly unfulfilled if I wake up at nine o’clock; I feel like I’ve wasted half of my day.”
By Asia Milia Ware
sober questioning Yesterday at 12:00 p.m.
Following the Rules Won’t Keep Me Sober Making recovery a contract with myself kept me from the shame spirals that lead to relapse.
By Ana Marie Cox
culture Yesterday at 11:00 a.m.
The Deadly Glamour of Blonde How much of the depicted violence Marilyn Monroe endured was necessary to tell her story in this film?
celebrity Yesterday at 10:48 a.m.
Hayden Panettiere Calls Losing Custody of Her Daughter ‘Heartbreaking’ In a new interview, she opened up about her split from Wladimir Klitschko and her struggles with addiction.
shakira Yesterday at 10:43 a.m.
Shakira Could Face Jail Time Over Alleged Tax Fraud A Barcelona judge has approved Shakira’s tax evasion case to go to trial.
student loans Yesterday at 10:28 a.m.
How to Get Your Student Debt Canceled Applications for student-debt cancellation should be available in early October. The sooner you file, the better.
More Stories