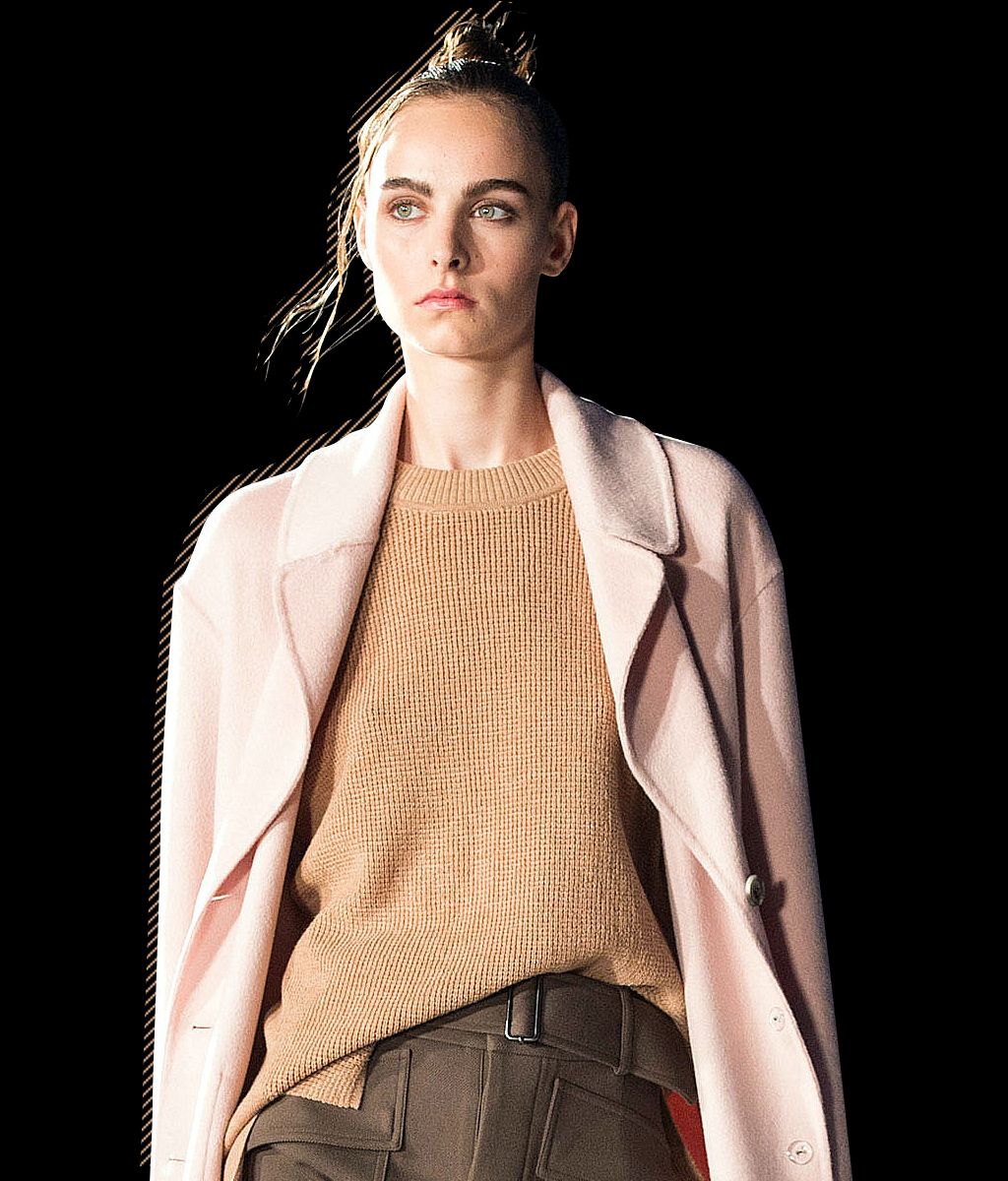 When the literary critic Walter Benjamin observed in the 1920s that fashion tempts us into “the landscape of the body,” he did not know about smartphones and how they would completely transform our sense of anticipation and novelty. For example, after the Thakoon show last night on the Brooklyn waterfront, I took a car service back to midtown. The entire trip, including the show, took nearly two hours. In that time, I could have ordered most of the outfits I had just seen.

Thakoon Panichgul and his business partner, Vivien Chou — a daughter of the brilliant Silas Chou, backer of Michael Kors — have done an outstanding job with the see-it-buy-it concept. Their website is fast and informative. My favorite look from the show — No. 17 — consisted of a pale-pink, double-faced melton coat; a beige waffle-knit sweater; and cropped, wide-legged pants in a mushroom-colored twill. Total hit: $1,600. According to Vivien Chou, the average price of a Thakoon garment is $450 — which makes the label appealing to people weary of getting soaked by luxury brands.

Not only have Panichgul and Chou largely conquered the issues of speed, mobility, and accessible pricing, but they have also produced fashion that strikes a great balance between novelty and classics. Panichgul has always been an engine of ideas, especially in knits and outerwear, but he also had a tendency to complicate things. His new partnership, and the prospect of a global audience, has forced him to be more precise and relevant. Among the other looks I loved were a gray merino cape sweater (think of a tea cozy with arm slits), a big side-slit cardigan with cable-stitched sleeves, and a saffron crêpe de chine midi-dress with a ruffled edge. 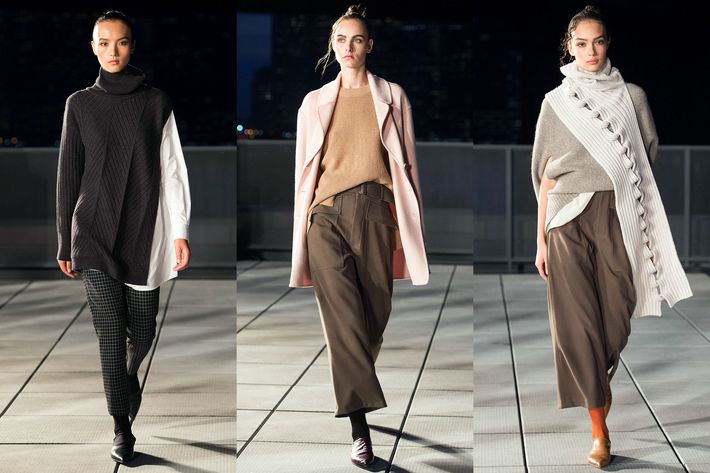 After the show, I asked Panichgul what he has learned in the year since he and Chou teamed up.

“That ideas are 5 percent of the process and execution is 95 percent,” he said. “I’ve heard that from Silas, and I truly believe it.” He added, “There’s a complacency in the fashion industry, and I want to feel challenged.”

No one knows better than Silas Chou — who got his start in the era when department stores were king by financing a besotted prepster named Tommy Hilfiger — that our culture is evolving to the point where almost everything, from dog food to diamonds, is delivered direct to the consumer.

Perhaps that’s partly why the first few days of NYFW have made me seriously doubt the future of runway shows. As much as I liked the Thakoon show, with its backdrop of the Manhattan skyline, the medium seemed dated. I felt the same during Tom Ford’s show — the clothes and the glamour of the gathering were wonderful, but the method of showing yielded no new information. If anything, it brought the mood down. This is especially a problem for newish labels, like Adam Selman and Creatures of Comfort, both of which on Thursday had an eclectic freshness. But such sweet looks as Creatures’ pajamas and sundresses quickly lost value (to me) in the banality of the runway format. And the see-now-buy-now trend is creating a crosscurrent: Spring clothes, however genius, suddenly look out of place on the September catwalks.

Another acknowledgment that simply sending your clothes down a catwalk is no longer good enough is the recent trend for spectacle — Givenchy’s Freedom Tower show last September, Alexander Wang at the Navy Yard, Opening Ceremony at the Metropolitan Opera House, Chanel in Cuba, Louis Vuitton in Palm Springs, Kanye West at Madison Square Garden and Roosevelt Island. Of course, spectacle alone won’t suffice: The clothes still have to be good. But some of the great fashion shows of all time — Martin Margiela in a Metro station in Paris in 1992, Dries van Noten atop a banquet table rimmed with guests in 2004 — pulled off the combination of innovative fashion and staging.

Let’s face it: The New York shows, and fashion in general, need to be put under the pressure of more ambitious design as well as a more imaginative way of showing. It’s easy to forget in the clamor of the new and the populist that the exceptional can cut through everything. My bet is on Raf Simons and Calvin Klein next February.