As a light-eyed, blonde Australian, I’m meticulous about sun safety. “You have approximately seven minutes unprotected before your skin starts to burn,” a dermatologist in Sydney once told me after examining my fair skin.

“That’s not enough time to get lunch,” I replied.

I wear a hat and sunglasses in the shade. I apply sunscreen when it rains. At the beach, I sit in a fully enclosed UV tent. And I’m not alone. Australia is the driest continent on the planet, and sun safety is on the preschool curriculum and continued throughout school. “No hat, no play” was the mantra at elementary. Thanks to mandatory sunscreen stations at kindergarten, I mastered its application by age 5.

In the ‘80s, there was even a Mickey Mouse–like cartoon to teach Aussie kids about sun safety — Sid the Seagull, the star of a successful health campaign called “Slip Slop Slap.” The jingle that accompanied the ad was catchy and cut to the chase: “The sun’s shining down so desperate to brown, but skin cancer isn’t so hot, no, it’s not …”

Australia actually has the highest rate of skin cancer in the world. Skin cancer is also “the single most common cancer diagnosed in the U.S.,” says Elizabeth Hale, M.D., dermatologist and clinical associate professor of dermatology at the New York University Langone Medical Center. Over 5 million cases have been diagnosed this year at a cost of over $8 billion, says Arnold Baskies, M.D., spokesperson for the American Cancer Society.

And melanoma (the deadliest form of skin cancer) is on the rise. Back in 1960, the incidence was one in 600. Fast-forward to 2016 and it’s now one in 53. But it’s the most preventative of cancers, so what gives?

We’re not doing it correctly. “There’s strong evidence that sunscreen use prevents the development of photo aging and skin cancer, but the data shows we’re not practicing sun safe behavior enough,” says Baskies. In fact, a recent study from the Journal of the American Academy of Dermatology found that most of us aren’t using sunscreen at all. “Sadly, we still have a lot of work to do there,” says Deborah Sarnoff, M.D. and senior vice-president of the Skin Cancer Foundation.

Worse still, research revealed that even skin-cancer survivors are reluctant to slather the life-saving stuff. “I had a patient with a terrible sunburn after visiting Miami and she was a melanoma survivor,” says Sarnoff.

“Embracing sun protection is a way of life. It’s not fun, applying sunscreen is annoying. But there’s one for everyone and you can integrate it into your routine pretty quickly,” says Amy Wechsler, M.D., NYC dermatologist. And incidental sun exposure counts: A joint study by Olay, Harvard Medical School and 23andMe found that an average woman gets 840 minutes or 14 hours of incidental sun exposure every week. “Most of the damage we get in our lifetime is incidental — walking to the office for example,” says Hale.

As a kid in Australia, I was taught that broad-spectrum products (ones that shield against UVA and UVB rays) are paramount, and can prevent skin cancers developing later in life. The SPF (sun protection factor) number on your sunscreen bottle only refers to UVB, which represents about 5 percent of the ultraviolet spectrum and is responsible for most of the sunburn. “The other 95 percent is UVA, which promotes photoaging, pigmentation, and the development of skin cancers,” explains Baskies.

UVA rays are longer wavelength ultraviolet waves that can penetrate through clouds and windows and are responsible for affecting collagen and elastin, causing wrinkles and brown spots. But does foundation with SPF count? “It’s great in your makeup but it’s not enough,” says Hale. “Relying on SPF in makeup is a mistake. You’re better off applying a moisturizing cream or lotion with sunscreen first, and applying makeup as a secondary step.”

If like me, you’re confused by the numbers on the label (SPF is capped at 50 in Australia), here’s what you really need to know. SPF 30 blocks 97 percent of UV rays, SPF 50 blocks 98 percent, and “anything over that is marketing spin, it doesn’t give you much more skin radiation protection than SPF 50,” says Baskies.

But the protection you’re promised depends on how much sunscreen you apply, and most people don’t apply enough. “Under-application is a huge problem. You should apply two tablespoons to your body, and a nice size dollop for the face,” says Sarnoff. Slather it on 20 to 30 minutes prior to sun exposure and reapply every two hours, or after swimming or sweating.

Put simply, if your application is so thick you can see white marks, you’re doing it right. Don’t forget areas such as the tops of your hands, ears, nose, and backs of the legs — these are melanoma hot spots. And if something is labelled “waterproof,” don’t take it as gospel. “They’re not waterproof, they’re water-resistant,” explains Baskies. “If you choose a water-resistant formula it will theoretically start to degrade after 40 minutes.”

If you’re still not convinced, slap on sunscreen for vanity’s sake. “It’s the most important anti-aging ingredient,” says Hale. Sun exposure is the No. 1 cause of nonchronological aging — research attributes 90 percent to UV damage. Think collagen breakdown, wrinkling, brown spots, broken capillaries, as well as precancerous and cancerous growths.

The good news is that it’s never too late to start. “Only 20 percent of damage occurs in our lifetime by age 18, so it makes a difference by protecting yourself going forward,” says Hale. And make a note to keep your neck and décolletage covered. This area burns easily, ages poorly, and is difficult to treat cosmetically, says Hale.

Despite its benefits, sunscreen shouldn’t be used as the sole method of defense. Even the highest SPF rating still lets 2 percent of UV rays through. Combine sunscreen with protective UPF 50 clothing (this only allows 1/50th of UV radiation to pass through), a wide-brimmed hat, and sunglasses (embrace looking mysterious). Seek shady areas and avoid the sun during the peak hours of 10 a.m. to 4 p.m.

And if you’re worried about what all of this is doing to your vitamin D levels, don’t sweat it. “One of the most important things that we should recognize is that sun safe behavior does not mean you will be vitamin D deficient,” says Baskies. “It’s easier to take a vitamin D supplement than have surgery for skin cancer.”

Lastly, if there’s one thing I’ve learned growing up in Oz, it’s the danger of the tanning bed. Australian woman Clare Oliver died from a melanoma in 2007 at age 26. It was linked to the 11 sessions she’d spent in a solarium when she was 19, with her death prompting legislation that now bans tanning beds throughout the country. But tanning beds are shockingly still rife in the U.S., even though “they’re directly proven to cause melanoma,” says Hale. Just one session before the age of 35 increases your risk for melanoma by 75 per cent, and every time you use a tanning bed it raises your chance of developing melanoma by 20 percent.

“Every day, over a million people are in tanning salons in the U.S., with 28 million Americans using tanning beds,” says Baskies. The beds emit UVA rays, which do the most damage even though you won’t feel sunburned. “The increases in melanoma we’re seeing are in the very young and the very old. In the young, evidence supports that the incidence is linked to the tanning bed,” says Baskies.

Eleven states have banned indoor tanning for minors under the age of 18, so there’s hope. With any luck, remaining states will see the light.

The Best of SPF 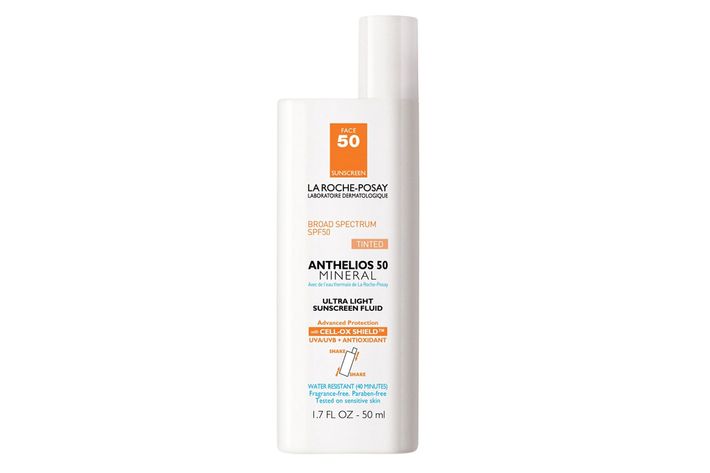 Sheer and fast-absorbing, with a matte finish and a hint of tint. 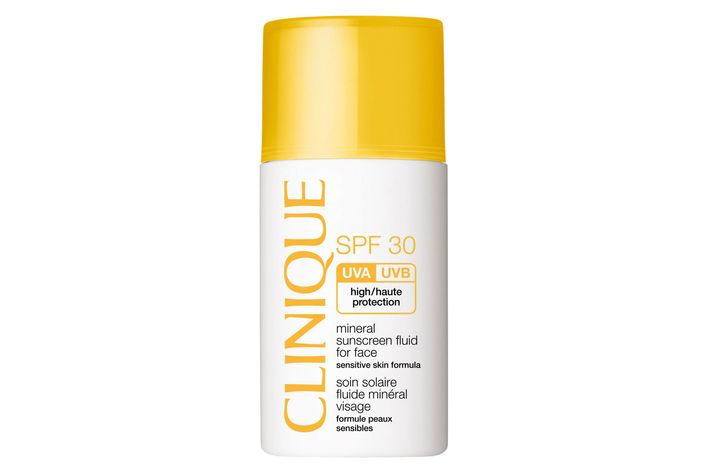 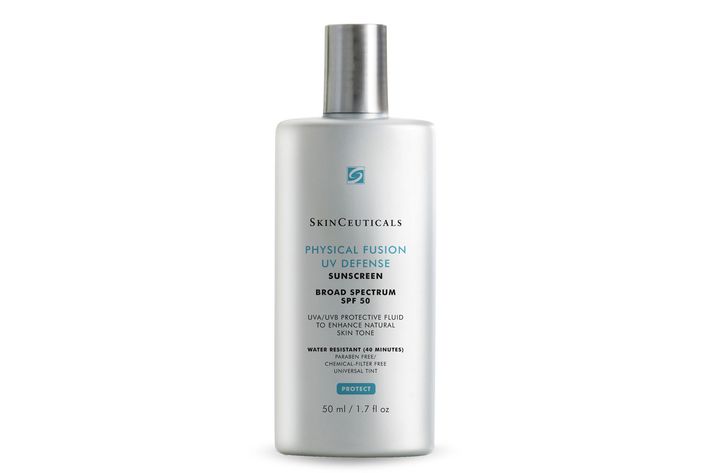 The silky texture boasts zinc oxide, skin softeners, and a subtle tint that will even out your skin tone. 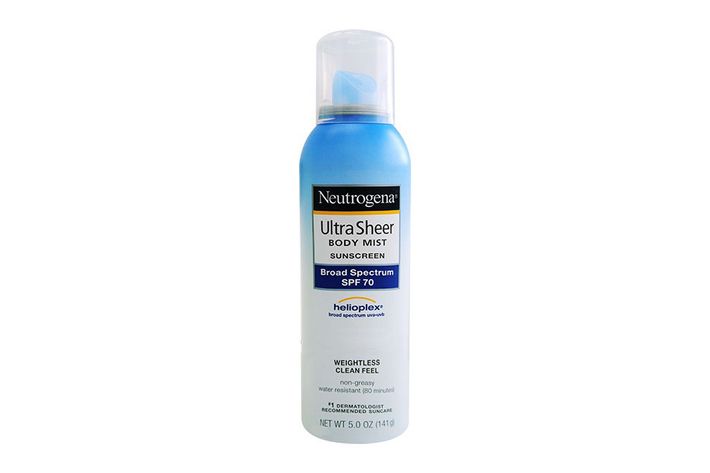 Perfect for topping off at the beach. Spray an even sheen on limbs and rub it in to avoid streaks. 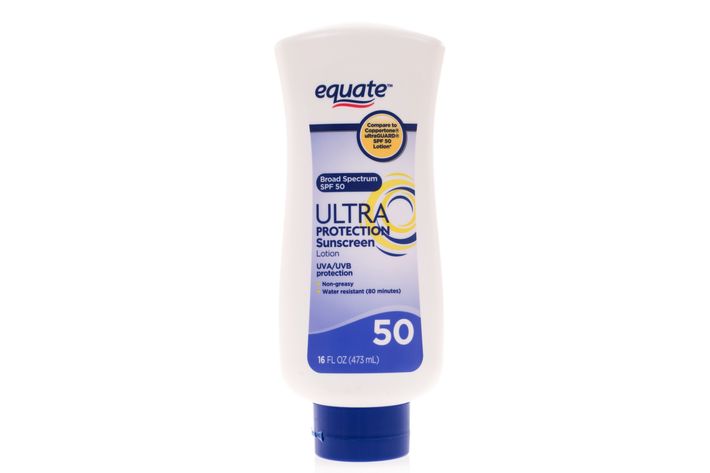 Recently voted one of the best sunscreens by Consumer Reports, this non-greasy lotion makes reapplication a cinch.

An Obsessive Australian’s Guide to Sunscreen

what we know 17 mins ago
Memphis Police Release Horrific Video of Tyre Nichols’s Beating: Updates The footage shows police officers repeatedly striking Nichols, then not rendering aid afterward.
spring fashion 6:08 p.m.
12 Ways of Looking at André Leon Talley The friendships and love stories found inside his estate auction, as told by his nearest and dearest like Anna Wintour, Marc Jacobs, and Tom Ford.
By Cathy Horyn
wait what is happening on tiktok? 6:05 p.m.
Everything We Know About TikTok’s Lashgate Drama Did Mikayla Nogueira add false lashes or not?
parties! 5:56 p.m.
Teyana Taylor, Anna Camp, and More of the Bestest Party Pics This Week Parties with Gucci, Sundance, and more.
gone sale-ing 4:37 p.m.
10 Things You Don’t Have to Pay Full Price for This Week Deals from Dyson, Nordstrom, Shopbop, and more.
friday sales 3:01 p.m.
19 Things on Sale You’ll Actually Want to Buy: From Lunya to Areaware Including fuzzy Birkenstock clogs, a teensy Cricut heat press, and our favorite weekender bag from Patagonia.
recommendations 3:00 p.m.
20 Best Butt Plugs You Can Buy Online According to experts.
q&a 12:53 p.m.
Saint Omer’s Guslagie Malanda Is No Longer an Actress in Secret How the Saint Omer actress went from art curator to awards-season hopeful.
the wedding files 12:26 p.m.
A Twice-Rescheduled Midweek Wedding in the Hudson Valley “We’re not really ‘farm wedding’ people, so that limited our options.”
By Kaitlin Menza
celebrity couples 12:15 p.m.
This Good Morning America Romance Keeps Getting Messier Amy Robach and T.J. Holmes are reportedly out at ABC.
keeping up with the royals 11:57 a.m.
Has Prince Andrew’s Teddy-Bear Collection Been Confiscated? His Buckingham Palace apartment has reportedly been revoked, and with it, his dozens of stuffed toys.
bellissimo 11:47 a.m.
Where Have I Seen Michael Imperioli’s Home Before? It’s unclear where The White Lotus ends and Imperioli’s apartment décor begins.
couture spring 2023 11:42 a.m.
At Valentino, Couture for Today Designers often look to the past for couture inspiration, but Pierpaolo Piccioli of Valentino believes it is only relevant if it talks to the moment.
By Cathy Horyn
valentine's day 11:05 a.m.
13 Flower Alternatives to Shop for Valentine’s Day Options that will last longer than a week.
culture 11:03 a.m.
Pamela Anderson Found Pam & Tommy ‘Crushing’ The actress called the Hulu series “salt on the wound.”
extremely online 10:44 a.m.
I Can’t Shut Up About the M&M’s Drama Revisiting Tucker Carlson’s one-man campaign against the “spokescandies.”
valentine's day 10:25 a.m.
16 Beauty Products My Boyfriend Won’t Stop Stealing From Me They double as great Valentine’s Day gifts, too.
¡hola papi! 6:00 a.m.
‘I’m Ashamed of Being Unemployed’ The path is long, crooked, embarrassing, and deeply silly. Having friends and passions will make it tolerable.
By J.P. Brammer
celebrity Yesterday at 9:13 p.m.
Britney Spears Just Wants Some Privacy The star confirmed police were called to her home by fans.
celebrity Yesterday at 7:08 p.m.
Ziwe and Lisa Rinna Brought RHOBH to Paris Fashion Week They were “ready to own it” in Mugler.
More Stories