The Problem With the Direct-to-Stores Runway Trend

It works for mid-price brands, but might blunt the creative magic of luxury houses. 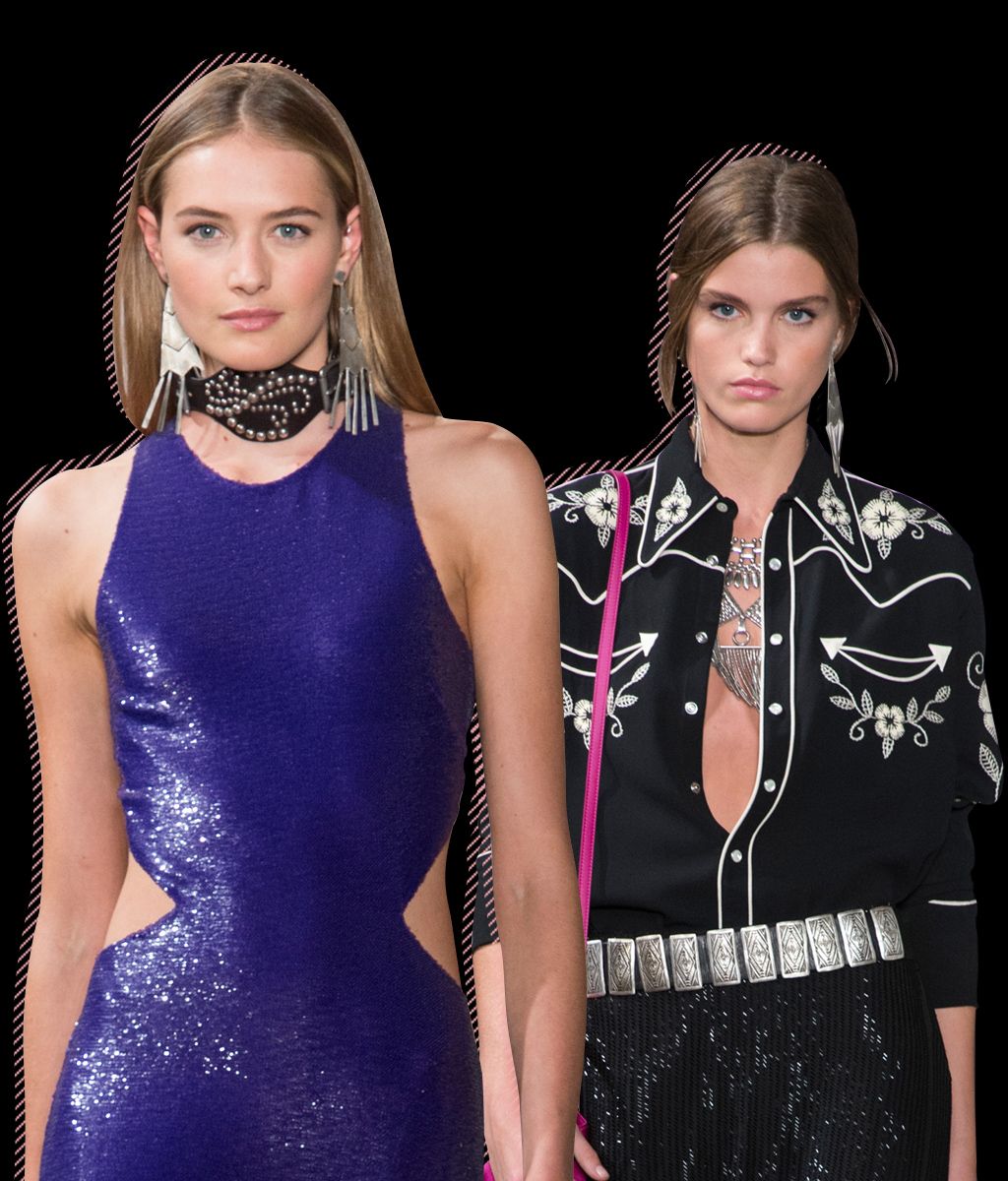 The biggest trend of this Fashion Week is not a collective embrace of a certain look — those kinds of trends don’t exist anymore — but rather a shift to showing clothes that are available in stores right now, instead of next season. On the plus side, when the clothes are inventive and the website is well-executed, this can result in a seamless combination of speed, mobility, and accessible pricing; on the down side of the ledger, the clothes must be designed much further in advance of the runway show, and this threatens to blunt creativity.

Ralph Lauren’s latest collection brought these pros and cons into sharp relief. He took integration between runway and purchase further than anyone has yet by staging his show outside his actual Madison Avenue store. The streets of the Upper East Side were oddly quiet for a mild September evening — several traffic lanes had to be shut down because of the temporary annex that Lauren had built in front of his Belle Époque replica opposite the Rhinelander mansion. Guests were seated on cushioned risers facing the emporium, with the sidewalk as the runway. The store, then, was the star, the reason for the fuss, for an irritated passerby complaining, “They shut down Madison Avenue for a fucking fashion show?”

A note was left on each of our seats. It was on Lauren’s cream-colored stationery. It said: “Today, I am proud to share with you, for the first time ever, my new women’s collection right off the runway and into your lives. For me, this is the ultimate expression of luxury—offering you every look, every accessory, every handmade detail immediately in my flagship stores around the world and online. From the beginning, I’ve always designed with you in mind … ”

Sincerity has never been a fashion-industry strong point. But perhaps Lauren was being completely sincere. The clothes that came down the sidewalk were a diluted version of his best of the West, a cardboard Magnificent Seven, with gunslinger belts, rodeo shirts, a leather fringed black poncho, and some unremarkable gowns in primary-hued sequins. At the end of the show, Lauren took his bow and then, in a well-rehearsed gesture, swept his hand toward the store’s big plate-glass windows as the curtains parted to reveal life-size images of rearing and galloping horses and more of the clothes we had just seen.

But I felt I had just witnessed a department-store fashion show and not a New York runway moment with Lauren’s usual finesse and attention to detail. This stuff really low-balled consumer expectations, in my view, and that’s because it was designed and produced months ago by people who were scared of risk, of “frightening the horses,” as the late, great Bill Cunningham used to say of the carriage trade. And the disappointment was compounded by the realization that we were sitting on the sidewalk of a magnificent city, looking at … a store with digitized steeds in the windows. The curtains really were lifted.

My point is that Ralph Lauren is a masterful illusionist, a genius at creating mystique around his brand. Think of Bruce Weber’s images of rugged Ralph, or the Out of Africa–themed collections. Not so long ago, he did a gorgeous show inspired by China. Illusion or not, that specialness was not evident last night. The see-now, buy-now model works very effectively for a mid-priced brand like Thakoon, but it may prove more difficult for luxury houses that depend in part on creating a sense of magic. If collections must work instantly in stores, what happens to the flights of invention, fancy, and humor that designers have often sent down runways to create a sensation but withheld from retail because they won’t work for most people?

Companies, like people, have to evolve to survive, and that’s what the Ralph Lauren company is doing. But it made me a little sad as I walked down Madison after the show, looking into store windows that contained merchandise no more or less “new” than what Lauren had. That’s a reflection of the trendless, eternal now of fashion today, in which all historical moments exist simultaneously, but sending collections straight to stores threatens to exacerbate this dynamic.

The old runway model enhanced creativity both before a show, when designers could be pushed to new heights by the mad rush of finishing on time, and after, when industry insiders had a chance to weigh in before the clothes reached stores. Insiders cared that the leaders were doing their best work, designers cared passionately about what the insiders thought, and that critical pushback, with the opportunity it offered for tweaking and adjusting, was essential to the overall health of the industry. I have to wonder whether, in a world where clothes are designed six months ahead for a show that goes straight to stores, it is consumers who will lose.

The New York shows wound down with a sunny moment at Michael Kors, where Rufus Wainwright took to the center of the runway and performed Harold Arlen standards as models appeared in floral-print dresses that popped against optic white, cropped trousers, and a trio of beautiful cocktail dresses in black, floral-embroidered crêpe. Derek Lam, presenting to small groups of editors in a hotel penthouse, had a terrific collection based on Georgia O’Keeffe — on her idiosyncratic personal style as well as the hues and forms in her art. Lam’s many cotton or linen dresses and blouses, some with bishop sleeves, were standouts.

The Problem With the Direct-to-Stores Runway Trend

celebrity 22 mins ago
What’s Going On With Harry and Meghan’s Netflix Docuseries? The Duke and Duchess of Sussex are reportedly at odds with the producers.
obsessive tester 3:00 p.m.
21 Self-tanners to Maintain Your Summer Glow Through Winter Natural and easy to apply.
power 2:51 p.m.
Iranian Forces Led Brutal Crackdowns Against University Protesters Despite forceful government intervention, women continue to take to the streets in defiance of government orders.
tv 2:32 p.m.
Excuse Me, Who Is This British Baking Show Hunk? Hellooo, Sandro!
what's the reference? 2:15 p.m.
An Early Aughts Staple Has Us in a Hold A personal shopper gives us tips on how to wear a camo miniskirt.
art and soul 1:50 p.m.
The Art of Motherhood In paintings, illustrations, and ceramics, artist Madeline Donahue captures the ecstasy and agony of being a mom.
By Amil Niazi
holiday gifts 1:31 p.m.
16 Gifts That Keep On Giving Whether they’re bandanas for abortion rights or cutting boards to feed the elderly.
power 1:01 p.m.
This Congressional Candidate Gave Birth On-camera “It’s important for folks to see how pregnancy and birth is a medical event that occurs in a hospital with doctors,” says Louisiana’s Katie Darling.
style 1:00 p.m.
Gigi Hadid Called Out Ye for ‘Bullying’ After His YZY Show Ye went after Vogue contributing editor Gabriella Karefa-Johnson on Instagram after she disapproved of his “White Lives Matter” shirt.
celebrity 12:51 p.m.
Angelina Jolie Claims Brad Pitt Choked One of Their Children Pitt’s rep called the allegations “completely untrue.”
pfw spring 2023 Yesterday at 5:30 p.m.
A Comedy of Errors at Paris Fashion Week This has been an utterly ridiculous Paris season, in the best and worst sense. And it’s not over yet.
By Cathy Horyn
fashion Yesterday at 5:29 p.m.
How Bella Hadid’s Spray-on Dress Was Made We were just as confused. So we found out.
power Yesterday at 4:24 p.m.
‘Pro-Life’ Candidate Denies Report That He Paid for an Abortion Herschel Walker’s own son denounced him after an alleged ex-girlfriend told the Daily Beast that Walker had paid for her abortion.
always shopping Yesterday at 3:30 p.m.
12 Best Pairs of Leggings for Running in the Winter We spoke with runners to round up the warmest leggings so you don’t have to.
blackpink Yesterday at 3:01 p.m.
What’s Going on With BLACKPINK’s Leaked-Photo Drama? Everything to know about Jennie and V’s photo leak.
always shopping Yesterday at 2:30 p.m.
The Cut Shop’s Favorite Black Boots The kind you can wear every day.
divorce rumors Yesterday at 2:22 p.m.
Gisele Bündchen and Tom Brady May Be Over for Good A new report claims Bündchen and Brady have hired divorce attorneys.
breakout Yesterday at 2:00 p.m.
Paulina Alexis Doesn’t Care If You Think She’s ‘Too Rez’ The Reservation Dogs actress won’t let anything — or anyone — get in her way.
By Simon Moya-Smith
ask a boss Yesterday at 12:00 p.m.
‘How Do I Say No to Administrative Tasks That Aren’t My Responsibility?’ Once you start doing them it can be hard to stop, because you become the person with the track record of doing them well.
q&a Yesterday at 11:57 a.m.
Lio Tipton Is Still Processing The A Friend of the Family actor breaks down their approach to the true-crime genre.
More Stories