Stella McCartney and Sarah Burton are a class apart. 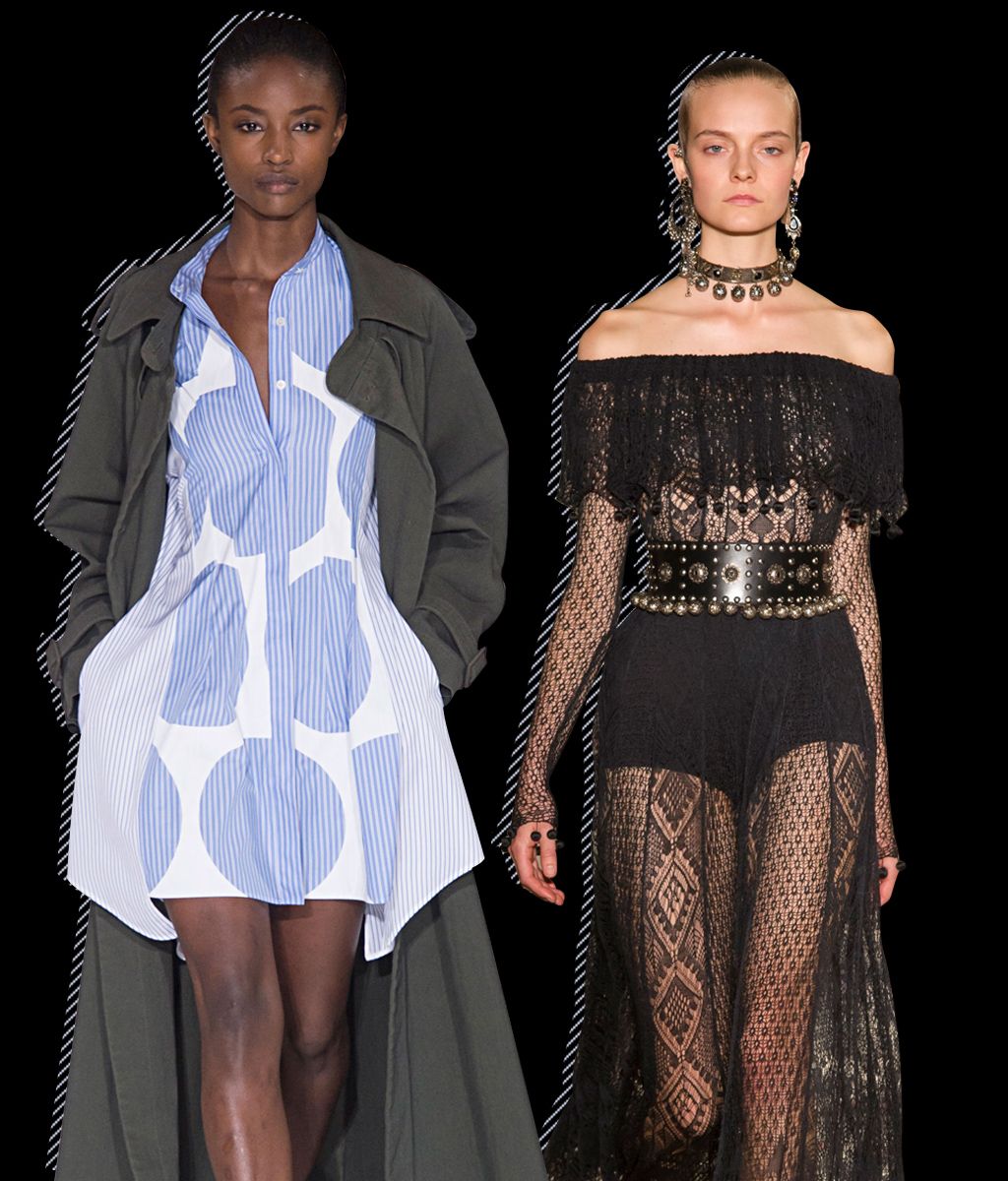 Four British women have left the deepest mark on the Paris shows. They are Stella McCartney, Sarah Burton, Phoebe Philo, and Zandra Rhodes. With each, the difference is a singular point of view and great timing. Philo captured the ambivalence felt by many women toward fashion with mismatched shoes and hectically thrown-together looks. Rhodes lent her whimsical prints to Valentino’s floaty dresses, adding to the brand’s more carefree attitude. Burton showed a flight of fantasy backed by superb craft that imagined nature in a more stirring way than any other designer achieved. And McCartney thankfully countered the vogue for high-feminist talk on the runway with seriously fun fashion.

McCartney might have begun her Monday morning show as she ended it: with her roughly 40 models bursting onto the runway in a line dance and then breaking into two-girl gangs to rush at each other and stomp some more. It was brilliant — such a simple way to convey the comfort and chic of her clothes and to kick up the brand’s stature with the audience.

The women on McCartney’s design team, along with the designer herself, are pretty good at knowing when they have to shake things up. This was a terrific collection, in part because it so neatly pole-vaulted over the “athleisure” fad to give us urbane sportswear: washed cotton in off-white as well as cedar and khaki for baggy trousers, cute dresses and shirts with inlaid corsetry, and the ultimate jumpsuit in tan, with dropped shoulders and a drawstring neck.

McCartney just kept making everything look easy — and new. She answered last season’s big shirt craze with some dynamic shirtdresses in contrasting blue stripes, set against circle patterns, and then peeled off to T-shirts and clingy lace dresses embroidered, decal-style, with “Thanks Girls” and animal-free slogans. There were also some very cool, velvety parachute trousers; like a lot of the looks in this show, they had the advantage of being both easy and sexy.

Spread over the length of the McQueen runway, at the Orangerie du Senat on the Left Bank, were more than 200 identical carpets made in Italy from digitally reconfigured images of the Shetland Islands, off Scotland. Like everything about this remarkable show, the carpets evoked less the landscape of the Shetlands than a memory of it, a memory shaped by more than one individual. Burton emphasized this fact backstage, crediting her London design team (whom she took to the islands) and various Italian factories, not to mention Shetland yarn spinners.

Delicate Shetland lace, used for creamy shawls in the Victorian era, led to an opening series of long dresses topped with black leather harnesses or jackets and worn with studded boots. Look closely: On some dresses are tiny symbols, like the Tree of Life, and flowers picked out in thread in native colors. Meanwhile, the classic Fair Isle knit was completely overhauled, made bolder in pattern and stitched in patches, or spliced into bands for ribbed lace dresses.

Team effort or not, this collection encapsulates everything that Burton stands for as an independent, sensitive designer whose clothes have become more wearable and forward-thinking. In a season of long, loose cotton dresses, no one has thought to send out a sweet empire style in a dainty floral print — a style that would do the Bennet sisters proud and also look amazing on a London or New York street next summer. The blue-thistle pattern of look No. 17 comes from a vintage handkerchief that Burton has; the hand-painted and embroidered flowers on leather jackets are based on old fabrics she has collected.

It’s a generalization, but British designers are a class apart. Steeped in wit and tradition, schooled and unschooled, they tend to be less formulaic than their European peers. But six years ago, when Burton took over McQueen, she had gumption to offer another version of English beauty, one based on nature and smaller treasures, like a handkerchief or a crofter’s stitch. Now that people are looking for more things with a human feeling — from food to fashion — it makes her ideas seem incredibly prescient.