Finally, Some Direction From the Shows

Nicolas Ghesquière presented a collection for Louis Vuitton that drew on his own history of design as it stepped smartly toward the near future. 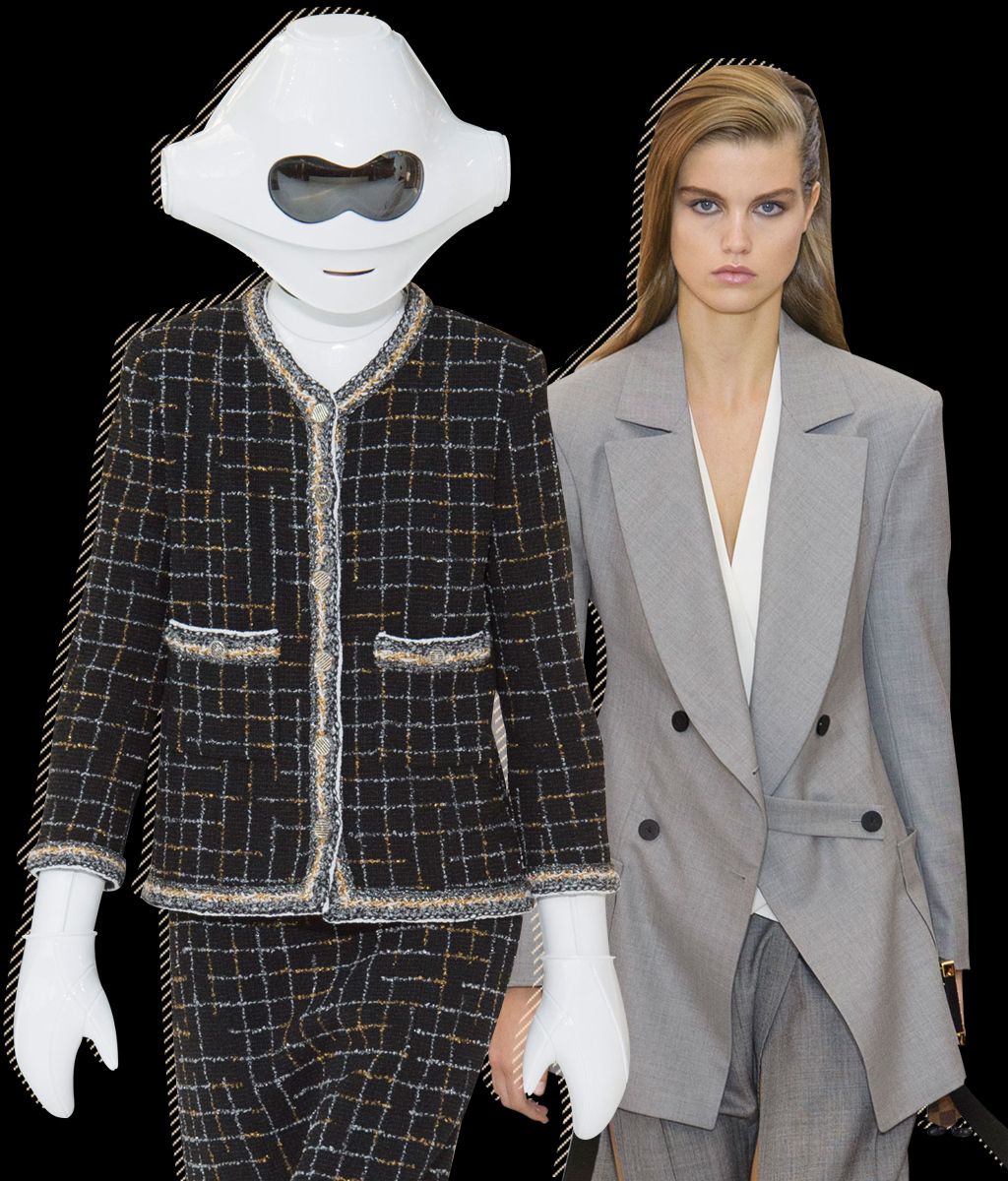 The symbolism couldn’t have been clearer. In a gutted 18th-century building in Place Vendôme, bathed in light and sound from the latest equipment and given a sleek, high-tech ceiling, Nicolas Ghesquière presented a collection for Louis Vuitton that drew on his own history of design as it stepped smartly toward the near future.

His last couple of shows, held at the Fondation Louis Vuitton in the Bois de Boulogne, have sort of gone sideways — sliding off in different directions, none really worth following. And there have been rumors that Ghesquière is unhappy, or the LV brass might be unhappy with him. But this was the first show in several seasons — anywhere — that deserved, I felt, to be called directional.

Ghesquière set things up from the start, with mid-calf jersey dresses in mono and duo tones that wrapped lightly around the body, tied at the waist, and were shown with pointy-toed, mid-calf boots. They looked glamorous, yet grounded in reality. The top of a gray dress streaked with matte gold sequins was intersected with black triangular panel; the detail brought to mind the V-shaped tops that made Ghesquière’s name in the late 1990s, as Balenciaga’s designer. There were also soft trousers, gathered a bit at the waist and tapered, that echoed that influential style — when his models resembled a skinny army canted slightly forward.

But the difference now is that his scope is much wider, and that was reflected in the individuality of his models, some of whom had David Bowie eyes and others who had strong, bare faces, and in the superb interpretation of the plain old gray suit that followed the jersey dresses. Suits? Apart from the odd smoking or Chanel’s cardigan style, who does a proper tailored suit nowadays?

More to the point, who takes it upon himself to actually consider what might make that old jalopy burn some rubber? I love that Ghesquière took on the challenge, and I love the results: a lightweight jacket in soft gray held closed by a subtle tab, with a V-neck ivory silk blouse and a wrap skirt that split open to one side. Other suits had butterfly sleeves, but the effect was still the same: a polished look that avoided looking buttoned-up. Ghesquière also gave separates a smart update, with asymmetry on skirts and open backs on motorcycle jackets — even T-shirts had a goth appeal.

What a marked contrast from Chanel on Tuesday. This time Karl Lagerfeld created a giant computer room, with banks of pretend servers behind clear walls. The first models wore robot heads, and there were computer references — grids and things — sprinkled amid the nice Chanel tweeds and springtime knits, as well as some unflattering minis based on lingerie. But Lagerfeld should know that such a literal cyber reference dates anything.

After a couple of spacey seasons, Miuccia Prada also brought her line, Miu Miu, down to earth. A bathing-beauty theme (flower-spritzed caps, colorful slides) worked well for the cute and trim-looking mixture of knitted halter tops, rompers, mini coat dresses, and printed cotton shirtdresses gathered at the rear in a bow.

Thanks to Ghesquière’s emphatic closer, the Paris shows felt hefty, with a swing toward longer looks (Loewe, Céline, McQueen), the resurgence of jersey (Vuitton, Givenchy, the new and noteworthy label Atlein), a romance-infused casualness (our man Dries), and color everywhere.

Finally, Some Direction From the Shows