Happiness studies, or positive psychology as it’s called in academic circles, is a relatively new field of research. In 1998, the American Psychological Association appointed a new president, Dr. Martin Seligman of the University of Pennsylvania. Up until this point, Seligman was best known for his work in the 1960s administering electric shocks to captive dogs, but in his new role as president, he was now changing tack. Seligman used his inaugural speech to the association to declare the grand opening of a whole new branch of psychology, to be known as “positive psychology.”

This brave new discipline would cast aside the shackles of old-school negative psychology, with its party-pooping tendency to dwell on downers like depression and pathology. Instead, this new, upbeat psychology would focus exclusively on “the most positive qualities of an individual” with a particular focus on happiness. Happiness would no longer be left to chance or private experience but would be measured, assessed, documented, and then controlled and manipulated through precise clinical techniques and interventions. At the height of the economic boom, this new feel-good science captured the public mood; and in the intervening years, positive psychology has exploded, quickly becoming one of the fastest-growing and best-funded specialties in academia. 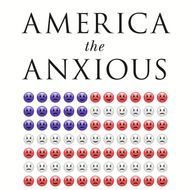 The studies fall broadly into two categories. The first tries to work out who is and isn’t happy already. Which country or American city is the happiest? Are married people or rich people or Republicans happier than the single or poor or progressive? But where the real money lies is in the second strand of studies — those that don’t just attempt to understand the human condition but to advance the dream of improving it. These studies test out interventions for boosting happiness that can then be packaged and sold. Now the discerning happiness seeker, formerly reliant on a few unregulated self-appointed self-help gurus, had the full miracle of science at his or her disposal.

Academic positive psychologists have taken full advantage of this business opportunity, quickly creating a thriving industry of books, apps, coaching, consultancy, and courses. This is not, apparently, the spoilsport sort of science that cautions moderation in its conclusions or might feel compromised by a hefty consumer promise. Positive psychology books pack a similar marketing punch in the titles as their self-help competitors: The How of Happiness: A New Approach to Getting the Life You Want; Authentic Happiness: Using Positive Psychology to Realize Your Potential for Lasting Fulfillment; and The Happiness Advantage: The Seven Principles of Positive Psychology That Fuel Success and Performance at Work.

Clearly anyone in the happiness trade has a strong financial incentive to at the very least play up the amount of agency we have over our own well-being and to play down the elements that we are unable to change. Positive psychology almost defiantly downplays the role of our life circumstances in our happiness. In contrast, it emphasizes to the max the ability of the individual to radically alter his or her own levels of contentment by sheer effort and force of will.

The omnipresent inescapability of this narrative is probably expressed most clearly via a rather unappetizing-looking cherry pie. This pie is the cover star of The How of Happiness, by Dr. Sonja Lyubomirsky of the University of California, Riverside, a prominent and influential figure in the movement as a whole. Lyubomirsky herself is an academic, with her own “happiness laboratory” at the university and a million-dollar research grant to come up with techniques for becoming happier.

To Get Happier, Focus on What Makes You Miserable
The Not-So-Secret Secret to Happiness: Be Kinder to Yourself, Okay?

The pie is a recurring trope in the book, a pie chart infographic designed to show the relative importance of the different factors affecting our happiness. It is divided into three slices, to represent genetics, circumstance, and our own voluntary contribution — that is, the amount of our happiness over which we have control.

The largest slice of Lyubomirsky’s pie, 50 percent, is allocated to genetics. She explains that research carried out in the late 80s on sets of twins showed that around half our happiness can be attributed to our genes. Each of us has a genetic set point to which, like a high-achieving homing pigeon, we tend to return.

The genetic aspect of happiness is relatively uncontested in the literature. But where things start to get more controversial is in the other half of the pie. The second slice is a measly, Weight Watchers-style sliver of just 10 percent for what Lyubomirsky calls “circumstance,” that is, the factors that we are either born into or the other aspects of our lives and worlds that we cannot control. She never defines exactly what she is including and excluding from this category, but there seems to be a lot thrown in there — our demographics (such as our race, age, sex, income, marital status, and level of education) plus some other chance variables, such as our appearance and health, plus our relationships and the events of our lives.

To underscore her insistence that our life circumstances have a negligible impact on our happiness, Lyubomirsky also provides a long and slightly bizarre list of things that, she claims, will not make us happier. This peculiar inventory includes: “cure from a chronic illness or disability,” “more supportive and loving parents,” “more money,” “knowing what you really want to do with your life,” “a relationship,” and “more time.” She stresses that “if we can accept as true that life circumstances are not the keys to happiness, we’ll be greatly empowered to pursue happiness for ourselves.”

This empowerment will come, she assures us, in the form of the entire rest of the pie, a sugar coma-inducing giant wedge of 40 percent that represents the amount of our happiness that Lyubomirsky claims is under our own control, “in our power to change through how we act and how we think.” This 40 percent figure is much quoted in the positive psychology literature in both academic and popular texts, and it represents the field’s great marketing opportunity.

This deft rebranding of actual problems into “problematic ways of thinking” is a common theme in the happiness industry. Martin Seligman himself has done much to promote this neoliberal view that circumstances don’t matter to happiness. “In general, when things go wrong we now have a culture which supports the belief that this was done to you by some larger force, as opposed to, you brought it on yourself by your character or decisions,” he claimed in one interview in the early years of the positive psychology movement. “The problem about that is it’s a recipe for passivity… . A lot of your troubles were brought on by yourself. You are responsible for them.”

But the idea that our circumstances are trivial to our happiness, that what we really need to do in order to be happy is to think positive, and that keeping a gratitude journal or counting our blessings can potentially have quadruple the impact on our happiness than the love of our parents, whether we live in affluence or poverty, or whether or not we suffer from a debilitating chronic illness seems like a stretch at best.

Ever since I first dipped my toe into the world of the consumer happiness industry, I have struggled with this basic narrative. With its almost belligerent denial that structural obstacles to happiness exist, it seems to promote a dangerous level of social and political disengagement about tackling the injustices of the wider world. On a more personal level, I find it unforgiving and dismissive of others’ often very real problems and all too liable to veer into victim blaming. Most important, it seems to undermine the very idea of a supportive community in which we all take responsibility for one another’s welfare, something that is at the very foundation of happiness.

Consistently, the countries that do the best in international happiness surveys—the Scandinavian countries, Australia, and New Zealand—are those that buy into a wider social contract that everyone is responsible for one another’s well-being via a robust welfare state. People are generally happier when everyone is well cared for. Research suggests that this phenomenon is no coincidence. Benjamin Radcliff, a political science professor at the University of Notre Dame and author of The Political Economy of Human Happiness, has conducted extensive analysis of the data and concluded that people living in more generous welfare states, where people both pay more in taxes and receive more in benefits, consistently report significantly higher levels of happiness.

If we want to create a happy society, we need a new narrative of well-being that is inclusive, generous, and socially connected, in which rather than using questionable science to blame people for their own problems, we focus on solving them.

From America the Anxious: How Our Pursuit of Happiness Is Creating a Nation of Nervous Wrecks by Ruth Whippman. Copyright © 2016 by the author and reprinted with permission of St. Martin’s Press, LLC.

You Can’t Always Make Yourself Happy

sports! Yesterday at 6:05 p.m.
The Best TikToks From the Olympics So far, Australia is winning the gold in social-media content.
hot bod Yesterday at 5:55 p.m.
Does the Newest Olympian Training Fad Actually Work? Blood-flow restriction is all the rage this year, but you probably shouldn’t try it at home.
it happens! Yesterday at 5:06 p.m.
And Now You Are Attracted to a Centaur Blame Adam Driver’s new Burberry ad.
less is more Yesterday at 4:03 p.m.
How Often Do You Really Need to Wash a Baby? According to wellness experts Mila Kunis and Ashton Kutcher, only when it’s visibly dirty.
sports! Yesterday at 3:07 p.m.
All the Tokyo Olympics Events You Should Actually Watch So you don’t have to sort through 7,000 hours of televised sports on your own.
that's hot Yesterday at 2:31 p.m.
A New Paris Hilton Era Is Upon Us Please enjoy the trailer for her forthcoming cooking show.
crime Yesterday at 12:59 p.m.
The Atlanta Spa Shooter Has Pleaded Guilty to Murder Robert Aaron Long has been given four life sentences — and may still face the death penalty.
ask a boss Yesterday at 12:00 p.m.
‘I’m Worried Going Back to the Office Will Mean More Work’ And more concerns about the transition to working in person.
tokyo olympics Yesterday at 11:21 a.m.
Simone Biles Isn’t Sure If She’ll Compete Again in Tokyo The star gymnast said she’s taking things one day at a time after withdrawing from the team competition for mental-health reasons.
book excerpt Yesterday at 11:11 a.m.
Closer to Perfect “I wish someone had said something like, “Don’t change one damn thing about yourself.”
sports! Yesterday at 10:36 a.m.
The Best Things We’ve Seen at the Olympics So Far A swim coach horny for gold, teens shredding the skateboarding category, and more.
why is your skin so good Yesterday at 10:00 a.m.
How This Bodycare Founder Gets Her Skin So Good Rebecca Zhou on dealing with backne and fungal acne.
finer things Yesterday at 9:58 a.m.
Joe Biden Could Use These Aviators An update from Saint Laurent.
By Emilia Petrarca
livestream Yesterday at 8:00 a.m.
Watch the Celine Homme Runway Livestream  Enjoy!
wealth July 26, 2021
How Many Wedding Dresses Is Too Many Wedding Dresses? The Lady Kitty Spencer wore five, yes, five, to marry her multimillionaire boyfriend.
free britney July 26, 2021
What’s Going On With Britney’s Conservatorship? Who wants out, who’s staying in, and where the controversial legal arrangement goes next.
gone sale-ing July 26, 2021
I’ve Already Started My Fall Shopping Thanks to Nordstrom’s Anniversary Sale From a Ralph Lauren coat to the perfect block-heel boots.
By Asia Milia Ware
gone sale-ing July 26, 2021
15 of the Best Beauty Deals From Nordstrom’s Anniversary Sale Including Dior, Tom Ford, and Diptyque.
By Asia Milia Ware, Kathleen Hou, and Erica Smith
famous hair July 26, 2021
Give These Braids a Gold Medal Naomi Osaka and her hair are killing it on the court.
scent memories July 26, 2021
The Candlemaker Whose Home Smells Like Sour Candy Otherland CEO uses her personal scent memories to create her candles’ scents.
More Stories