For October’s installment of the Cut book club, we’re reading inventive historical fiction, acclaimed short-story collections, and memoirs by inspiring women. Scroll down to see this month’s picks, and let us know if you’ve also read any of them in the comments. 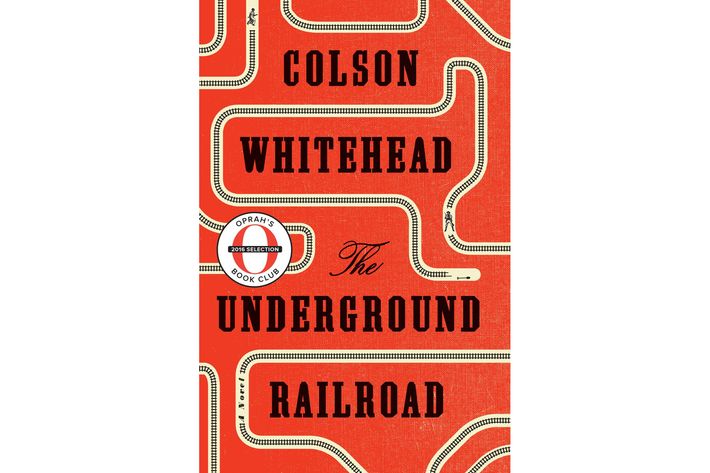 1. The Underground Railroad by Colson Whitehead
“In Colson Whitehead’s gorgeous, harrowing new book about the slave trade, the underground railroad is not a metaphor — it’s a real network of subterranean tunnels and trains that ferry slaves to freedom. The protagonist, a young slave called Cora, flees a Georgia plantation and embarks on a Gulliver’s Travels–esque voyage through Whitehead’s imagined America, where the lines between historical fiction and fantasy blur in surprising and unexpected ways. The Underground Railroad is both a genre-bending imaginative triumph and an unflinchingly honest depiction of the horrors of the darkest chapter in American history.” — Anna Silman, culture writer 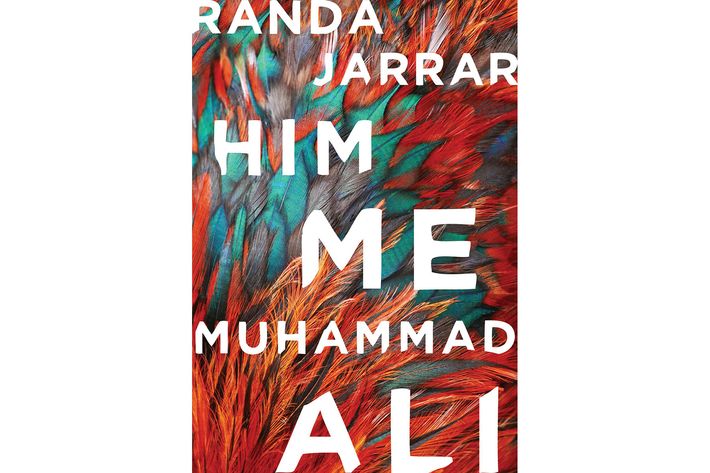 2. Him, Me, Muhammad Ali by Randa Jarra
“Years ago, I picked up Randa Jarrar’s first book, A Map of Home, by chance because it was on display in my college library. As the daughter of an Egyptian immigrant, I thought it was a revelation — and Jarrar’s newest book, Him, Me, Muhammad Ali, feels intimately familiar to me in many of the same ways. Jarrar’s characters are memorable, with experiences and observations that oscillate between deeply moving and riotously funny — often on the same page — and she expertly incorporates occasional moments of magical realism in this truly excellent short-story collection.” — Gabriella Paiella, staff writer 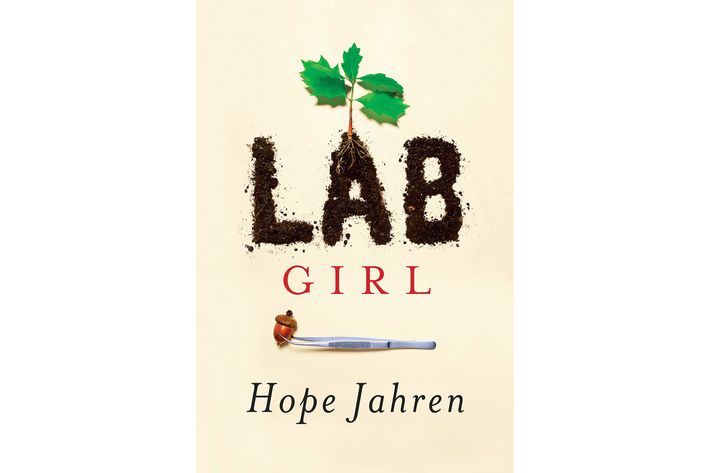 3. Lab Girl by Hope Jahren
“Lab Girl initially interested me because it’s the memoir of a successful woman in a male-dominated field, but Hope Jahren’s story is so much more than that. She writes beautiful passages about how trees grow and die, but also wades through thornier matters, like pursuing lucrative defense research to support her true passion of plant biology, and navigating a relationship with her reserved Norwegian parents. Jahren’s writing will give you an appreciation of the scientific process as well as the acorn you stepped on yesterday.” — Susan Rinkunas, health writer 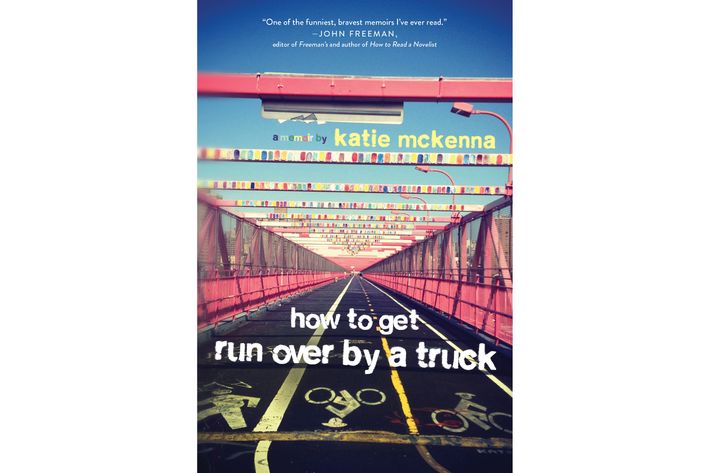 4. How to Get Run Over by a Truck by Katie McKenna
“Katie McKenna shares the story of her accident (she was literally run over by a truck) in this ‘imperfect book’ with humor, love, bravery, and strength. Her story speaks to every personal trauma, big or small, that comes through our lives. And in sharing her path through pain and recovery, McKenna gives us tools to make it through our own challenges. Your heart will explode for Katie — and for yourself.” — Raydene Salinas, photo editor 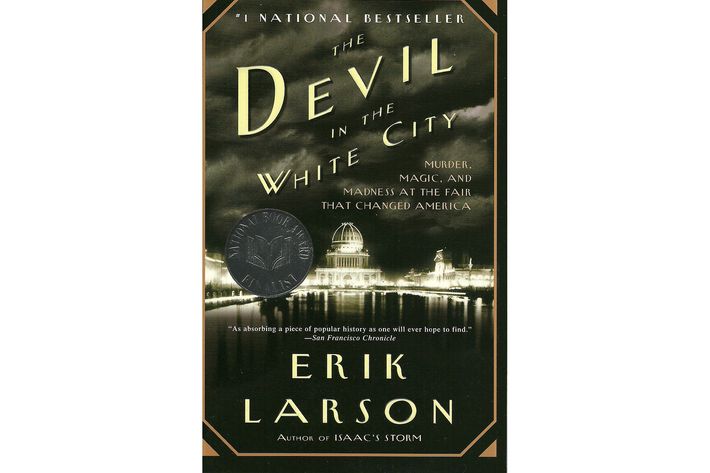 5. The Devil in the White City: Murder, Magic, and Madness at the Fair That Changed America by Erik Larson
“I’m not going to lie — when I first read the title, I thought it referred to Washington, D.C. But more than a decade after it became a National Book Award finalist, I finally picked up The Devil in the White City only to find out that it was about the 1893 Chicago World’s Fair. Although I was disappointed at first, I quickly became wrapped up in the parallel stories of Daniel Burnham, the fair’s director of works, and the so-called Dr. H. H. Holmes, a serial killer who lured young women to Chicago using the fair as bait. The nonfiction narrative is so well-researched that it feels educational, even as it thrills the reader with morbid details and constant cliffhangers.” — Claire Landsbaum, staff writer 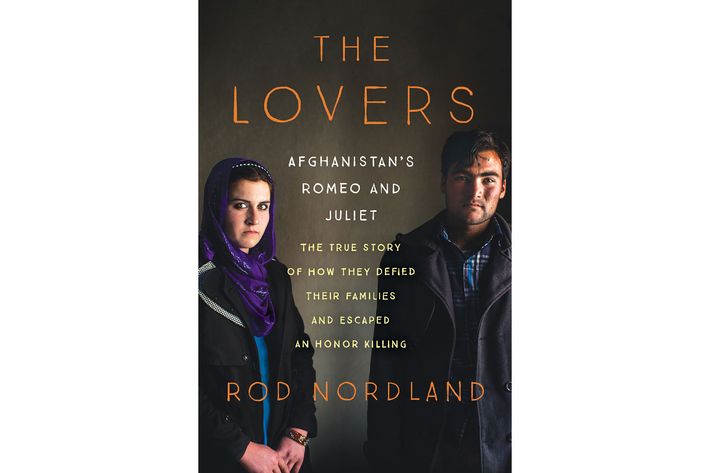 6. The Lovers: Afghanistan’s Romeo and Juliet, the True Story of How They Defied Their Families and Escaped an Honor Killing by Rod Nordland
“The Lovers tells the true story of Zakia and Ali, a young couple from different tribes, who fell in love and decided to get married against her family’s wishes. Zakia’s family vowed to kill her to restore honor to their family, and the pair had to go into hiding to save their lives. Written by the New York Times’ Kabul bureau chief Rod Nordland, the book is a devastating look at women’s rights in Afghanistan, and shines a light on the horror of honor killings.” — Lisa Ryan, staff writer 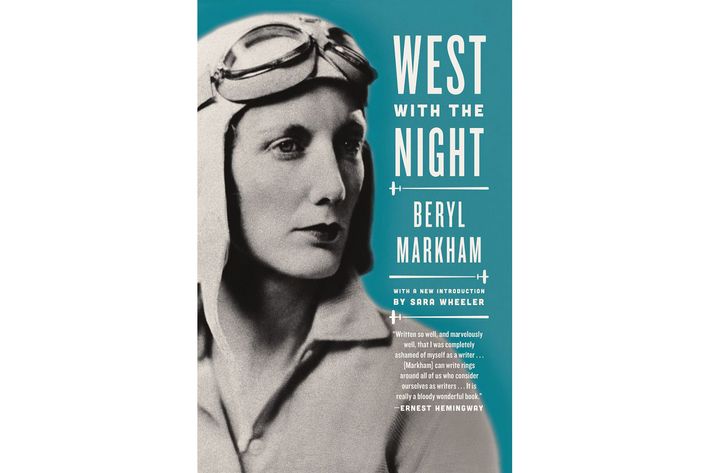 7. West With the Night, by Beryl Markham
“I bought West With the Night at a used bookstore late this summer on vacation when I’d run out of reading materials. I’ve always meant to read Markham’s memoir of her adventures as a pioneering pilot (at a time when few women flew) and outdoorswoman growing up in Kenya. The book is written so beautifully that Ernest Hemingway wrote that he was ‘ashamed’ of himself ‘as a writer’ after reading it.” — Laura June, staff writer 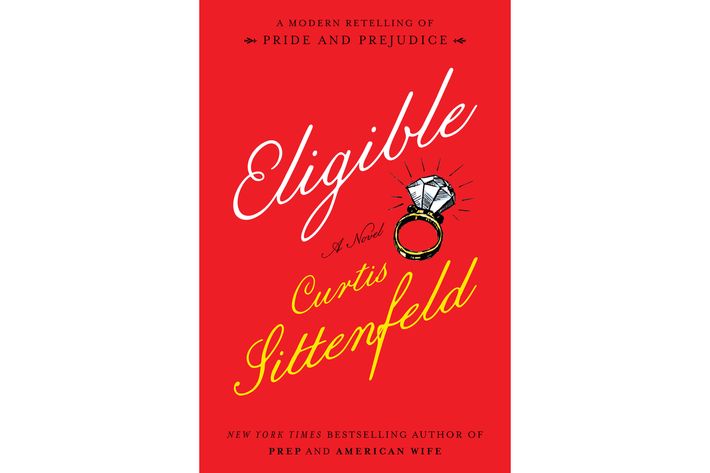 8. Eligible, by Curtis Sittenfeld
“I love this modern reimagining of Pride and Prejudice. Mr. Darcy’s a neurosurgeon, sisters Kitty and Lydia are CrossFit-obsessed egomaniacs, and our heroine, Elizabeth Bennett, is a freelance magazine writer. Sittenfeld works her own charming Austen-like prose, but issues like artificial insemination and sex-reassignment surgery provide a topical (and funny!) feminist perspective.” — Maura Walters, editor 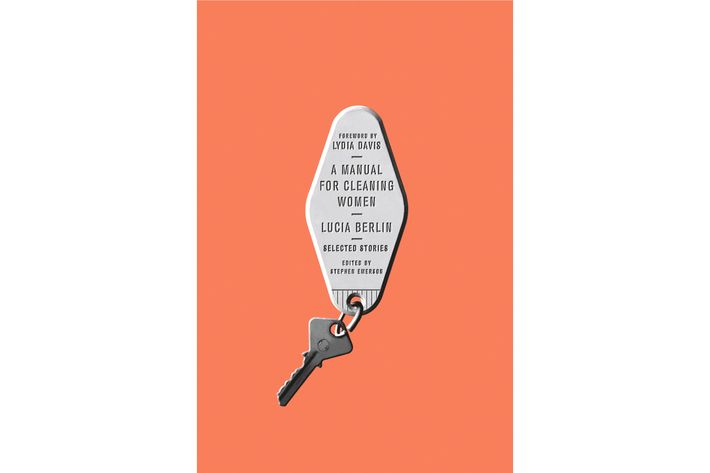 9. A Manual for Cleaning Women by Lucia Berlin
“This short-story collection was all the rage when it was released last year, and while I regret not picking it up then, no time better than the present. Lucia Berlin is an extremely savvy, extremely funny writer who writes about the mundane experiences of the everyday as if they are either magical or horribly tragic. Read the Lydia Davis–penned intro to learn about what events in Berlin’s life made her so equipped to perfectly catalogue the details of human nature.” — Dayna Evans, staff writer 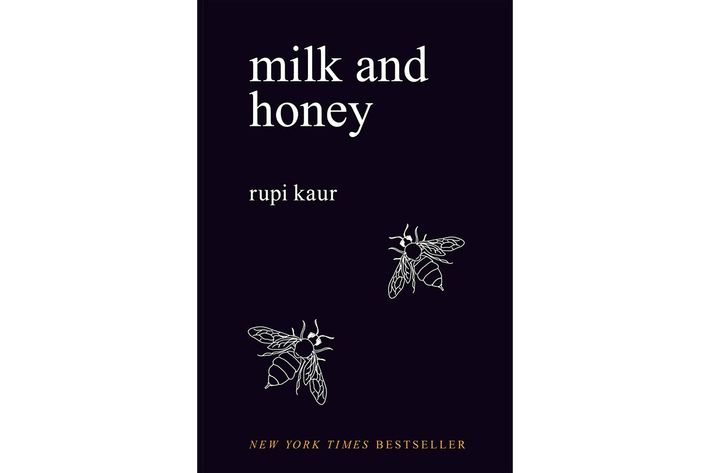 10. Milk and Honey by Rupi Kaur
“When I first discovered Rupi on Instagram, I didn’t realize she had a hardcover book to accompany her short poems and musings on life as a woman. Her work addresses sexual assault and harassment, but also the process of falling in love and friendship. I found myself reflecting on (and overthinking) past experiences.” — Emily Sundberg, Instagram editor 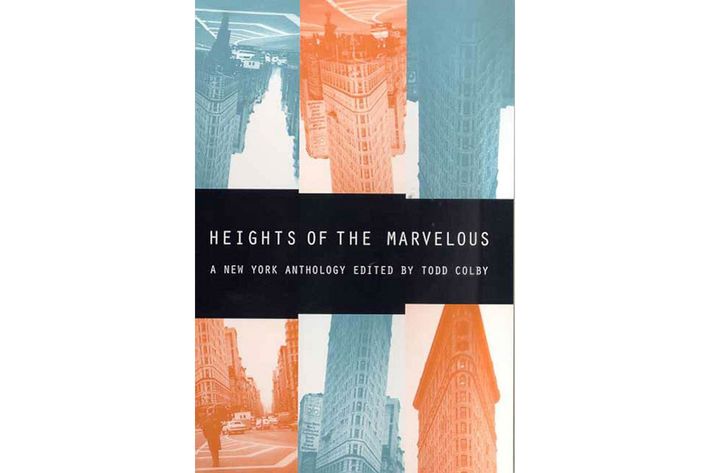 11. Heights of the Marvelous: A New York Anthology, edited by Todd Colby
“I love this book of weird, beautiful poems about New York City for quick pockets of reading time — on the subway, or just before heading to bed.” — Catie L’Heureux, associate managing editor 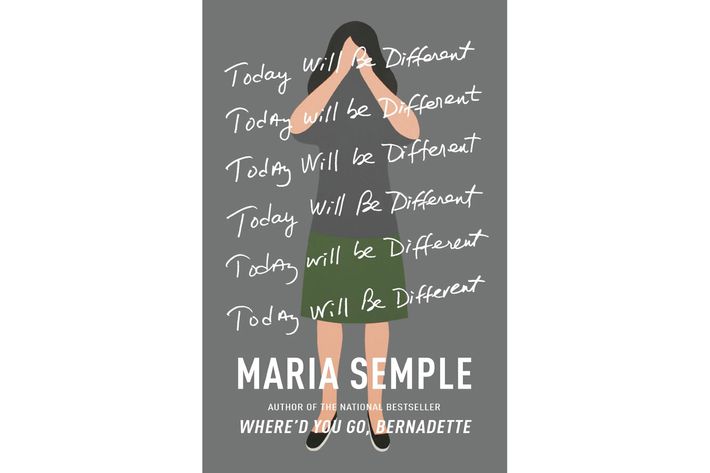 12. Today Will Be Different by Maria Semple
“I loved Maria Semple’s funny, frantic novel Where’d You Go, Bernadette (who didn’t?), so I jumped on this as soon as it came out. Like Bernadette, it’s about a dysfunctional, bougie, highly opinionated Seattle mom and the slapstick havoc that she wreaks on those around her. Semple used to write for Arrested Development, and she’s a master at creating comedy out of the neuroses of people with too much time and money on their hands.” — Izzy Grinspan, senior editor 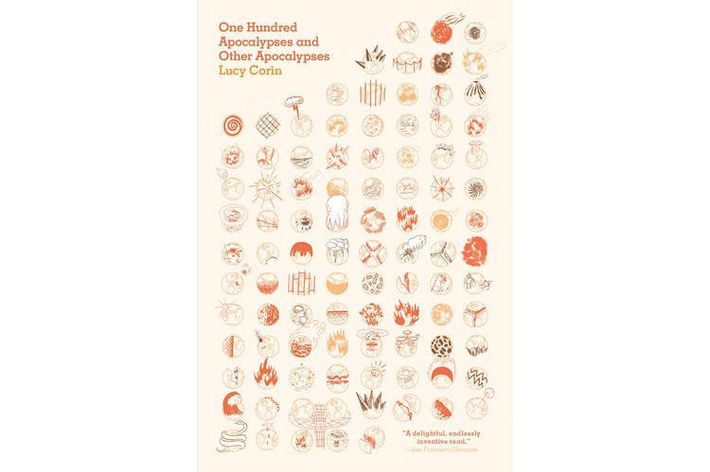 13. One Hundred Apocalypses and Other Apocalypses by Lucy Corin
“Right now’s the perfect time to pick up the paperback edition of Lucy Corin’s short-story collection One Hundred Apocalypses and Other Apocalypses, released earlier this month by McSweeney’s. My first encounter with Corin’s work was her gorgeous, violent novel Everyday Psychokillers: A History for Girls; these short stories continue in that vein. A sharp-tongued, hallucinatory writer, Corin will prepare you for whatever it is that’s coming — or at least distract you from it.” — Jen Gann, senior copy editor