For November’s edition of the Cut book club, we’re reading books to help us try and make sense of the election result, including searing dissections of race, class, and gender from acclaimed authors like Ta-Nehisi Coates, George Packer, and Jessica Valenti. Scroll down for the best books we’re reading this month, and if you have other recommendations, let us know in the comments. 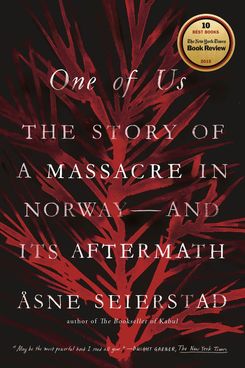 1. One of Us: The Story of a Massacre in Norway – and Its Aftermath by Åsne Seierstad
“I read One of Us — Åsne Seierstad’s extraordinary and thorough journalistic undertaking about the 2011 mass murder of 77 people, most of them teenagers, by far-right terrorist Anders Behring Breivik — over the summer. Back then, I was struck by how much Breivik’s beliefs lined up with those of the alt-right (which was then gaining more and more prominence due to their support of Donald Trump): a strong emphasis on white nationalism, coupled with hatred of women and minorities. It’s a harrowing and essential read for these times.” —Gabriella Paiella, staff writer 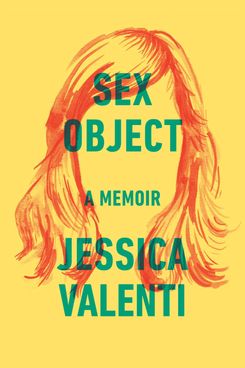 2. Sex Object: A Memoir by Jessica Valenti
“Somehow I made it through college without taking a single women’s studies class, so Guardian columnist Jessica Valenti’s Sex Object was my first experience with literature that’s pro-woman to its core. Valenti uses her own experiences to evaluate and criticize rape culture, as well as to demonstrate what it does to women to live in a society that wasn’t built for them. She gives voice to thoughts I didn’t even know I had, and rereading her words after the election has helped me brace myself for what’s to come.”
—Claire Landsbaum, staff writer 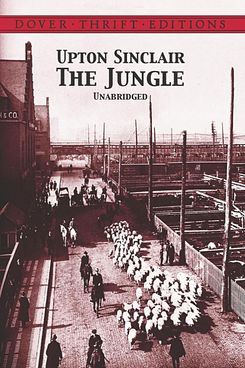 3. The Jungle by Upton Sinclair
“Reading about places I live has always been a way I learn about my surroundings and relate to them. But over the past few months, I’ve been attracted to accounts of different parts of America, and when people discuss dream trips all I can think of are cities within my country. My dad handed me Hillbilly Elegy a few weeks ago and I ate that up, and now realize I should read it again post-election. I also just reread The Jungle by Upton Sinclair. When I was in high school I was always frustrated that our textbooks excerpted this book but we weren’t required to read the whole thing, so I read it. It was grotesque, and threw me immediately into a two-month vegetarian stage, but it was aimed at the public for a social purpose, and therefore an intriguing and easy read. The parallels to modern-day America and industry workers aren’t all there, but it reminded me how important investigative journalism is. I look forward to living in a nation with free press, fearless journalism, and people who speak up when they see something morally wrong in our government.” —Emily Sundberg, Instagram editor 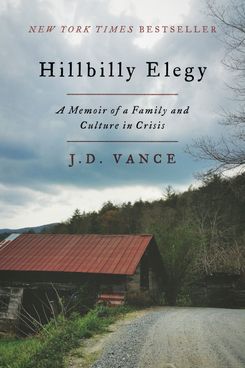 4. Hillbilly Elegy: A Memoir of a Family and Culture in Crisis by J.D. Vance
“This memoir by an Appalachian native turned Silicon Valley investor weaves personal anecdotes with sociology to investigate the struggle of America’s white working class. While Vance provides an empathetic look at the poverty, trauma, and addiction that plague his community, he also holds his peers accountable for what he sees as a culture of blaming others. And though Vance was able to do what many around him could not — move away from home and up a couple of tax brackets — he is unafraid to confront the demons he continues to fight. Hillbilly Elegy is the closest I’ve come to understanding why someone might vote for Donald Trump.” —Jessica Roy, news editor 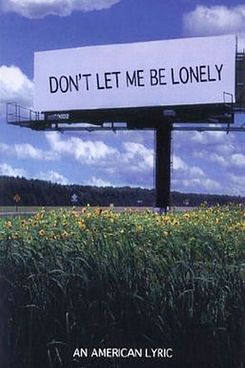 5. Don’t Let Me Be Lonely by Claudia Rankine
“One thing that is particularly helpful to me in times of political uncertainty is to read works by writers from different places, or books that were released earlier than two years ago. This Claudia Rankine book of essays-slash-poems was published in 2004, which may not seem like that long ago, but is far enough away to help put things in perspective. Rankine’s book speaks about race in America, television’s effect on our ability to process trauma and tragedy, and what the world felt like before and after 9/11. It is immensely helpful in giving creative context to how we got where we are right now.” —Dayna Evans, staff writer 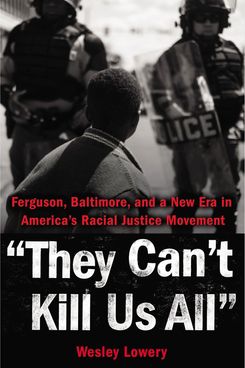 6. They Can’t Kill Us All: Ferguson, Baltimore, and a New Era in America’s Racial Justice Movement by Wesley Lowery
“If you don’t read this book but for the sole purpose of brushing up on the recent killings of black men by the hands of police, it will have served its purpose. With Trump as president-elect, it’s important now more than ever that black people keep themselves educated on the injustices we’re facing in America. With so much political media coverage to distract us, Wesley Lowery sets out to remind us why revisiting our history is critical for racial improvement.” —Mars Johnson, freelance producer/fashion intern 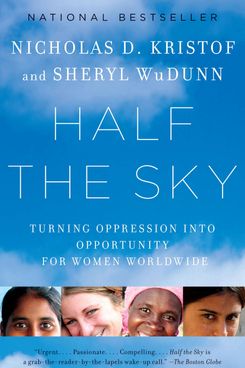 7. Half the Sky: Turning Oppression Into Opportunity for Women Worldwide by Nicholas Kristof and Sheryl WuDunn
“That this book needed to be written at all is evidence of how much more progress we need in women’s rights. But beyond making moral appeals, this book lays out concrete proof that the oppression of women doesn’t benefit anyone. Written by Pulitzer Prize-winning couple Nicholas Kristof and his wife, Sheryl WuDunn, the book tackles the problems of sex trafficking, forced prostitution, gender-based violence, and maternal mortality. Kristof and WuDunn offer concrete evidence, logical and economic proof that women’s rights are human rights. Despite tackling dark topics, the book retains an optimistic tone (and doesn’t come across as a slam book for men) by offering actionable ways to help and multiple inspiring stories of triumph and resilience. It even makes you laugh — but most importantly, it makes you want to do good in the world and give a copy to everyone you know.” —Kathleen Hou, senior beauty editor 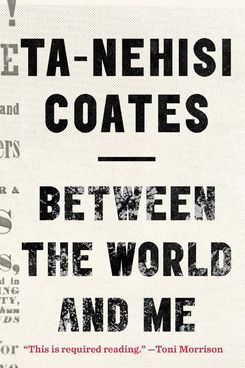 8. Between the World and Me by Ta-Nehisi Coates
“Coates never mentions Trump’s name, but so much of this book now seems to explain his racist, terrifying platform: “‘White America’ is a syndicate arrayed to protect its exclusive power to dominate and control our bodies,” he writes to his son. This now feels like essential reading — to know what it’s like to be black and live in America, where we’ve come from, and what we’re facing.” —Catie L’Heureux, associate managing editor 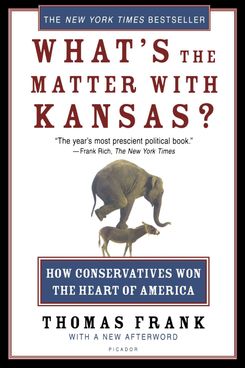 9. What’s the Matter With Kansas by Thomas Frank
“I studied political science in college and What’s the Matter With Kansas was required reading. Back then the biggest political conundrum was “How did George W. Bush win over middle-class voters when his policies benefited them the least?” What’s the Matter With Kansas speaks to illuminate why some members of the electorate vote against their own best wishes. In a nutshell, Frank largely points to the dominance of social issues, like women’s reproductive rights (or lack thereof) for example, in the political discourse that blindly sways conservative-leaning voters to support candidates with bad policies. Furthermore, triggering and deft political rhetoric lobbed from conservatives heightens hostility towards liberals, Frank theorizes. A lot has changed in the political landscape since Frank published the book over a decade ago, but the parallels to current issues are clear. I’ll be giving this a reread this month.” —Ashley Weatherford, associate beauty editor 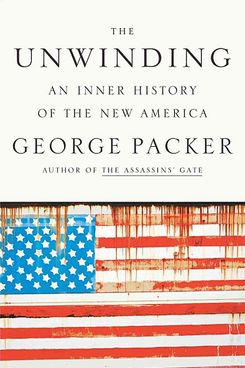 10. The Unwinding: An Inner History of the New America by George Packer
“Now feels like the right time to give Packer’s book a second read, if it at least to try to better understand what has just happened in America but to really grasp how the social breakdown of the political system has been happening for some time. Packer weaves together narratives and social dynamics ranging from a depressed, abandoned factory town, (Youngstown, O.H.), pop-culture influences (Oprah and Jay Z), Silicon Valley billionaires (Peter Thiel), Wal-Mart shoppers, food activist Alice Waters, and the incredible Elizabeth Warren. Reading this book the first time was quite painful in its honesty, but I can’t help but think of how insightful it will be to read a second.” —Rebecca Ramsey, style director 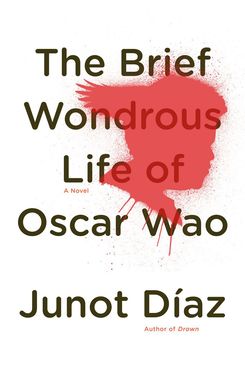 11. The Brief Wondrous Life of Oscar Wao by Junot Díaz
“It’s easy to forget systemic racism isn’t an issue unique to the United States. This book follows the life of an immigrant boy who moves to New Jersey, through the eyes of a sci-fi nerd trying to understand his own masculinity. Díaz traces Oscar’s family history and the repercussions of the Dominican dictatorship with humor and just the right amount of academic footnotes.” —Leah Rodriguez, producer 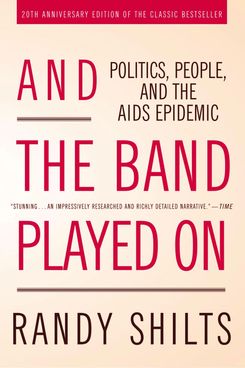 12. And the Band Played On by Randy Shilts
“Randy Shilts’s classic follows the stories of activists, doctors, and patients through the first years of the AIDS crisis. It’s a terrifying illustration of the human cost of politics — and a case study in how a vulnerable community gets organized to fight back.” —Molly Fischer, senior editor

12 Books to Help You Understand the Election Result