After World War I, photographer Curtis Moffat moved with his wife from New York to London, where he opened a photography studio with the British socialite and society photographer Olivia Wyndham. Over the next decade, Moffat’s stylish portraits of society women would capture the city’s “Bright Young Things” — a name the British tabloids gave to a raucous crowd of young bohemian aristocrats and socialites.

In the mid-1920s, Moffat photographed women like Lady Diana Cooper and the writer and anarchist Nancy Cunard, who wore an eccentric feathered hat for one portrait. He became famous for his portraits of Cecil Beaton, a fellow society photographer who went on to work for Vogue and a young Queen Elizabeth.

He also collaborated with artists like Man Ray to revive abstract approaches to photography, helping to pioneer both the Surrealist and Dada movements. Moffat often composed photograms, placing objects directly onto light-sensitive paper to create translucent, ghostly black-and-white images of insects, pieces of paper he cut into shapes, and gloves. He was a key figure in modernist interior and furniture design too, a passion which is also captured in his photography — in one iconic frame, he photographed Coco Chanel’s winding, mirrored staircase.

The book Curtis Moffat: Silver Society: Experimental Photography and Design, 1923-1935, out last week from Steidl, is the first publication to trace the photographer’s work, featuring 140 of Moffat’s photographs, including society portraits and photograms. Click ahead to preview the book. 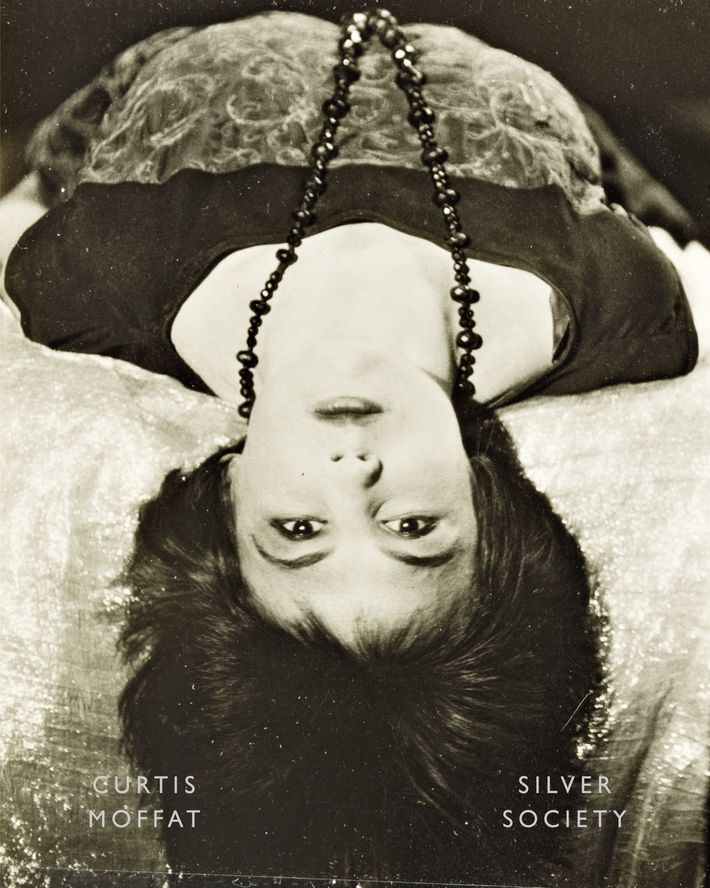 do i need this? Yesterday at 6:01 p.m.
The One Thing You Need From the Uniqlo x Marni Collab The Cut Shop team tried out almost everything and reached a unanimous conclusion.
drama Yesterday at 5:52 p.m.
Why Is Everyone Suddenly Talking About Something Navy? Social media is buzzing with rumors about influencer Arielle Charnas and her husband.
get it together Yesterday at 4:42 p.m.
The 9 Best Rolling Luggage, According to Frequent Fliers Including one that’s under $200.
ask a beauty editor Yesterday at 4:41 p.m.
‘Why Does My Mascara Always Smudge?’ Here’s how to set your formula up for success — and know when it’s time to move on and try another.
power Yesterday at 1:27 p.m.
Bill Cosby Sued Again Over Sexual-Assault Allegations Five women have filed a suit against Cosby and NBC under a newly enacted New York law.
your next move Yesterday at 1:00 p.m.
‘I Left a Toxic Company. Should I Warn Other Employees?’ As much as you may want to grab a sign and protest in front of HQ, this isn’t your fight.
politics Yesterday at 12:22 p.m.
Herschel Walker’s Son Thinks His Dad Deserved to Lose In a string of tweets, Christian Walker excoriated not only his dad but also the Republican Establishment.
2022 fashion year in review Yesterday at 10:00 a.m.
Celeb-Backed Products Got Wild This Year Would you buy a $2,000 cashmere shirt from Brad Pitt? How about an antimicrobial sponge from Eva Mendes?
breakout Yesterday at 9:34 a.m.
Madelyn Cline Wants to Prove You Wrong Like her Glass Onion character, Madelyn Cline is determined to prove there’s more to her than meets the eye.
By Hannah Jackson
crime Yesterday at 8:35 a.m.
An Ex-Cop Allegedly Catfished a Teen and Killed Her Family The former Virginia trooper was killed in a shootout with authorities in late November.
celebrity Yesterday at 8:35 a.m.
Nia Long and Ime Udoka Are No Longer Together News of the breakup comes three months after the Celtics suspended Udoka over an alleged affair with a staffer.
culture Dec. 6, 2022
What to Know About the Megan Thee Stallion Shooting Case As the trial approaches, a Los Angeles judge has released Tory Lanez from house arrest.
keeping up with the royals Dec. 6, 2022
Meghan and Harry’s Docuseries Certainly Looks Tense They are ready to tell all … again.
always shopping Dec. 6, 2022
Shopping for Texture: 21 Best Winter Accessories A very ASMR-friendly shopping guide.
why is your skin so good Dec. 6, 2022
How This Lip Bar Founder Gets Her Skin So Good Melissa Butler on why she loves a product that “does nothing.”
art basel Dec. 6, 2022
Pantone’s Color of the Year Is Pretty Gay Viva Magenta (a.k.a. Pantone 18-1750)!
in memoriam Dec. 6, 2022
10 Kirstie Alley Moments Permanently Burned Into Our Brains And thank God for that.
lawsuits Dec. 6, 2022
Amber Heard Is Appealing the Johnny Depp Verdict Arguing that the judge never should have allowed the case to go to trial in the first place.
crime Dec. 6, 2022
What We Know About Takeoff’s Killing A suspect has been arrested on a murder charge for the Migos rapper’s death.
self Dec. 6, 2022
There Could Be Bacteria in Your Fancy Laundress Detergent The luxury detergent line is facing a class-action lawsuit and recalled products that it found may contain elevated levels of bacteria.
More Stories