Audrey Hepburn wears a mini-dress by Mary Quant in Two for the Road, 1967. Photo: © William Klein

In 1953, when Hubert de Givenchy was asked to design Audrey Hepburn’s costumes for the movie Sabrina, he thought the studio meant Katharine Hepburn. At the time — months before Roman Holiday’s Oscar-winning release — Audrey Hepburn was about 23 and relatively unheard of. She and Givenchy still hit it off, choosing a black cocktail dress and a white organdy gown from the designer’s previous spring/summer collection for the film’s most iconic looks.

The new book Fashion in Film, out now from Laurence King, documents their partnership’s influence on the film and fashion industries, as well as stories of many other fashion designers who have shaped Hollywood, including Ralph Lauren, Karl Lagerfeld, Marc Jacobs, and Diane von Furstenberg. The 224-page collection showcases photographs and an array of colorful, iconic preliminary sketches — like an Yves Saint Laurent trench coat created for Catherine Deneuve in the 1960s, or Natalie Portman’s tutus and skirts created by Rodarte and Amy Westcott for Black Swan.

Click ahead to see a Prada sketch of Daisy Buchanan’s chandelier dress in The Great Gatsby, a black veil designed for Nicole Kidman, and a ruffled ball gown by Elsa Schiaparelli for Moulin Rouge in 1934. 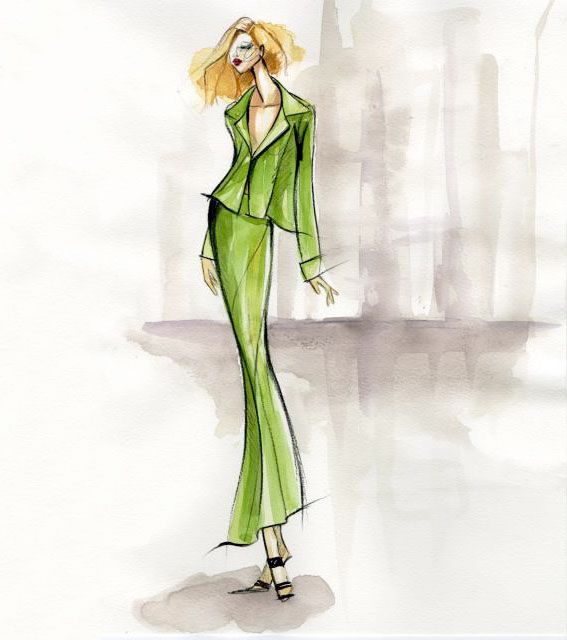 A sketch of Gwyneth Paltrow’s costume as Carla in Great Expectations, 1998.

A sketch by Elsa Schiaparelli for Moulin Rouge in 1934. 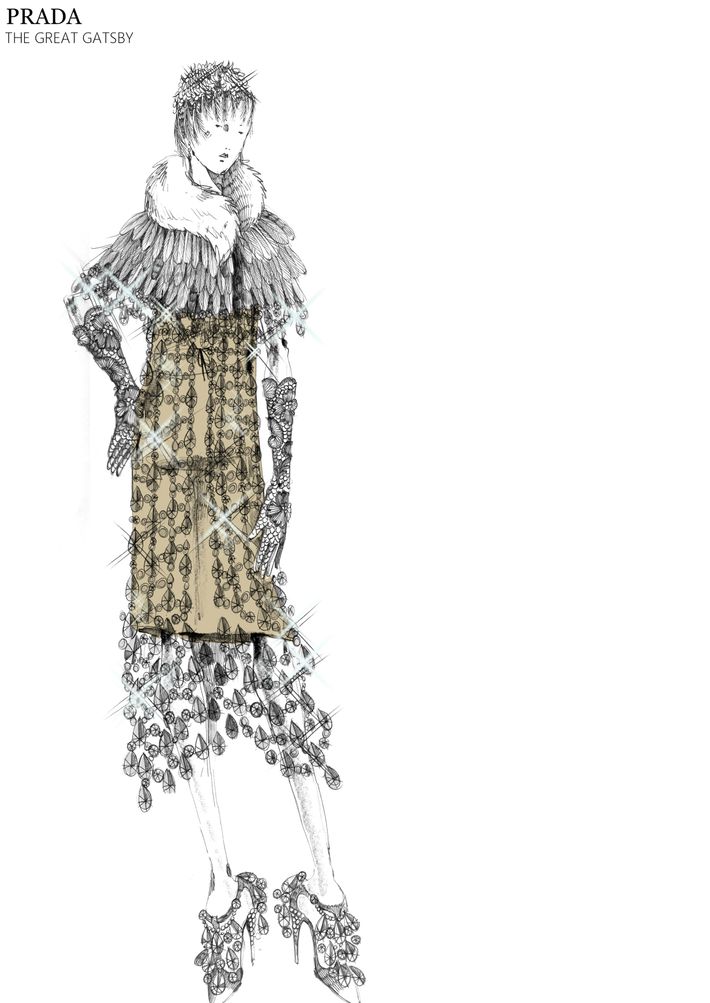 A Prada sketch of Daisy Buchanan’s chandelier dress in The Great Gatsby, 2013. 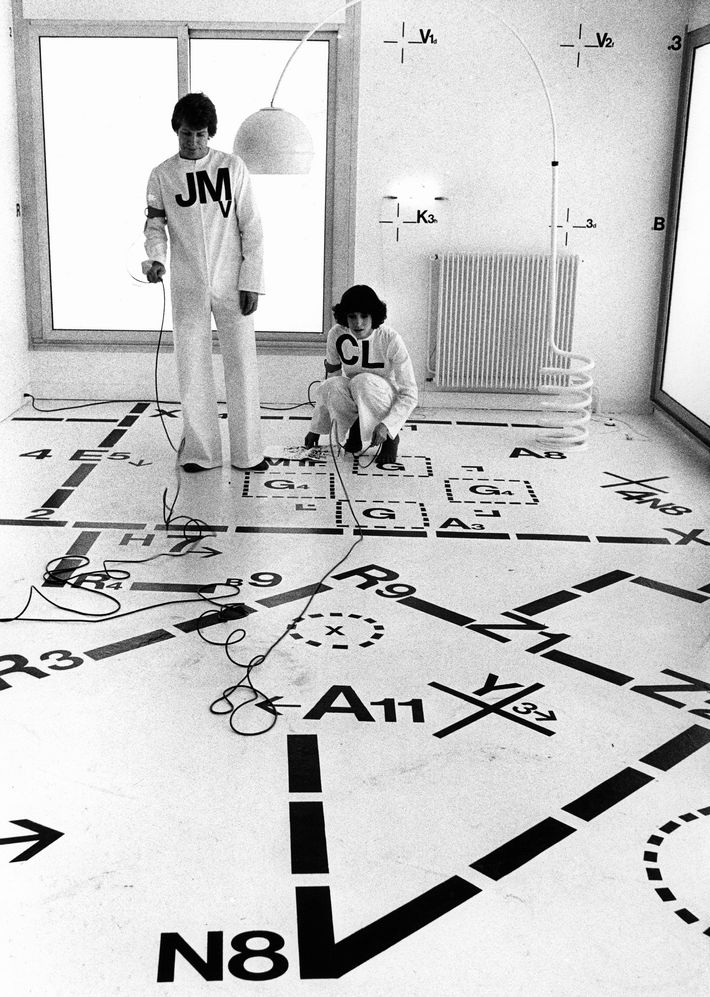 Agnès B designed these jumpsuits in The Model Couple, 1977 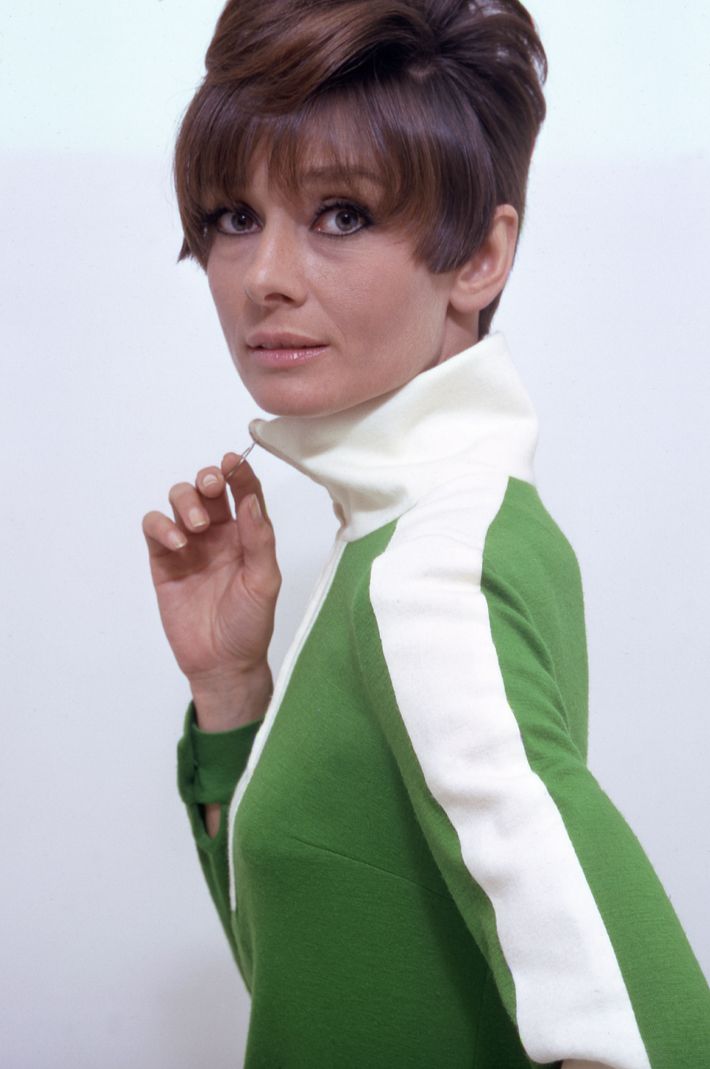 Audrey Hepburn wears a mini-dress by Mary Quant in Two for the Road, 1967. 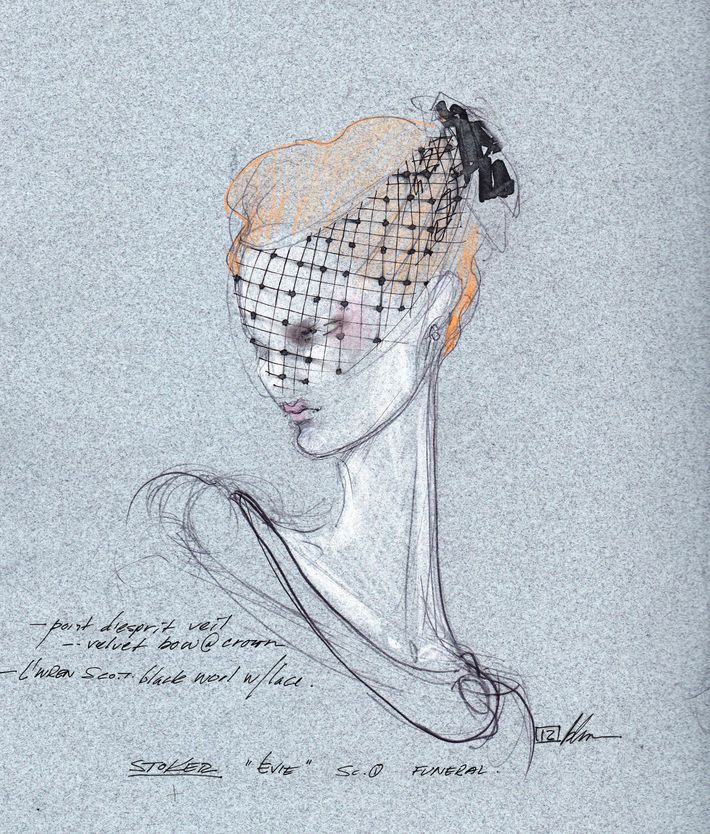 A sketch of Nicole Kidman’s veil by Bart Mueller for Stoker, paired with a L’Wren Scott dress, 2013. 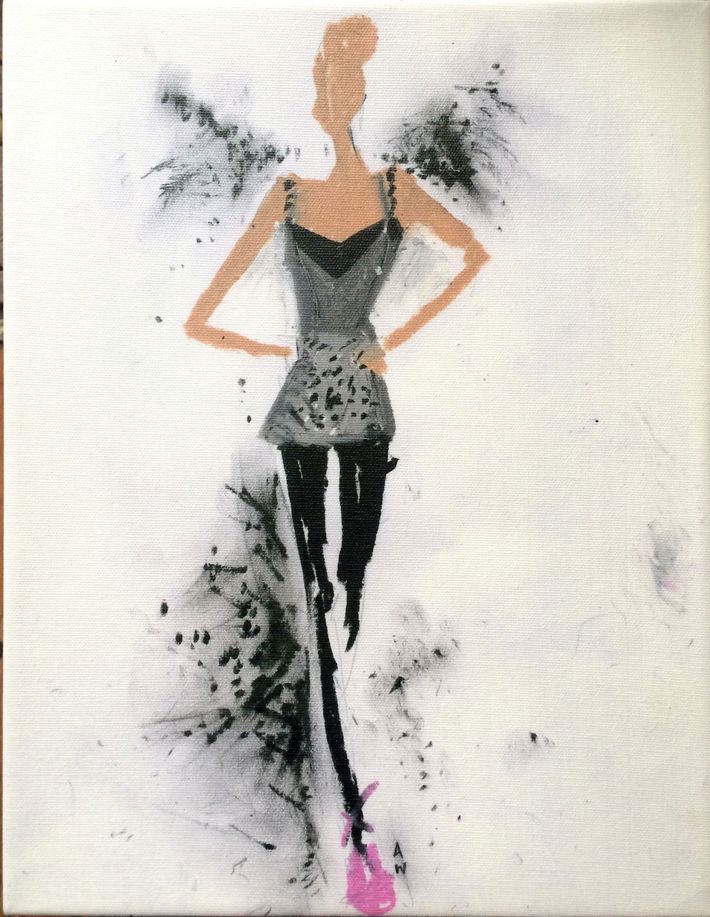 A costume sketch by Amy Westcott for Black Swan, 2010. Core ballerina costumes featured in the film were designed by Zack Brown. Rodarte also designed seven of the film’s ballet tutus. 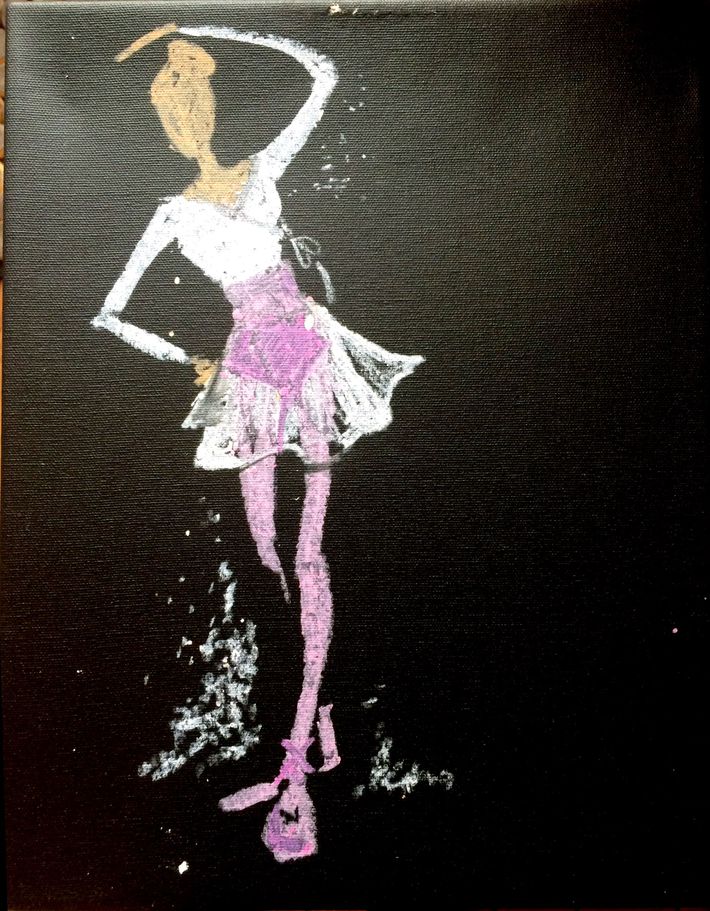 A costume sketch for Black Swan by Amy Westcott. 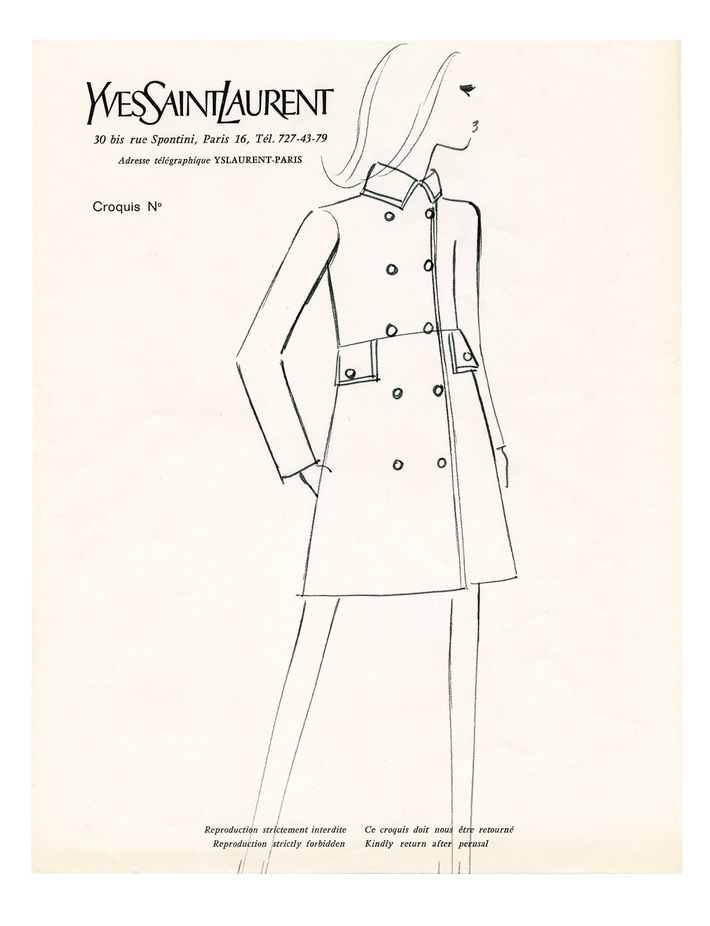 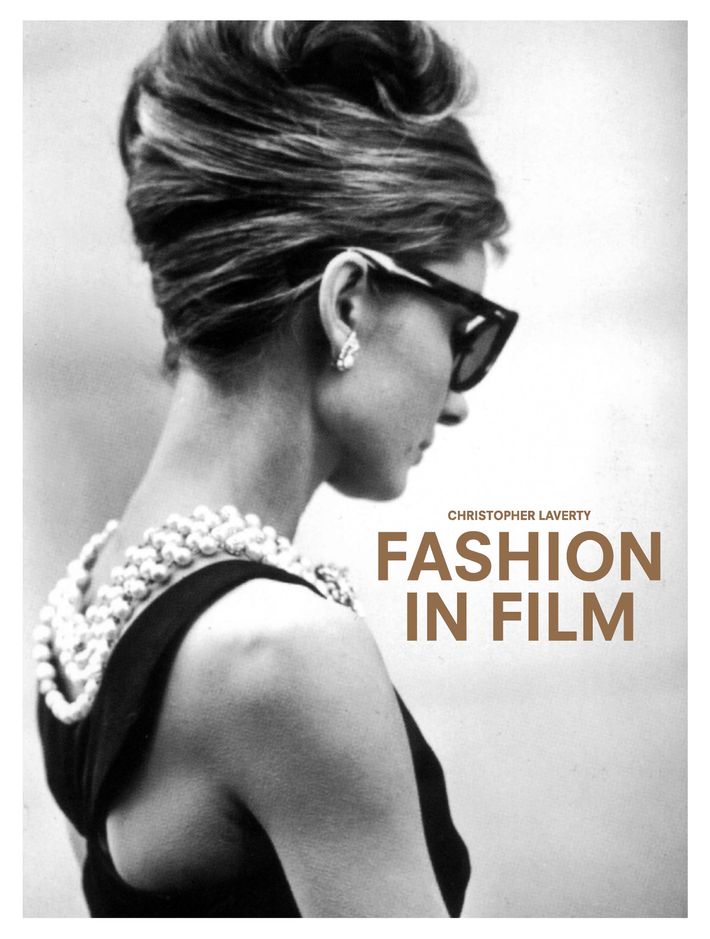 The cover of Fashion in Film, published by Laurence King.

See Who Dressed These Hollywood Starlets

i have questions 8:59 p.m.
We Need to Talk About David Harbour and Lily Allen’s Bathroom Why is there carpeting around the bathtub?
oh no 5:59 p.m.
Is This the End of Bed Bath & Beyond? The retailer is closing 87 locations and could be headed toward bankruptcy.
in her shoes podcast 3:43 p.m.
In a World Dominated by Filters, Paulina Porizkova Is Embracing Her Age  On this week’s episode of the Cut’s In Her Shoes podcast, the former supermodel talks aging, betrayal, and her career.
By the Cut
society pages 3:29 p.m.
The Whitney Art Party Gets Horn-y Go inside the museum’s astrology-themed event with Ashley Graham and Tracy Anderson.
healthcare 3:25 p.m.
Florida Wants to Force Student Athletes to Share Their Menstrual History The move raises concerns about potential legal repercussions for students suspected of having abortions.
obsessive tester 2:31 p.m.
30 Makeup Brushes Every Part of Your Face Will Enjoy Soft brushes at every price point.
academy awards 1:39 p.m.
Unpacking Andrea Riseborough’s Controversial Oscar Nomination Why are people so worked up about the actor’s grassroots campaign?
your next move 12:52 p.m.
‘I Hate My Cushy Job. Should I Suck It Up or Just Quit?’ The answer is right there in the question.
q&a 12:34 p.m.
Bethann Hardison Looks Back on Her Life With a New Documentary The activist and model spoke to the Cut about premiering Invisible Beauty at Sundance and why she refuses to use the term “Black excellence.”
finally 12:09 p.m.
Do I Feel Sad for Tom Brady Now? Having lost everything to football, the quarterback is finally retiring for real.
health and wellness 12:07 p.m.
Naomi Watts Wants You to Talk About Lube “What kind of Dry January have you had … Dry AF … am I right?”
marketing? 12:03 p.m.
Lingerie Ad Compares Bra to … Ryan Reynolds? Harper Wilde has pulled a truly bizarre endorsement (?) of their product.
spring fashion 12:00 p.m.
Everyone’s Dissolving Their Pillowy Filler Faces The filler era has ended. Now, everyone’s scooping out their face.
By Sangeeta Singh-Kurtz
why is your skin so good 11:47 a.m.
How This YouTube Beauty Executive Gets Her Skin So Good Chanel Tyler isn’t dubbed “the glow expert” for no reason.
beyonce 9:51 a.m.
Hope You’ve Been Saving for Beyoncé Tickets The Renaissance tour dates are finally here.
love and war 9:01 a.m.
What ‘Feminist Tinder’ Promised Bumble set out to make dating better for women. Did it deliver?
By Sangeeta Singh-Kurtz
ask a beauty editor 8:00 a.m.
‘I Love That Lipgloss Is Back, But Are There Any That Actually Last? ’ These are the longest-lasting glosses, according to experts. Follow their application tips if you want better wear.
spring fashion 8:00 a.m.
The Cool Tang of Ice Spice Visiting with New York’s princess of rap.
By Danya Issawi
celebrity Yesterday at 6:15 p.m.
Ashton Kutcher Finally Addressed Danny Masterson’s Rape Trial He hopes his That ’70s Show co-star is “found innocent of the charges brought against him.”
rust Yesterday at 4:00 p.m.
Everything We Know About the Rust Shooting Alec Baldwin and prop armorer Hannah Gutierrez-Reed have been charged with involuntary manslaughter.
More Stories