Photographer Richard Corman met Madonna in 1983, just after he’d finished an apprenticeship with Richard Avedon and three weeks before she released her eponymous début album. The two were introduced through Corman’s mother, who had cast the singer as “Cinde Rella” in a rock-music movie satire that, ultimately, was never produced.

Corman first photographed Madonna at her brother’s apartment in New York City, where the rising pop star lounged in ripped jeans and posed dramatically on the rooftop. One year later, in a wedding dress and white gloves, Madonna would famously perform “Like a Virgin” at the MTV Video Music Awards. Corman has since photographed public figures like Nelson Mandela, Robert de Niro, and Tilda Swinton, and worked with artists Jean-Michel Basquiat and Keith Haring before they were mainstream successes.

The limited-edition book Madonna 66, out today from publisher NJG Studio, features 66 previously unpublished Polaroids from Corman’s first shoot with Madonna, in 1983. Click ahead to preview the book. 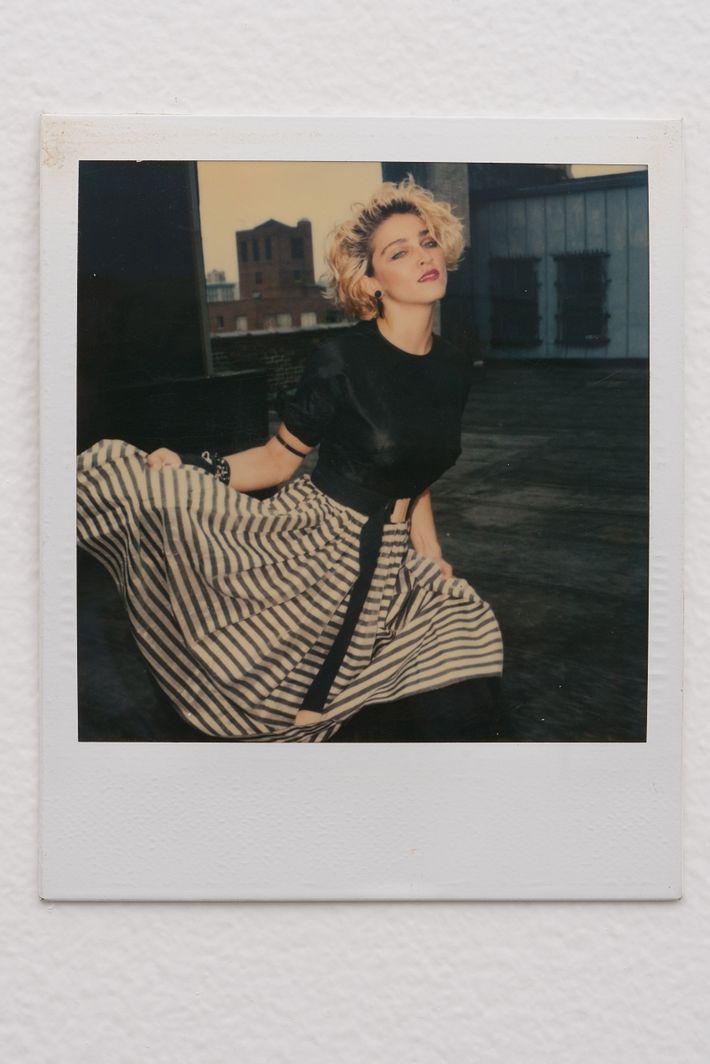 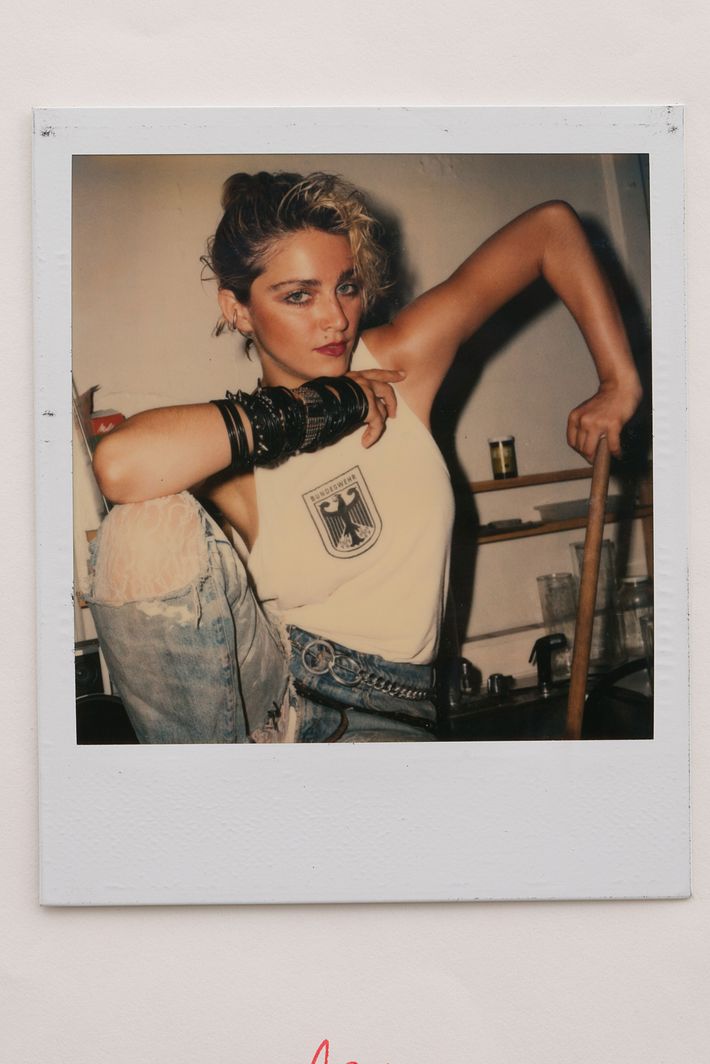 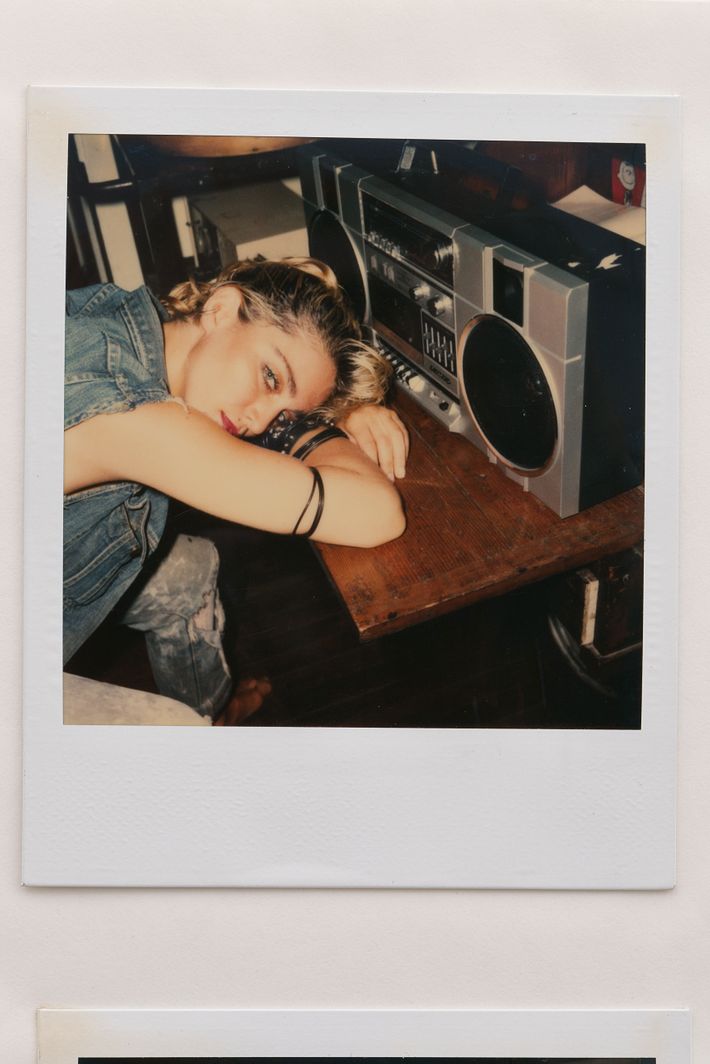 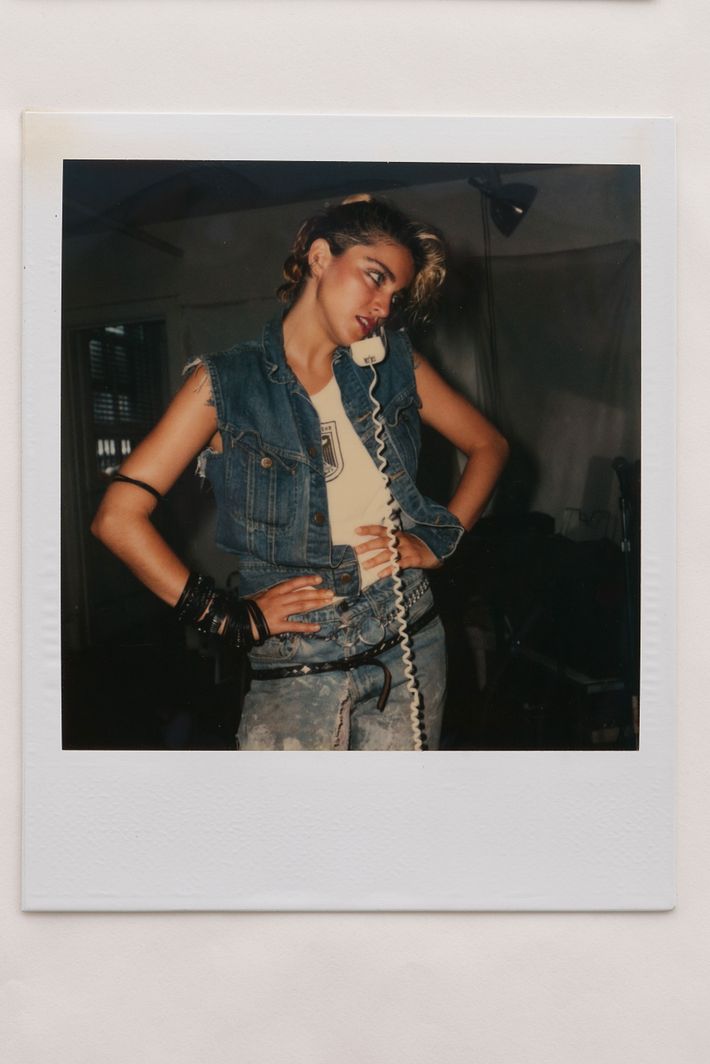 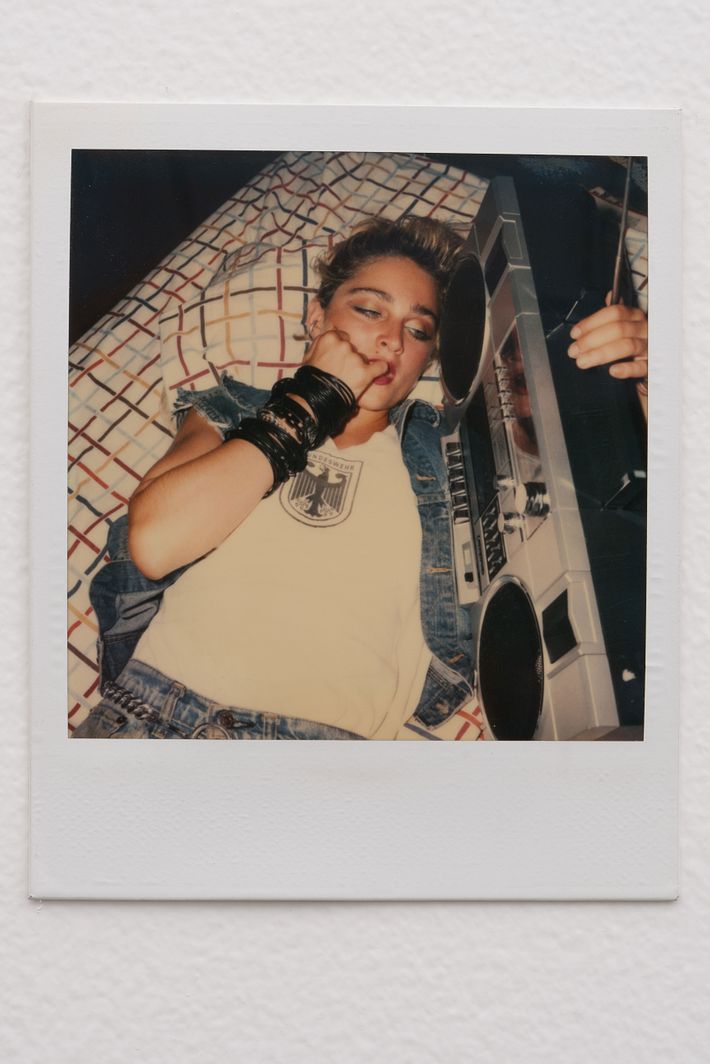 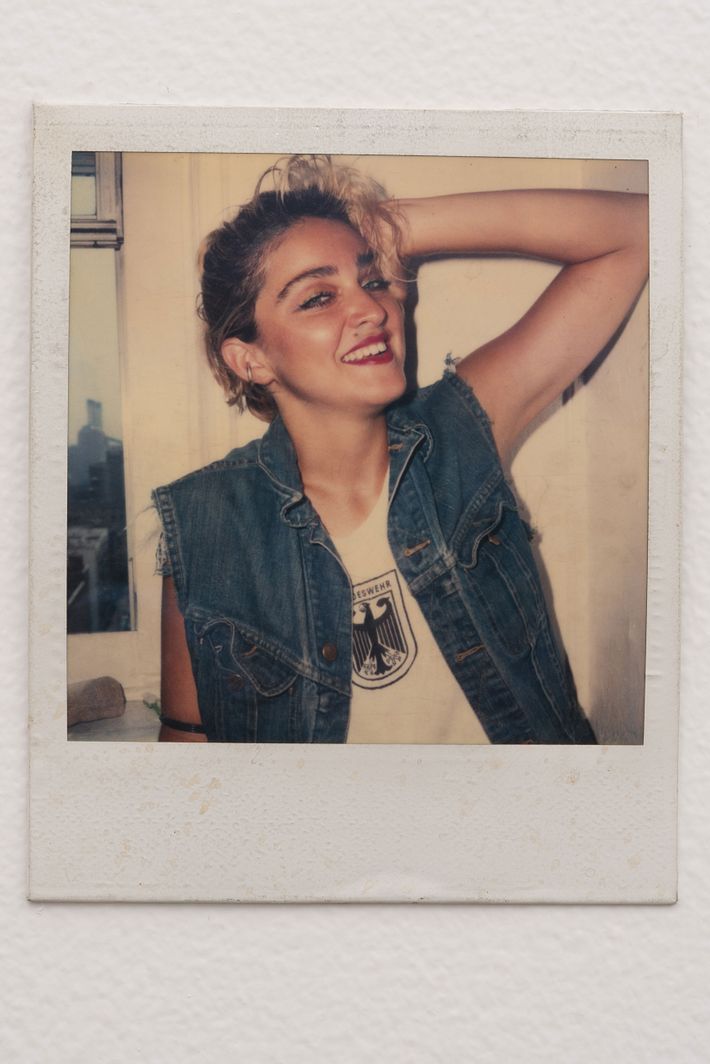 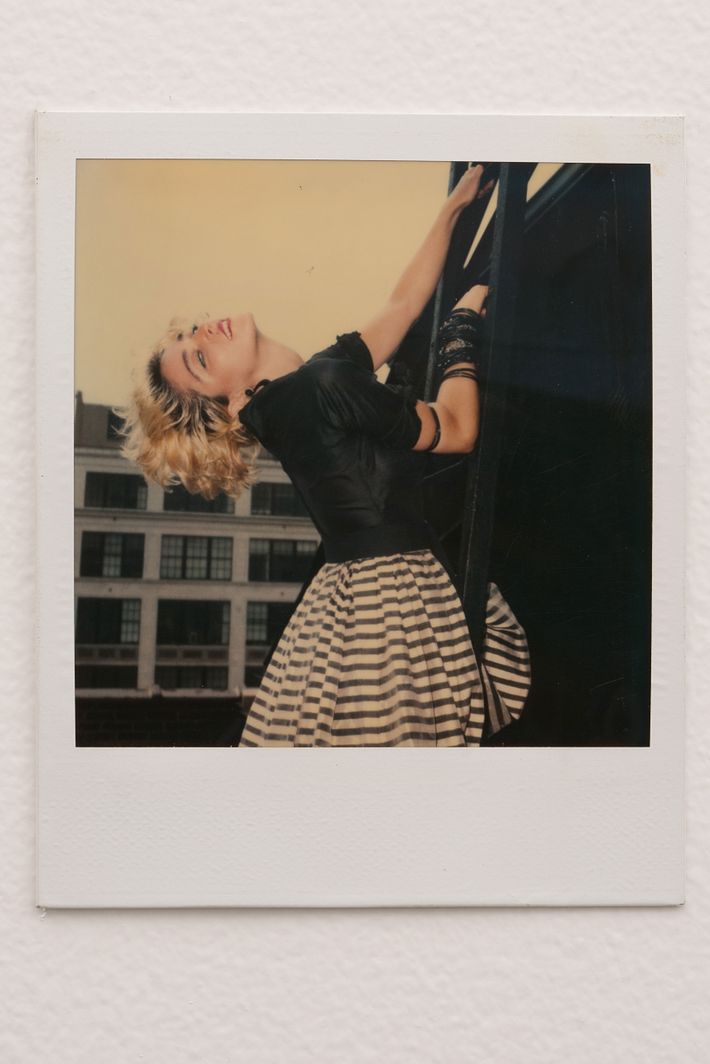 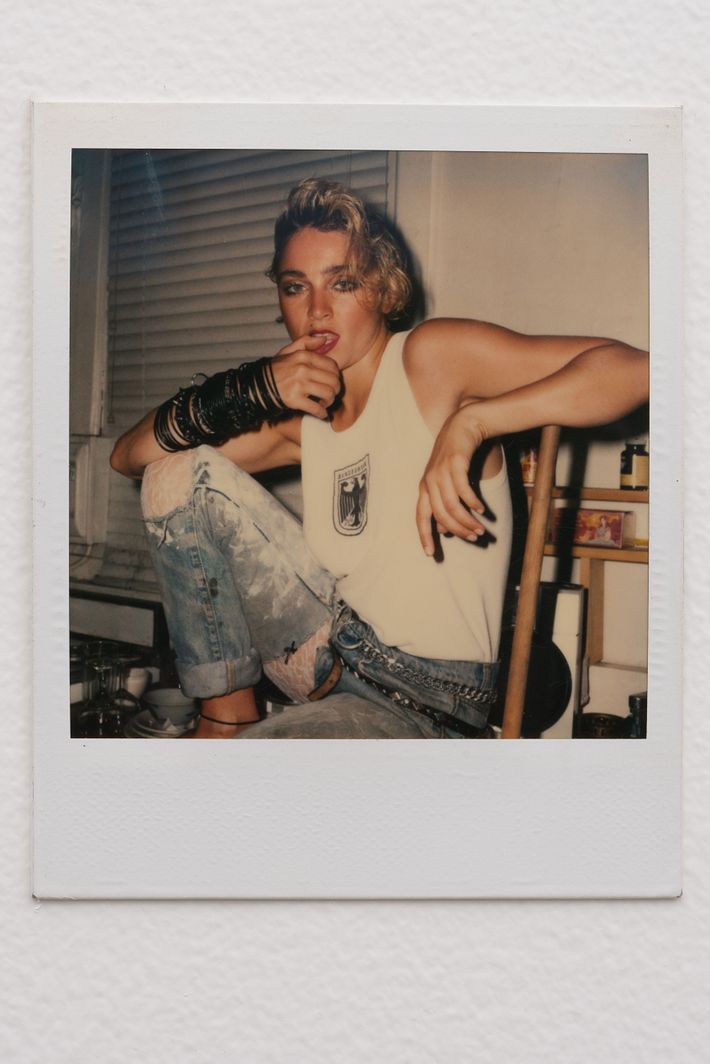 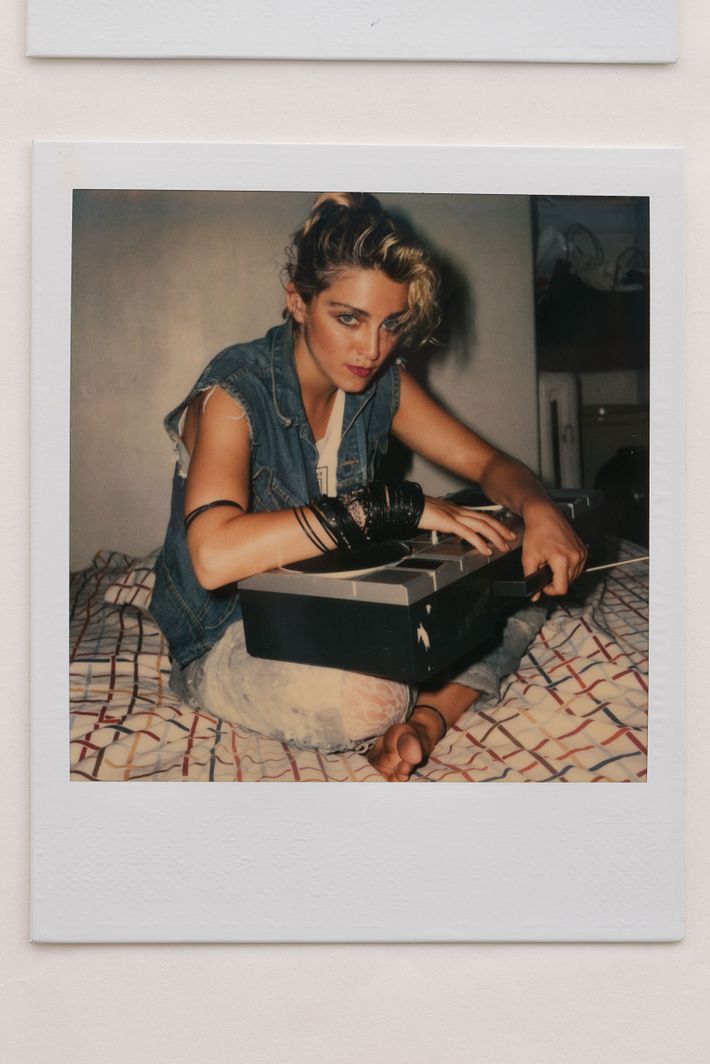 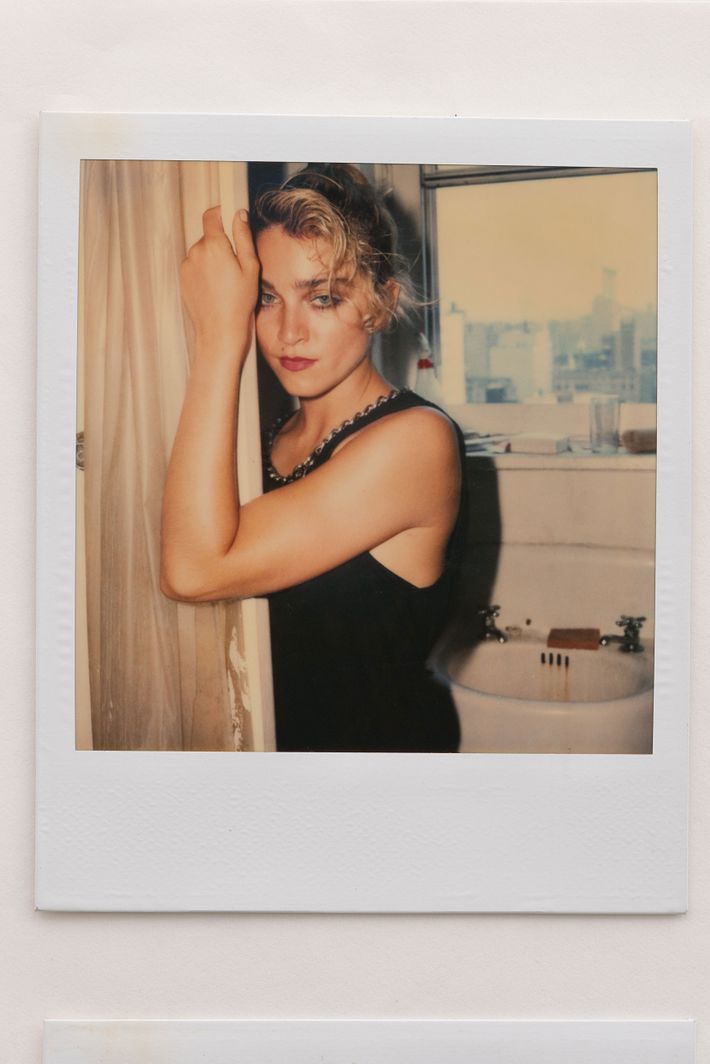 See Vintage Polaroids of Madonna Before She Was Famous

selling sunset 11:35 a.m.
Looks Like Jason Oppenheim Has Also Moved On Surprise: His new girlfriend isn’t an O Group agent.
celebrity 11:15 a.m.
Kim Kardashian Bravely Takes Shot On-Camera Behold, the face of someone who’s made a huge mistake.
extremely online 11:09 a.m.
I Can’t Shut Up About This Photo of Austin Butler’s Girlfriends Vanessa Hudgens and Kaia Gerber met each other long before they both dated Butler.
5 questions with... 11:09 a.m.
Chanté Adams Is Redefining A League of Their Own The star hits a home run in Prime Video’s new series.
parties! 10:46 a.m.
Beyoncé, Remi Bader, and More of the Bestest Party Pics This Week Celebrating the release of Renaissance, the launch of the Remi x Revolve collab, and more.
seeing someone 8:00 a.m.
Help! Both Women I’m Seeing Want to Be Instagram Official You don’t have to “launch” a relationship if you don’t want to.
By Randa Sakallah
accidents Yesterday at 8:05 p.m.
Anne Heche in a Coma, Under DUI Investigation, Following Car Crash According to a representative, she has remained in a coma since shortly after the accident.
style Yesterday at 7:01 p.m.
Hey Fashion Friend: How Do I Wear Fashion Cargo Pants? We provide you with 15 non-ironic pairs to go with your tiny shirts.
ugh why Yesterday at 4:16 p.m.
Britney’s Lawyer Has Some Words for Kevin Federline “Britney Spears is a brilliantly talented, extremely hardworking icon … The same, unfortunately, cannot be said about Mr. Federline.”
sigh Yesterday at 4:00 p.m.
Male Actor Doesn’t See the Point of Intimacy Coordinators Emma Thompson and Kumail Nanjiani disagree.
5 questions with... Yesterday at 3:27 p.m.
Gugu Mbatha-Raw Takes on the Neo-Noir In Surface, she plays an amnesiac trying to uncover her truth.
wtf Yesterday at 2:42 p.m.
Watch Kathy Hilton Learn Lizzo Is Not Gabourey Sidibe It’s as cringe as it sounds.
panties we love Yesterday at 1:00 p.m.
Kim Kardashian on How She Made Her Skims Underwear A deep dive with Kardashian on what makes Skims panties so special. (Hint: It’s the fit.)
underneath your clothes Yesterday at 1:00 p.m.
The Best Backless Bras for Every Cup Size From plunging necklines to nipple covers and boob tape, there’s one for every outfit.
By Leora Herman
millie bobby brown Yesterday at 12:38 p.m.
Millie Bobby Brown Opens Up About ‘Unhealthy’ Relationship With Hunter Echo She says she felt “out of control and powerless” after the TikTok star claimed to have groomed her as a minor.
obsessive tester Yesterday at 11:06 a.m.
The Absolute Best Mascaras of All Time For every budget and need.
parenting Yesterday at 11:00 a.m.
My Queer Family vs. the Supreme Court If SCOTUS comes for marriage equality next, will I still be considered my son’s mother?
By Michelle Tea
allegations Yesterday at 10:21 a.m.
Unpacking the Allegations Against Ezra Miller Vermont police are unable to locate a woman and her three children who were living at Miller’s farm earlier this summer.
celebrity Yesterday at 8:47 a.m.
Olivia Wilde Didn’t Appreciate Being Served Custody Docs Onstage In new court docs, she said ex Jason Sudeikis “clearly intended to threaten me.”
my two cents Yesterday at 8:00 a.m.
‘I’m Good at Saving, But I’m Still Miserable’ Not to oversimplify matters, but what if you thought about money less?
By Charlotte Cowles
More Stories