The Science of Us team gets so many science books sent to our desks that we could construct a decent-sized fort out of them. Perhaps one day we will. For now, however, we have sorted through the piles and emerged with our very favorites, all published this year, and presented here in no particular order. 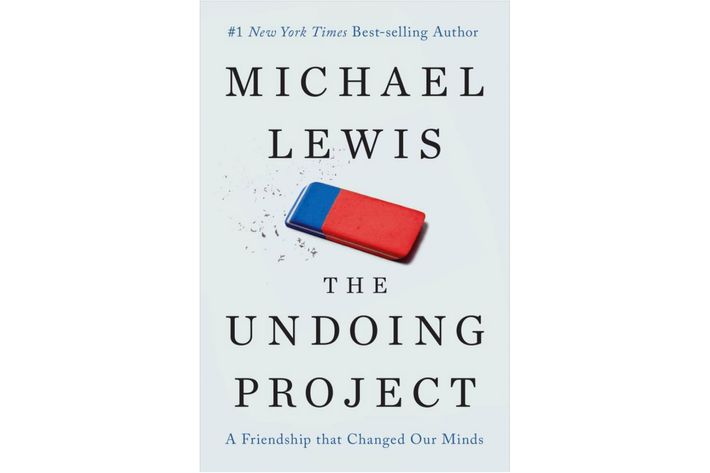 The Undoing Project: A Friendship That Changed Our Minds by Michael Lewis
“If you have any interest in the science of human judgement, decision-making, bias, and irrationality, you need to read Lewis’s latest. In it, he traces the story of the profoundly important friendship and collaboration between Israeli psychologists Danny Kahneman and Amos Tversky, who rewrote the ‘rules’ of human nature — that’s the undoing in the title — by asking a bunch of brilliant questions about how people think that no one else had thought to ask. In addition to telling an entertaining, emotionally resonant story of a white-hot intellectual bromance (sorry), The Undoing Project does a nice job explaining why powerful leaders can be so resistant to input from psychologists and other wonks. It’s a point which, uh, might end up mattering a lot in 2017.” —Jesse Singal, writer-at-large 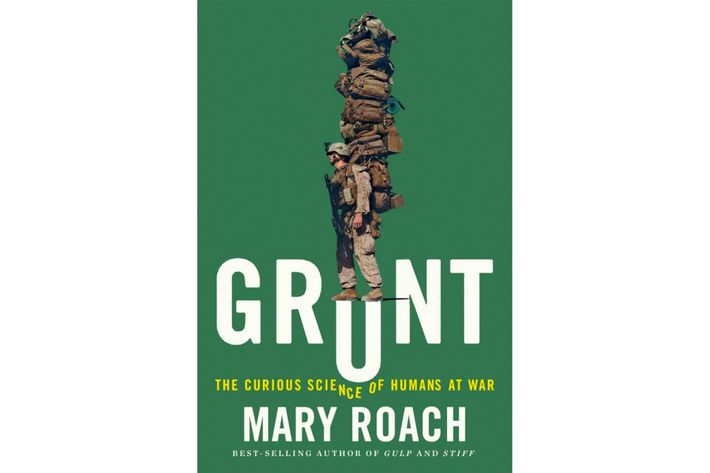 Grunt by Mary Roach
“Roach pulls off something pretty remarkable with this book: making the scientific challenges of warfare seem familiar, even intimate, to those of us whose day-to-day lives have little to no overlap with the military. Each chapter is a reminder that many of the enemies that soldiers face on the battlefield can resemble things that plague the rest of us, too: fatigue, heat, noise pollution. The difference, as Roach illustrates so vividly, is in the stakes: In civilian life, diarrhea can be an embarrassing reason for calling in sick; in war, even today, it can be a killer. And, yes, it can also be funny, which speaks to one of Grunt’s greatest strengths — finding humor and empathy in science that, at first glance, seems deadly serious.” —Cari Romm, associate editor 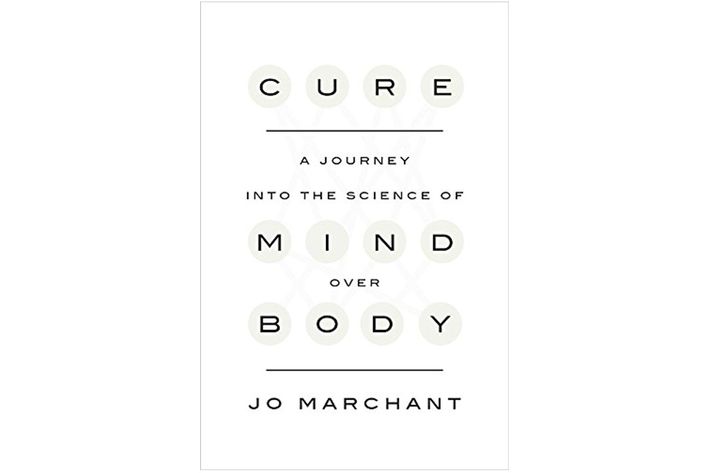 Cure by Jo Marchant
“I sped through this book like a college kid behind on the week’s reading, as I had an interview scheduled with Marchant and I was woefully behind on prepping for it. The story went up, and I assumed that would be that for me and Cure. Instead, I’ve found myself returning to it often, referencing it when I’ve written about why medication may not always be the best way to treat chronic pain, or about the slipperiness of the term “placebo effect,” or about the surprising efficacy of hypnosis as a treatment for pain, IBS, and other ailments. True, few people at this point would take the full Cartesian view that mind and body are wholly separate from each other; most would concede that something like stress, for instance, takes a physical toll on the body as well as a psychic one. ‘But there’s still the hangover from that sort of way of thinking about the mind and the body as two different things,’ Marchant told me. ‘Of thinking of the mind … [as] being less real, and therefore an unsuitable topic for scientific research.’ Her book will convince you otherwise.” —Melissa Dahl, senior editor 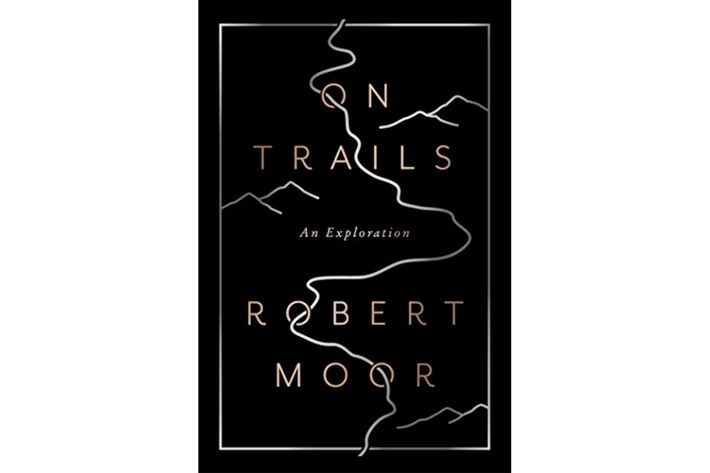 On Trails: An Exploration by Robert Moor
“This book is about so many things: about breaking down the binary between ‘humanity’ and ‘nature,’ ‘civilization’ and ‘the wild.’ It’s an exploration of exploring, a philosophical-psychological-journalistic adventure in the tradition of Michael Pollan and Rebecca Solnit. You will learn about how humans (and other species!) externalize their memories through the paths they make, the tricks of the trade in herding sheep, and the weird, profound, and deeply American history of the Appalachian Trail. Not all who wander are lost, and Moor helps us see what they seek.” —Drake Baer, senior writer 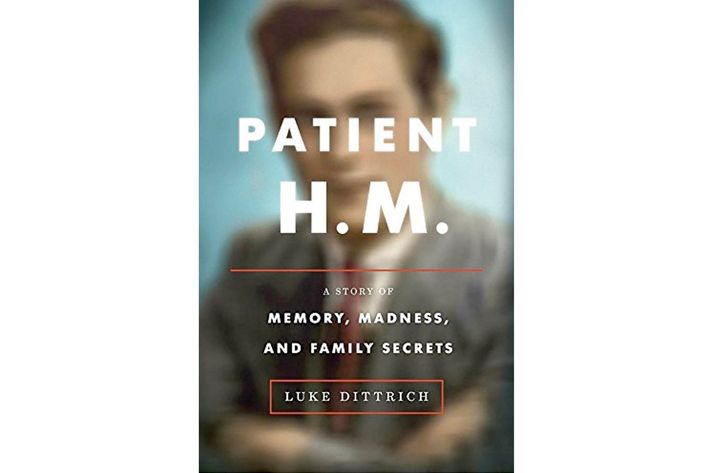 Patient H.M. by Luke Dittrich
“At first, it’s not clear exactly why we need to know more about Patient H.M., the world’s most famous amnesiac and a mainstay in every Psych 101 textbook. H.M., whose full name was Henry Molaison, developed epilepsy after a childhood head injury; by the time he was in his 20s, his seizures were so severe that his doctor suggested a medial temporal lobotomy. And then it becomes clear why this book exists, and why Dittrich was the one to write it: The doctor who performed Molaison’s lobotomy is Dittrich’s grandfather. The book is a fascinating combination of family secrets and history of science; much of it also happens to read like a thriller.” —M.D.

5 Science Books We Loved This Year

lawsuits 12:29 p.m.
Amber Heard Is Appealing the Johnny Depp Verdict Arguing that the judge never should have allowed the case to go to trial in the first place.
crime 12:14 p.m.
What We Know About Takeoff’s Killing A suspect has been arrested on a murder charge for the Migos rapper’s death.
self 11:40 a.m.
There Could Be Bacteria in Your Fancy Laundress Detergent The luxury detergent line is facing a class-action lawsuit and recalled products that it found may contain elevated levels of bacteria.
always shopping 11:13 a.m.
It’s Time to Invest In a Camel Coat Here are 17 for every budget.
celebrity couples 10:30 a.m.
This Good Morning America Romance Keeps Getting Messier It appears T.J. Holmes and Amy Robach’s flirty relationship got them taken off the air.
obits Yesterday at 8:47 p.m.
Kirstie Alley, Cheers and Drop Dead Gorgeous Star, Dead at 71 She led two hit sitcoms, Cheers and Veronica’s Closet.
get it together Yesterday at 6:15 p.m.
What Are the Best Bedsheets? We came up with a simple list of ten very good options.
this thing's incredible Yesterday at 4:30 p.m.
The Bespoke Photo Album I Plan to Give My Mom Choose pictures straight from your iPhone and get your keepsake album days later.
By Leah Bhabha
holiday gifts Yesterday at 3:48 p.m.
22 Gifts That Keep On Giving Whether they’re bandanas for abortion rights or cutting boards to feed the elderly.
art basel Yesterday at 3:20 p.m.
Going Viral at Miami Art Basel 2022 New or old, the work at this year’s art fair was undoubtedly presented with TikTok in mind.
By Marlowe Granados
are u coming? Yesterday at 2:57 p.m.
Kehinde Wiley Threw a Bougie Basel Fish Fry With Chaka Khan And Anna Delvey is now an … artist!
By Brock Colyar
power Yesterday at 2:05 p.m.
What to Know About the Protests in Iran Since Mahsa Amini’s death, Iranian forces have killed more than 400 protesters — including many women and children.
fashion Yesterday at 1:29 p.m.
What to Know About the Balenciaga Ad Scandal The fashion house is under fire for two separate campaigns that consumers say promote child exploitation.
world cup hottie Yesterday at 12:29 p.m.
I’m Watching the World Cup Only for Memphis Depay The Dutch forward (and Lori Harvey’s ex) can get it on and off the field.
keeping up with the royals Yesterday at 10:13 a.m.
Meghan and Harry’s Docuseries Certainly Looks Tense They are ready to tell all again.
chaos Yesterday at 9:14 a.m.
Swifties Are Suing Ticketmaster Over the Eras Ticket Fiasco “Ticketmaster messed with the wrong fan base.”
reasons to love new york Yesterday at 8:00 a.m.
New York Attracts the World’s Most Beautiful People  The only person hotter than my doula and my barista? My mom’s doorman.
By Alyssa Shelasky
reasons to love new york Yesterday at 8:00 a.m.
Bossa Nova Civic Club, Bushwick’s ‘Techno Cheers,’ Came Back You can’t burn down cool.
reasons to love new york Yesterday at 8:00 a.m.
There’s Always Room for a Few More New Yorkers Meeting asylum seekers at Port Authority.
reasons to love new york Yesterday at 8:00 a.m.
No Matter Where You Live, New Yorkers Can Help You Get an Abortion And we’ll pay for it, too.
More Stories