This holiday season, we’re distracting ourselves from election news by burying our heads in some great works of escapist fiction, from Frank Herbert’s sci-fi epic Dune to Diana Gabaldon’s Outlander series. Some of us are picking up buzzy new novels, like Zadie Smith’s Swing Time, while others are settling in with old favorites, like Eve Babitz’s 1977 short-story collection Slow Days, Fast Company and Jesmyn Ward’s 2011 Hurricane Katrina novel, Salvage the Bones (per Dayna Evans, “the best book you will ever read). Check out all the books we’ve recommended so far this year here. 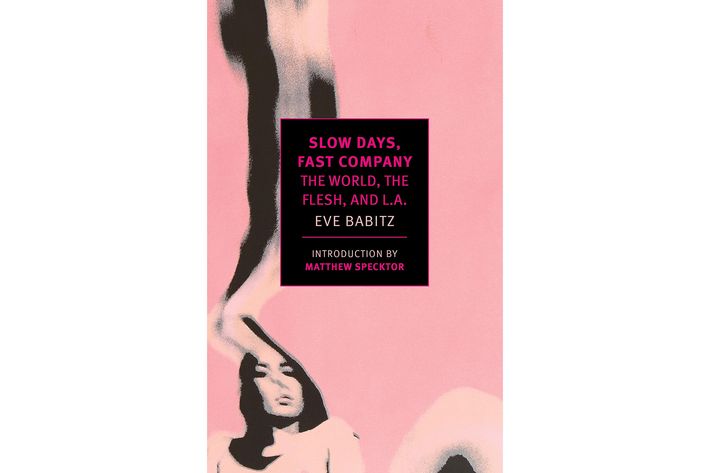 1. Slow Days, Fast Company: The World, the Flesh, and L.A. by Eve Babitz
“This is maybe one of my favorite books I’ve read this year. It follows a woman around on her adventures (and misadventures) with lovers and friends in 1960s L.A., and it’s full of passing reflections on different aspects of everyday life — sensations I’ve had without ever knowing how to put them into words (“You know that when you have dinner with a girlfriend, you’re going to come home a whole human being.”). It’s fun, engaging, and thoughtful all at once. It’s the type of book you miss once you’ve finished it.” —Aude White, publicist 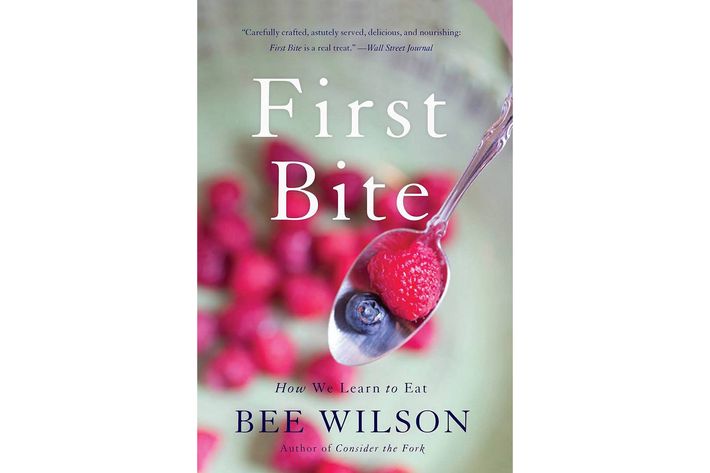 2. First Bite by Bee Wilson
“If you’ve ever spent time around someone who has a disordered relationship with food, then you know there’s no straightforward answer to the question ‘Why do you eat the way you do?’ Using a ton of research, Bee Wilson explains why we venerate certain foods and hate others, why men and women have different eating problems, and why some people can go their entire adult lives without consuming a vegetable. She focuses on how children learn to eat, but this isn’t a parenting book: I came away with a better understanding of how my kid eats, but also how my mom eats, how my husband eats, how the entire nation of Japan eats, and yes, where my own food biases lie.” —Izzy Grinspan, senior editor 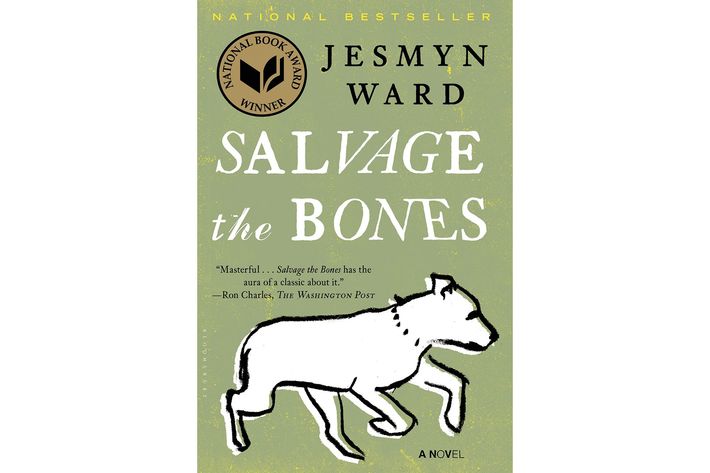 3. Salvage the Bones by Jesmyn Ward
“This book is a few years old now (and Jesmyn Ward has, since its release, edited The Fire This Time, another must-read), but I promise you it is the best book you will ever read. I’ll say no more. Just read it. Thank you.” —Dayna Evans, staff writer 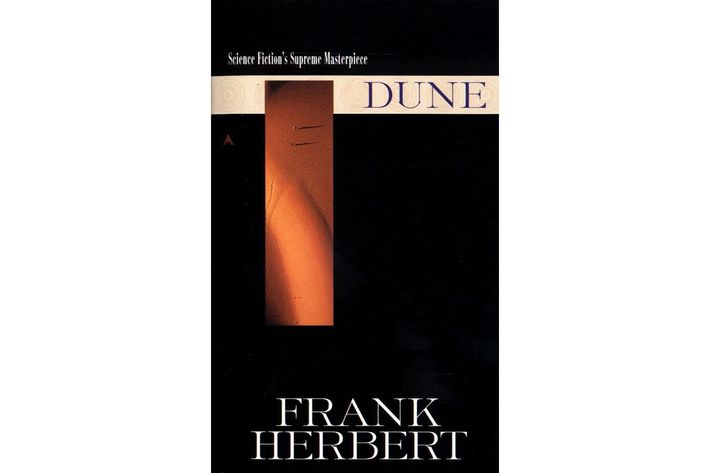 4. Dune by Frank Herbert
“I’ve been on a sci-fi kick since the election — what better way to distract yourself from the tangled web of political problems we face than by losing yourself in a fictional world where things are much worse? The Dune series is one of the most important in the sci-fi canon, and in the first tome in the series (it’s 800 pages, plus an appendix), Herbert begins the story of Paul, a 15-year-old boy who’s destined to become a religious prophet with superhuman senses and the ability to see the future. He and his family are stranded on a desert planet, and the novel follows him as he comes into his own and plots to take down the galaxy’s evil emperor, who conspired with another royal family to wipe out his bloodline. The whole thing is very Game of Thrones, except it’s set in outer space and full of terms like ‘hunter-seeker’ and ‘thopter’ and ‘Sardaukar in Harkonnen uniform.’ Election? What election?” —Claire Landsbaum, staff writer 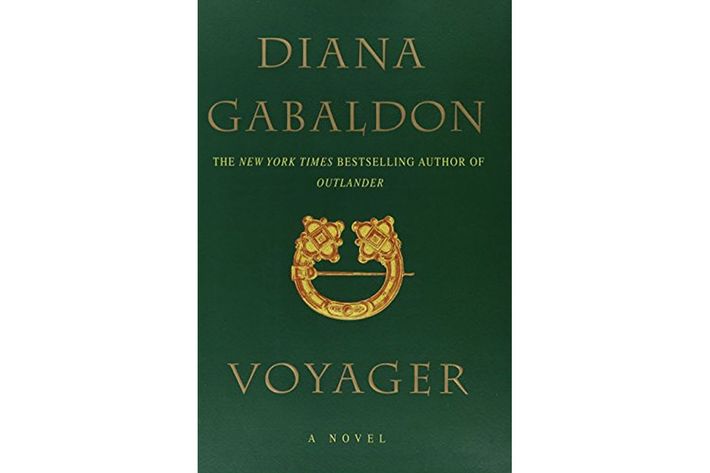 5. Outlander: Voyager by Diana Gabaldon
“The third book in the Outlander series starts off as a whiplash back-and-forth between Jamie’s misadventures in the aftermath of the battle of Culloden and Claire’s 1968 search to find out whether he survived the battle. She’s accompanied by her adult daughter Briana, who’s not psyched to discover that she’s the product of a marriage between her modern-day mom and a rakish, tormented ginger in the 1700s. There seems to be decidedly less boning in this book than in the first or even the second, which I hope Starz, uh, rectifies, and while I’m not too far into the tome — these are giant books, y’all — I have a strong feeling Claire is once again going to swoop in and save Jamie’s fine ass.” —Jenni Miller, weekend editor 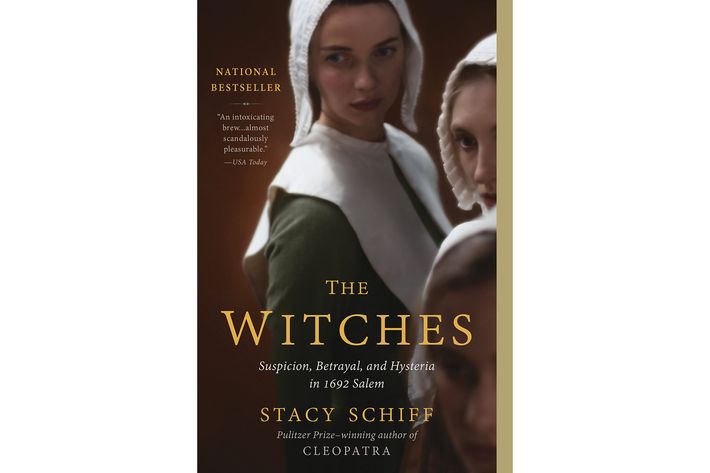 6. The Witches: Suspicion, Betrayal, and Hysteria in 1692 Salem by Stacy Schiff
“I enjoyed Schiff’s biography of Véra Nabokov and am finally getting around to her book on the Salem witch trials. The hysteria, paranoia, and show-trial atmosphere is admittedly not the most calming reading right now, but Schiff unearths so many crazy details about the trials (including how PTSD may have played into the fact that young girls were accusing everyone around them of being witches) that I can’t stop dipping into it.” —Véronique Hyland, senior fashion news editor 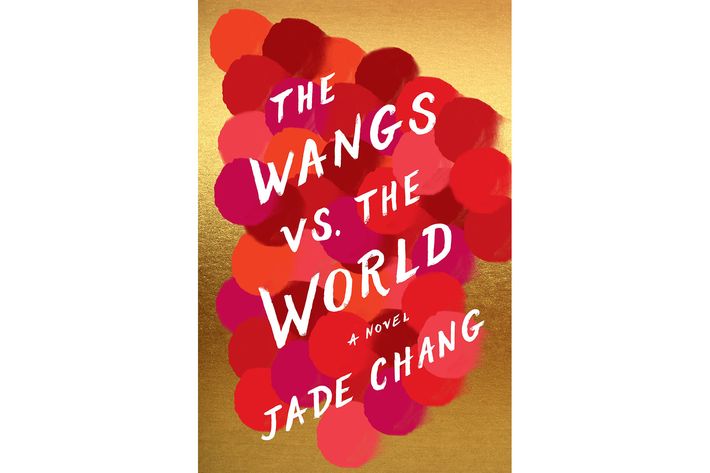 7. The Wangs vs. the World by Jade Chang
“I read Jade Chang’s buzzy debut — about a Chinese-American family that ends up stuck on a cross-country road trip following the father’s financial ruin — all at once during a plane ride, unable to put it down because I couldn’t wait to find out what happened next. It’s both deeply funny and moving — highly recommended.” —Gabriella Paiella, staff writer 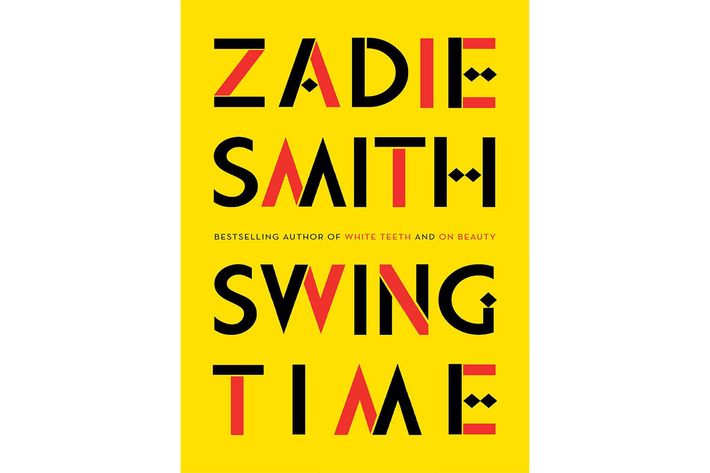 8. Swing Time by Zadie Smith
“The fifth novel from Zadie Smith follows the lives of two dance-loving brown girls living in 1980s England. After they meet in tap class as children, Tracey grows up to become a semiprofessional dancer, and the unnamed narrator takes a whirlwind job as a famous pop star’s personal assistant. Swing Time explores themes of race, class, fame, and female friendship without being heavy-handed, and the story is engaging enough that you’ll temporarily forget you haven’t looked at your phone in the past five minutes (the hallmark of any great book).” —Jessica Roy, news editor 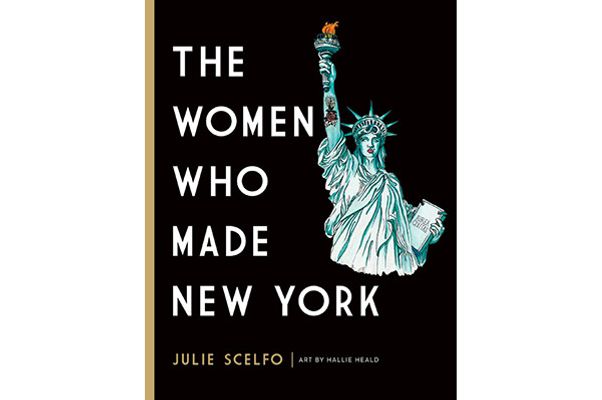 9. The Women Who Made New York by Julie Scelfo
“This is both an interesting read and a nice coffee-table book, with illustrations by a young artist named Hallie Heald. Julie Scelfo shares new, previously untold stories about famous women who made the city a cultural capital, including Brooke Astor, Grace Jones, Diane Arbus, and Yoko Ono. But I loved her deeply reported profiles of ordinary women even more. Example: Emily Warren Roebling, who completed construction of the Brooklyn Bridge after the chief engineer (her husband) got sick. (You can preview the book here!)” —Catie L’Heureux, associate managing editor 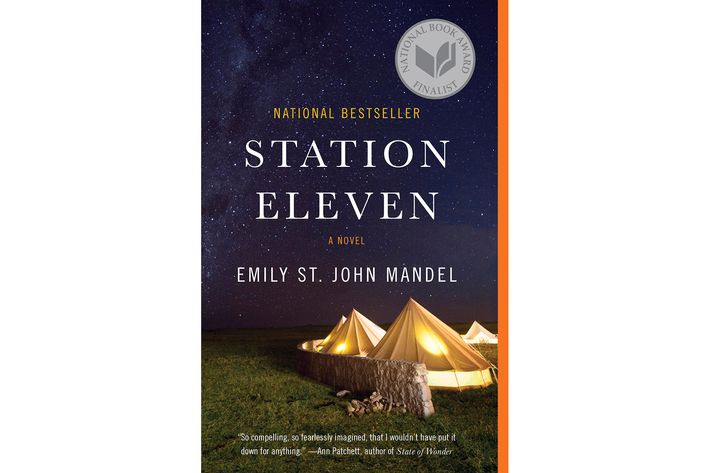 10. Station Eleven by Emily St. John Mandel
“Station Eleven, which came out a couple of years ago, is about a horrible flu that essentially destroys civilization. It focuses on a traveling symphony of survivors as well as a sociopath who considers himself to be a prophet. The dystopian vibe seems to be pretty fitting with the current climate, and the book is an engrossing read that leaves you wondering whether you’d survive when society falls apart.” —Lisa Ryan, staff writer