In the 1980s, fashion photographer Mario Testino shot a woman’s haircut for British Vogue. It was one of his first professional assignments and somewhat of a signifier, as he continued to photograph women throughout his career: Princess Diana, Beyoncé, Kate Moss, Naomi Campbell, and many others.

But Testino flipped this focus in his book SIR, published by Taschen, which showcases 300 photographs of men — his largest published collection to date. The tome explores the evolution of masculinity in the fashion world over the past 30 years, featuring portraits of Brad Pitt, George Clooney, David Bowie, models, and more celebrity men.

“It has been a surprise to see now just how many different kinds of pictures of men I’ve taken over the past thirty years,” Testino writes. “I think the way men are seen in photography, in fashion, and the way that men look at pictures of themselves has changed in recent years. It is a subject that has come into focus: The masculine image, a man’s personal style, changing attitudes to the male face and body.”

Click ahead to see Karl Lagerfeld, David Beckham, Orlando Bloom, and more fashion spreads in the slideshow ahead. 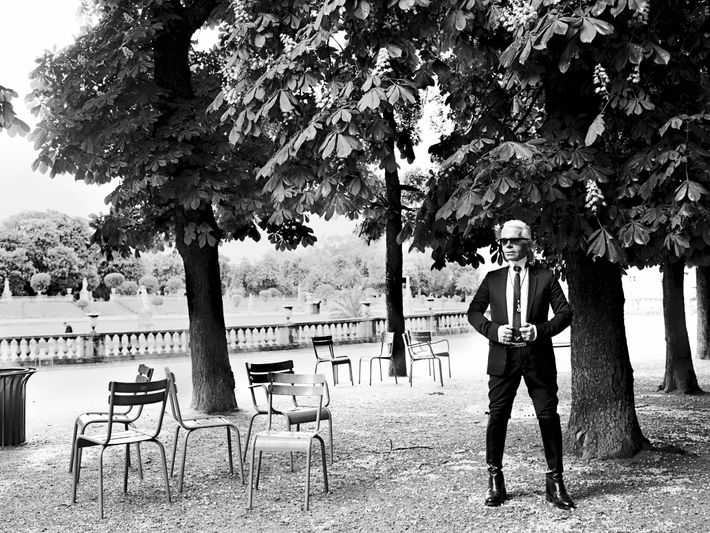 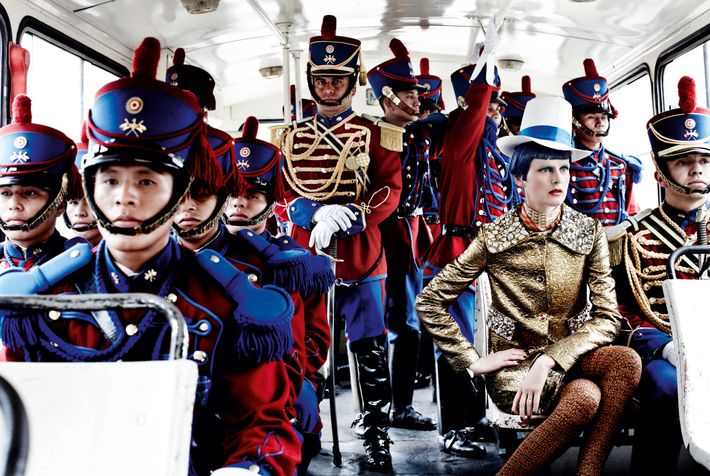 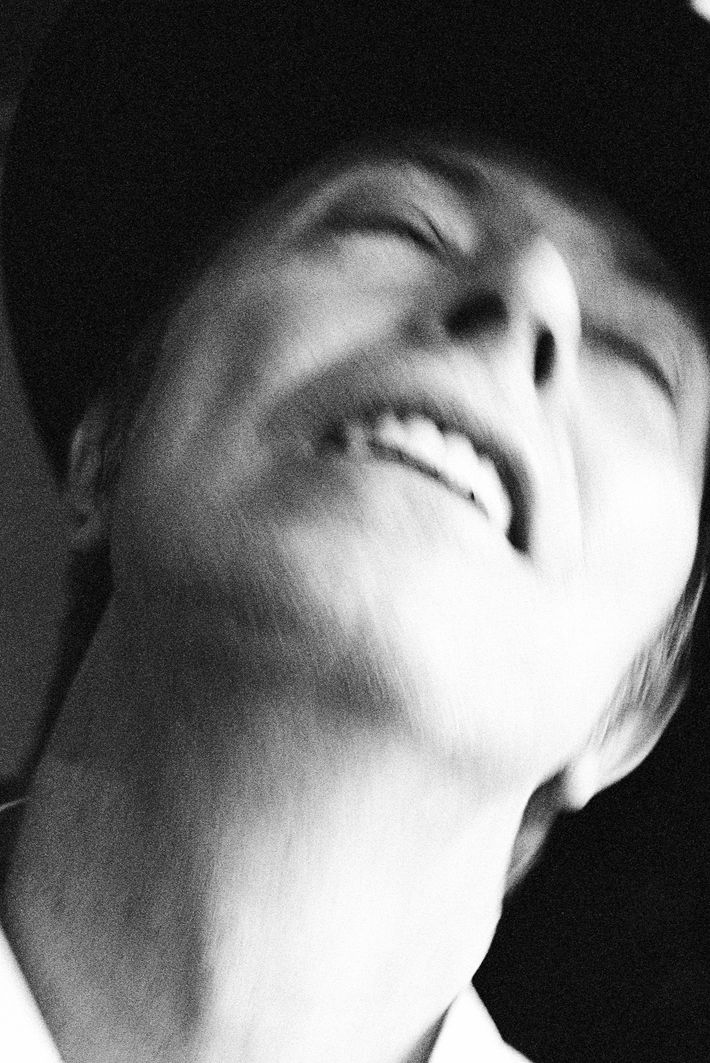 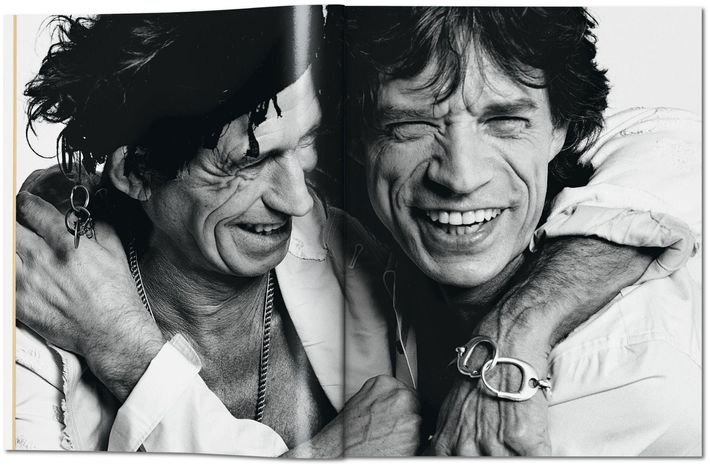 A spread from the book: Keith Richards and Mick Jagger in Los Angeles for British Vogue, 2003. 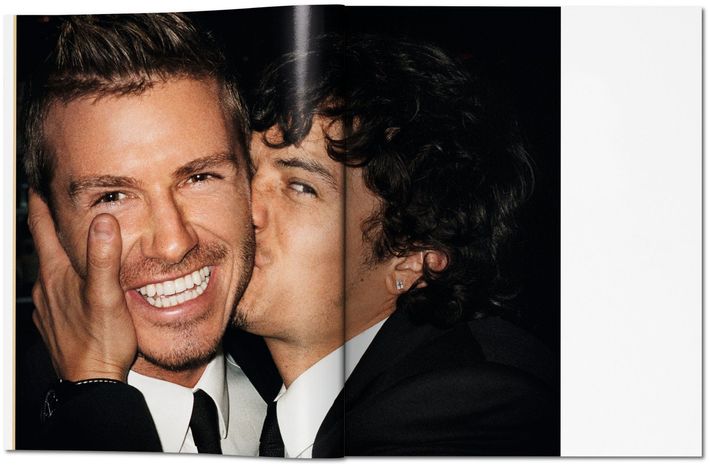 A spread from the book: David Beckham and Orlando Bloom in 2009. 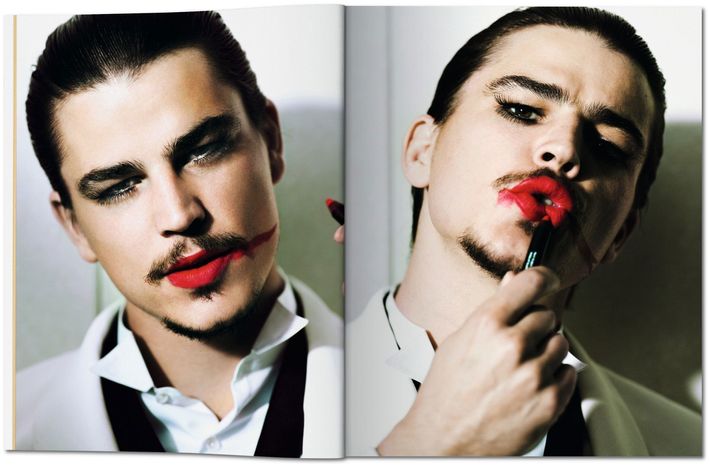 A spread from the book: Josh Hartnett for VMAN in 2005. 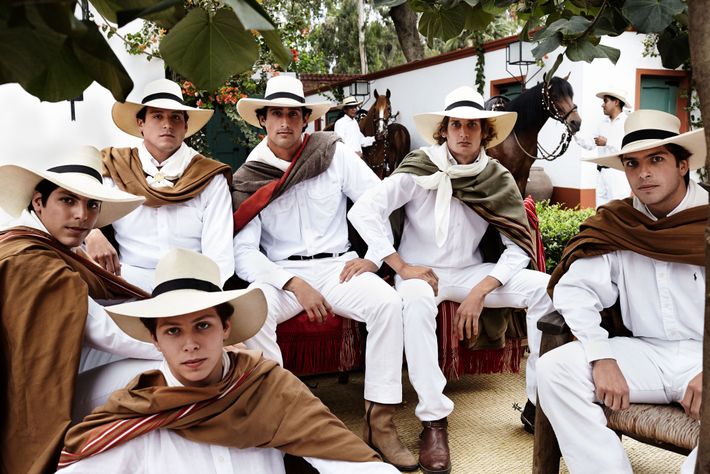 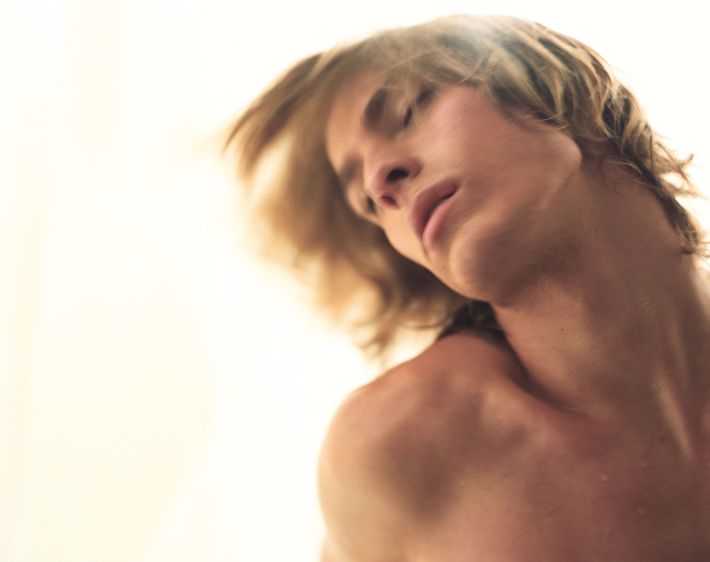 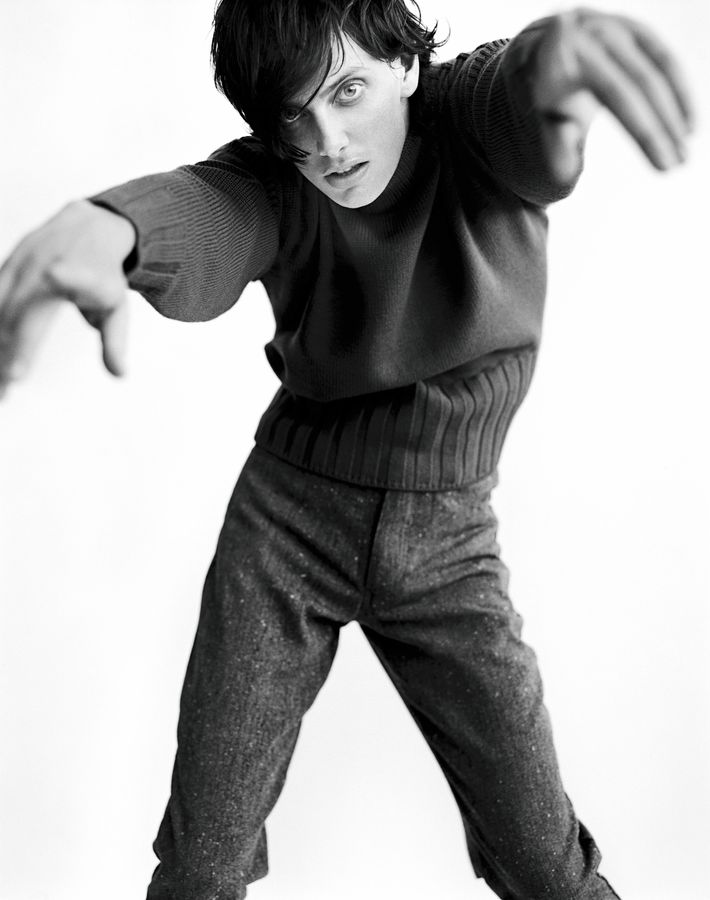 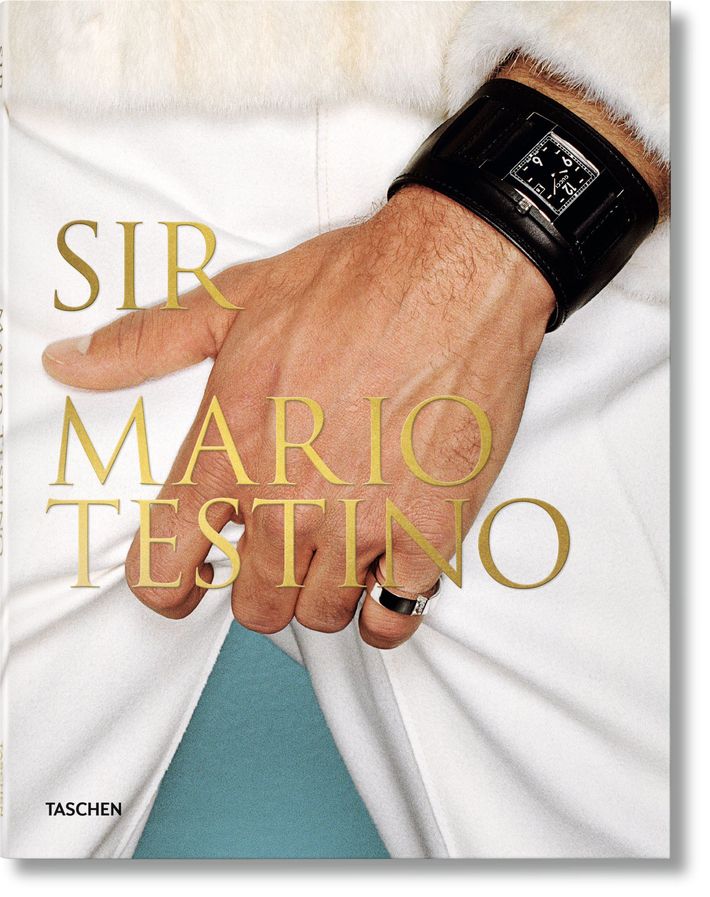 Mario Testino’s Largest Book Ever Is About Fashionable Men

hmmm Yesterday at 4:09 p.m.
The Next ‘It’ Milk Is … Breast Milk? KJ Apa puts it in his coffee, and it sounds as if he’s not the only fan.
hiya jojo! Yesterday at 2:39 p.m.
JoJo Siwa, Is That You? The YouTuber and former Dance Moms star performed a jazz routine while dressed as Pennywise the (Dancing) Clown from It.
collaboration station Yesterday at 2:33 p.m.
Kim Kardashian West Introduces Skims x Fendi Fendi and Skims collaborated on a logomania-heavy, formfitting capsule collection that launches next month with new apparel and accessories.
the bachelorette Yesterday at 2:26 p.m.
Can Anyone Stay Together After The Bachelorette? Bachelorette Katie Thurston and Blake Moynes have broken up.
campaigns Yesterday at 2:17 p.m.
What Is a ‘Ganni Girl’?  Defined through the lens of Richie Shazam.
By Andrew Nguyen
recalls Yesterday at 1:46 p.m.
Caution, This Aromatherapy Spray May Be Deadly The CDC has recalled an air freshener after several people came down with bacterial infections.
childbirth Yesterday at 12:52 p.m.
Gwyneth Paltrow Says She ‘Almost Died’ Giving Birth to Her Daughter In a new podcast episode, she revealed that she had an emergency C-section for her daughter, Apple.
ask a boss Yesterday at 12:00 p.m.
‘I’m Frustrated That My Employees Don’t Want to Return to the Office’ Plenty of people don’t yet feel safe returning.
on the rise Yesterday at 11:12 a.m.
This Designer’s LED Glasses Made J Balvin Slide Into His DMs Meet Tommy Bogo from the Bay.
By Devine Blacksher
culture Yesterday at 9:58 a.m.
This Week on Extreme Makeover: Channing Tatum Edition Zoë Kravitz and her boyfriend/style mentee were seen bopping around NYC in coordinating outfits.
why is your skin so good Yesterday at 8:35 a.m.
How This Nonprofit Founder Gets Her Skin So Good At one point, Deun Ivory says she had a “beard of acne.”
By Daise Bedolla
the cut podcast Oct. 25, 2021
In Her Shoes: Garcelle Beauvais  On this week’s episode, the Real Housewives of Beverly Hills star talks about being the only Black woman in the room and discusses what’s next.
By the Cut
now smell this Oct. 25, 2021
Chanel Is Throwing a Big Birthday Party on Ice For No. 5.
terfs Oct. 25, 2021
All the Fallout From Dave Chappelle’s Controversial New Special Amid widespread backlash to transphobic jokes in his latest set, Netflix continues to stand behind the comedian.
culture Oct. 25, 2021
Vanessa Bryant First Learned of Kobe’s Death Online The late basketball player’s wife testified that she initially found out about the death of her husband and their daughter from social-media posts.
self Oct. 25, 2021
Please, Talk to Your Kids About Abortion My 7-year-old knows what abortion is — and that his mom has had one.
cut covers Oct. 25, 2021
This Is Cynthia Erivo’s Destiny The multi-hyphenate powerhouse talks to Misty Copeland about dreaming big and making it all come true — over and over again.
By Lindsay Peoples Wagner
ask a cool person Oct. 25, 2021
What Are the Best Jeans for Women? Including a pair of jeans “so skinny, they look painted on.”
By Ambar Pardilla
uh oh Oct. 25, 2021
Are John Mulaney and Olivia Munn Still Together, Or … ? According to Us Weekly, their relationship is facing “uncertainty.”
familia Oct. 25, 2021
Vin Diesel Walked Paul Walker’s Daughter Down the Aisle Nothing stronger than family.
More Stories