We tend to take reproductive rights for granted, but from a historical ­perspective, they were won almost yesterday. In the 18th and early-19th centuries, abortion was legal before “quickening,” the point at which a woman could feel her fetus move, usually in the fourth month of pregnancy; abortion after that was considered a common-law misdemeanor. From that point on in this country, there have been battles and negotiations over women’s reproductive lives. (For more on how abortion’s past could become its future, click here.) 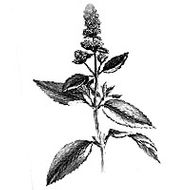 1820s–1830s: Abortifacient herbs and fungi such as savin, pennyroyal, and ergot often kill the women who use them. So states begin to pass poison-control measures, the country’s first abortion-regulation statutes.

1821: Connecticut passes the first statutory abortion regulation in the U.S., banning the use of poison to induce abortions after quickening. The punishment is a life sentence. 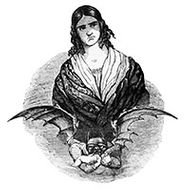 1857: The new American Medical Association begins a campaign to criminalize abortion — partly an effort to put midwives and homeopaths out of business.

1869: The Catholic Church condemns abortion at any stage of pregnancy.

1880s: Abortionists’ tools at the Museum of Contraception and Abortion in Vienna — one tool dating as early as the 1880s. 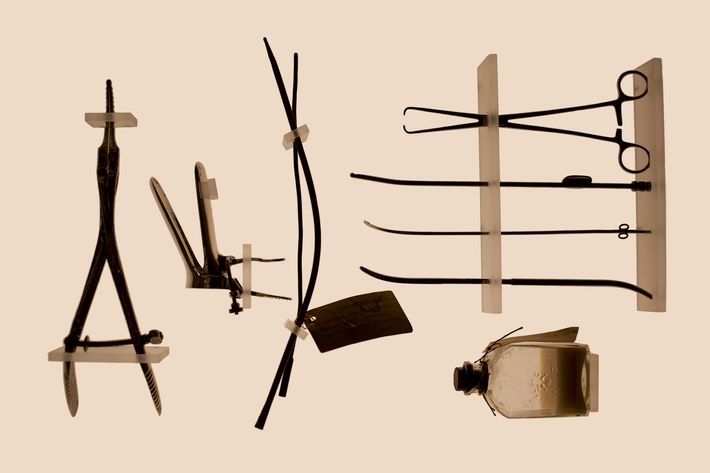 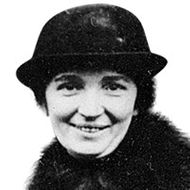 1916: Margaret Sanger is arrested for opening the country’s first birth-control clinic in Brooklyn, the precursor to Planned Parenthood.

1930: Abortion is the official cause of death for 2,700 women, nearly one-fifth of all maternal deaths that year.

1950s: Women in East Germany use the violently vibrating washing machine the “Schallwäscher” to end unwanted pregnancies by placing it on their stomachs. 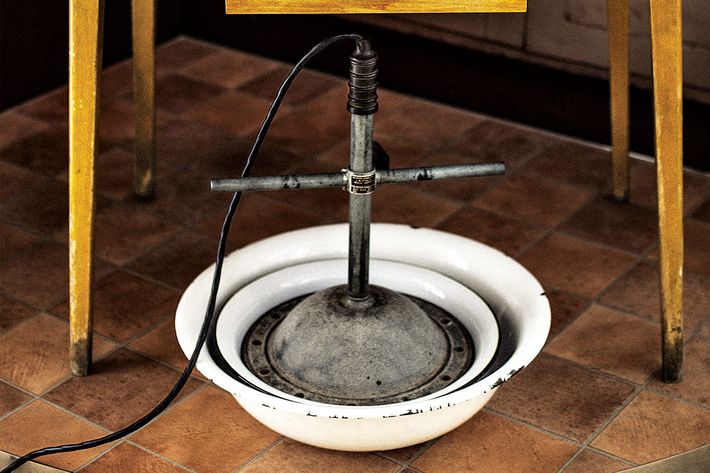 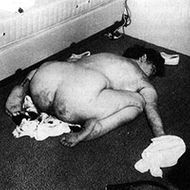 1964: Geraldine Santoro dies in a Connecticut motel after a botched abortion. This harrowing photo is published by Ms. magazine in April 1973 and becomes a symbol of the pro-choice movement.

1965: The Supreme Court rules that an 1879 law criminalizing contraception violates a married couple’s right to privacy, laying the groundwork for Roe v. Wade.

1967: Colorado is the first state to liberalize its laws, allowing abortion in cases of rape, incest, fetal defects, or for mental-health reasons.

1968: A Los Angeles hospital admits 701 women with septic abortions this year, approximately one admission for every 14 deliveries. 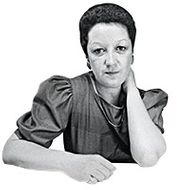 1971: The Supreme Court agrees to hear the case of Norma McCorvey (“Jane Roe”) against Henry Wade, the Dallas D.A. who enforced a Texas law banning abortion except in cases of life endangerment.

1973: In a 7-2 decision, the Supreme Court grants women the right to terminate pregnancies under the 14th Amendment with Roe v. Wade. 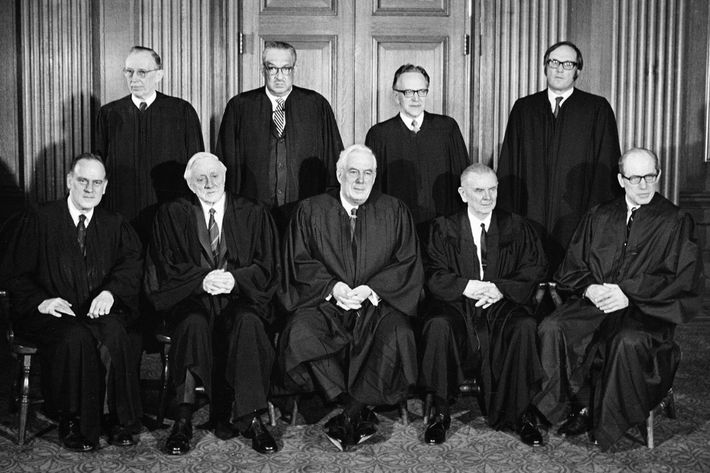 1976: Congress passes the Hyde Amendment, barring the use of Medicaid and other federal funding for abortions.

1984: A clinic and two doctors’ offices in Pensacola, Florida, are bombed by abortion opponents.

1992: Planned Parenthood v. Casey affirms the core ruling of Roe v. Wade but also upholds much of the Abortion Control Act. States will be allowed to restrict abortion access short of imposing an “undue burden.”

1993: Dr. David Gunn is shot and killed by a protester outside his clinic in Pensacola, the first known killing of an abortion provider in the U.S.

1994: In May, in the wake of Dr. Gunn’s murder, Congress passes the Freedom of Access to Clinic Entrances Act (FACE), which makes it a federal crime to block access to reproductive health care.

1994: In July, Dr. John Bayard Britton and a clinic volunteer are shot and killed outside a Pensacola clinic. In December, two are killed and five are wounded during a shooting rampage at two Massachusetts abortion clinics. 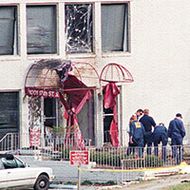 1998: In January, a nail bomb explodes outside a clinic in Birmingham, Alabama, killing a guard and maiming a nurse. Later that year, James C. Kopp shoots Dr. Barnett Slepian, a Buffalo abortion doctor, through his kitchen window.

2000: In June, the Nebraska statute banning “partial-birth abortion” is ruled unconstitutional because it doesn’t make an exemption for preserving the life of the mother, invalidating 29 other state laws.

2000: In September, the FDA approves the abortion pill mifepristone (RU-486) after a decade-long campaign by activists and health-care providers.

2003: Norma McCorvey (“Jane Roe”), who says she regrets her role in the landmark court case, files a motion with a U.S. District Court in Dallas to overturn Roe v. Wade. 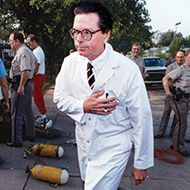 2009: Dr. George Tiller, one of few providers of late-term abortions, is shot and killed while attending church in Kansas.

2015: In March, 33-year-old Indiana woman Purvi Patel is sentenced to 20 years after self-aborting with medication she ordered online. In December, 31-year-old Tennessee woman Anna Yocca is charged with first-degree attempted murder for trying to self-abort with a coat hanger.

2015: In June, the Dutch pro-choice group Women on Waves sends a drone carrying packages of abortion pills on its maiden flight from Germany to Poland, where abortion is severely restricted. The official number of abortions performed in Poland, a country of 38 million, is only about 750 per year, but Women on Waves says the real number is closer to 240,000. 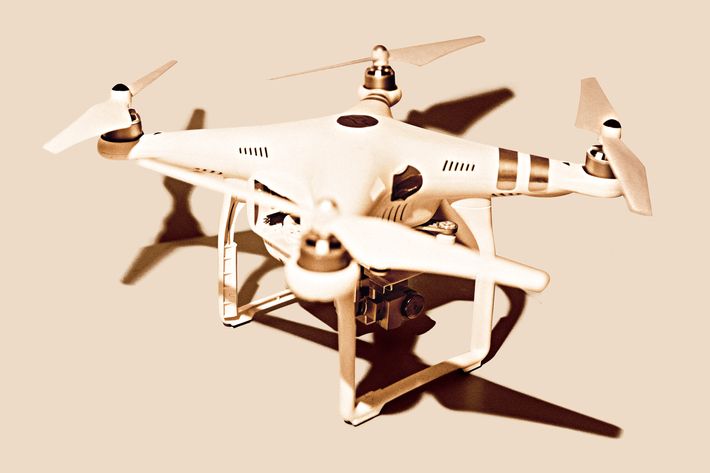 2015: In November, Robert L. Dear Jr. opens fire at a Planned Parenthood in Colorado Springs, killing three and wounding nine. A self-described “warrior for the babies,” he is later found mentally incompetent and unfit to stand trial.

Warning: Abortion’s Deadly DIY Past Could Soon Become Its Future

Timeline: The 200-Year Fight for Abortion Access
wtf 1:38 p.m.
Bryce Dallas Howard Confirms Huge Pay Disparity on Jurassic World “I was paid so much less than the reports even said.”
celebrity 12:46 p.m.
Adele Says She ‘Might As Well Be Married’ to Rich Paul “I’m not engaged. I just love high-end jewelry, boy!”
cut covers 12:08 p.m.
Amandla, Amandla, Amandla The Bodies Bodies Bodies star is the Cut’s July-August 2022 cover star.
By the Cut
gross! 11:56 a.m.
Who Told the GOP About ‘BDE’? A gubernatorial candidate claims Ron DeSantis has it. Of course he doesn’t.
obits 10:04 a.m.
Anne Heche Has Died at 53 The actor suffered severe injuries after a car crash in L.A. earlier this month.
flying high 10:00 a.m.
The Ultimate Celebrity Perk? Climate Disaster. The Twitter account @celebjets gives us insight into Kylie Jenner’s 17-minute flights.
power 10:00 a.m.
Everything to Know About the WNBA Star in Russian Custody Amid ongoing prisoner-swap negotiations between the U.S. and Russia, Brittney Griner’s legal team has appealed her conviction.
garment district 8:00 a.m.
How to Be a Fashion Designer: Sewing Not Required Oluwole Olosunde’s curriculum offers a wide-ranging crash course on the fundamentals of building a brand in the Instagram era.
how i get it done 7:00 a.m.
How Kerry Washington Gets It Done “I’m not good at compartmentalizing and only bringing part of myself into a room.”
By Faith Cummings
astrology Yesterday at 8:30 p.m.
Madame Clairevoyant: Horoscopes for the Week of August 15 As Mars enters mercurial Gemini, you may find yourself easily distracted. Fighting it will only make it worse.
By Claire Comstock-Gay
sex diaries Yesterday at 8:00 p.m.
The Artist Who’s Not Sure She Loves Her Comedian Boyfriend This week’s sex diary.
r. kelly Yesterday at 5:47 p.m.
R. Kelly Denies One of His Alleged Victims Is Pregnant With His Child After identifying herself as the singer’s fiancée, Joycelyn Savage claimed she’s pregnant with his child.
rip Yesterday at 3:51 p.m.
Freya the Walrus Was Too Good for This World The summer icon has been euthanized by Norwegian officials.
rust Yesterday at 1:40 p.m.
Everything We Know About the Rust Shooting An FBI report concludes that the trigger must have been pulled.
shopping Aug. 12, 2022
The $6 Brow Product That Changed My Eyebrows It took me almost a decade to find the perfect brow product.
fashion Aug. 12, 2022
Julia Fox Is Back! And she is giving us the latex looks we’ve been so thirsty for.
feminism Aug. 12, 2022
Who Actually Lost the Sex Wars? And were there any winners? A conversation with Christine Emba, Nona Willis-Aronowitz, and Lorna Bracewell.
friday sales Aug. 12, 2022
19 Things on Sale You’ll Actually Want to Buy: From Ninja to Isabel Marant Including the most effective foot peel and some Chuck 70’s for just $35.
i'd buy that Aug. 12, 2022
Drop Everything, Joan Didion’s Estate Sale Is Coming How much would you pay for a mohair throw that once graced her couch?
do i need this? Aug. 12, 2022
Do I Need Lori Harvey’s Gym Outfit? I couldn’t get with Pilates, but this I can do.
More Stories