The past and present of the city connect at an ingenious Marc Jacobs show. 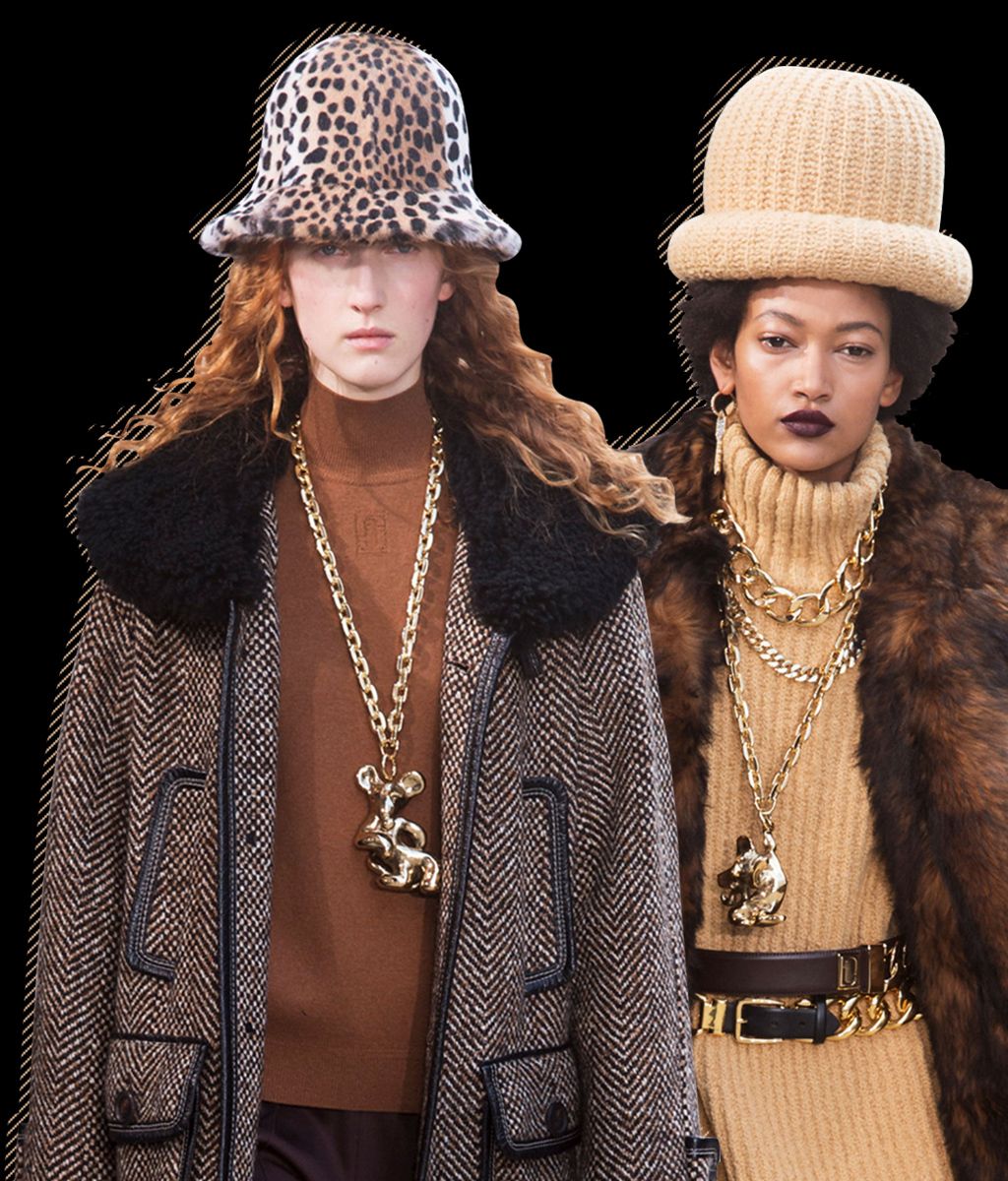 If you’ve ever attended an art fair at the Park Avenue Armory, you know how sprawling the space is. Now imagine it empty, except for two rows of folding chairs facing each other down the center of the wood floor. In between was Marc Jacobs’s fall runway. No set. No photographers. No sound technicians, for indeed there was no music. It made me think of the times Rei Kawakubo of Comme des Garçons had staged silent shows on a bare plywood stage — only amplified by the enormous space, just as a person feels when walking in New York.

In his show notes, Jacobs specifically cited two inspirations: the recent documentary Hip-Hop Evolution and the photography of Joel Meyerowitz. Both influences were apparent, though the New York of the ’70s and early ’80s is probably never far from Jacobs’s mind. What was so striking about the collection, and of course the stillness in which it was presented — the title of the show was Respect — was that it boiled down a contemporary look to its essence. At the same time it connected that look to the New York of memory, immortalized not only by Meyerowitz but also Garry Winogrand. I doubt that connection could have been made if Jacobs had created a set, added music. It depended on that empty space and on one’s imagination, and to a degree on certain cues from the clothes. At a time when fashion companies are so fearful that you might not “get” it or that their Instagram feed is not loaded with images, Jacobs’s concept seemed pretty ingenious.

Central to the collection were coats — the urban dweller’s main statement piece. These were predominantly in vintage shades of brown and deep-red, in tweeds and checks, in plush fabrics. There were also some fantastic denim jackets with rough fleece, which Jacobs paired with denim trousers or minidresses in silk prints or knits. The choice was generally a minidress or polished track pants (or jeans), although there were a few knit pullovers and track jackets in lieu of a coat.

More than in recent Jacobs shows, the accessories really rounded things out — the chunky gold pendants, the antique-brown platform loafers, the domed hats, as well as spangled knit caps (by milliner Stephen Jones), and the flat, metal-framed purses that dangled on neck chains. They looked fresh.

At the end of the show, to the surprise of guests, the main doors on Park Avenue opened, revealing a second mini “show” — on the sidewalk, with music pumped through speakers, as the models came down the front steps and pedestrians watched from the barricades. It amazes me not that Jacobs can find ways to incorporate the city into his shows — he did this at the Ziegfeld Theatre about a year ago — but that he can do so in such a natural manner. Respect indeed.

parties! Oct. 15, 2021
The Bestest Party Looks of the Week All hail Jeremy Strong!
terfs Oct. 15, 2021
All the Fallout From Dave Chappelle’s Controversial New Special Amid widespread backlash to transphobic jokes in his latest set, Netflix continues to stand behind the comedian.
friday sales Oct. 15, 2021
18 Things on Sale You’ll Actually Want to Buy: From Ninja to the North Face Including a top-rated nine-in-one air fryer and the tinted moisturizer that’s fit for all skin types.
parties Oct. 15, 2021
These Young Filmmakers Can (Maybe) Finally Quit Their Day Jobs Talking to the winners of the Through Her Lens program.
going green Oct. 15, 2021
Sustainability is … Sexy? Sure, why not.
;) Oct. 15, 2021
Trump Really Wants You to Know He’s ‘Not Into Golden Showers’ Okay, buddy, sure you’re not ;)
are u coming? Oct. 15, 2021
Out With Gabriel Ocasio-Cortez, AOC’s Hot Li’l Bro “Sometimes you have to throw yourself to the wolves.”
By Brock Colyar
celebrity Oct. 15, 2021
What We Learned From the New Brittany Murphy Documentary The murky details surrounding Murphy’s death all point to her husband, who died five months after from similarly mysterious causes.
keeping up with the royals Oct. 15, 2021
Sorry, Was That a Good Opinion From Prince William? The future king says the money being spent on space tourism would be better spent on curbing the climate crisis, and … correct.
finally!!! Oct. 15, 2021
Call Your Therapist, Adele Is Back Her first single in six years, “Easy On Me,” is here.
the law Oct. 15, 2021
Bill Cosby Sued by Former Cosby Show Actress Lili Bernard claims Cosby drugged and raped her in August 1990.
encounter Oct. 15, 2021
Victoria Pedretti Gives Good Despair The You star credits her rise to a “resting existential-crisis face.”
By Casey Mink
¡hola papi! Oct. 15, 2021
‘I Came Out. No One Cares.’ You have to accept that you can’t control how people react to you.
fashion Oct. 14, 2021
Fashion Season Moments That Made Us Go ‘Ahhh’ The Simpsons, egg-shaped heels, and a hair flip to the gods.
fashion Oct. 14, 2021
Kanye West’s Hoodie Is Making People Happy Kanye made something and people aren’t mad.
encounter Oct. 14, 2021
Don’t Ever Count Kyle Richards Out The Real Housewife is returning to her acting roots on top of a very long to-do list.
By Brennan Carley
erotica Oct. 14, 2021
Stanley Tucci Knows Exactly What He’s Doing His latest lesson: how to pick the perfect zucchini ;)
zen men Oct. 14, 2021
Jonah Hill Doesn’t Want to Hear What You Think of His Body No comments, please.
$$$ Oct. 14, 2021
What’s Your Wedding Like When Your Parents Are Billionaires? Jennifer Gates, daughter of Melinda and Bill Gates, is getting married this weekend.
gone sale-ing Oct. 14, 2021
What You Should Buy From Entireworld’s Closing Sale RIP to our official WFH uniform.
More Stories