Christy Turlington Burns is a model, mother, and CEO and founder of the maternal-health organization, Every Mother Counts. She’s appeared on over 300 magazine covers, and in George Michael’s “Freedom” video. She and her husband, filmmaker Edward Burns, are the campaign stars for Calvin Klein Eternity and the new fragrance, Calvin Klein Intense. The Cut talked to the six-time marathon runner about why she keeps running so much, how her ex-boyfriend introduced her to yoga, and why being able to touch your toes is all in your mind.

How I start my mornings: Usually, behind the ball. No one in my household is a morning person. We don’t sleep in. We want to, but we don’t. We’re running out the door to get the kids to school on time.

For breakfast, everyone does their own thing. My kids are both in middle school and aren’t really that hungry because they’re too groggy when they wake up. We make them smoothies. We have a Vitamix, I’ve had the same one since 1990. They’re made well. You can make ice cream or soups, not that we do that very often. I first got it when I went to a place now that’s really popular, but at the time was like a little dump, called We Care in Palm Springs. Someone did a demo. I bought one because when you’re in a demo with five people, you feel bad. But it’s amazing that it’s lived this long, hasn’t broken down, and still works.

I’ll make coffee or tea and eat something after the gym. I’m not a morning eater either. I don’t even know what my husband does. My day starts when they’re off and I’ll go to the gym or for a run and then to the office.

How wellness changed for me: I’ve been pretty health-minded for a long time. When I was a teen, I was a cigarette smoker. Even then, I was doing yoga and exercising, so in my mind somehow, I was able to come to terms with it. 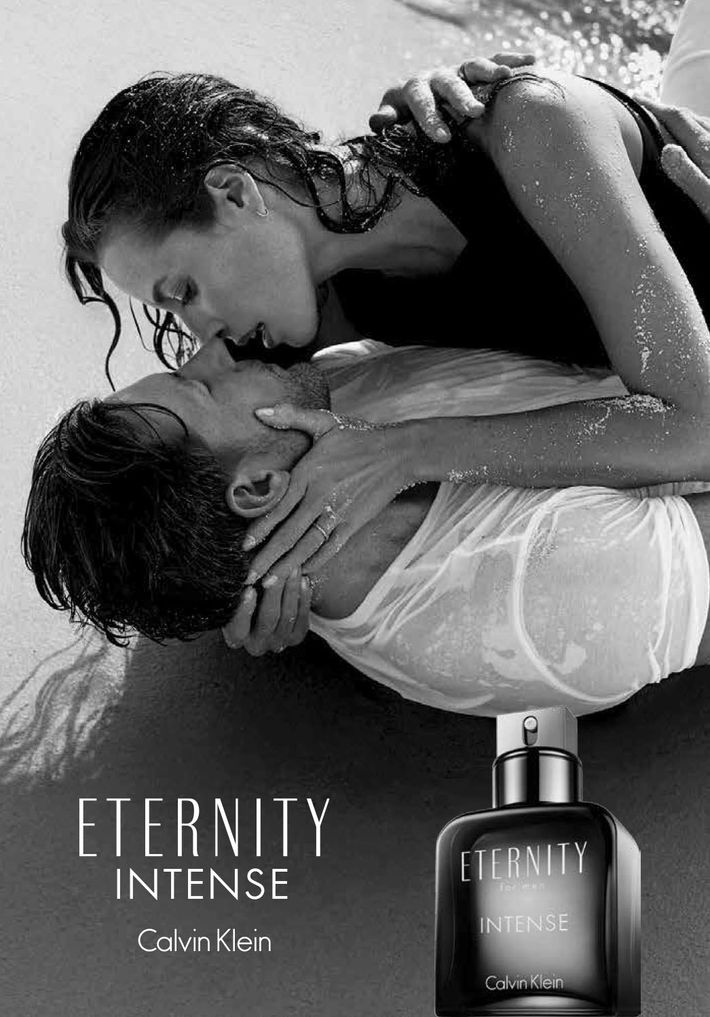 I thought about wellness in my modeling days, too. I started doing yoga then. When I was working and traveling a lot in the early days, I would go to a spa or yoga retreat for my vacation. I knew that going so fast, flying all the time, and not having those breaks wasn’t healthy. I learned early on in order to be my best with the work schedule I had, I needed to take care of myself. Now, because I do endurance running, I feel so much stronger than I have during any other time in my life.

On the new Calvin Klein Eternity Intense campaign: It’s very From Here to Eternity, which it’s a little inspired by. The original campaign was more inspired by Calvin and his own life. We’re a couple and it’s about our relationship and the intimacy. Inez & Vinoodh are the directors and tell you what to do. It didn’t feel very staged or unnatural. There wasn’t a lot of posing. I was fluid and moving. For the most part, it was a moving camera. A lot of turning, holding hands, and a bit of a dance. It was shot over two days in Turks and Caicos.

How I sweat: Yoga and running are my two main loves and what I crave and enjoy the most. Sometimes, I’ll do a random class here or there as a social thing. I mostly run outdoors but if it’s below 22 degrees, I’ll go indoors. We have a treadmill in my office and there’s a class called Mile High Run Club, which is fun. In the past, when I’ve done races in the spring and have to run in the winter, I’ll do a double class to get the miles in. I’m currently training for a half and doing long runs on weekends and short runs indoors at Barry’s Boot Camp — but only because it’s right down the street.

On running: I started running five years ago. I run in silence — no music — because everything I did when I first started running is the way I’ve kept it. I started running on a road in Long Island where there were a lot of cars going really fast. I wanted to be able to hear what was around me. But then I started to really appreciate having silence and it became more of a meditation practice for me.

On marathons: Right before a marathon starts, there’s almost always that feeling of, I can’t believe I’m doing this again. But after, I feel euphoric. You feel like such a warrior, even if you’re so exhausted during it. As soon as you cross the line, you’re like, Incredible! Which is why people do it again and again. I’ve never finished and not felt good.

After long runs, I do salt soaks. I’m a big Epsom salt person. And if I can’t do that right away, that slows me down and makes me more sore. After my first marathon, I got on the plane the next day and flew to Bali. That’s not a smart thing to do for any reason, least of all potential blood clots. But I didn’t know any better and had a commitment. Now I give myself a day or so after with a little soaking and yoga. Cold baths also help. I also do acupuncture.

On yoga: I went to my first Kundalini yoga class in L.A. My boyfriend at the time was a meditator and did some yoga. I was like, Oh, what’s that you’re doing? Looks cool. I went the first time with him, I stuck with it and then dropped him. [Laughs]

Over the years, I’ve tried lots of yoga. I’m more into Iyengar yoga, that’s precise and alignment based. I like moving postures, more fluid savasanas. I studied philosophy and Eastern religion in college. My depth of knowledge around yoga and its origins made the practice more enriching. 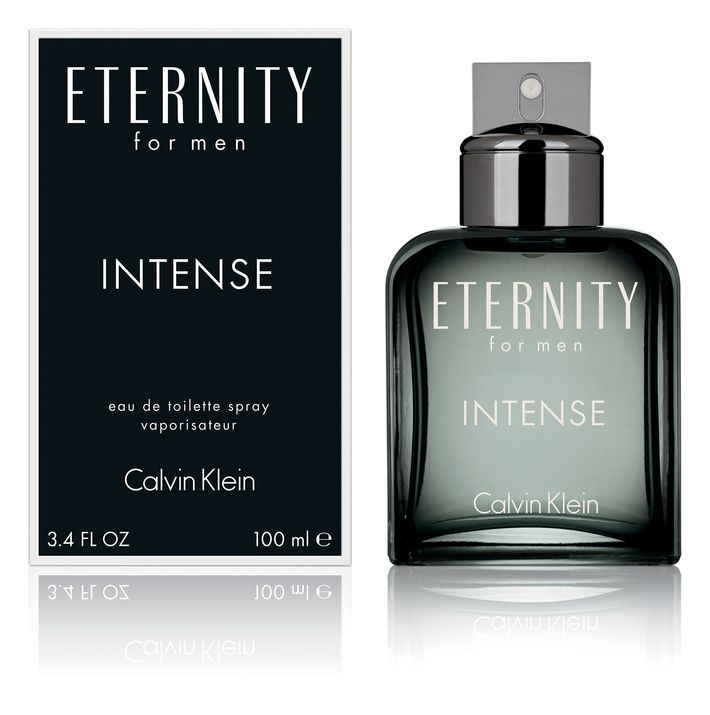 On smoking and women’s health: As a young kid, I didn’t think of smoking as addictive. My dad was a smoker. I think part of me was mimicking him or emulating his behavior. By the time I was 18, I knew it was gross to get up in the morning and have a cigarette and coffee. And to walk up stairs and feel winded when you’re 18, that’s just stupid. For a couple years, I’d quit for a year and went back. At 25, I quit for good.

Two years later, my dad died of lung cancer. I knew I would never smoke again. My early public health advocacy was talking about cessation. In the ’90s the Surgeon General first issued a warning about women and tobacco, which is crazy. Like, we’ll study men but not women! And sure enough because of our reproductive system, it’s more dangerous for women to smoke than it is for men. That took me down the path of women’s health and preventive health care.

My wellness advice: It’s never too late — or too early — to start a yoga practice. My mom got into yoga after my dad died, in her late 50s. She’s 77. Kids are natural yogi. Every child is flexible and can bend. Starting yoga early and keeping it in your life is the best way to do it. But flexibility is more of a mental thing. You’re not flexible in your body because you’re not flexible in your mind. You have to be open. Baby steps.

Christy Turlington on Her New Calvin Klein Ad and Marathons

celebrity 15 mins ago
Ashton Kutcher Says Vasculitis Left Him Temporarily Blind The actor shared that the rare autoimmune disorder caused him to lose his vision, sight, and balance for nearly a year.
sigh 3:08 p.m.
Male Actor Doesn’t See the Point of Intimacy Coordinators Sean Bean claims the role — designed to protect actors filming sex scenes — would “inhibit” his performance.
how does it fit? 2:47 p.m.
Are Reformation’s Best Sellers Worth It? The Cut Shop team tries out three of the brand’s best-selling pieces, on a range of body sizes.
red carpet 2:22 p.m.
We Ranked Brad Pitt’s Bullet Train Red Carpet Outfits Get ready for a lot of drawstring suit pants.
do i need this? 1:00 p.m.
The Dapper Dan x GAP Hoodie Collab Is Back To celebrate the Harlem legend’s birthday, Gap surprised customers with a new drop of the coveted hoodie.
brooding 12:31 p.m.
Sleepover Kits Are About Making Content, Not Playing Pretend Kids don’t need to glamp.
By Kathryn Jezer-Morton
are u coming? 12:12 p.m.
Straight-Boy Swooning Over the East Villains TikTok Crew Guess which one’s nickname is “Phantom Smoocher”?
By Brock Colyar
5 questions with... 11:04 a.m.
Tonya Lewis Lee Spotlights the Black Maternal-Health Crisis in Aftershock The documentary’s co-director explores health advocacy through art.
climate change 10:01 a.m.
What to Know About the New Climate Deal The Senate just passed the country’s most ambitious climate legislation to date.
lies 9:53 a.m.
Alex Jones Owes Over $49 Million for His Sandy Hook Lies After a jury ordered him to pay one victim’s parents $45.2 million in punitive damages.
how i get it done 7:00 a.m.
Sounds Like Working at LEGO HQ Is As Fun As You’d Imagine “We have LEGO bricks in every conference room. It’s encouraged in meetings that we make playful games.”
By Olivia Luppino
astrology Yesterday at 8:30 p.m.
Madame Clairevoyant: Horoscopes for the Week of August 8 On Thursday night, a full moon in Aquarius ignites your rebelliousness.
By Claire Comstock-Gay
sex diaries Yesterday at 8:00 p.m.
The Grad Student Who Meets Someone on Facebook Marketplace This week’s sex diary.
ugh why Yesterday at 6:19 p.m.
Kevin Federline Has Some Issues With Britney Spears’s Instagram Spears responded, calling his statements “hurtful.”
celebrity Yesterday at 3:33 p.m.
Kardashian News Drop: A Baby and a Breakup Khloé Kardashian welcomes another baby as Kim Kardashian and Pete Davidson reportedly break up.
celebrity Yesterday at 12:41 p.m.
Kim Kardashian Reportedly Resigned As Queen of Staten Island Her nine-month relationship with Pete Davidson is allegedly done.
backlash Aug. 5, 2022
What Is Going On With Jackie Aina? Her latest Forvr Mood collection was supposed to be an ode to Nigerian culture. Some fans aren’t sold.
celebrity beauty encyclopedia Aug. 5, 2022
An Encyclopedia of Celebrity Beauty Brands Here are over 60 products that famous people have made for your face.
By Daise Bedolla, Kathleen Hou, and Erica Smith
friday sales Aug. 5, 2022
20 Things on Sale You’ll Definitely Want to Buy: From Everlane to Patagonia Including two deals exclusively for Strategist readers.
parties! Aug. 5, 2022
Karen Pittman, Naomi Watts, and More of the Bestest Party Pics From the Week All of our favorite looks to kick off August.
More Stories