For February’s book club, the Cut’s writers and editors are managing their political neuroses by rereading dystopian classics like 1984 and The Handmaid’s Tale. We’re also exploring provocative new fiction by Miriam Toews and Man Booker Prize–winner Han Kang, whose female-abjection tale The Vegetarian might be the most interesting thing you’ll read all year. Check out all the books we’ve recommended so far here. 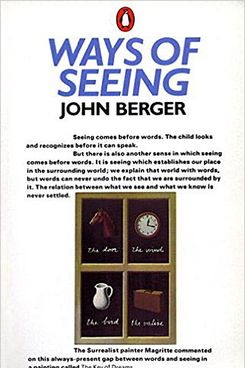 1. Ways of Seeing by John Berger
“When art critic John Berger died in January, I found myself mourning by revisiting Ways of Seeing, the book that was influenced by his BBC series of the same name. If you have even a mild interest in shifting your perspective on art — Why is that painting valued at such a high price? Why must we always look at nude women? Who gets to speak and why? — Berger is your man. He dismantles art’s preoccupation with the male gaze, and much, much more in Ways of Seeing. When you’re done with the book, catch the whole series on YouTube.” — Dayna Evans, senior writer 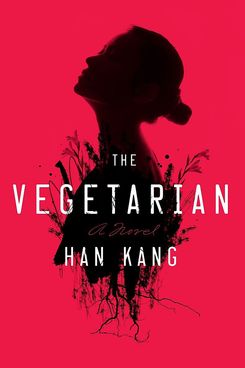 2. The Vegetarian by Han Kang
“When a young housewife named Yeong-Hye has a violent dream, she decides to become a vegan, much to the dismay of her husband and family. After they can’t convince her to start eating meat again, she starts behaving in increasingly bizarre ways, eventually ending up in an institution. The novel, which won the Man Booker Prize in 2016, illustrates what it’s like to be cast out of society for an unpopular belief, and it’s as creepy as it is engrossing.” — Jessica Roy, news editor 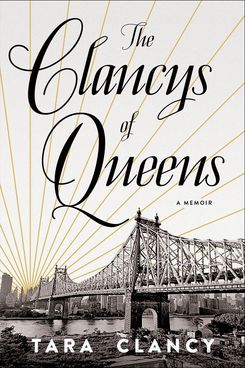 3. The Clancys of Queens by Tara Clancy
“Tara Clancy had the sort of childhood you could only get in New York. Her parents divorced when she was young, and she wound up splitting her time between her grandparents’ working class neighborhood in Queens, the old boat shed in Broad Channel where her dad lived, and her mother’s boyfriend’s house in the Hamptons. It’s a great coming-of-age memoir, and it’s a quick and enjoyable read.” — Lisa Ryan, staff writer 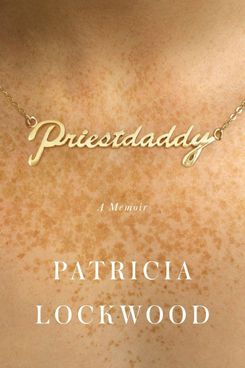 4. Priestdaddy by Patricia Lockwood
“Patricia Lockwood’s new book is named Priestdaddy, and the first thing you must know is that it absolutely lives up to its title. It’s a wildly entertaining memoir about her family — especially her dad, a married Catholic priest — her upbringing, and the time she and her husband had to move home for a spell. Lockwood is notably hilarious (and notably perverted); in Priestdaddy, her humor and poetic descriptions are both impressively prolific, every sentence somehow funnier than the one you just read and on and on and on. I am happy to say that I will remember one particular passage about explaining feeder fetishism to an Italian seminarian for the rest of my life.” — Gabriella Paiella, Staff Writer 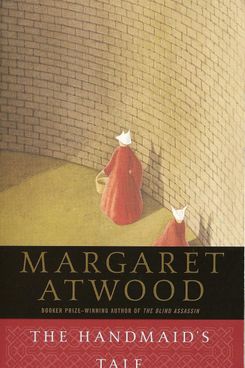 5. The Handmaid’s Tale by Margaret Atwood
“Hulu’s serialized adaptation of The Handmaid’s Tale comes out in April, and the timing couldn’t have been more prescient. Margaret Atwood’s 1985 dystopian classic envisions a near-future America under the rule of a fundamentalist theocracy in which women’s bodies are property of the regime, and ‘handmaids,’ like the narrator Ofglen, are forced to serve as child-bearers for the ruling class. When I read it for the first time, back in high school, it felt like fantasy. Reading it now — particularly the descriptions of how the regime quashed protest, took away women’s rights, and sowed panic in order to rapidly consolidate power — feels a little too close for comfort.” — Anna Silman, culture writer 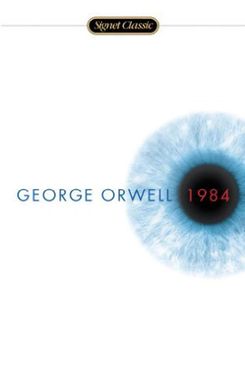 6. 1984 by George Orwell
“Thanks to Kellyanne Conway and her ‘alternative facts,’ sales of Orwell’s dystopian classic are on the rise — luckily, I had this one on my shelf already. My first introduction to 1984 was, like most people’s, in high-school English class, but I’ve read it about ten times since then. Written in 1949, this was Orwell’s vision of a future ruled by a totalitarian government called The Party where war never stops and even dissident thoughts are considered a crime. I’m thinking of this 11th read less as pleasure and more as preparation.” — Claire Landsbaum, Staff Writer 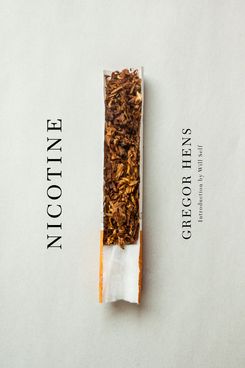 7. Nicotine by Gregor Hens
“One of my dear friends gave me this book as a gift earlier this year. The author, an ex-smoker, reflects on his decades-long addiction to nicotine — from the first cigarette to his many, many last cigarettes, using addiction as a vehicle for exploring memory, and the ways in which the two are intrinsically connected. Cigarettes are an overwrought cultural fixation. There are too many books, essays, movies, and songs about cigarettes. But Nicotine somehow manages to feel fresh in spite of that. Ultimately, it’s a book about longing, and you don’t need to be a current or former smoker to relate to that.” — Aude White, Communications Manager 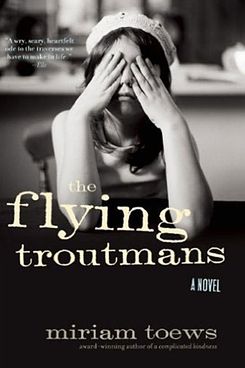 8. The Flying Troutmans by Miriam Toews
“Much of Miriam Toews’s work is about loving difficult family members unconditionally, and this book is no exception. In Troutmans, our narrator, Hattie, comes to the aid of her tween niece and teenage nephew, whose mother — Hattie’s sister — has been institutionalized. Deciding the children’s biological father should maybe step in, the trio set out on a road trip to find him. Just the way you might expect, events and people unfold in unexpected ways — the teenager disappears in the middle of the night, the father is another place entirely, and the tween, told she can buy anything, chooses a white double-breasted jacket with matching trousers. Throughout, Toews treats her characters with humor, fierce love, and nuance so finely tuned it’s easy to overlook the exquisiteness of her prose. You’ll finish the book not quite knowing what happened, and be better for it.” — Jen Gann, Parenting Editor 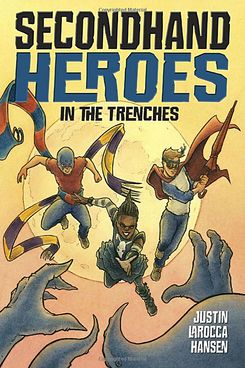 9. Secondhand Heroes: In the Trenches by Justin LaRocca Hansen
“Seeing these kids fight against a would-be evil dictator (the story starts in a dystopian future thanks to a time traveling trunk) is oddly reminiscent of what is happening today. It makes me think the only thing that can get us through our current situation might be magic, but it also gives me a bit of hope for the future of our country, even if they are just characters. These heroes — two brothers and my favorite speedy little girl, Elvira — use their innate goodness, super-powered objects, and teamwork to battle the evil Trench, who you meet in the first volume (so get that too), but the adventure isn’t over at the end of the book. The cliff-hanger leaves you wanting more and waiting impatiently for book three. Give it to us now!” — Raydene Salinas, Photo Editor

what we know 6:45 p.m.
Texas Officials Acknowledge Botched Police Response to School Shooting The local police chief in charge delayed confronting the gunman — while kids trapped inside the classroom repeatedly called 911 asking for help.
burnout Yesterday at 4:00 p.m.
When to Just Quit Already How to figure out it’s time to move on — and be okay with it.
uvalde Yesterday at 2:40 p.m.
What We Know About the Police Response to the Uvalde Shooting Authorities have now said that not breaching the classroom the shooter occupied for more than an hour was “the wrong decision.”
obsessive tester Yesterday at 2:24 p.m.
I’m On the Hunt for the Best Sunscreens Without a White Cast These are my current favorites.
gone sale-ing Yesterday at 2:10 p.m.
I Didn’t Know Luxury Until I Got These Linen Sheets And they are currently 15 percent off.
q&a Yesterday at 2:00 p.m.
Is Somewhere Good the Future of Social Media? We spoke to Annika Hansteen-Izora, the designer of the app, about slowing down and truly connecting.
as told to Yesterday at 1:48 p.m.
How Teachers Talked About Uvalde With Their Students After the Texas school shooting, educators share their fears and frustrations.
By Bindu Bansinath
style Yesterday at 1:41 p.m.
The Best Looks From the Cannes Film Festival All hail the ball gown.
action item Yesterday at 1:15 p.m.
How to Help the Uvalde Community From supporting Robb Elementary School families to pressing for gun-control legislation.
gun control Yesterday at 1:06 p.m.
Jacinda Ardern’s Commencement Speech Could Not Be Timelier “We knew we needed significant gun reform, and so that is what we did,” New Zealand’s prime minister said.
q & a Yesterday at 12:36 p.m.
Meet Koa, the Beauty Brand Celebrating Hawaiian Culture The company is making it a priority to share the culture of Hawaii with the world.
celebrity Yesterday at 12:27 p.m.
Another Celeb Has Shared Their Thoughts on Depp v. Heard Dominic Fike said during a performance that he has “visions” of Amber Heard “beating me up.”
gun violence Yesterday at 12:24 p.m.
The Supreme Court May Be About to Expand Gun Rights Even More In June, the Court could rule New York’s concealed-carry-license regulations unconstitutional.
i tried it Yesterday at 12:00 p.m.
Can Reciting a Daily Mantra Make You Treat Yourself Better? For weeks, I’ve been repeating kind messages to my reflection.
father's day Yesterday at 10:28 a.m.
What Our Editors Are Gifting Their Dads Spoiler warning for Cut dads.
gun control Yesterday at 9:45 a.m.
The NRA Will Still Hold Its Conference in Texas This Weekend Ironically, attendees will not be allowed to bring guns to the event.
health Yesterday at 8:49 a.m.
The Baby-Formula Shortage Won’t Get Better Anytime Soon FDA commissioner Dr. Robert M. Califf said that shelves should be restocked by late July.
encounter Yesterday at 8:00 a.m.
The Hostess Who Kept Their Secret Grace Faison — the 97-year-old Brooklyn Heights fixture — opens up about secretly housing women seeking illegal abortions in the late ’60s.
By Eliza Gray
lawsuits May 26, 2022
Amber Heard Says Her Defamation Trial Is ‘Humiliating’ and ‘Painful’ On the last day of testimony, Heard again denied claims from Team Depp that she lied and falsified evidence.
uvalde May 26, 2022
‘As Teachers, We’re Expected to Put Our Lives on the Line’ An educator near Uvalde feels the weight of the Texas school shooting.
More Stories