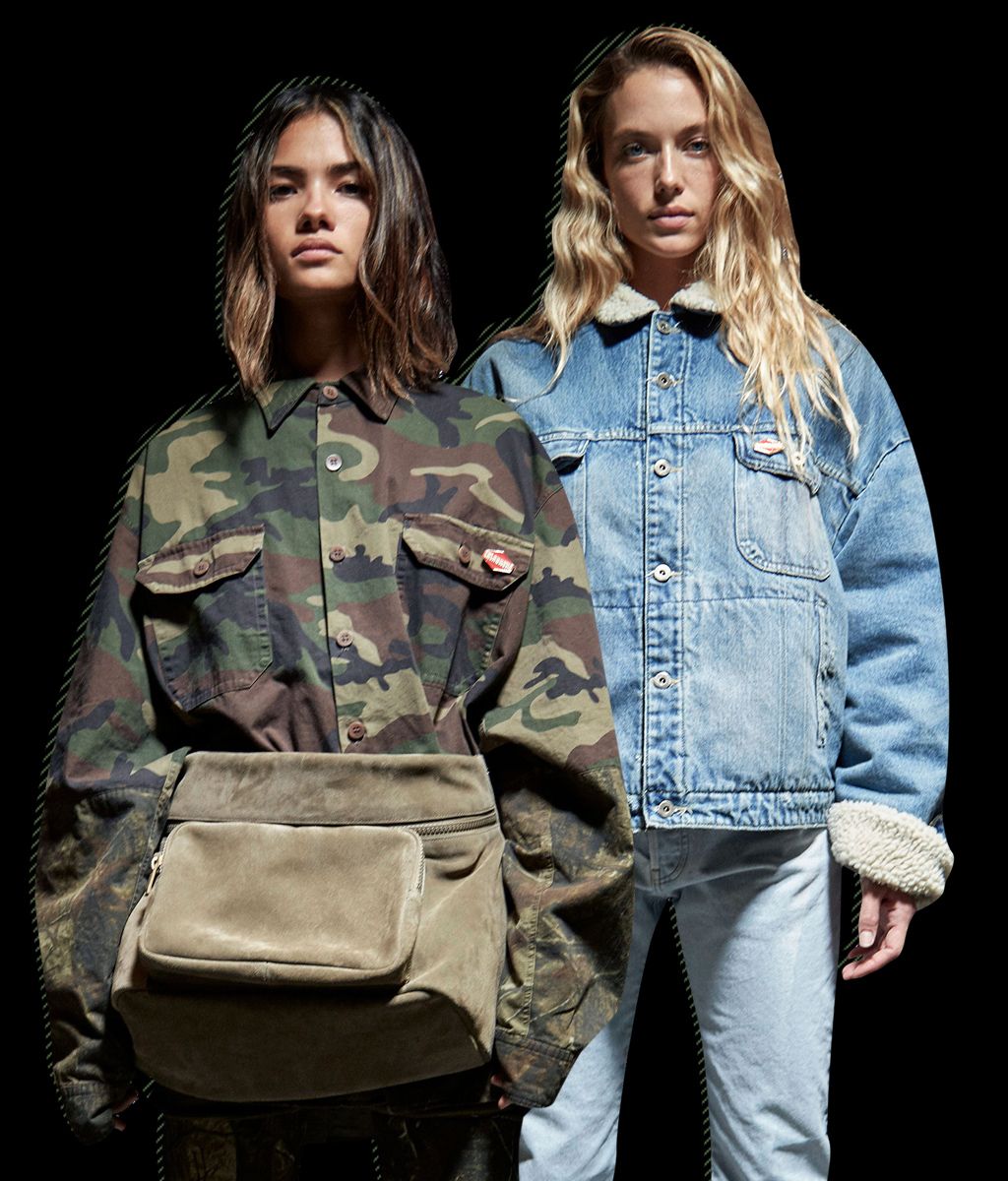 Kanye West wasn’t doing interviews after his latest Yeezy show. People — his manager, friends — tried to persuade him, but each time the answer was no. For once, maybe West was doing the right thing: He was letting the clothes speak for themselves, and the fact that the clothes were capable of doing that is progress. This was his fifth Yeezy collection, in a studio yesterday at the Chelsea Piers, and in every way it stood apart from the others. No hifalutin Vanessa Beecroft presentation. No arduous mess, like last season on Roosevelt Island. No egocentric staging at Madison Square Garden.

No, this time West put everything in proportion. In the center of the square studio was a high square tower covered in black cloth, on which images of the models were live-projected. Each one stood on a revolving platform — a simple idea that allowed the back of the garments to be seen, because on some hoodies and jackets were the words “Calabasas” or “The Hills.” The projections also made fairly ordinary clothes seem larger than life. At the end, the models came out and took one turn around the studio. I was told that Carine Roitfeld helped with styling; if so, it was with a gentle hand.

With Yeezy merch apparently selling out regardless of its derivative nature up to this point, one could argue that it makes little difference that the designs now look more coherent and substantial than in the past. But I think it matters a great deal to West that the fashion industry views him seriously and not as a perpetual wannabe. This collection certainly claims its place — with its low-key versions of double denim, a plaid CPO jacket and sweatshirts in a nice faded shade of teal, the many cool parkas, and a blast of double camo with matching over-the-knee boots.

May we never see a beige bodysuit again.

As this Yeezy show so simply and artfully demonstrated, clothes and production need to be in balance. Elaborate staging will not camouflage weak design. On the contrary, it exposes it. That was the problem at Ralph Lauren last night, where 100,000 fresh orchids, along with a diverse cast of beautiful models, could not conceal the dullness of the clothes. The spring styles — part of the company’s see-now-buy-now plan — were heavily in sand tones, with a vague desert or safari theme, and too many unstructured styles — a poncho, say, or a floaty gown — in wispy silk. It seems to me that the Lauren company has allowed the market to dictate what its designers create — hence, such popular styles as silk jogging pants or a soft leather bomber jacket.

And what’s wrong with giving the market what it wants? Nothing. It’s done every day. But fashion is not a smartphone or a pair of headphones. It’s incredibly fickle, it changes constantly, and it faces competition from everywhere. For that reason, fashion designers must create some things that involve risk — that attempt to anticipate what the average person cannot yet see. They’re called dreams, and they used to be Ralph Lauren’s specialty.

Narciso Rodriguez also worked within a fairly narrow range of fabrics — crepe, leather, wool, silk, black mesh — and, as always, a narrow palette of black, white, and tan with shots of cool color. But the impact was completely different. From the first outfit — slim black pants with a matching racer top, inset with a narrow ladder of bands — to the last — a black gown with thin halter straps overlaid with trailing black chiffon — the collection was like a steady drumbeat of considered choices. Here was a collarless white silk shirt with a V-neck — so different from the basic white men’s shirts we’ve seen all week — shown with a side-slit black skirt. The skirt, too, was different because Rodriguez had placed a wide band of the fabric halfway down the slit. It prevented the skirt from flapping open, but it also suggested the top of a stocking.

Rodriguez, although a minimalist and working with far fewer resources, is a lot like the late Yves Saint Laurent: He relies on small changes of cut or embellishment to advance his fashion. He keeps the sexuality on a low flame — no need to raise the heat. He’s speaking to the sophisticated, to the already converted. And if you’re paying attention, you see and feel everything.

Thom Browne, setting his show around a grayish make-believe skating pond with too much grayish men’s-inspired tailoring, didn’t quite lift the spirit this season. Derek Lam’s emphasis on eclectic separates worn in eclectic ways (a clingy red turtleneck worn with a bright lavender leather skirt) made you sometimes think of a nutty aunt. However, bear in mind a superb navy wool coat with tiger-lily embroidery edge in white, his well-done asymmetrical skirts, and his fresh use of shell tops.

No one knows how to package a show better than Michael Kors. A string orchestra, under the direction of Michel Gaubert and conducted by Thomas Roussel, performed hits by the Eurythmics, Lady Gaga, and Beyoncé, while Kors piled on the supers, the sporty glamour, the fur-draped lamé, and finished with Julia Nobis in a long-sleeve black satin cocktail dress trimmed on the bias in long black fringe. To invoke the soul of Henderson the Rain King, I want! The glamour was a bit stagey, and some of the day clothes looked old, but the total effect, as Kors knows perfectly well, worked.